If you happen to pass by Shelburne Avenue in Becker, Minnesota – keep your eyes peeled for a gigantic T-Rex snow sculpture in the neighborhood just a few blocks north of Highway 10. The colossal frozen artwork stands on the yard of Paul Larcom who has made a tradition of making sculptural pieces out of snow every winter. He has been doing it for years much to the delight of the neighborhood. Every year, his neighbors look forward to see his winter art performance. Most of them anticipating what theme he has come up for the year.

On his Facebook page, Larcom unveiled the theme he picked up for this year’s project. He shared photos of a massive T-Rex snow sculpture inspired by the film series Jurassic Park. The realistic replica stands 12 feet tall and 23 feet long with astonishing details that looked like it came straight out of the movie. This is Larcom’s largest piece so far which took him three weeks to complete.

The incredible T-Rex sculpture wasn’t entirely made of snow. The frozen statue is made of wooden frame underneath to keep it more stable. It is then covered with layers of snow and shaped using a sculptor’s loop tool. Then he attached the sharp teeth which he individually created entirely out of snow. He brings the icy monster come to life with colors by spray-painting the piece with brown and yellow pigments. 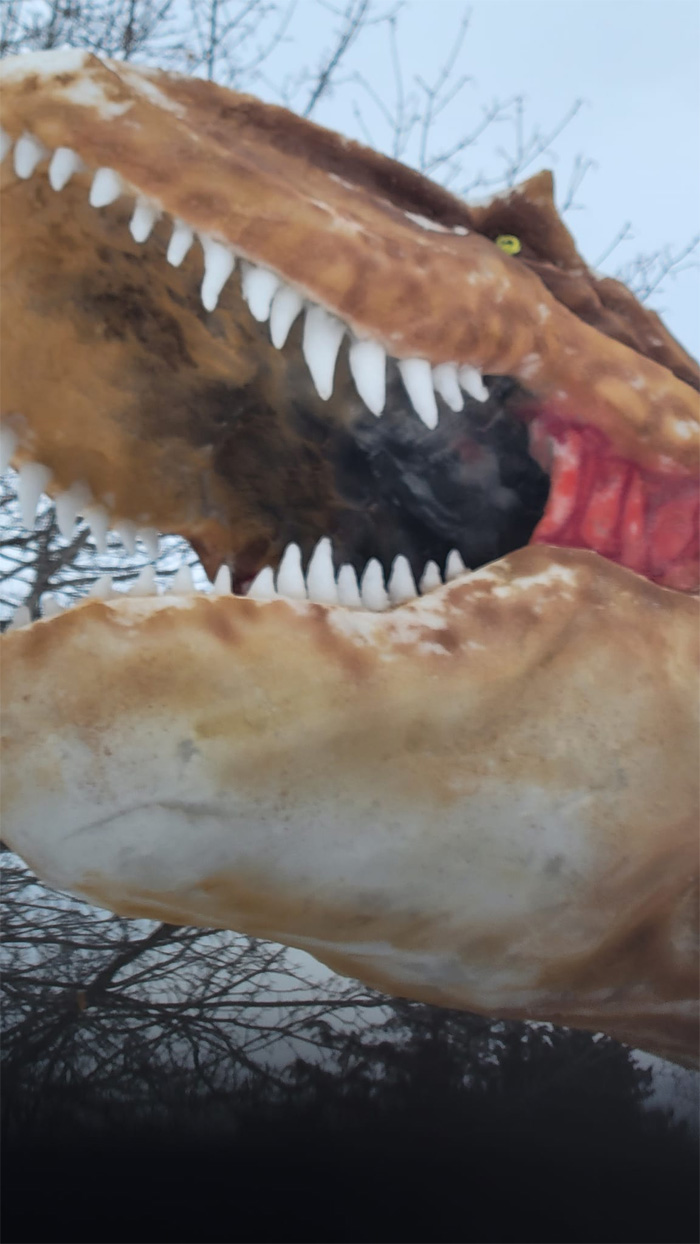 “I really wanted to try and make something really big this year so I thought I’d make a snow T-Rex from Jurassic Park.”, Larcom wrote on his post. 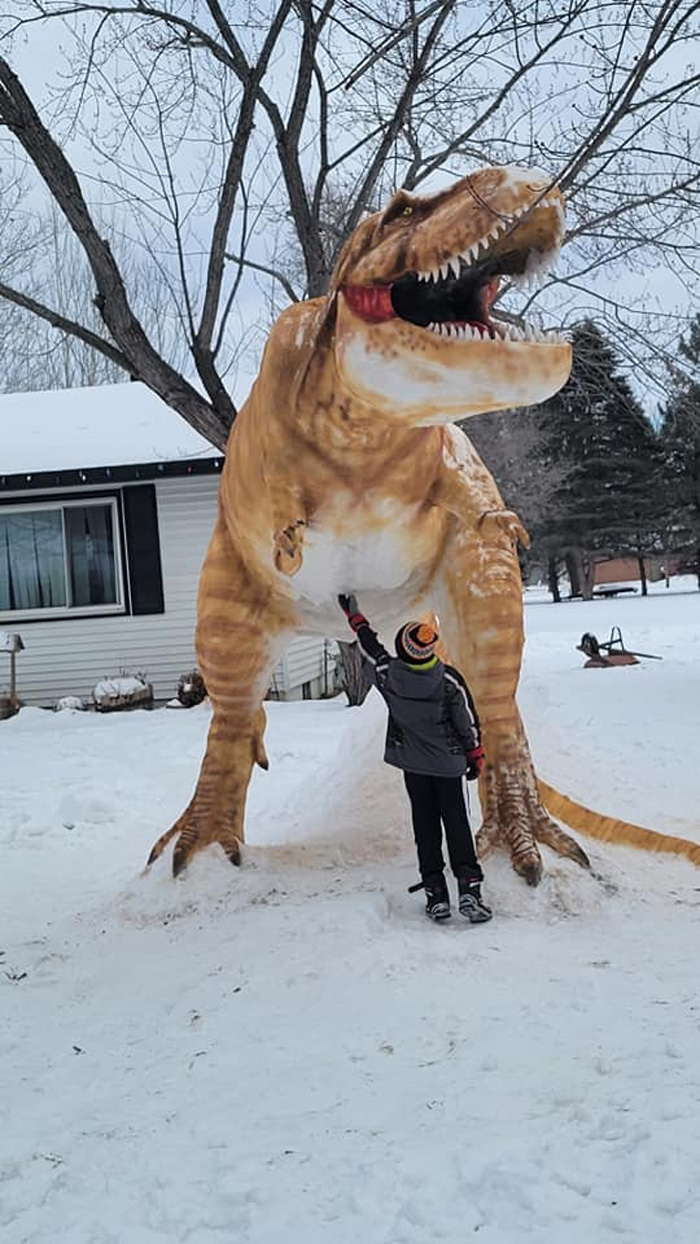 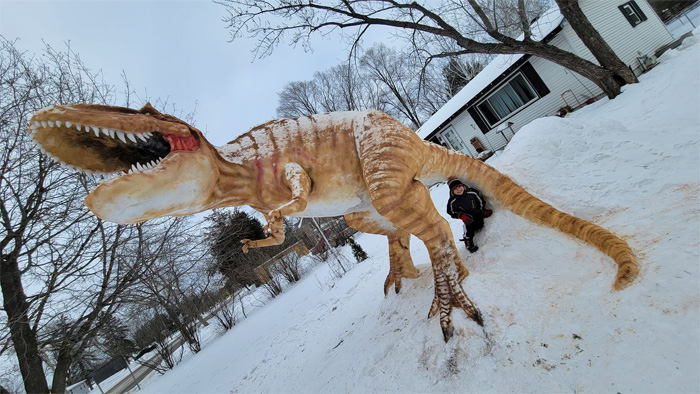 After he had completed the snow sculpture in the front yard of his home, it has become the neighborhood’s newest attraction. Passersby have stopped to take pictures with the icy dinosaur. While Larcom welcomes everyone to see his masterpiece up close, he reminds that the ephemeral artwork might collapse or melt at some point. So it’s either you go to Becker now to see the dinosaur or wait for next year to see a different sculpture on Larcom’s yard. 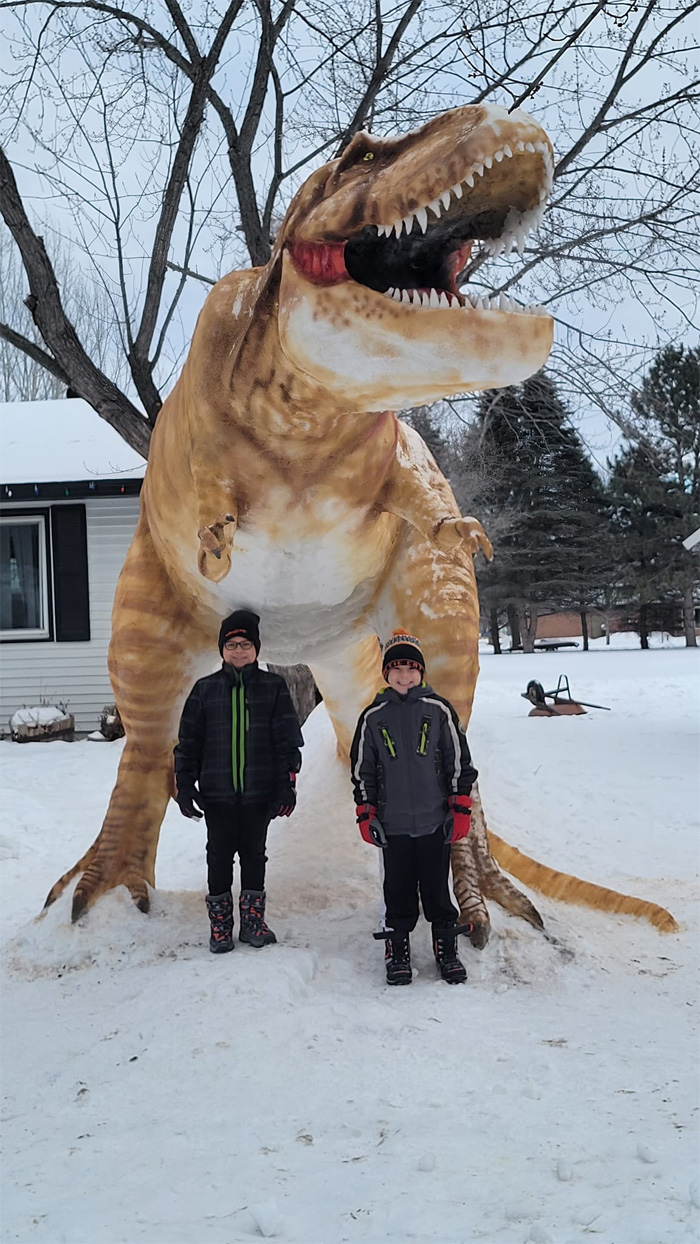