Home » Animals » Woman Can’t Believe It When Stray Cat She Helped Feed Comes Back, But This Time With All Her Kittens

Woman Can’t Believe It When Stray Cat She Helped Feed Comes Back, But This Time With All Her Kittens

A Canadian woman shared a fascinating story about a stray cat who came into her garden one day. Lisianne, from Quebec, found a black female kitty roaming around her garden. Surprisingly, the kitty was quite friendly and she didn’t even hesitate to dig in when offered some food to eat. Lisianne became instant friends with the gorgeous kitty. After which, the cat would then come back for food and would even play with her.

A while later Lisianne decided to name the cat ‘Usagi’. But, after some time, she noticed that the kitty’s tummy was getting bigger and bigger. She was a little worried because she initially thought she was overfeeding the cat. Then one day, she was surprised to see Usagi suddenly back to her previous size. But that’s not even the biggest surprise of all. Days later, Usagi brought a kitten with her, went back to bring another one and another one. One by one, Usagi introduced her 6 newborn babies to the woman who fed her. 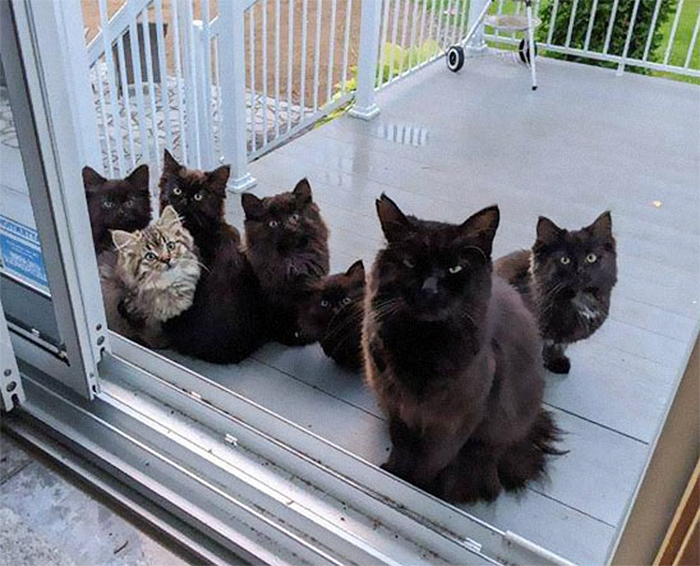 And that’s when everything fell into place. Usagi was pregnant when Lisianne found her in the garden. So, the expectant mom needed someone who could help. Thanks to Lisianne, the cat was able to give birth to 6 healthy kittens.

Five Of The Six Kittens Are Now Up For Adoption 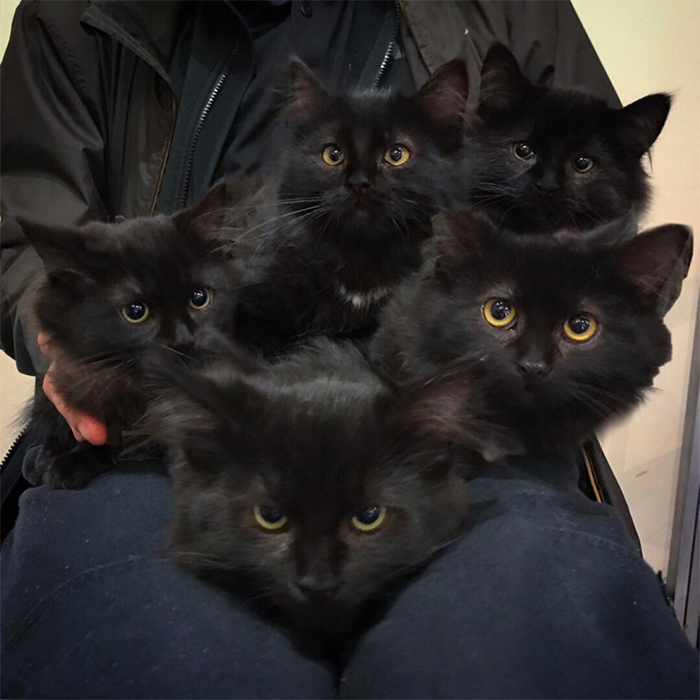 Of course, the kind woman didn’t just turn her back on her feline friend. She welcomed Usagi and her adorable kittens into her home. And even gave them a room so Usagi could comfortably nurse the babies. After three months passed, she decided to reach out to a local shelter for help. She even called some of her friends, hoping that they would adopt the kittens. One of her friends adopted one of the kittens. And the other 5 kittens were given to Chatons Orphelins Montréal, a local rescue group. 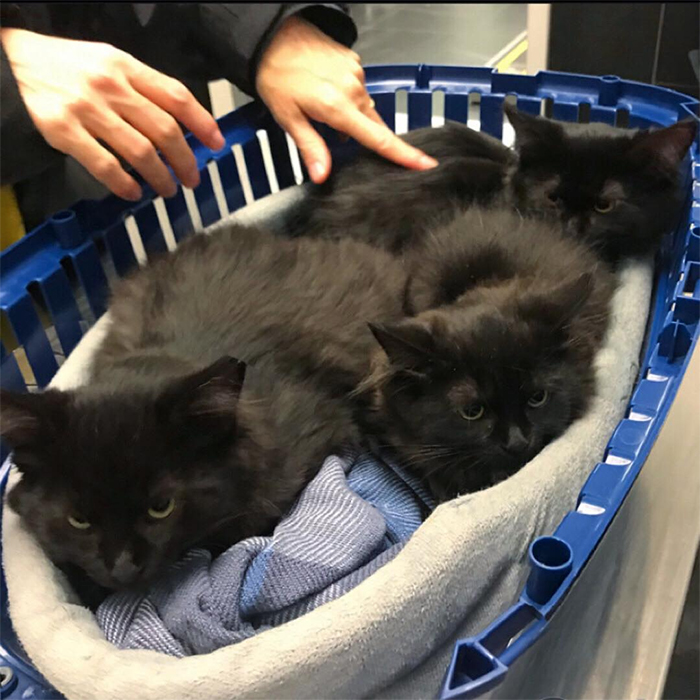 Lisianne decided to adopt Usagi. And the 5 adorable black kittens named Tales, Tito Taylor, Tynie and Tyana are currently up for adoption. The kittens have been vaccinated at the clinic and are now looking for their forever homes. On their Facebook page, the rescue center described the unique personalities of each kitten. So, people can choose the most suitable kitten for them. 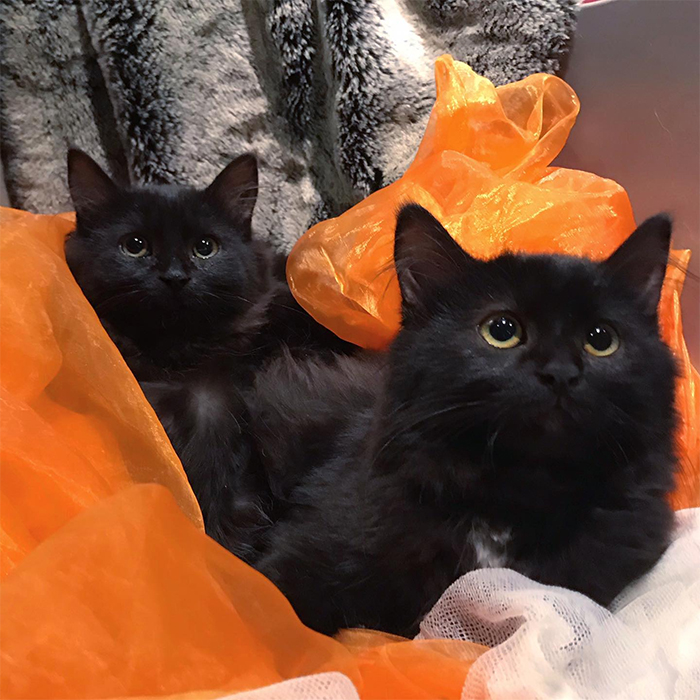 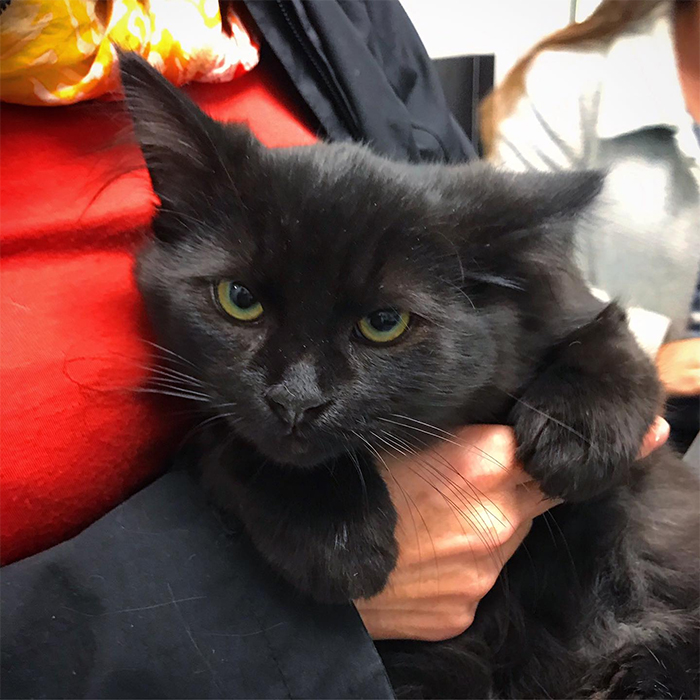 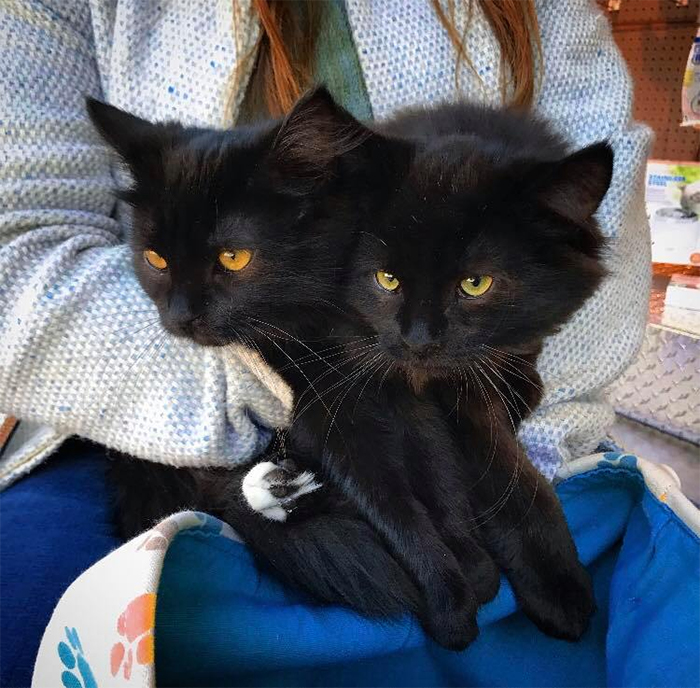 When it comes to behavior and temperament, a stray cat greatly differs from a domesticated one. Felines have earned a reputation of being aloof and antisocial. But we have to understand that this reclusive behavior is natural for their species. While some domestic cats are quite affectionate and friendly, others are not as overtly so. And since felines are naturally independent and antisocial, these behaviors are usually manifested by feral cats. So, it’s really rare to come across a friendly stray kitty who will approach you first. 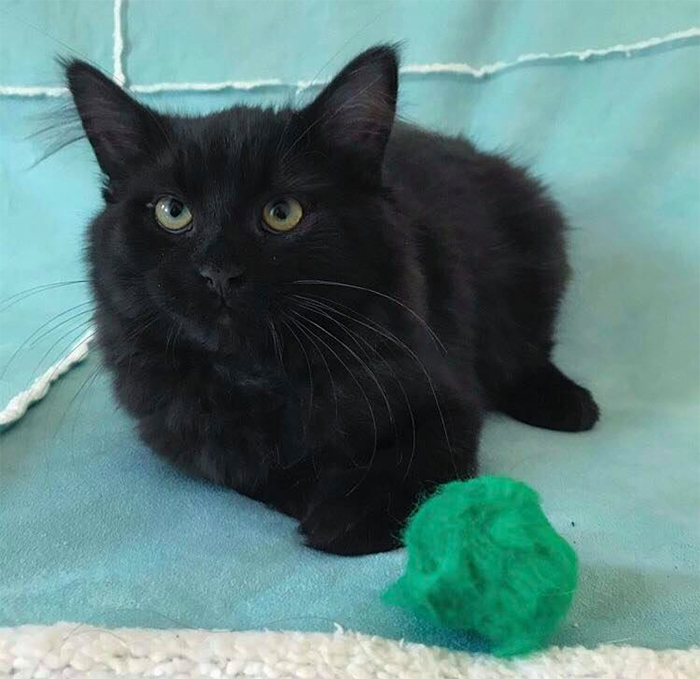 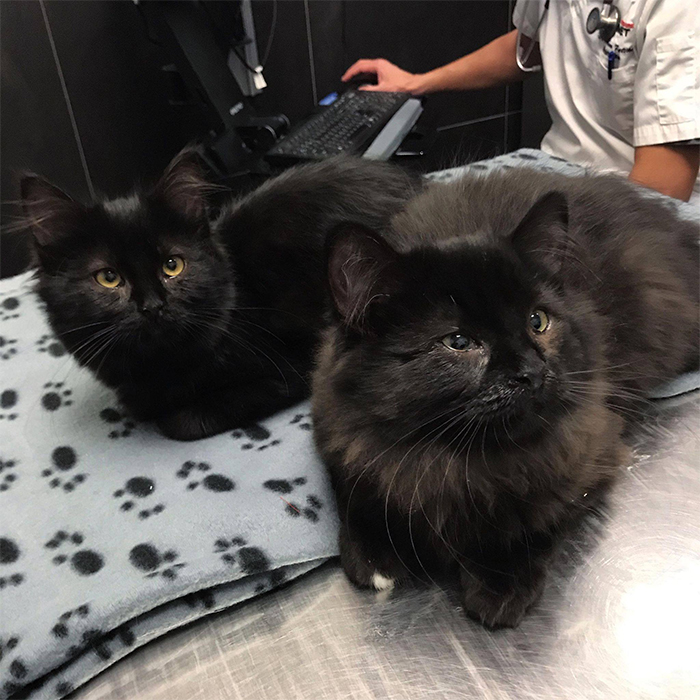 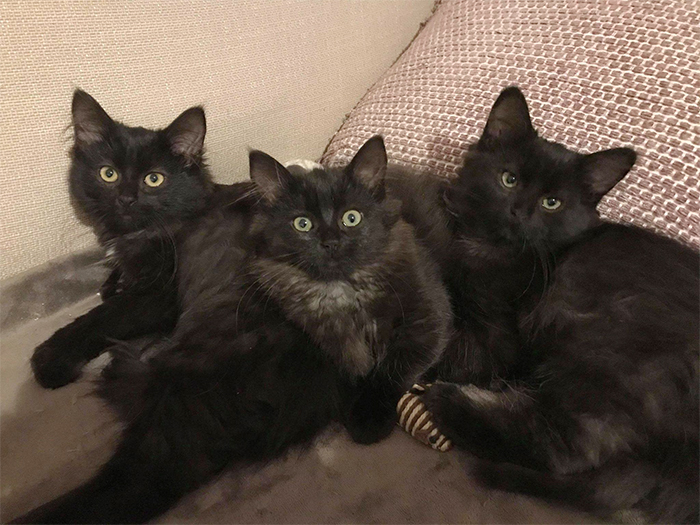 Well, we did use the word ‘rare’ instead of the word ‘impossible’ on the last statement there. The truth is, there’s a slim possibility that a feral cat would appear at your door and would be willing to be your pet. But keep in mind that most stray kitties only resort to this for a reason. In some cases, feral kitties will still refuse to get close to humans even when they’re starving. 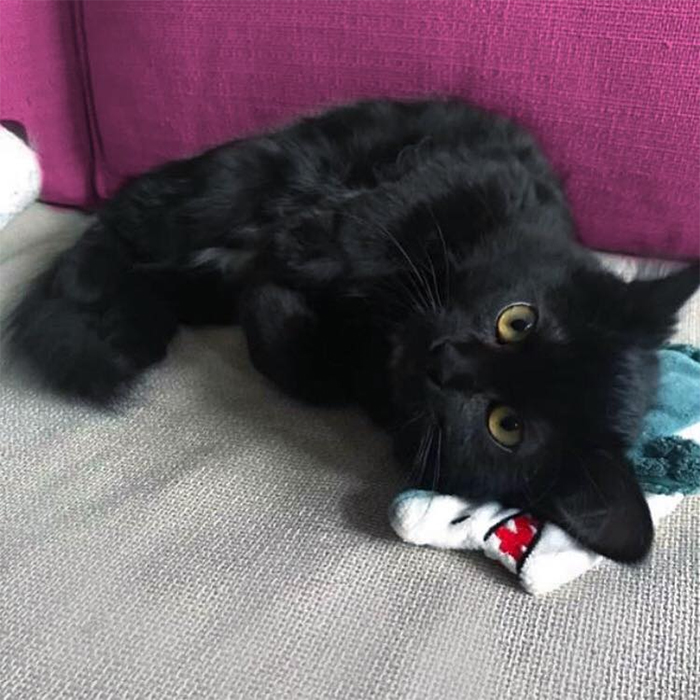 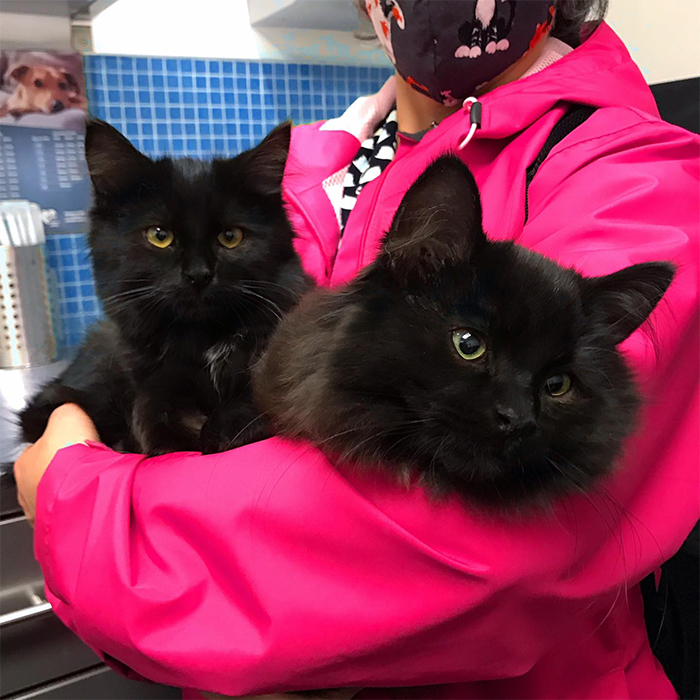 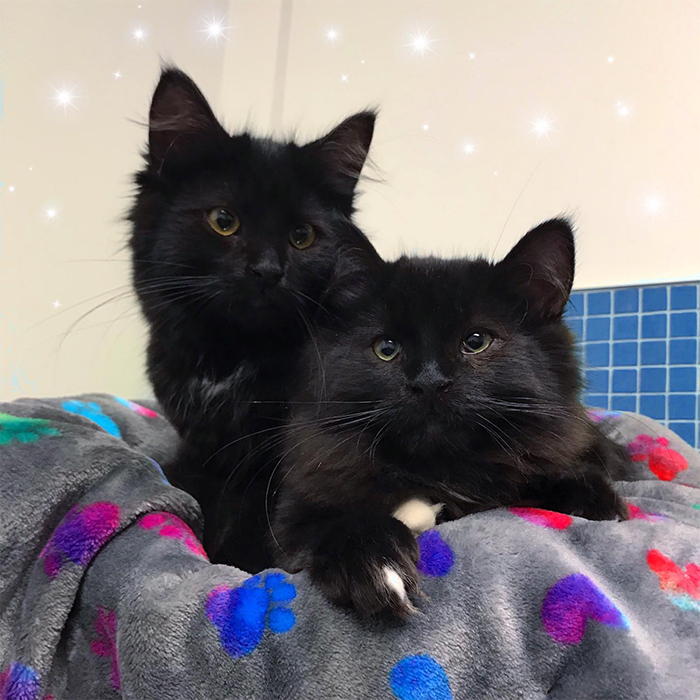 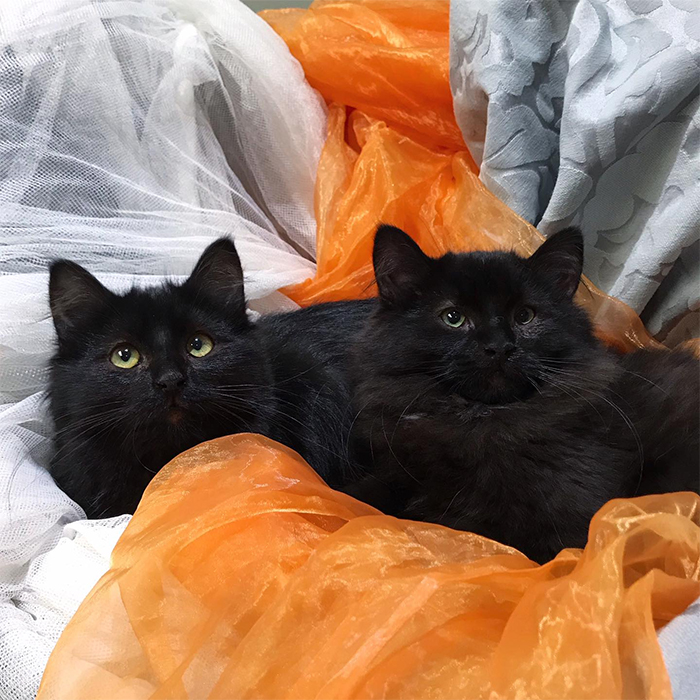 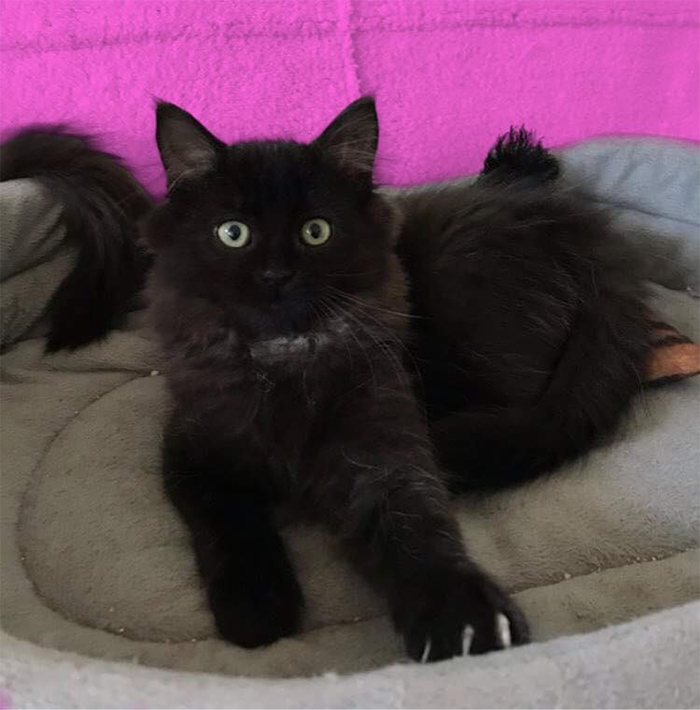 Here’s what people have to say about this amazing story 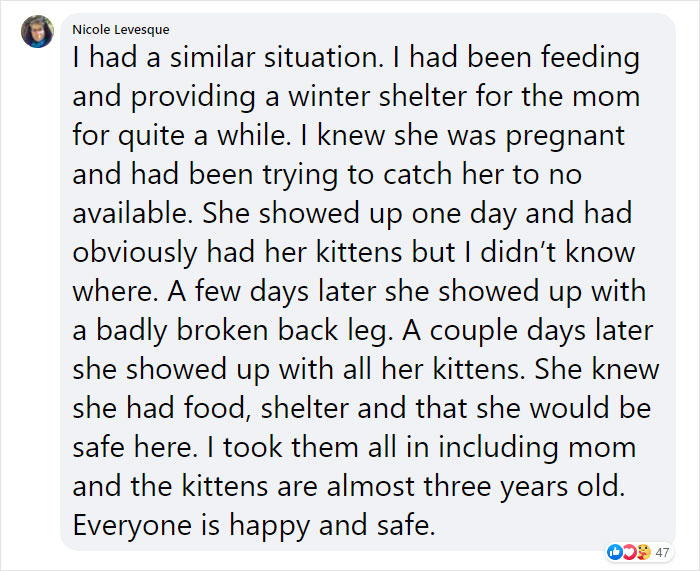 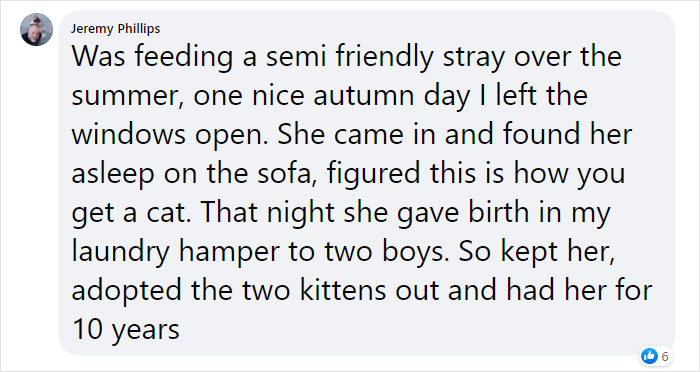