You already know fall season is just around the corner when pumpkin-flavored treats start popping up from everywhere. Of course, Dairy Queen always have something to go with the season. This is why it’s bringing back its Pumpkin Pie Blizzard along with a new addition – the Pumpkin Cookie Butter Shake. Now we have not just one, but two pumpkin-flavored frozen treats to make the most indulgent autumn ever.

The new Pumpkin Shake features DQ’s classic vanilla soft-serve. But, it is mixed with cookie butter and pumpkin puree. The cookie butter used is made from ground cinnamon spice. It is topped with whipped cream and nutmeg, making each serving loaded with seasonal spices that perfectly represent fall season. 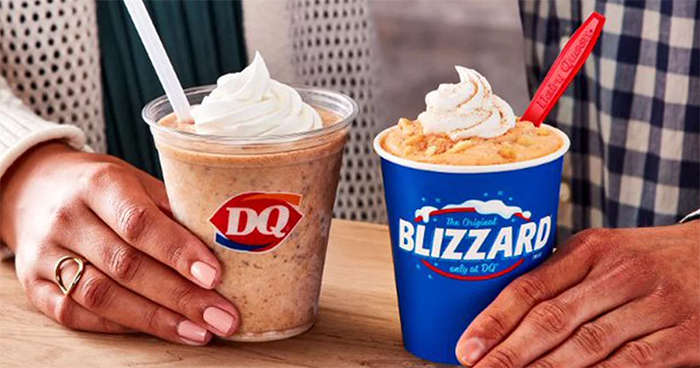 Of course, the fan-favorite Pumpkin Pie Blizzard is returning this year due to popular demand. So, if you missed it last year, you still got a chance to try it this year. The Pumpkin Pie Blizzard consists of DQ’s vanilla soft-serve mixed with real chunks of pumpkin pie. It is also topped with whipped cream and nutmeg. Whether you’re craving for pumpkin cookie butter or pumpkin pies, DQ has got you covered. 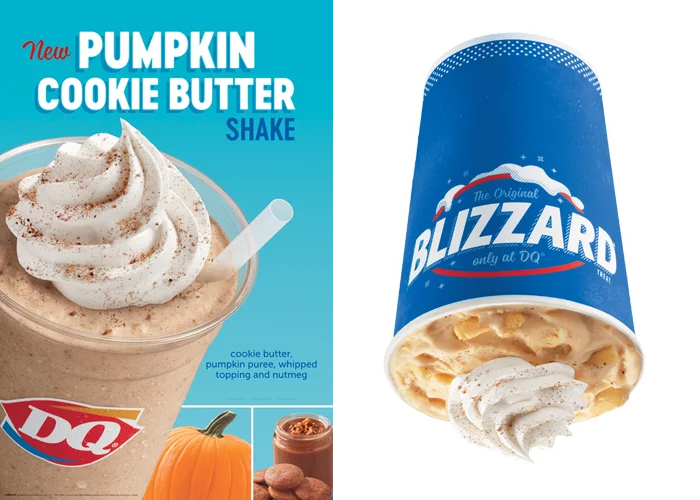 Both the Pumpkin Pie Blizzard and the Pumpkin Shake will be available on August 31st. But remember that they are offered for a limited time only and will only be available around the fall season. No matter how much we would love to have these fall-inspired flavors around all year long, DQ has to make room for its new lineup of holiday-inspired offerings. And we say, keep those seasonal frozen drinks coming.