Organic Hobbit Houses Made to Perfectly Blend Into Their Surroundings

Way back before modern architecture introduced gigantic houses and towering residential buildings, primitive humans were living in caves. At present, most homes are built with concrete materials, metals, and other synthetic products. Gone are the days where natural habitats are literally natural. Of course, with the exception of the few Inuit who prefer to live in traditional igloos. However, a Mexican architect is attempting to bring architecture back to basics. Javier Senosiain aims to foster ‘organic architecture’ in which people can connect to their natural origins. No, he is not suggesting that we go back to the caves and live in it. Rather, he is promoting to create a home that naturally adapts to the rhythms of its surrounding. This organic Hobbit house is one of his notable designs and the most ideal example of organic architecture. 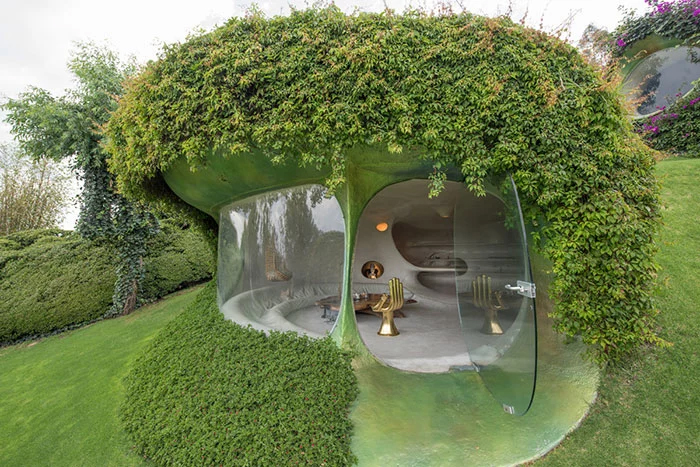 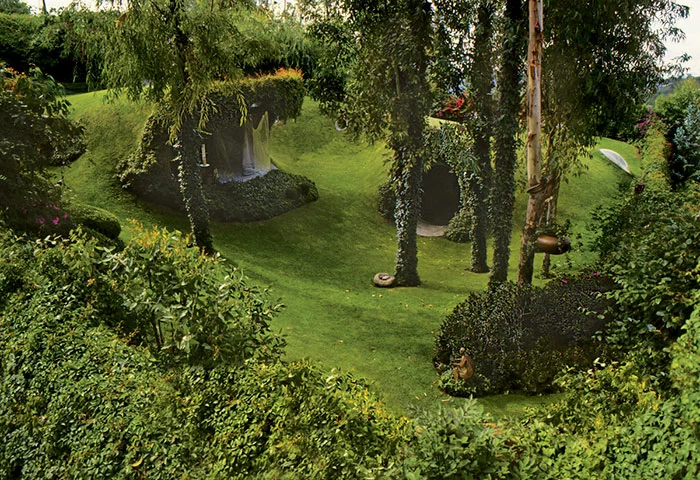 Indeed, Senosiain’s organic Hobbit house blends in perfectly with the garden, visitors wouldn’t even suspect its existence. “To take a walk in the garden is to walk over the roof of the house itself without even realizing it,” Senosiain said. But why is a modern architect thinking about going back to our origins instead of advancing forward? Senosiain insinuates that early humans preferred to live in caves because concave space served as their safe refuge. Resembling the arms of a mother embracing her child, early people felt the essence of a caring, secure home. Senosiain wants to bring that same essence to modern architecture. A home that’ll make you feel a mother’s cloister just like a cave, but with the luxury of modern amenities. 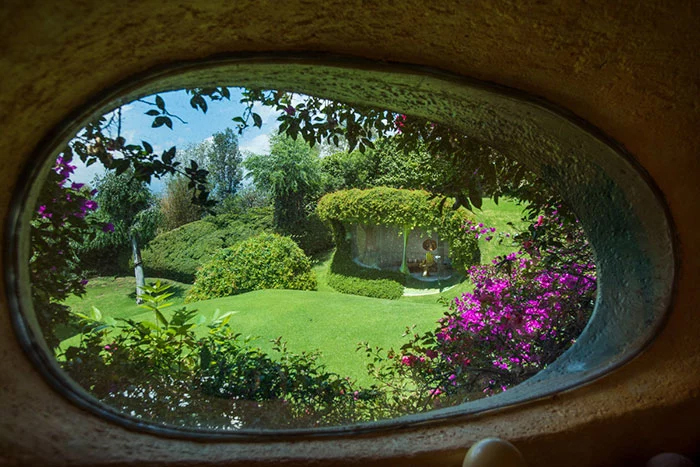 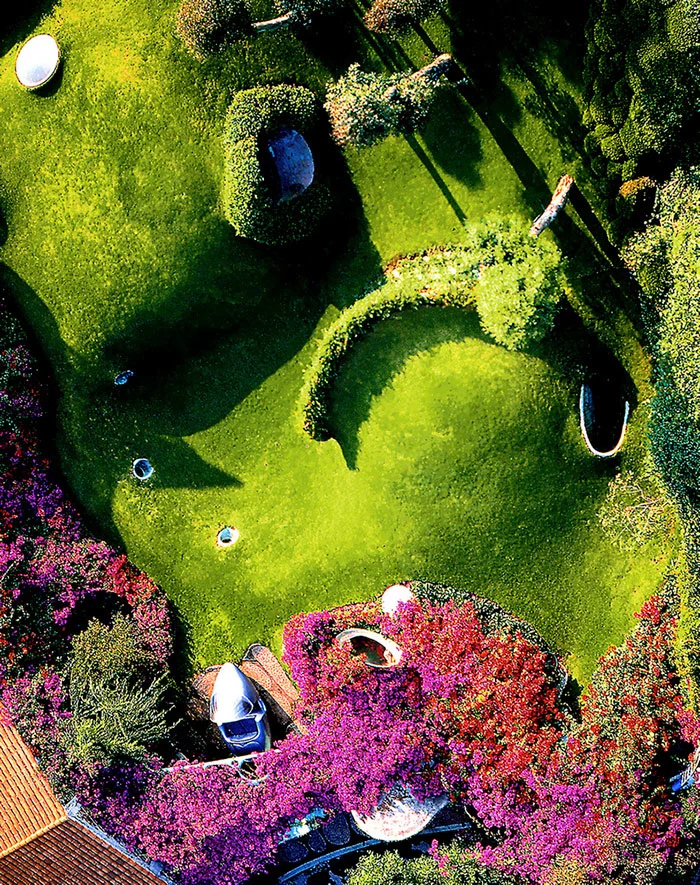 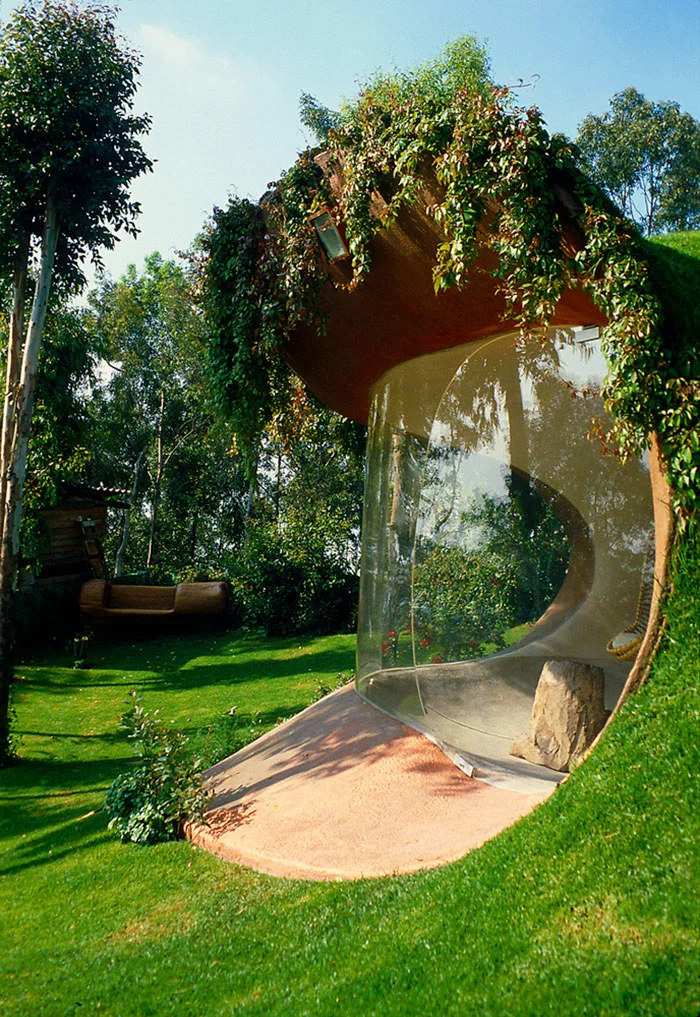 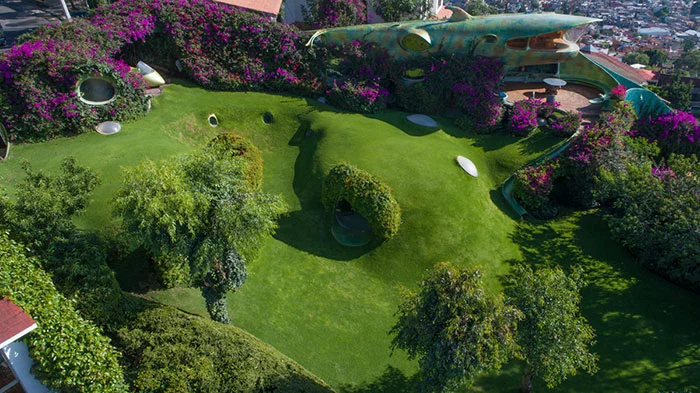 Of course, he also considered the fact that modern environment is very much different from the primeval era. In order to achieve his goals, Senosiain used bushes and trees to surround the organic Hobbit house. These greeneries can act as a barrier to keep dust, harsh sunlight, and noise pollution away from the house. Furthermore, the bushy roof helps keep the interior cool and sustains comfortable temperature inside. 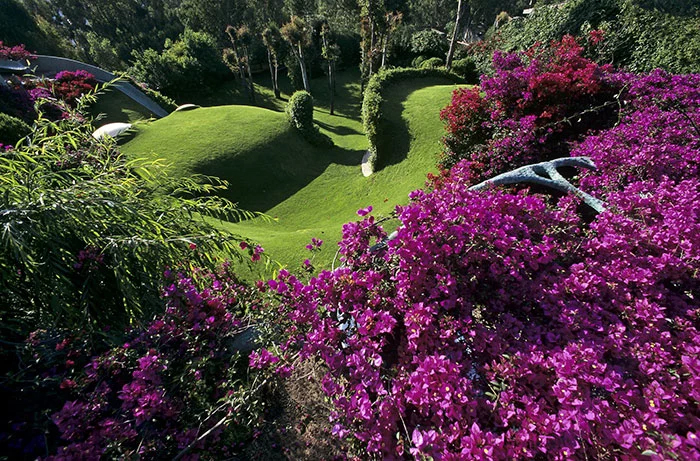 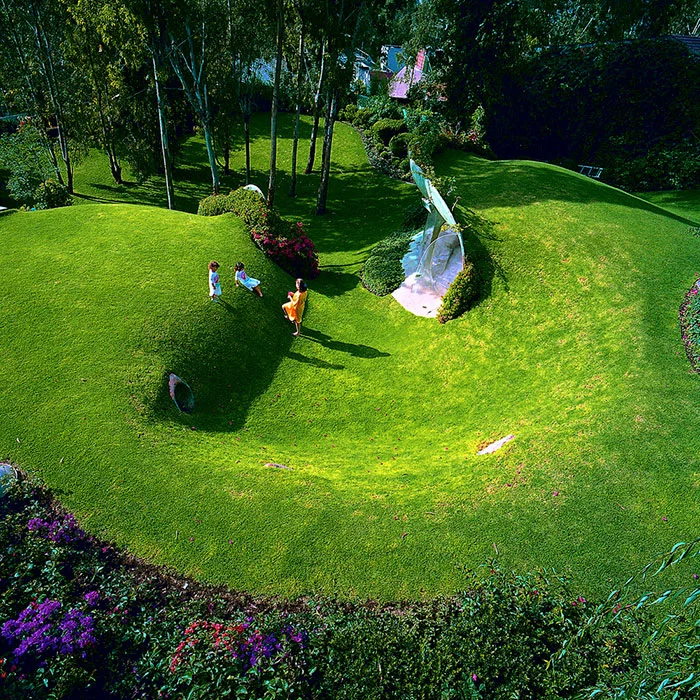 It may closely resemble an underground cave but it doesn’t give you a cloistered feeling of being trapped inside. Despite its concave structure, this organic Hobbit house has a large window that provides a clear view of the outside. 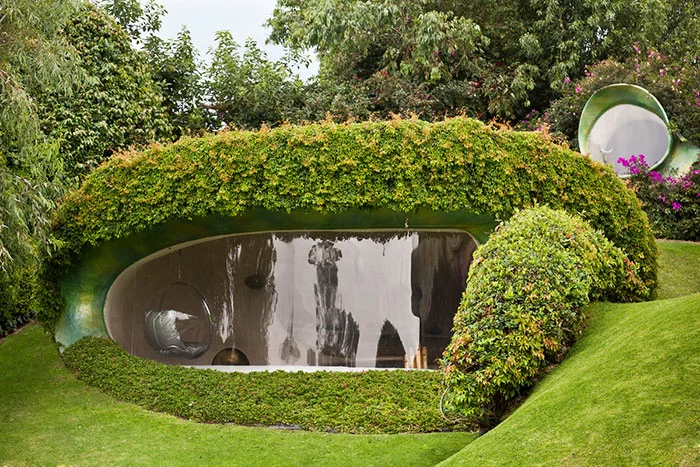 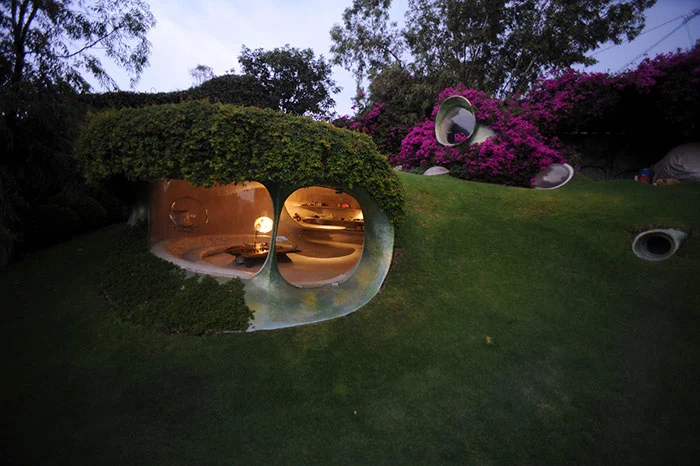 The semi-underground house has walls, ceilings and furnishings that are constructed from thin-shell, reinforced mortar or plaster.

For interior comfort, it features a Bubble Chair by designer Eero Aarnio and a hand-shaped chair by artist Pedro Friedeberg. 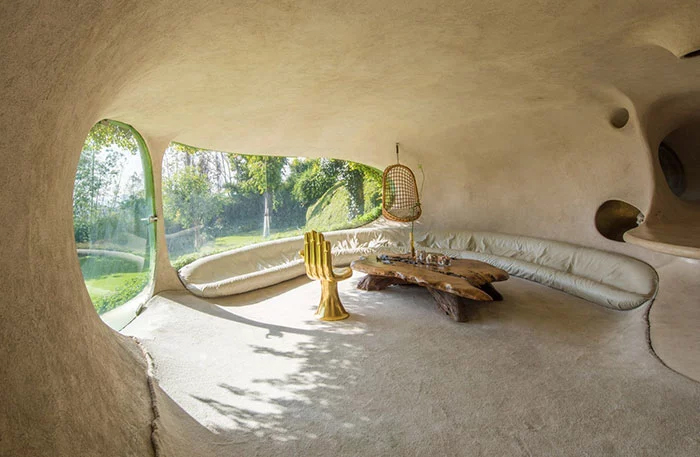 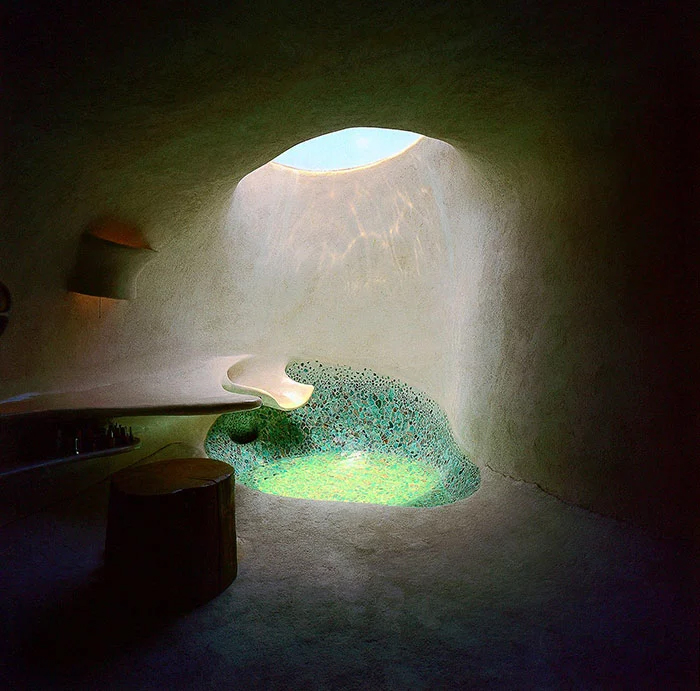 “Ventilation is facilitated by the aerodynamic form of the dwelling, which allows free circulation of air throughout.” 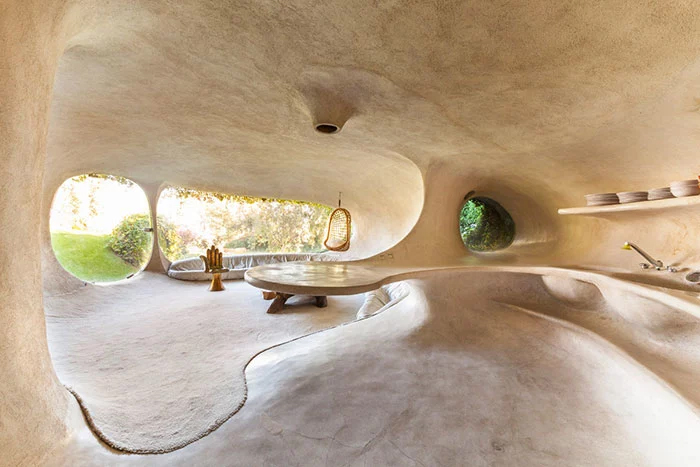 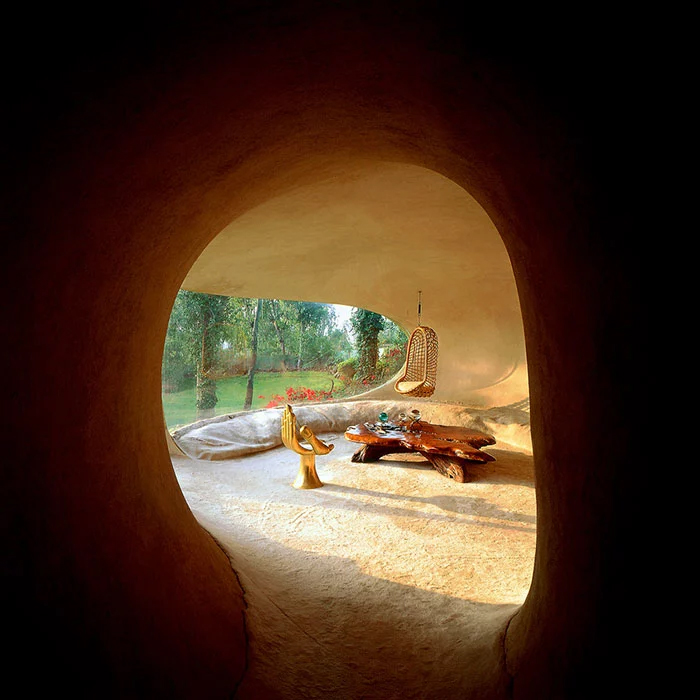 This organic Hobbit house has two chambers. The first one contains the living room, dining room and kitchen. And the other chamber serves as a sleeping area which also contains the bathroom and dressing room. A tunnel and a stair connect the two chambers. 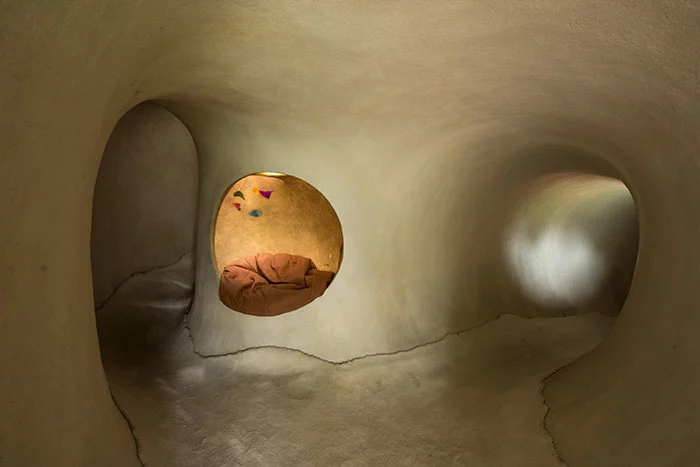 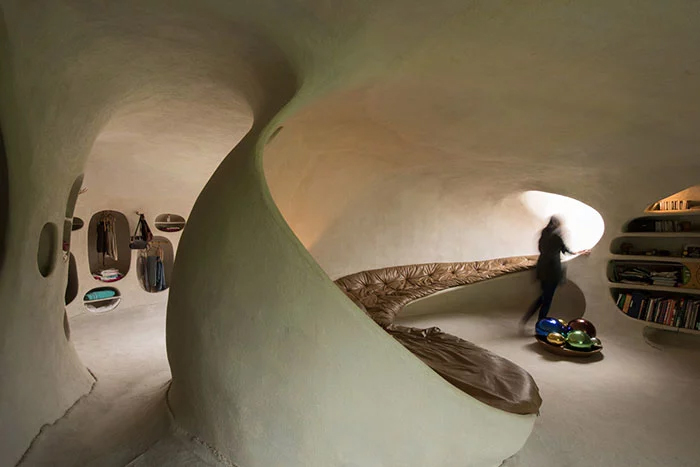 Cave-like structure with a touch of contemporary design 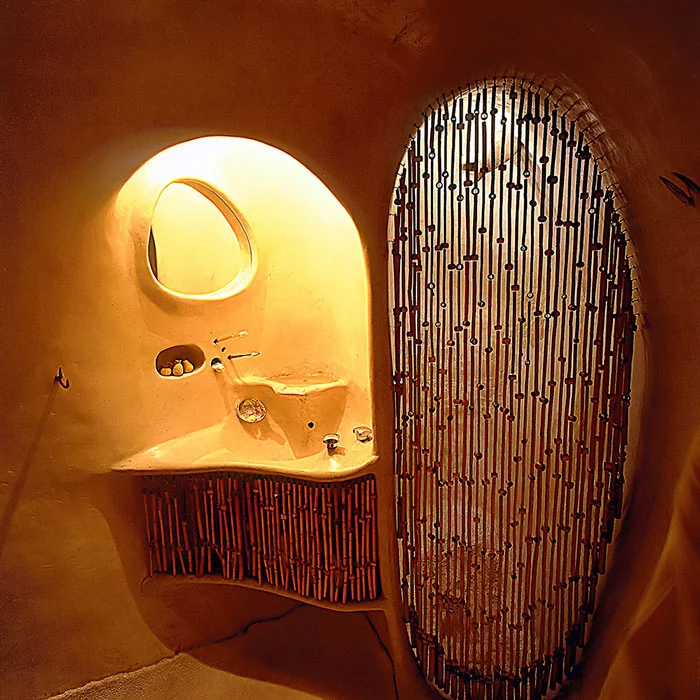 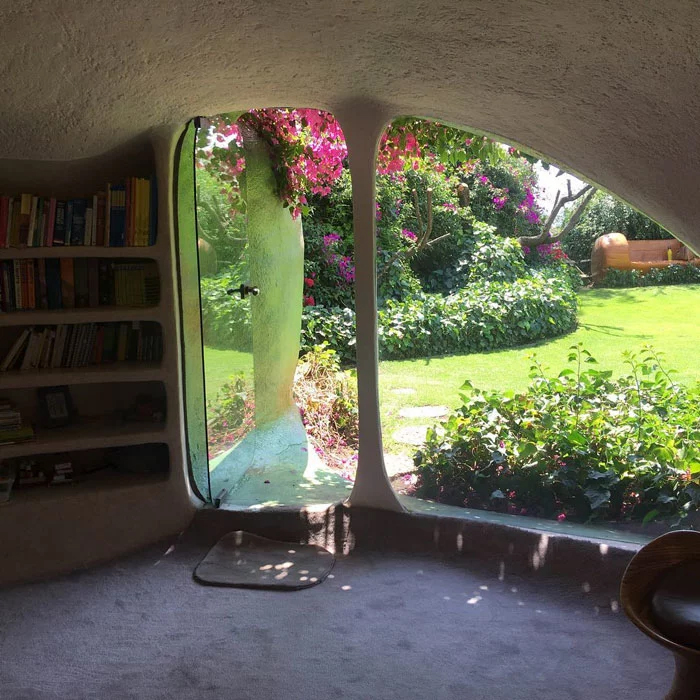 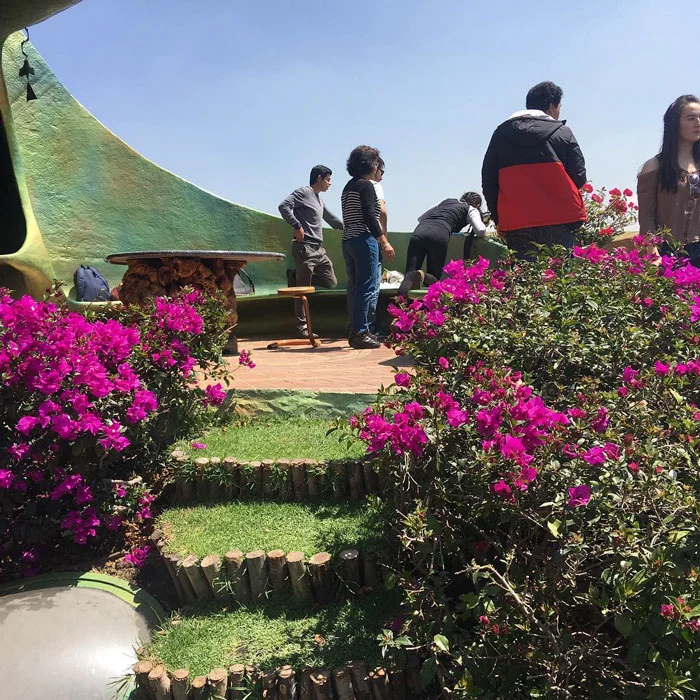 Aside from the Hobbit house, Senosiain has also built organic houses in the shape of a snake, shark, flowers, and many others. 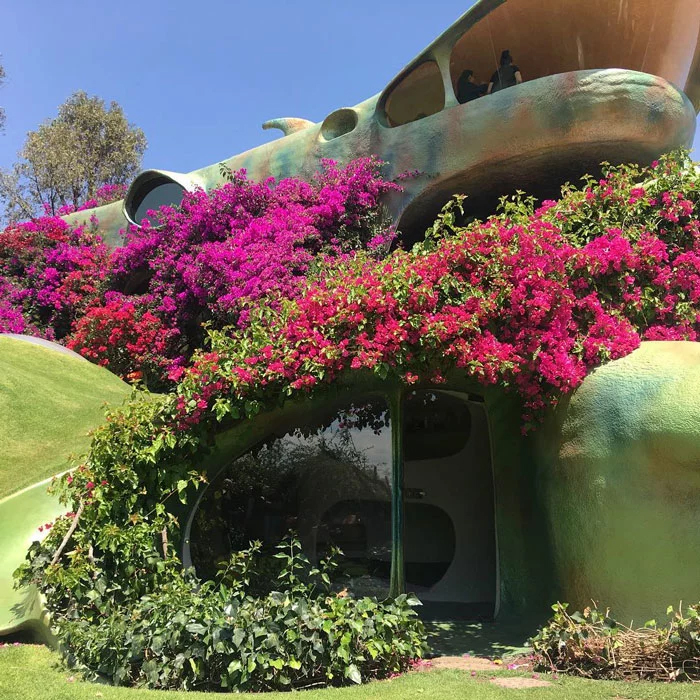 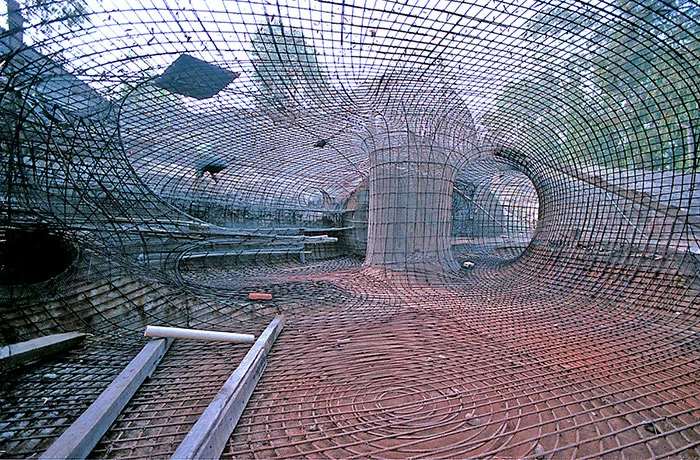 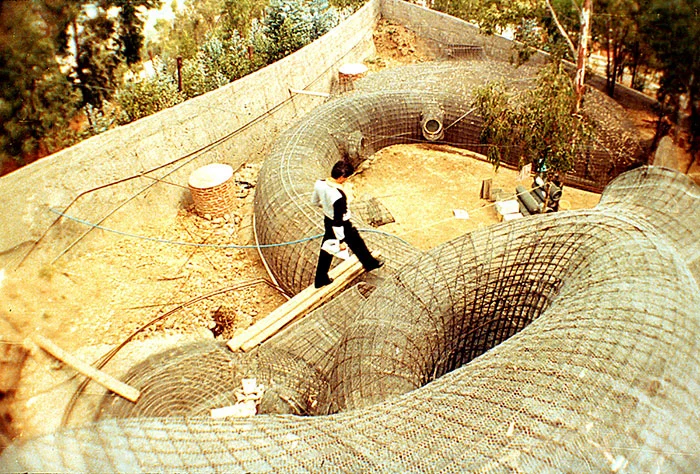 “They are spaces whose changing lights and forms are adapted to the natural rhythms of the people who live in them, where the furnishings are integrated with the surroundings, facilitating circulation and making the most of the area available.” 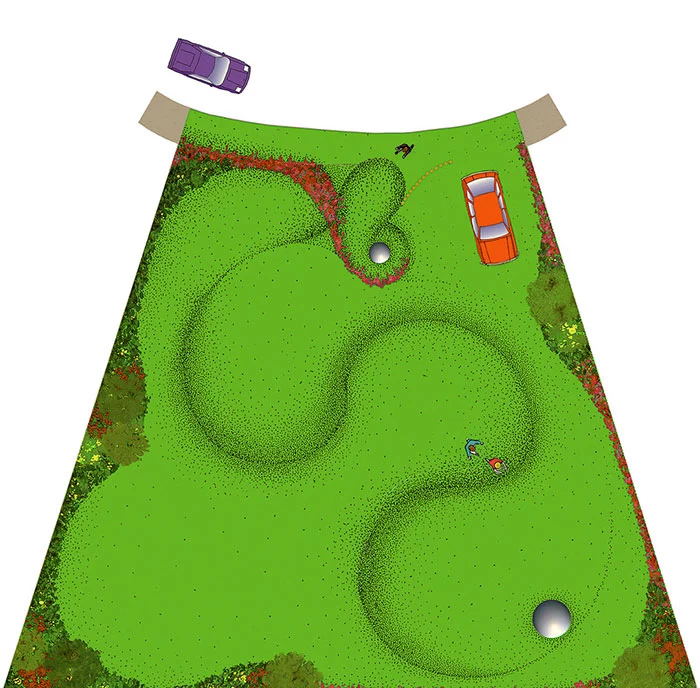 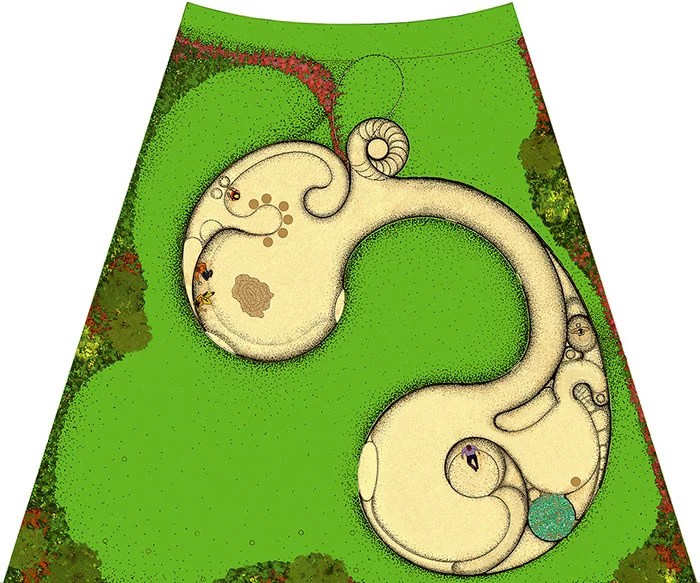 A comfortable abode based on human’s elemental functions 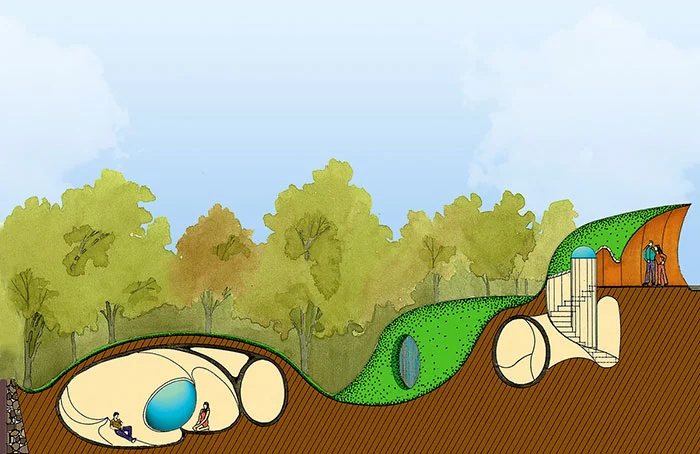