Mother Earth is crying for help. And no matter how we turn a deaf ear, we can no longer disregard the revenge of nature. Climate change, ozone layer depletion, air pollution, water pollution, and acid rain, to name a few. Just like what they always say, you reap what you sow. These catastrophes that we’re suffering now are the fruits of our actions. Deforestation, improper waste disposal, urban sprawling, overpopulation, man-made chemicals, these are some of the human activities that are quickly damaging our planet. Every day, we hear news about the harmful impacts of human activities to the environment. If we don’t make a change, we’ll end up killing our own planet and everything on it, including us.

However, it’s heartening to know that there are still those people who are making extreme efforts to save our environment. It’s not too late to restore Mother Nature to her former glory. That is, if we start taking actions now to save the environment. Let these people inspire you to make a change and help our planet survive for many generations to come.

For 40 Years, This Man Planted A Tree Every Day And Now Has A Forest Bigger Than Central Park 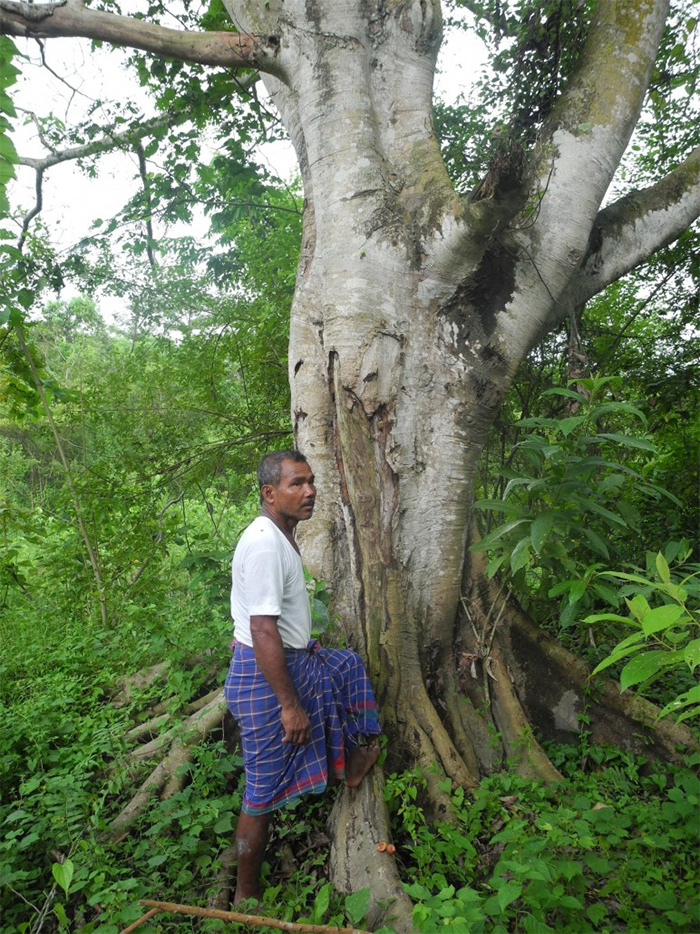 Jadav Payeng, a forestry worker from Jorhat, India, decided to transform a barren sandbar into vast forest reserve. Popularly known as the Forest Man of India, Payeng plants a tree along the shoal of Brahmaputra River every day for 40 years. His initiative resulted to a 1,360-acre forest that is bigger than Central Park. Today, the lush forest serves as home to a wide range of wildlife including elephants, boars, rhinos, birds, and reptiles. Payeng vows to continue planting a tree until his last breath in order to save the environment.

Every Time You Search Something On The Search Engine Ecosia, They Plant A Tree

Ecosia is a Berlin-based search engine that plants trees by donating majority of its surplus profit to environmental organizations. In return, the non-profit organizations utilized the fund to plant trees where they are needed the most. With every search you make thru Ecosia, you’re helping a global community that focuses on reforestation and forest conservation. With over 7 million Ecosia users, the company has already planted over 50 million trees. As internet users continue to search online via Ecosia, this number is expected to increase over the course of time. 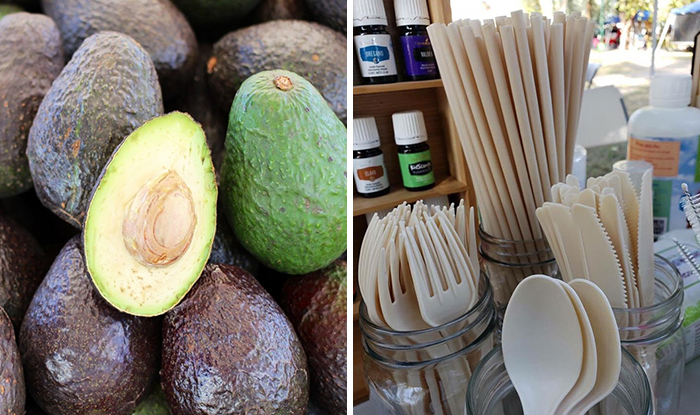 Mexico-based company Biofase released single-use cutlery and straws out of bioplastics made from discarded avocado seeds. Mexico produces half of the world’s supply of avocado. So, avocado seeds pile up in the country and end up being incinerated in landfills. In their aim to reduce plastic consumption, Biofase developed an alternative that could also make use of discarded avocado seeds. The eco-friendly company collects avocado pits from avocado-processing companies. And the dense pits are turned into disposable cutlery and straws to create biodegradable utensils. 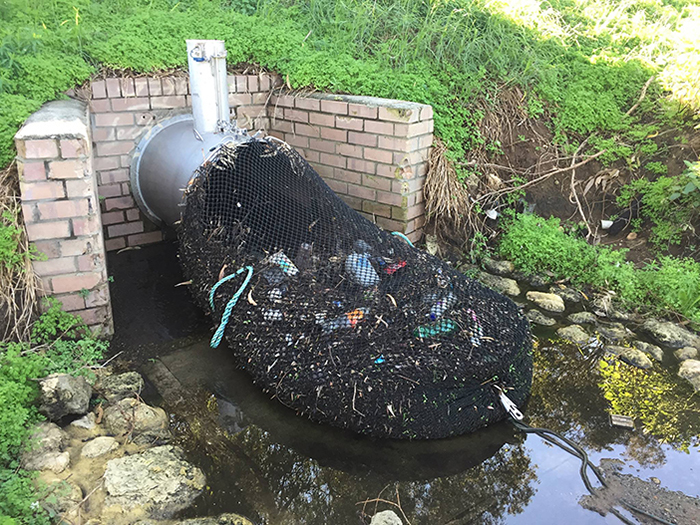 In March 2018, Kwinana City in Australia installed drainage nets on two concrete drainage pipe outlets in Henley Reserve. The use of drainage nets is one of the city’s efforts to reduce waste and stop water pollution. As a result, the simple solution was able to collect 815 pounds of garbage coming from the drainage pipes. With the help of the drainage nets, the city government will no longer have to pay workers who manually pick up the trash. Drainage nets are indeed a cheaper alternative in cleaning up drainage system.

5.3 Million Kilograms Of Trash Has Been Collected By Volunteers On A Beach In Mumbai

Plastic pollution is a major environmental concern in Mumbai, India. Aside from the city’s dense population, the excessive use of plastic materials also led to the accumulation of plastic wastes on its beaches. The beaches of Mumbai were not tourist attractions so there were actually no initiatives to maintain them.

But one concerned citizen decided to initiate an action when no one dares. In 2015, a young Indian lawyer Afroz Shah started picking up garbage from the beach. From that point onward, he continues with the task until more people joined him in cleaning up the beach. Today, Shah has motivated more than 1,000 volunteers to lend a hand on this initiative to clean the environment. They were able to pick up around 5.3 million kilograms of garbage from the beach, calling it the ‘world’s largest beach clean-up project’. The once heavily-polluted beach in Mumbai is now a popular tourist spot, thanks to Shah and all the supportive volunteers.

Every year, 100,000 marine animals are killed by six-pack rings, mostly by getting entangled in the yokes and even getting strangled to death. For this reason, Saltwater Brewery in Florida creates biodegradable six-pack rings to replace the plastic ones. The problem with plastic materials is that it takes them 1,000 years to decompose. Not to mention, they also release toxic fumes as they break down into smaller microplastics, which can poison marine animals. On the other hand, these biodegradable six-pack rings are made from barley and wheat ribbons. So, these compostable rings will slowly dissolve in the water in 90 days. Furthermore, these six-pack rings are edible so marine creatures can safely ingest them. 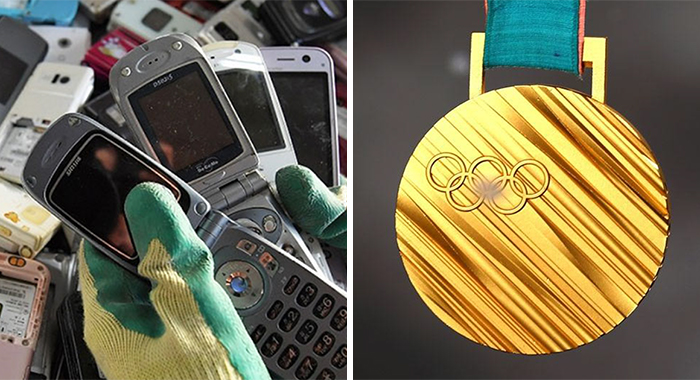 Japan will serve host for the 2020 Summer Olympics which will take place from July 24 to August 9, 2020. As early as now, the country is busy preparing the venue and all necessary equipment for the Tokyo 2020 event. Of course, preparation also includes the production of the most coveted Olympic medals. A committee called Medal Project is established to produce medals for the upcoming international multi-sport event. As you might have known, Japan has the most flourishing electronics industry in the world. So, it’s no wonder that the country is piling up scrap metals from discarded electronics. In order to reduce trash from the environment, the Medal Project decided to recycle scrap metals by turning them into Olympic medals. We’re quite sure the winners wouldn’t mind receiving medals out of recycled scrap metals especially for a good cause.

Floods, soil erosion, droughts, and climate change are some of the major environmental concerns in Pakistan right now. And the Pakistan government firmly believes that the only solution to these problems is reforestation. The country aims to plant 10 billion trees in the next 5 years in order to save the environment for future generations. The initiative has already planted 1 billion trees. It’s still a long way from the target but 1 billion trees can significantly make a huge difference.

The Ocean Cleanup is a Netherlands-based non-government environmental organization that mainly focuses on extracting plastic wastes from the oceans. Plastic pollution in our oceans has become a global crisis and this issue requires urgent solution. While there are various coastal clean-up drives, manual labor may not be enough to thoroughly clean the ocean. As of now, there are around 5 trillion plastic pieces scattered all over the planet’s bodies of water.

Since 2013, the Ocean Cleanup has been developing innovative devices that can extract massive amounts of plastic from the water. One of its technologically-advanced cleaning devices is the System 001, a man-made coastline deployed in the Great Pacific Garbage Patch. The 600-meter artificial coastline mimics the ocean’s natural forces to collect and capture plastic, right on the zone with the largest plastic accumulation in the world. With these types of cleanup systems, the organization projects to remove 5 percent of plastic from the ocean in the next 5 years. And by 2040, the organization expects to eradicate plastic pollution in the ocean by 90 percent.

Denmark Supermarket Offers Food That Was Going To Be Thrown Out 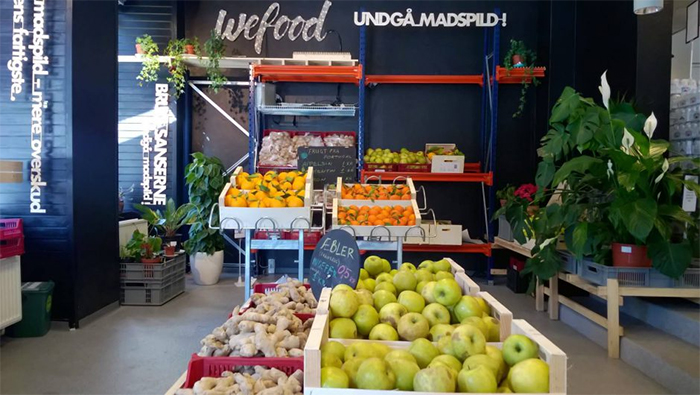 According to studies, only two-thirds of the world’s food production is consumed while one-third of which is thrown away. That one-third of discarded food is equivalent to 1.3 billion tons of surplus foods that actually go to waste. Imagine how many hungry mouths can be fed with that massive amount of unconsumed foods. In Denmark, a supermarket called ‘WeFood’ decided not to throw away foods that are past their expiration date or those with slight damage on packaging. Instead, they offer these foods to consumers for lower prices of up to 50 percent discount. This allows low-income families to make ends meet as well as address the issue on food waste. Moreover, WeFood donates all of its generated profits to different charities in particular countries suffering from hunger crisis. 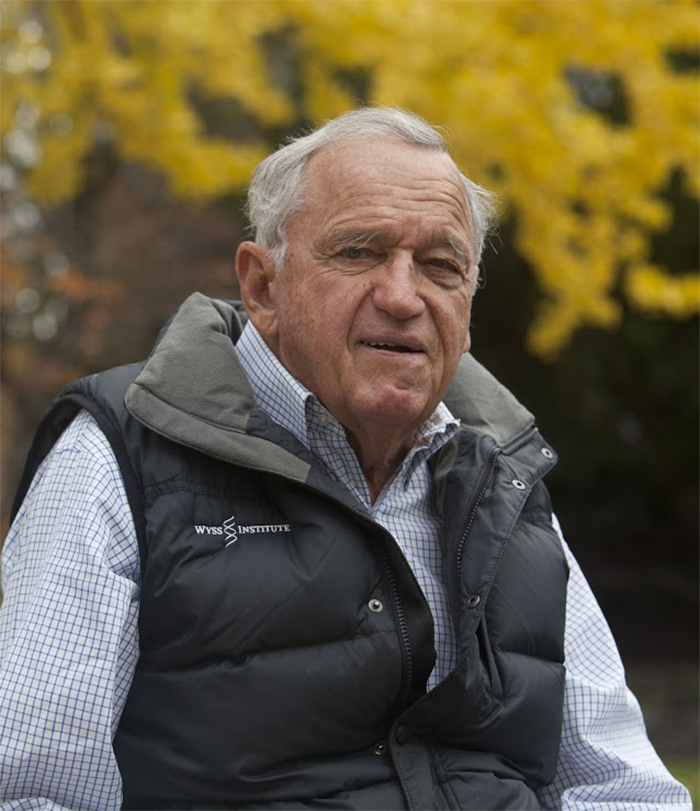 The Wyss Foundation and Oceana

Swiss entrepreneur Hansjörg Wyss has a net worth of $6 billion as of 2019. In October 2018, the billionaire businessman pledged a $1 billion donation to conserve the earth’s oceans and lands. This is not the first time that Wyss spent a huge deal of money for the conservation of the environment. From 2010 to 2013, he has donated around $40 million to conserve acres of lands in Montana and Wyoming. In 2017, he donated more than $350 million for the conservation and protection of national forests in the Western United States. And in 2018, he donated $1 billion for a campaign to save 30% of the world’s oceans and lands by 2030. 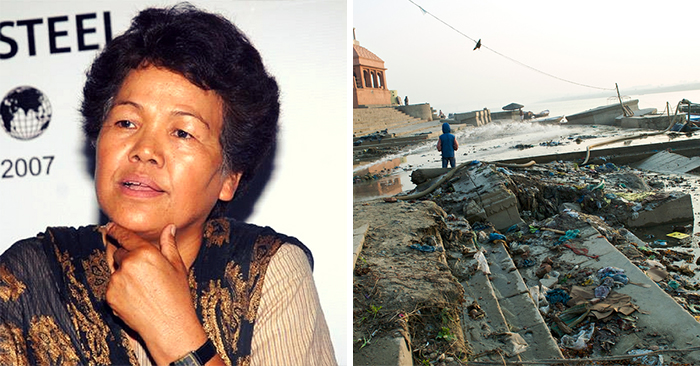 Ganges River, the largest river in India, was once considered holy and purifying.  But due to untreated urban sewage and industrial effluents, Ganges River now contains toxic water that is extremely hazardous to health. When everyone thought that the river is already beyond salvation, one Indian woman decided to take the first step. Bachendri Pal is widely renowned for being the first Indian woman to climb Mount Everest. But she considers the revival of the Ganges River as the most challenging climb of her life. She started by organizing a group of volunteers and ended up with a team of 40 members. In just a month, the team was able to remove 55 tons of waste from the Ganges River. Pal and her team of volunteers continue to restore the toxic river but it would need more than 40 people to pull off a miracle. 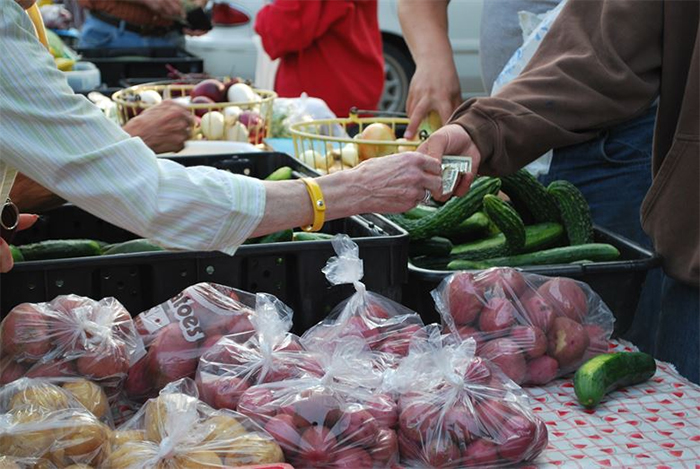 In a response to reduce plastic consumption, the UK government implemented a policy to charge shoppers 5 pence per plastic bag in 2015. It may not seem to make a huge difference at first, considering the small price to pay for one plastic bag. But Great British Beach Clean Association announced a 37% decrease on the amount of plastic bags found on the beaches in 2016.  The UK government is taking the fight against plastic pollution very seriously. Its revised 25 Year Environmental Plan commits to eradicate 100% of plastic wastes from the environment by 2042. The 5 pence plastic charge is just an initial step. It is said that the government will introduce a new tax on the production and import of plastic effective April 2022.