When it comes to variation, at least we can all agree that Mountain Dew is in a league of its own from other soda brands. The popular soft drink brand has probably offered all the flavors imaginable and used all the colors in the color wheel. Despite this, we still can’t help but get excited for the new Mountain Dew Atomic Blue Flavor.

Back in February this year, PepsiCo introduced a new blue-colored soda listed under its Fountain Drinks category. Every item under this category is exclusively available at participating stores as a fountain drink. PepsiCo describes the Atomic Blue Flavor as a MTN Dew with electrifying lemonade flavor. Since the new soda features an azure color, we’re presuming that it’s a blue lemonade soda. But we’ll need to try this to find out. 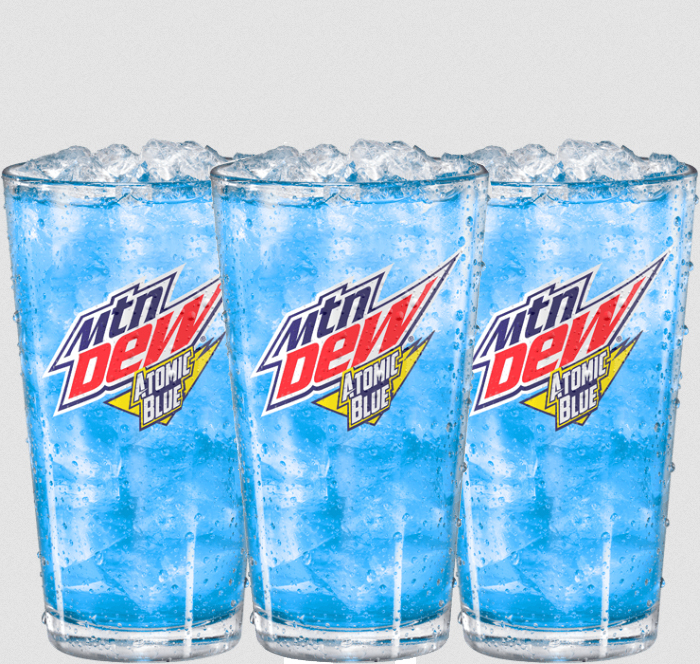 Well, it appears that the new Atomic Blue Flavor has officially rolled out. And that leads us to the big question: where can we get it? Reddit user u/trugay found a sign saying that the new flavor is already available at Sheetz stores in their fizz machines. Unfortunately, the Sheetz location with the sign didn’t have the flavor at that moment. So they were unable to try it. Instagram user @i_becktech, on the other hand, actually got the blue-colored soda from the fountain drink machine at Kum & Go. 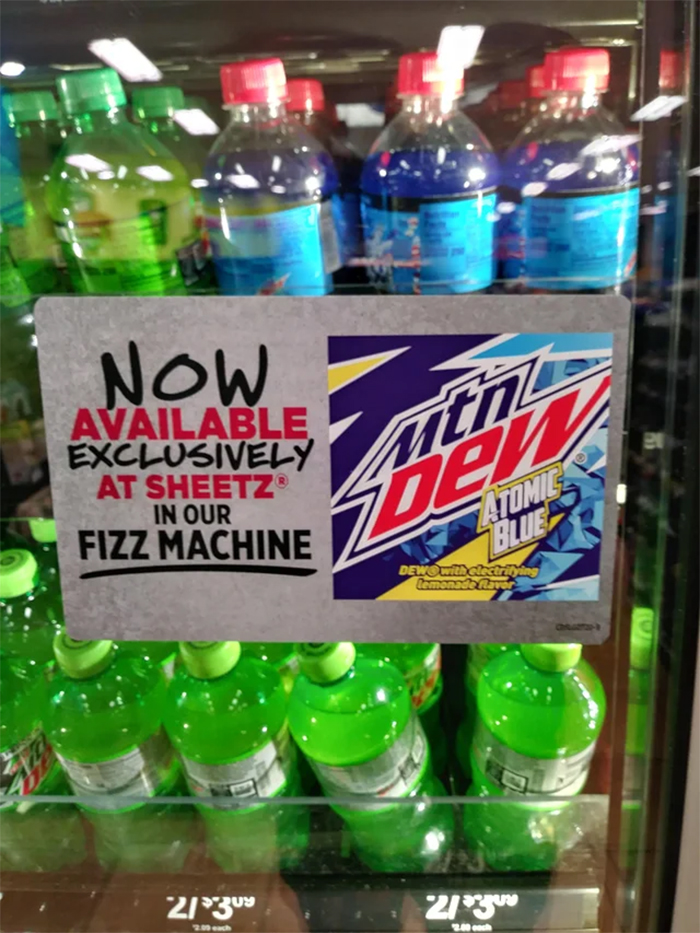 I got the new @mountaindew Atomic Blue drink at @kumandgo this afternoon. It’s not as good as the one I got a few weeks ago, but still, this is not bad. #MountainDew #MTNDew #AtomicBlue #MountainDewAtomicBlue #KumAndGo #AppleCard #ApplePay #Sunday

It seems like Sheetz and Kum & Go are the only stores where we can get this new MTN Dew flavor. But we’re hoping that PepsiCo may consider bottling this up and rolling it out to stores to make it more accessible for everyone. Oh, we forgot to mention that the Atomic Blue Flavor only has 90 calories per 12 fl oz serving. That’s almost half the calorie amount of a regular MTN Dew. Refreshingly electrifying soda with less calories, sounds like our new favorite summer drink.

The elusive Mountain Dew Atomic Blue has been FOUND at a Kum & Go fountain! ? The Electrifying Lemonade flavored dew was announced by multiple news outlets the last week of February, and all sources INCLUDING the Mtn Dew Wiki, has yet to announce when and where the fountain drink would be released. Luckily for y’all, I’m here to answer all your questions! The actual release date is still a mystery, but according to a PepsiCo website, the nutritional info has been updated as recently as April 28th (just a couple days ago). It was also confirmed to be an exclusive fountain drink, so the fact that I found it at a Kum & Go station confirms its exclusivity there. ? I find it a common trend with these fountain exclusive drinks to reuse old game fuel flavors, and this one tastes just like the lemonade flavor that advertised Call of Duty: Advanced Warfare lemonade flavor in 2014. With that said, my cup was a VERY sour lemonade, but this time, they have added the a hint of Blue Raspberry hidden inside each sip. ? The drink is a basic mix, consisting of mostly lemonade and illusionary blue raspberry notes, but is for sure a must have for fans of lemonade flavored drinks! 8/10, A tried and true flavor from the Game Fuel era, but with a nice surprise for the new release. ? Huge thanks to @ll_ii_zz_aa_ for supplying me with this awesome find 2nd Slide Photo: @ll_ii_zz_aa_ 3rd Slide Photo: @popthetop.art Written by: @popthetop.art