Japanese artistry certainly knows no bounds. Without a doubt, Japanese artists are endowed with exuberant imagination and artistic creativity that are second to none. We were charmed by Monokubo’s illustrations of adorable giant animals. Now, another Japanese artist comes to bewitch us with his surreal yet amusing illustrations. Kazuaki Horitomo, a California-based Japanese illustrator and tattoo artist, puts together his two passions to bring his series of Monmon Cats. If Monokubo envisioned the fluffy felines as giant furballs, Horitomo similarly envisions them as tattoo-loving creatures. 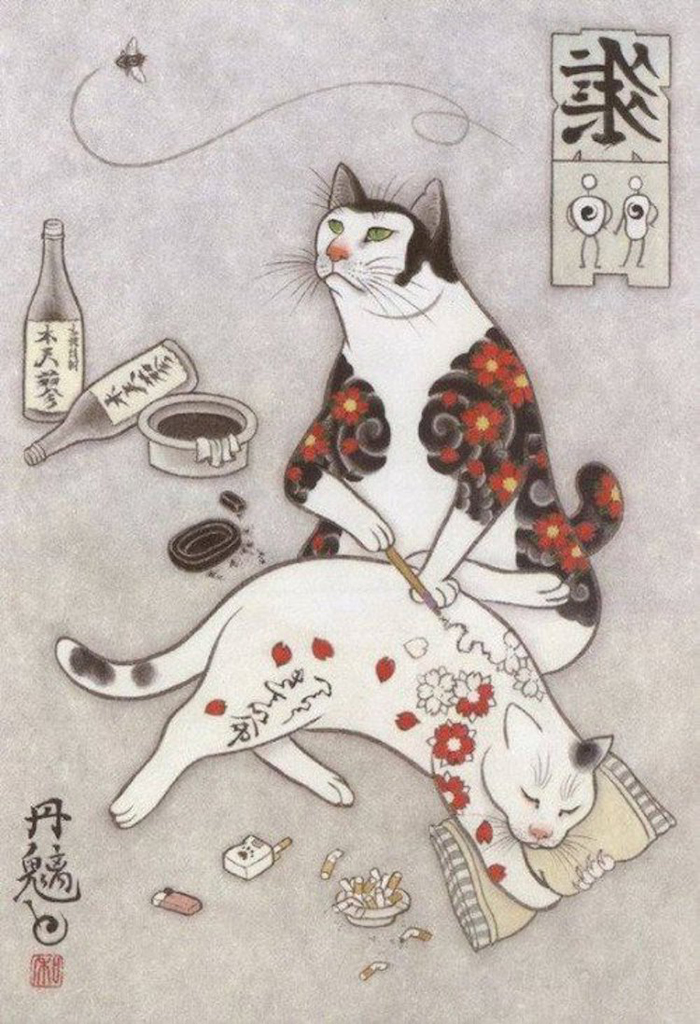 Amusingly, Horitomo’s illustrations depict cats that are covered with tattoos mostly on their back and torso. Some of his paintings also depict a cat tattooing another cat. As a professional tattoo artist for 20 years, Horitomo applies his own tattoo designs on his Monmon Cats illustrations. Some of his works are themed after traditional Japanese folklore figures such as deities, dragons and namazu (giant catfish). If he’s not making cat paintings, he’s inking cat tattoos on his customers.

Anyone who doesn’t know about Horitomo would think that these Monmon Cats illustrations are antiquity pieces. The paintings were deliberately done to look ancient through a brushing technique called ‘ink wash painting’. Horitomo didn’t just combine painting and tattoo but he also fused together ancient and modern art techniques. 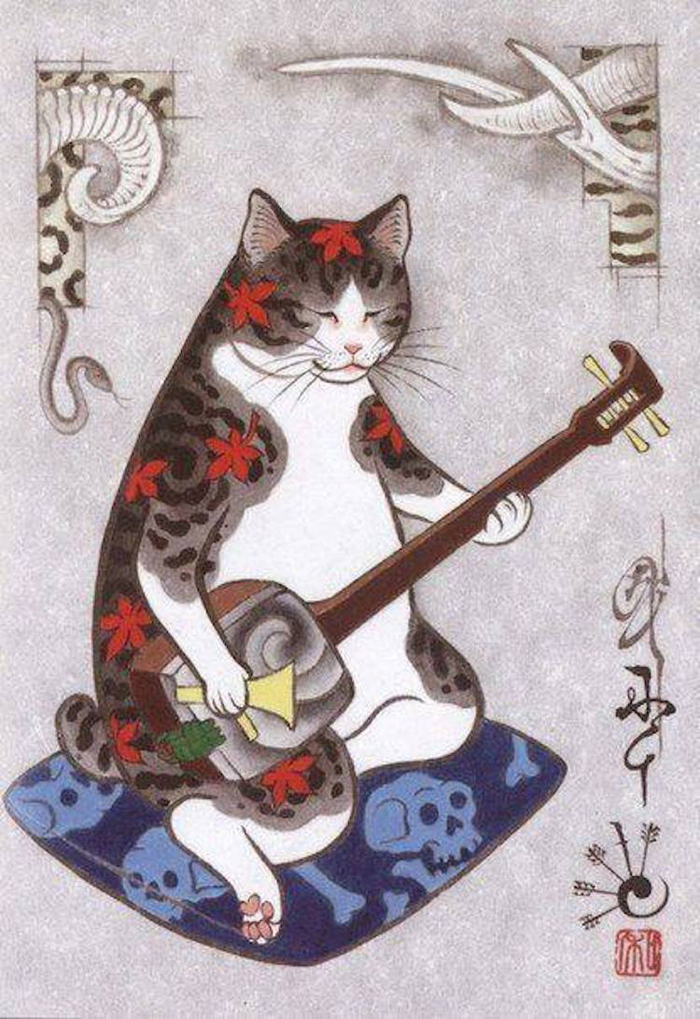 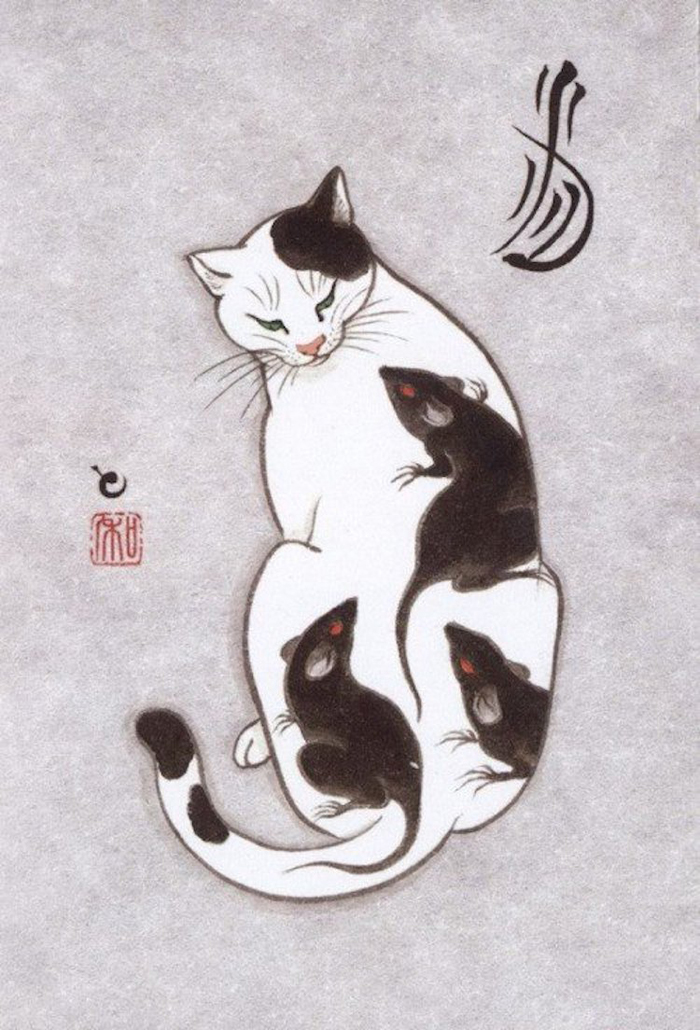 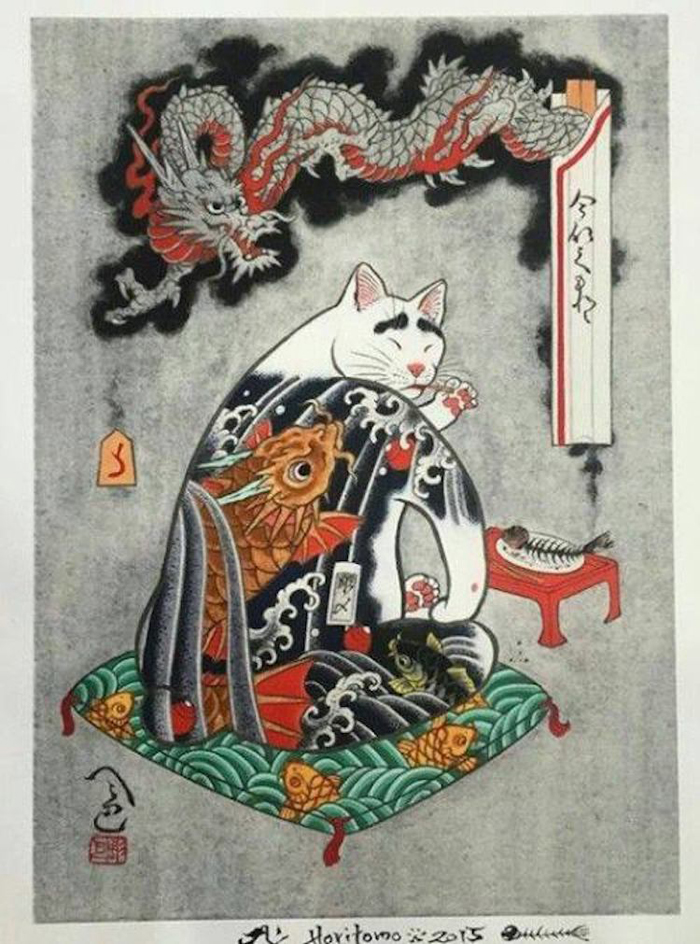 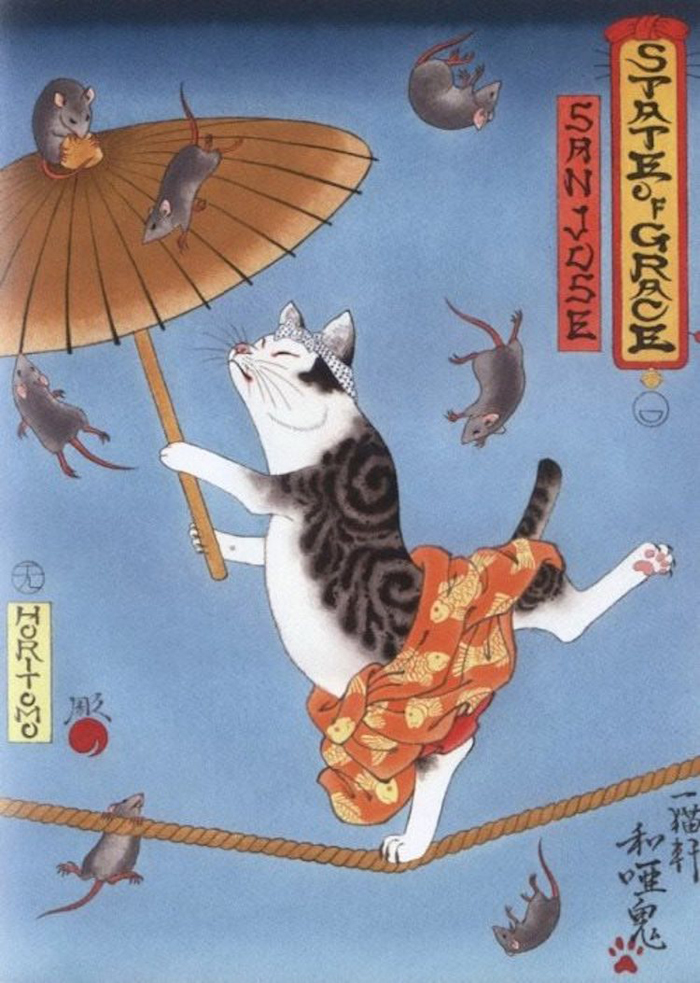 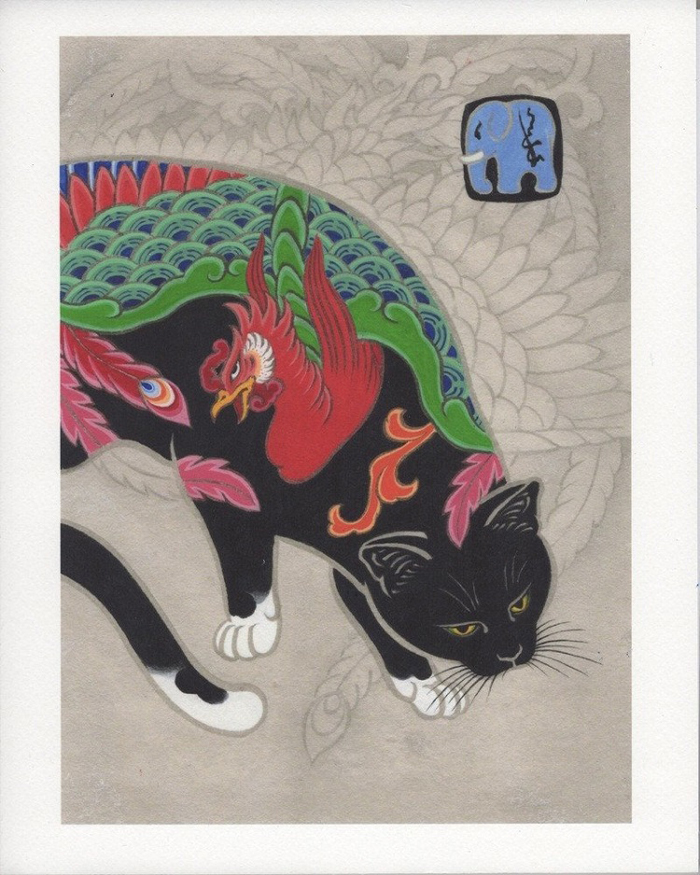 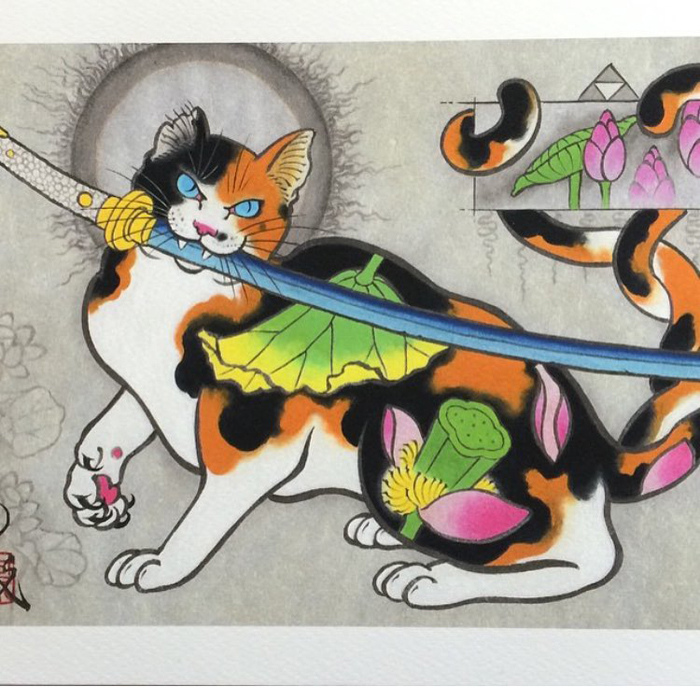 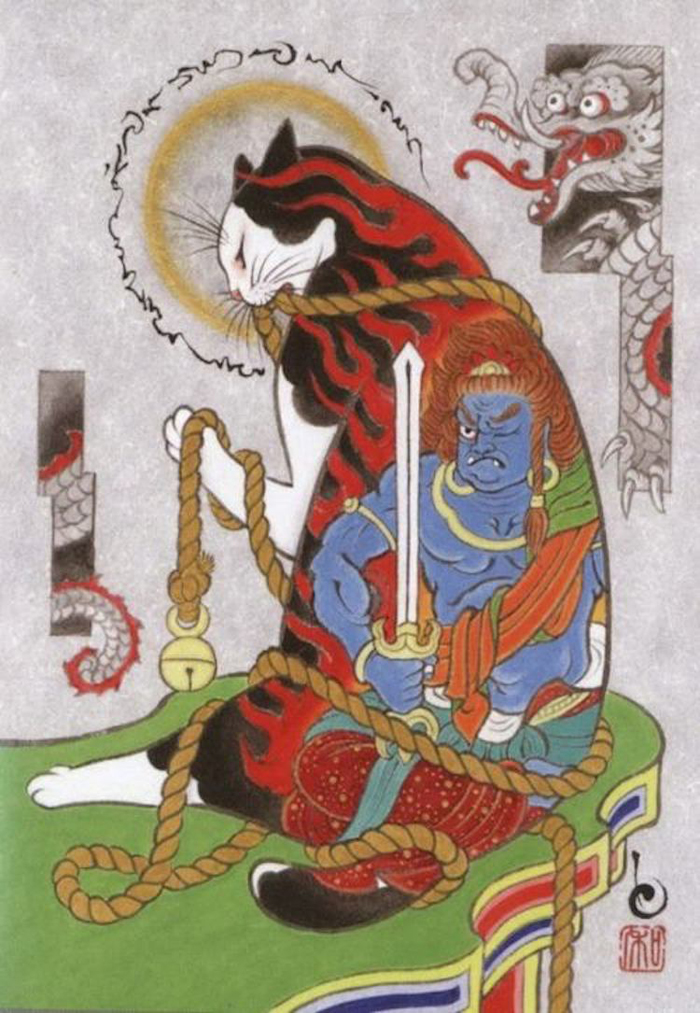 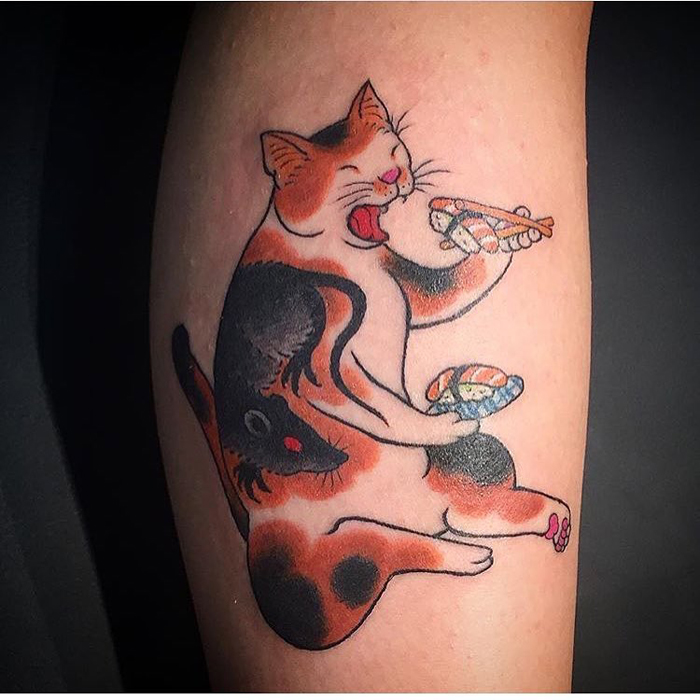 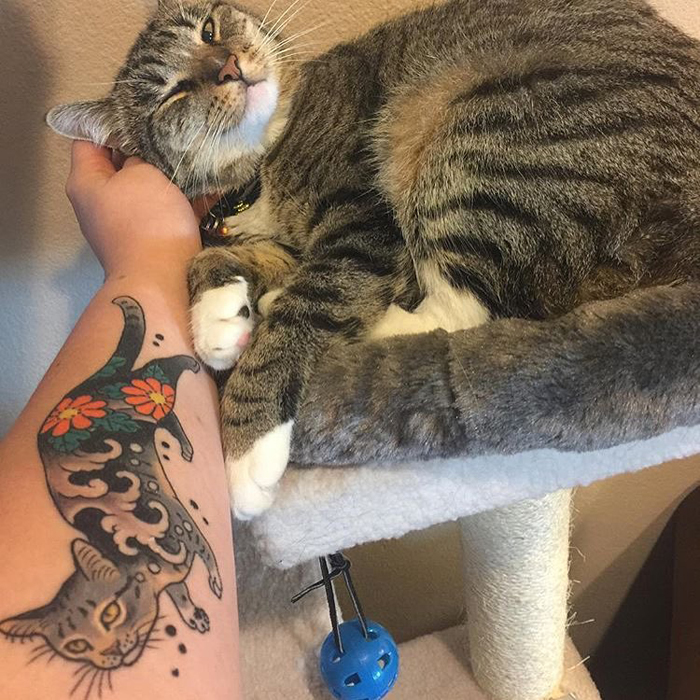 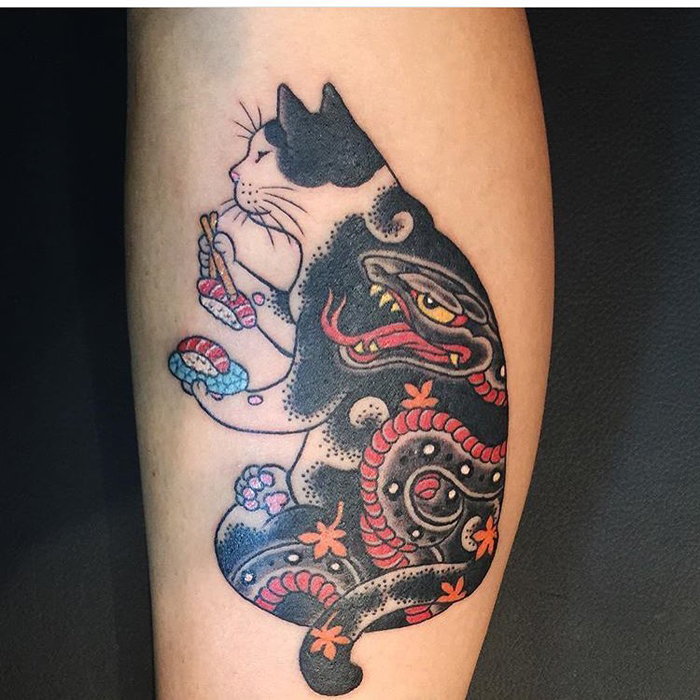 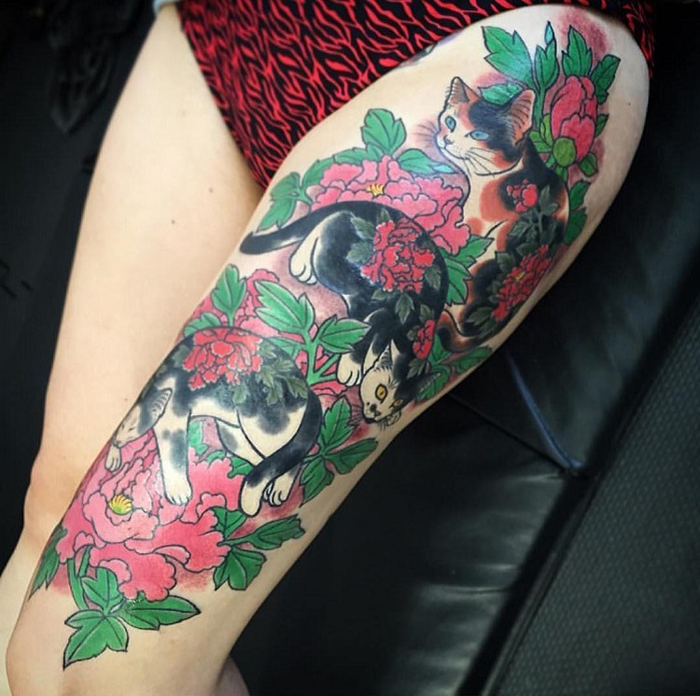 You can find his entire collection of Monmon Cats illustrations on his website and Instagram page. Moreover, you can also buy the art prints on Etsy. If you’re more of a dog person, Horimoto also makes Monmon Dogs to satisfy dog-lovers out there. 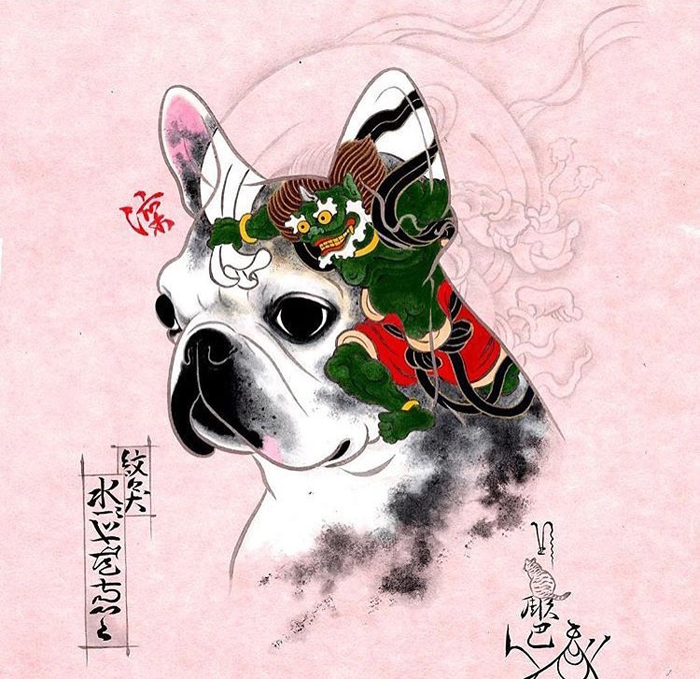 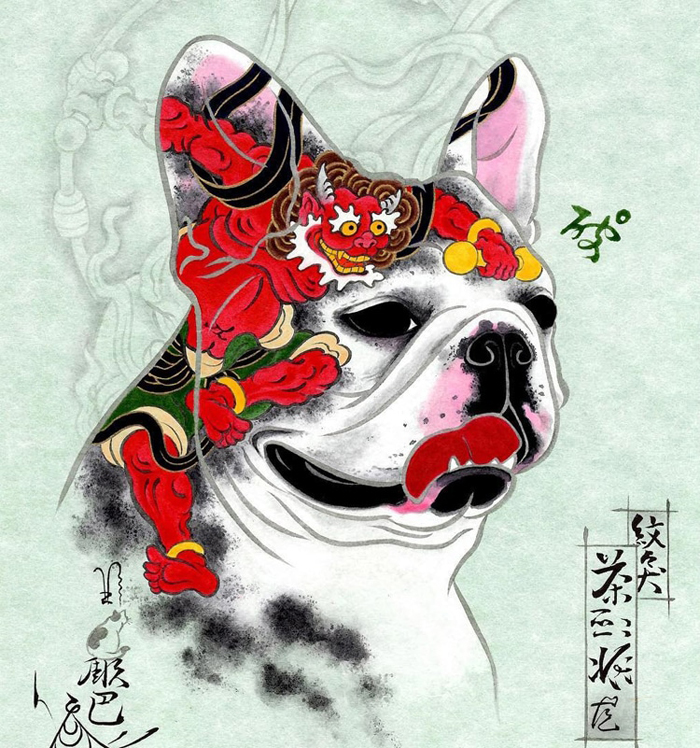