You only need to go to a bar late at night to experience the wackiest scenarios. From drunken chit-chats to brawls and getting dead drunk, this is where you get the most unforgettable (and forgettable) experiences. Everyone has their own share of embarrassing moments with alcohols. And you can certainly relate to these hilarious little matchboxes featuring cat illustrations that depict night life in a bar. 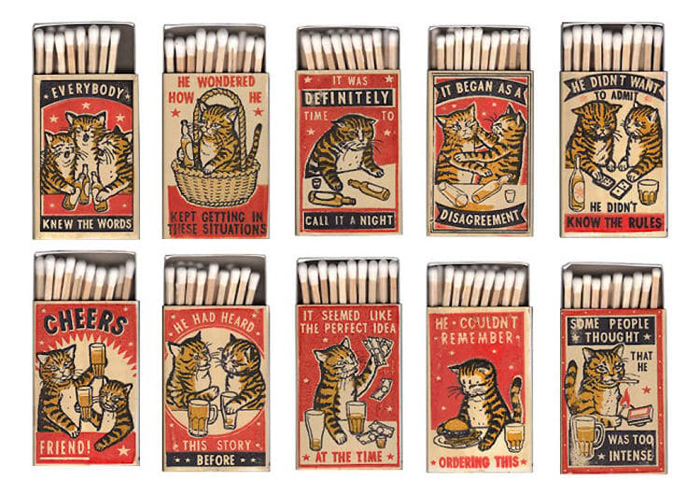 Arna Miller and her husband Ravi Zupa are working together to create matchboxes with cover illustrations of cats in bars. Using adorable felines to represent human’s embarrassing moments actually adds a great deal of humor (also cuteness) to this situation. The Strike Your Fancy series portrays drunken kitties in various amusing situations. You probably think you’ve seen these types of illustrations somewhere from vintage books or posters. This is because the artists-couple got the inspiration from the 20th century classic illustrations. 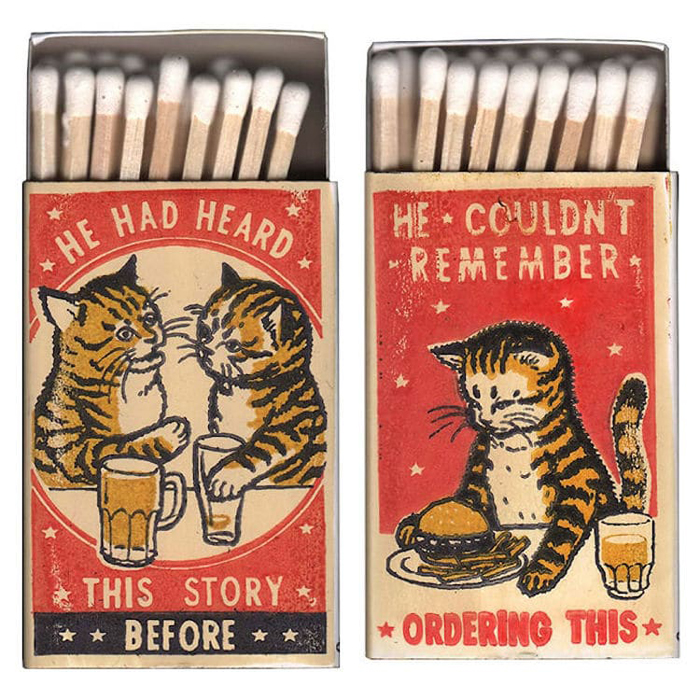 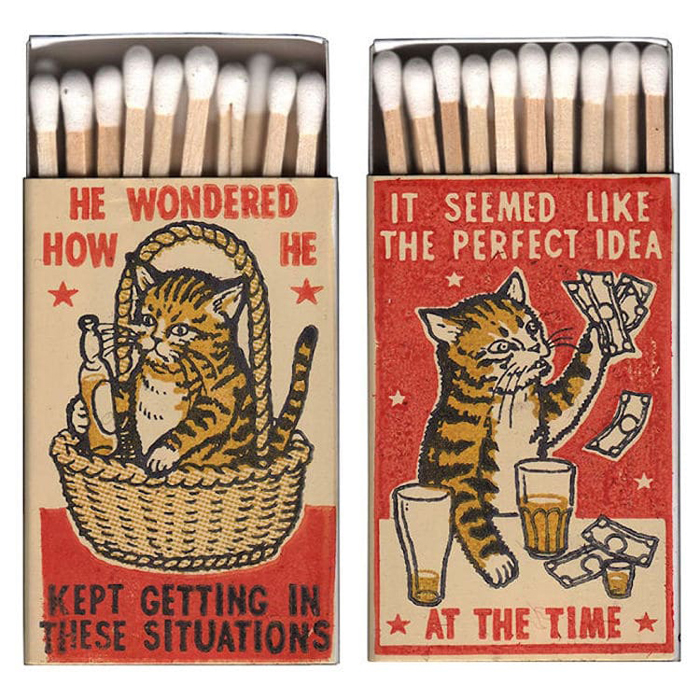 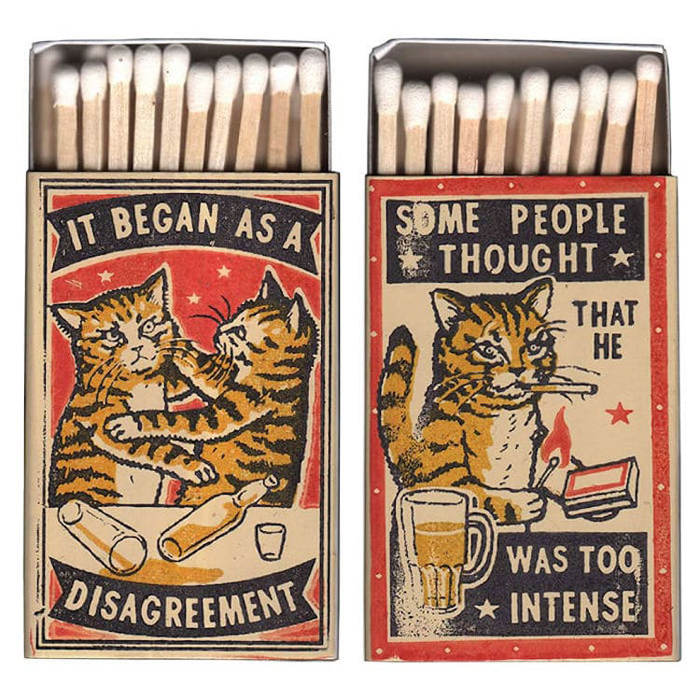 But why choose tipsy cats among other themes? Arna explains that one of her previous drawing depicts a cat with a beer. She later thought of a brilliant idea of turning it into a series. Together with her husband, the couple decided to showcase the series on the covers of little matchboxes. “We decided on matchboxes because they are so odd and magical,”  And that’s how these funny matchboxes featuring cat illustrations came to be. 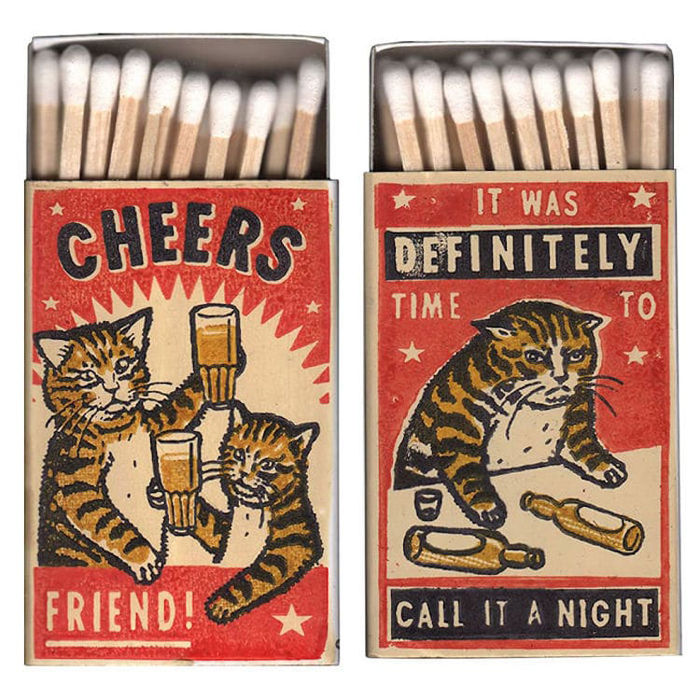 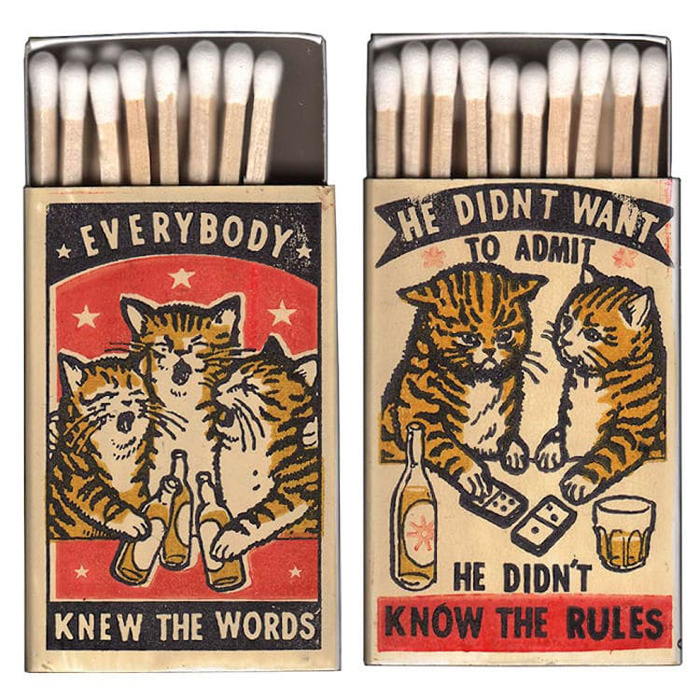 Each illustration is printed by hand in the artists’ studio. Instead of water-based inks, the artists are using oil based inks that print-makers have been using since the Renaissance. With this vintage printing technique, the artists guarantee that the image can last for centuries without fading. The Strike Your Fancy matchbox series is available for purchase on Arna Miller’s website. 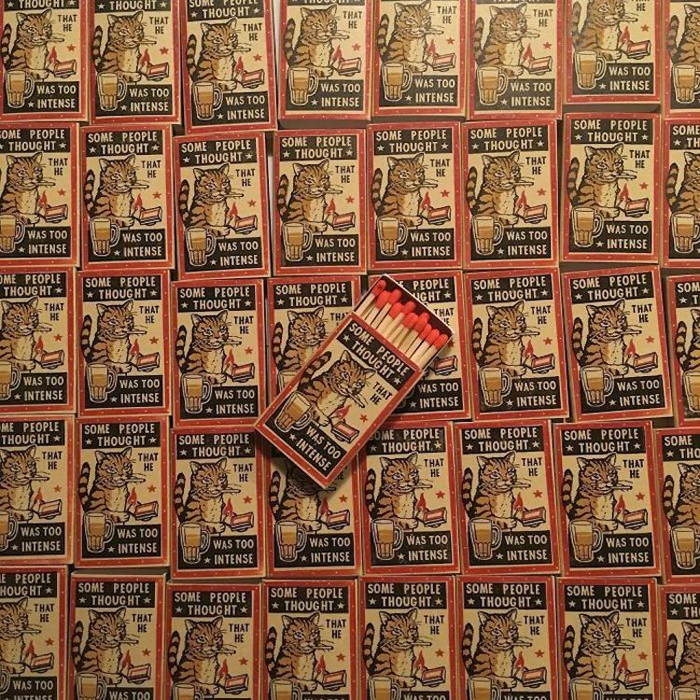 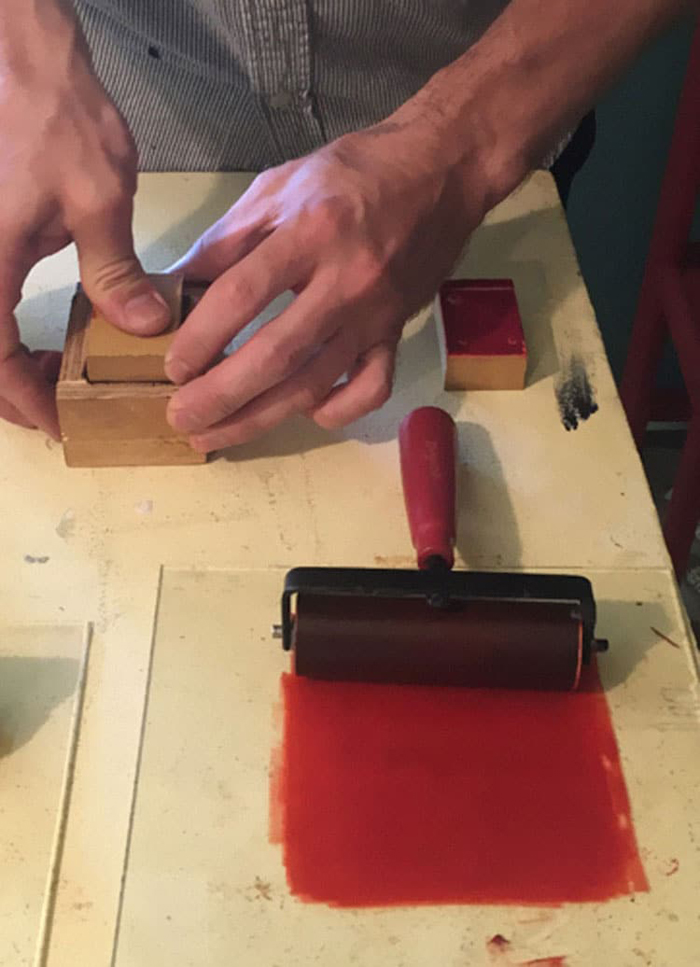 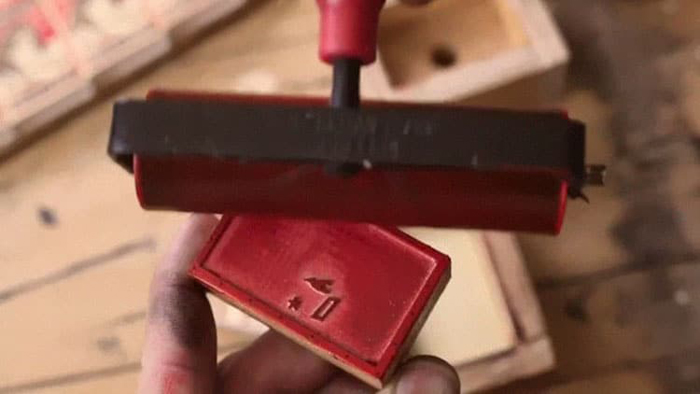 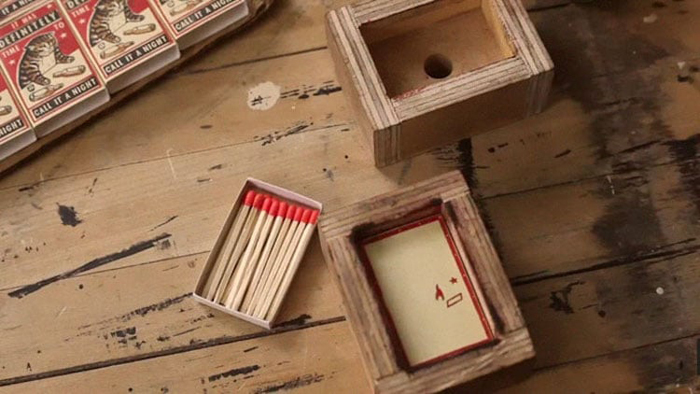 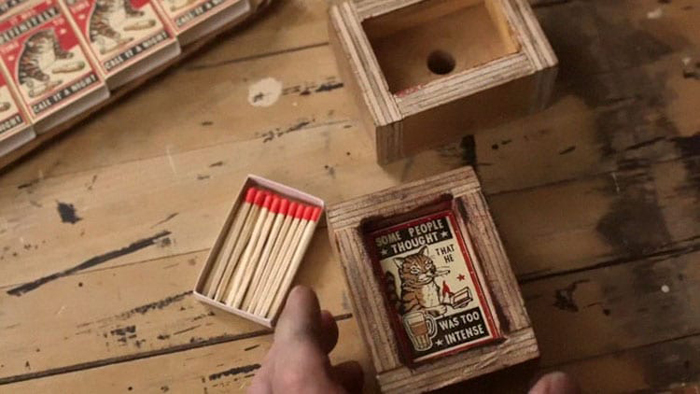 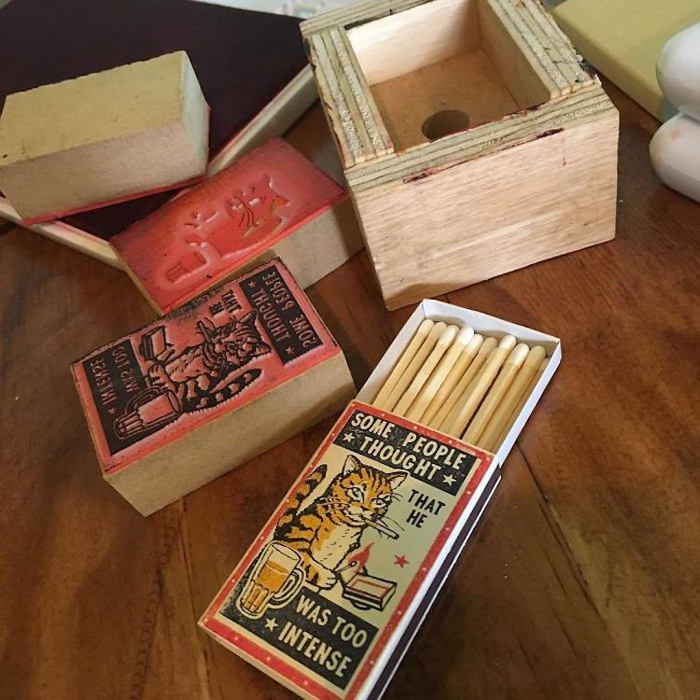 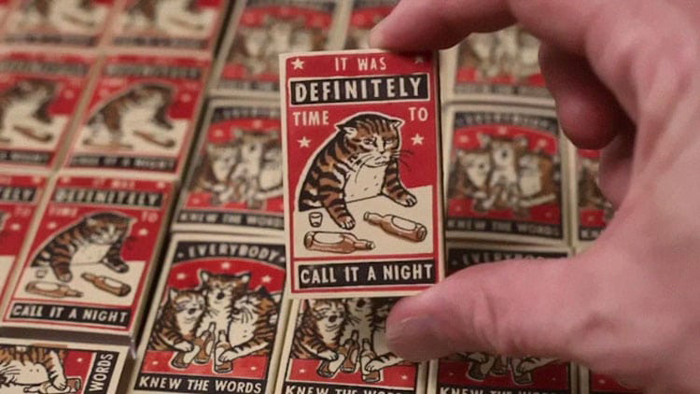