Healthcare cost in the USA is a lingering source of confusion for many. So, when US Senator Bernie Sanders tweeted the question ‘what’s the most absurd medical bill you have ever received?’, it immediately received a barrage of responses. Nearly two-thirds of US adults have medical bill or debt problems, often with accompanying horror stories about the exorbitant cost of healthcare in the USA. Because of the cost, families with low to moderate income often go without needed care. Most of the time, they are not provided with adequate protection from medical expenses. But why is healthcare cost in the US more expensive than other developed countries?

There are several reasons why medical expenses are higher in the US than other countries. One of the main reasons is that American healthcare spends more on health system, service planning, and administration which results to more expensive cost because people have to pay for them. Another reason is that USA has higher pharmaceutical costs compared to other countries. This is because the US government allows pharmaceutical companies to set their own prices. Also, healthcare providers in the US also tend to order more expensive tests and procedures than other developed countries. Performing costly tests and procedures that are not medically necessary is part of a practice called ‘defensive medicine’ where doctors protect themselves from litigation that can tarnish their medical career.

All these factors contribute to the sky-high cost of healthcare in the US. This is why Senator Bernie Sanders, in his bid for presidency, proposes a government-run health insurance system in order to address the issue. Furthermore, he vows to cancel the existing medical debt of all Americans. To show the severity of the country’s healthcare cost crisis, Sanders asked the public thru his Twitter account to reveal the most absurd medical bill they have ever received. As expected, several Americans responded by sharing their own medical woes. While most of us already know of this issue, these real-life stories will still shock you.

We’ve compiled some of the most absurd medical bill stories from the thread that will surely baffle you beyond words. Even you can’t explain how these medical bills have reached such ridiculous number of digits. You’ll definitely don’t want to get ill in the Land of Opportunity ever again after reading these stories. 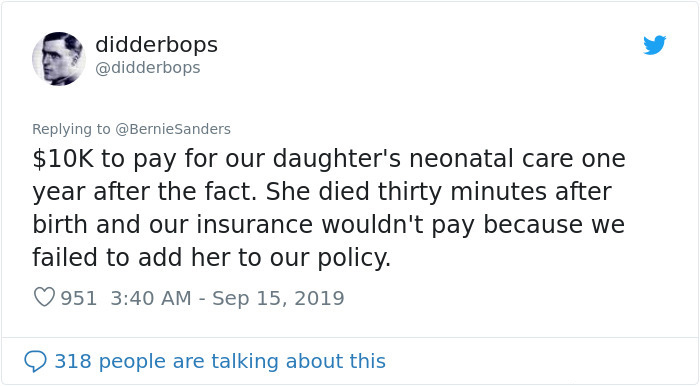 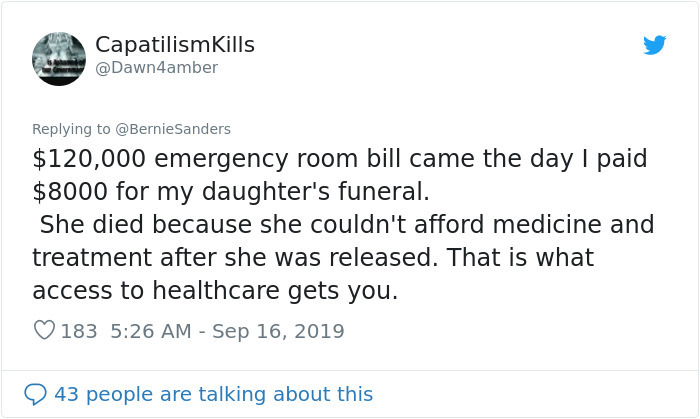 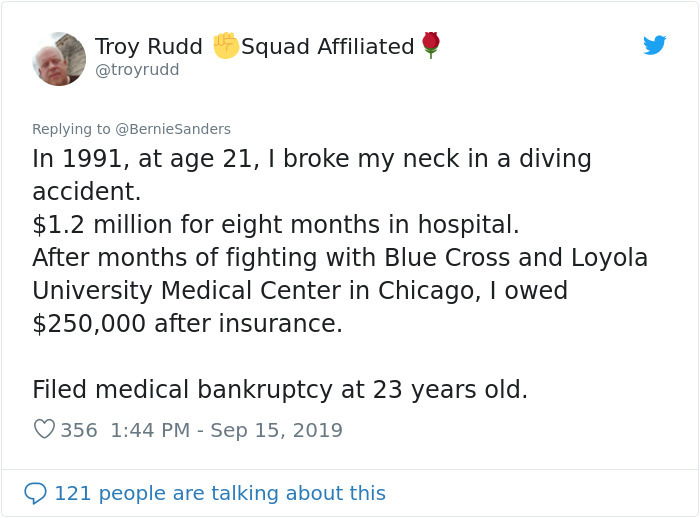 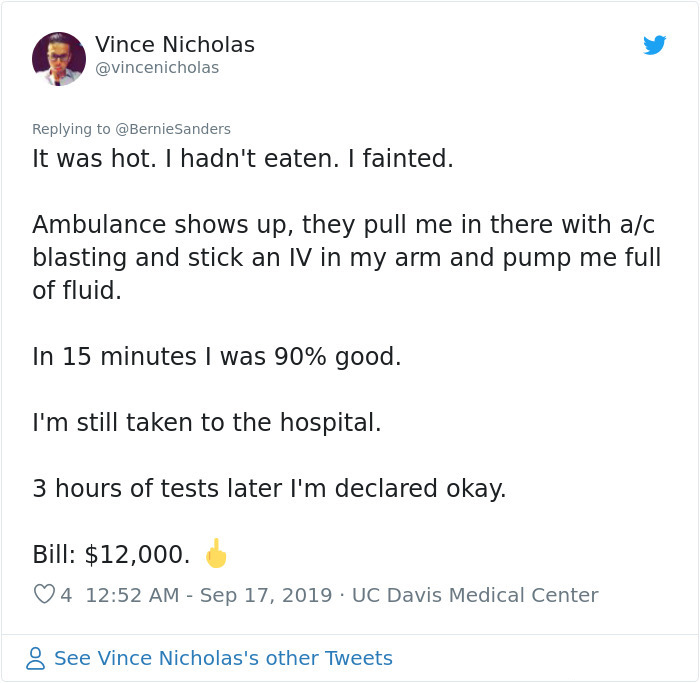 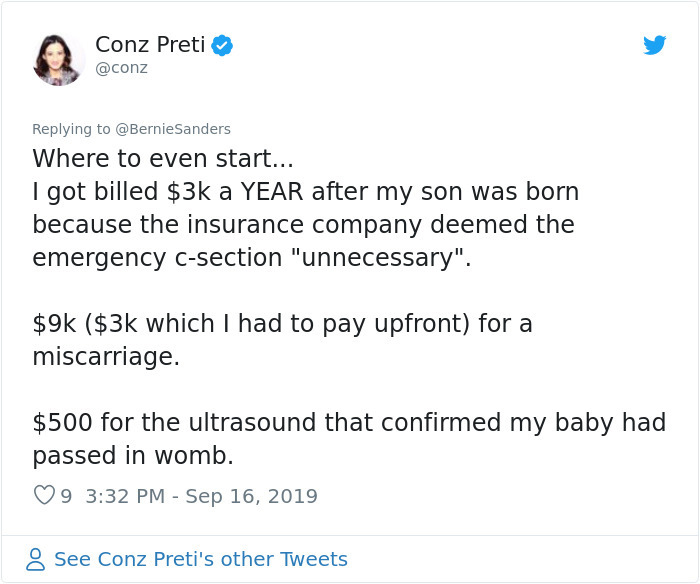 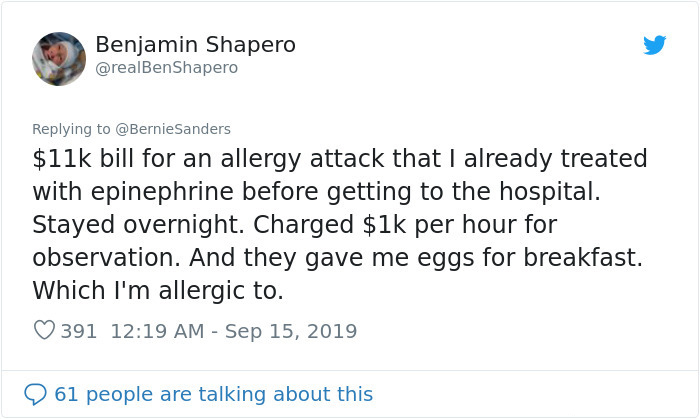 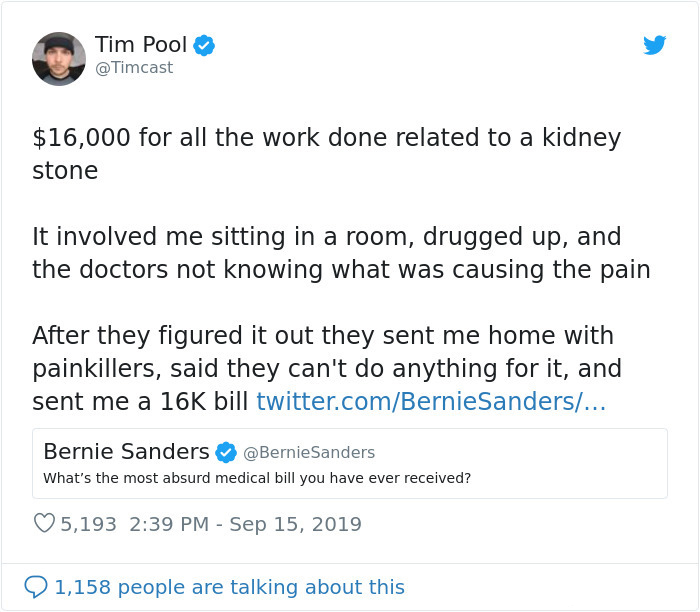 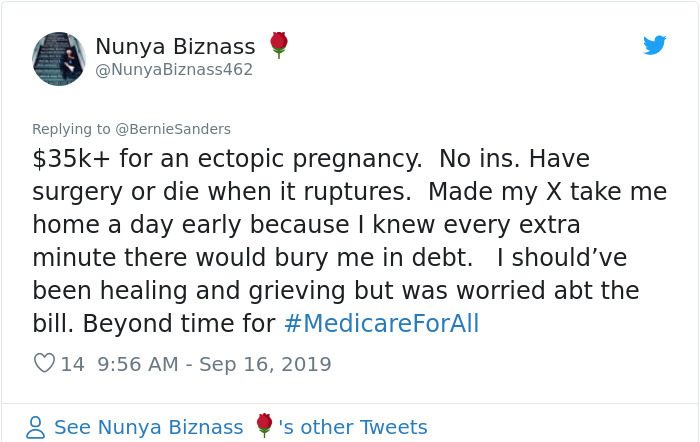 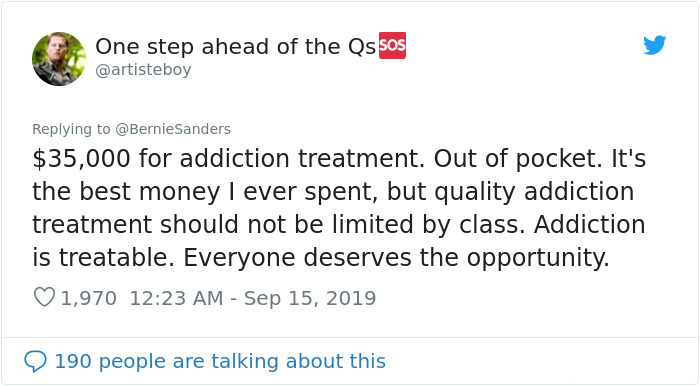 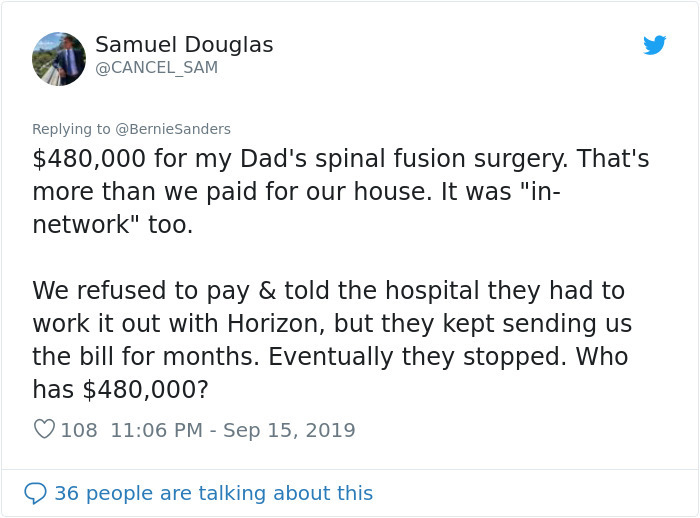 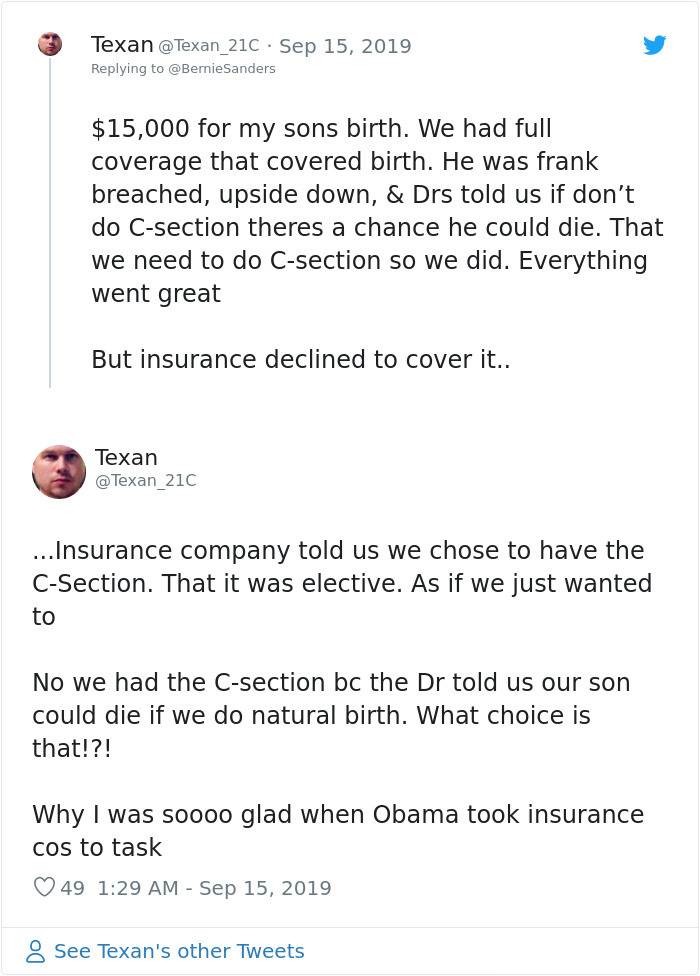 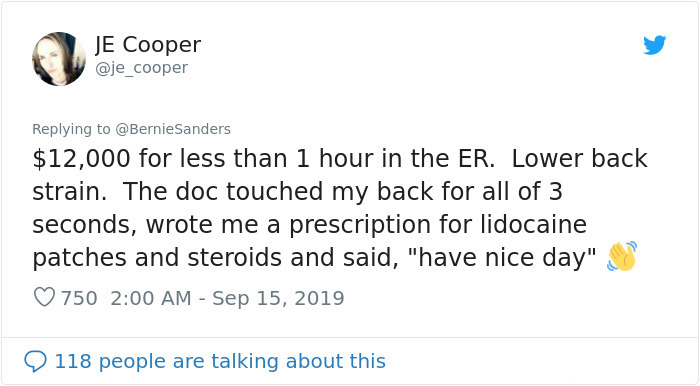 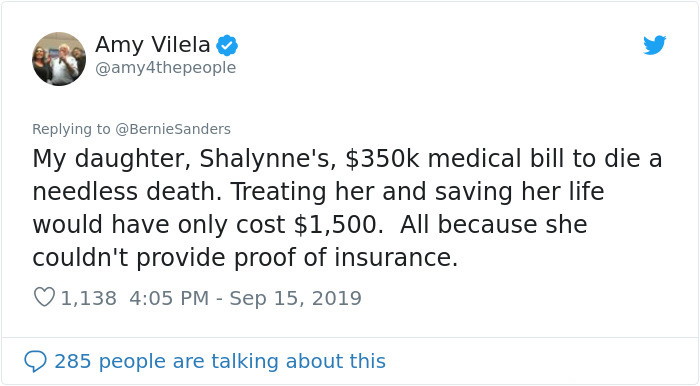 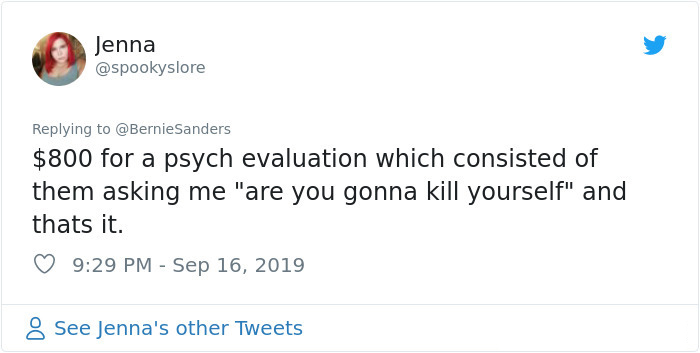 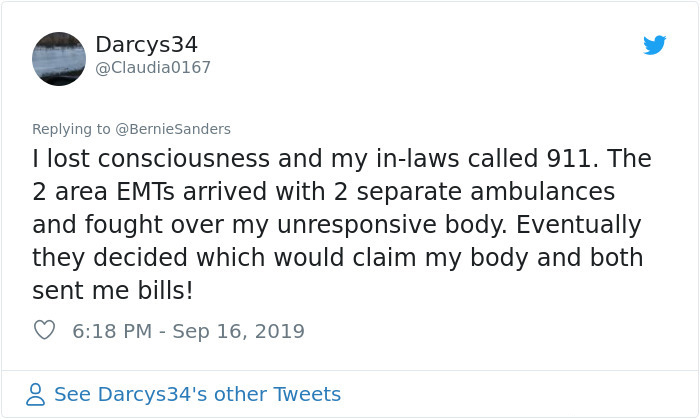 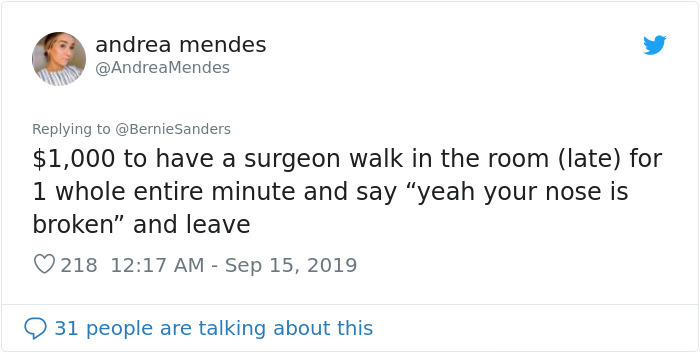 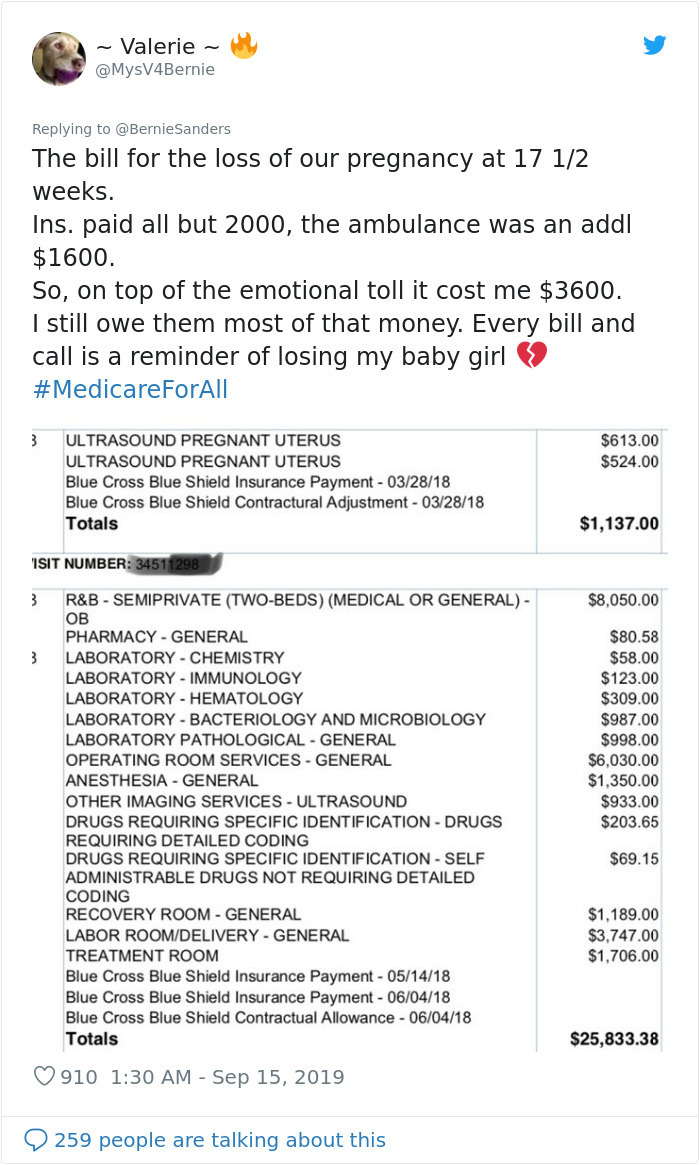 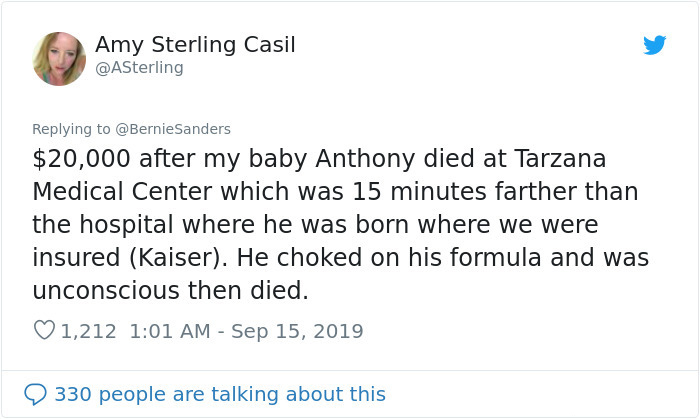 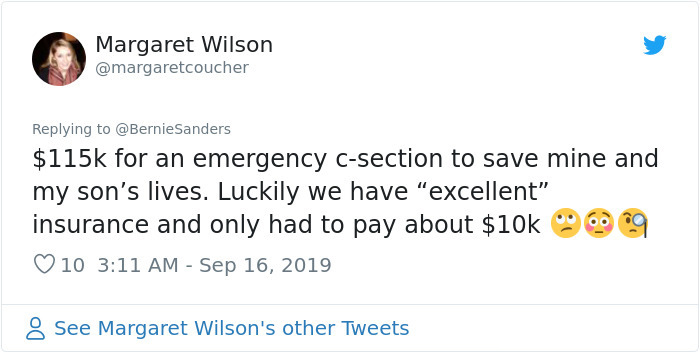 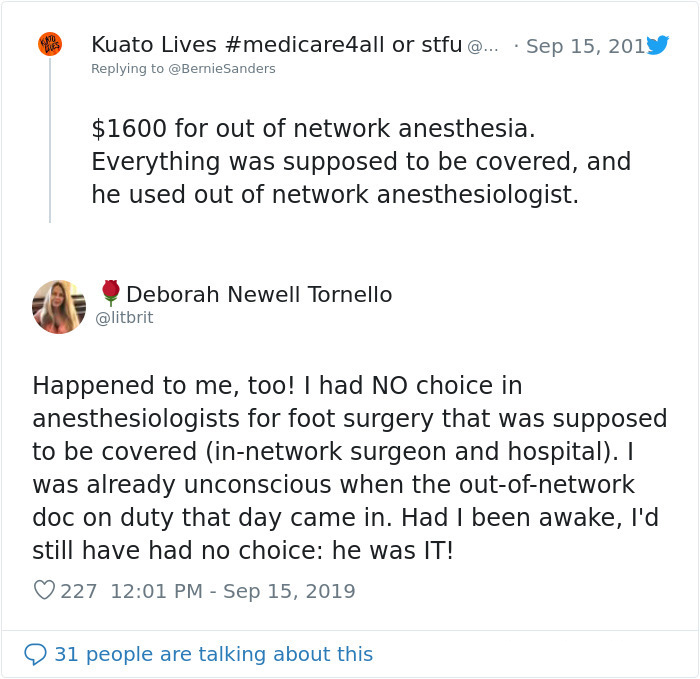 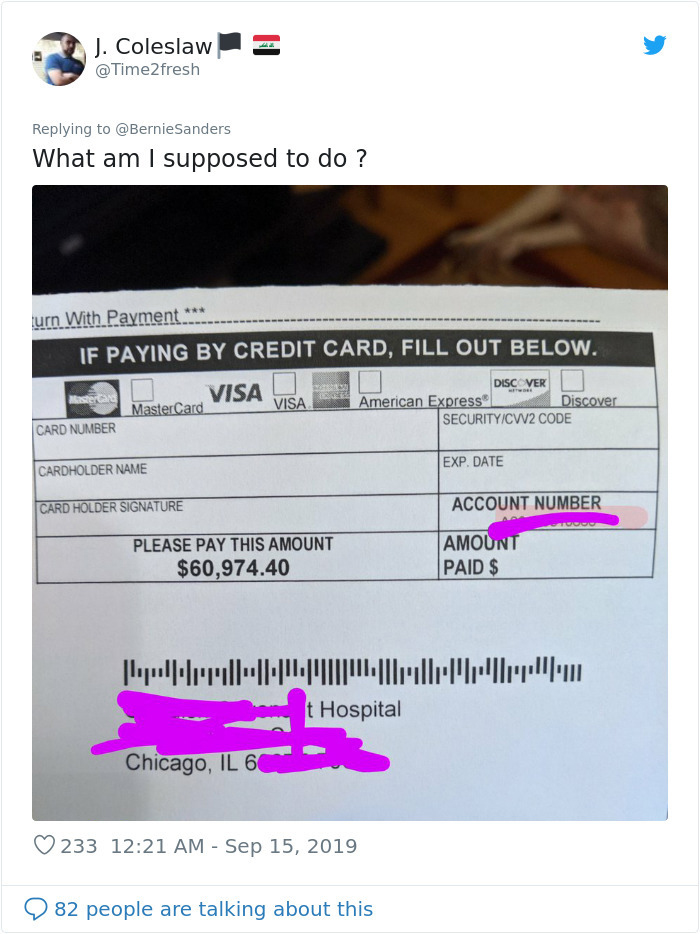 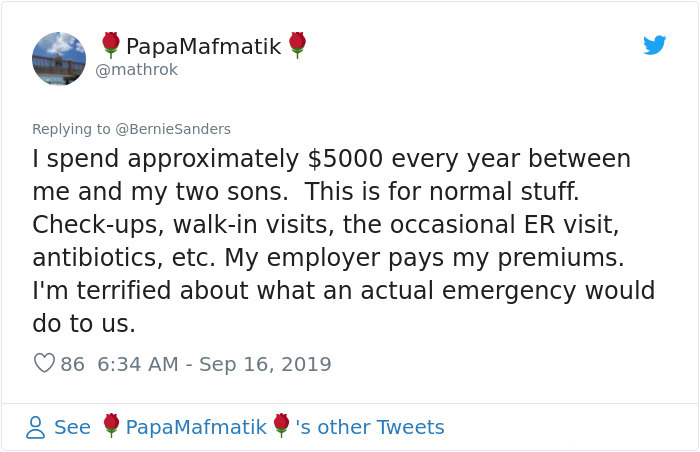 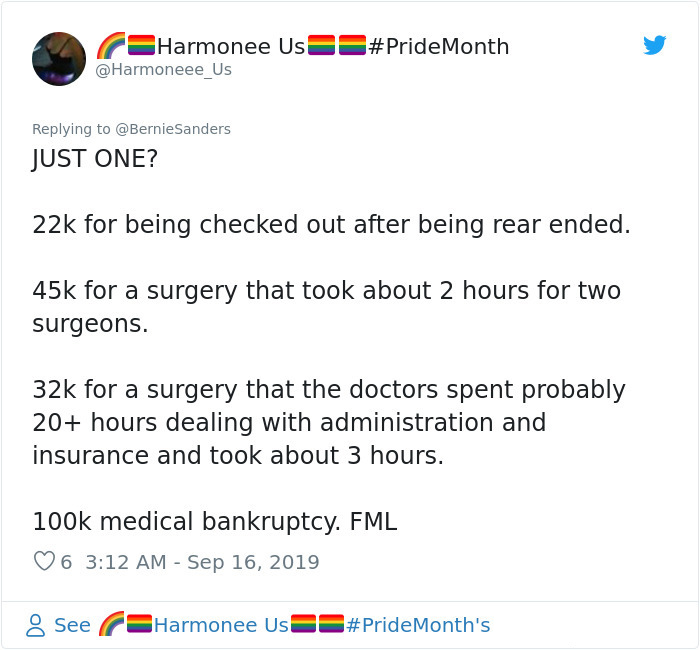 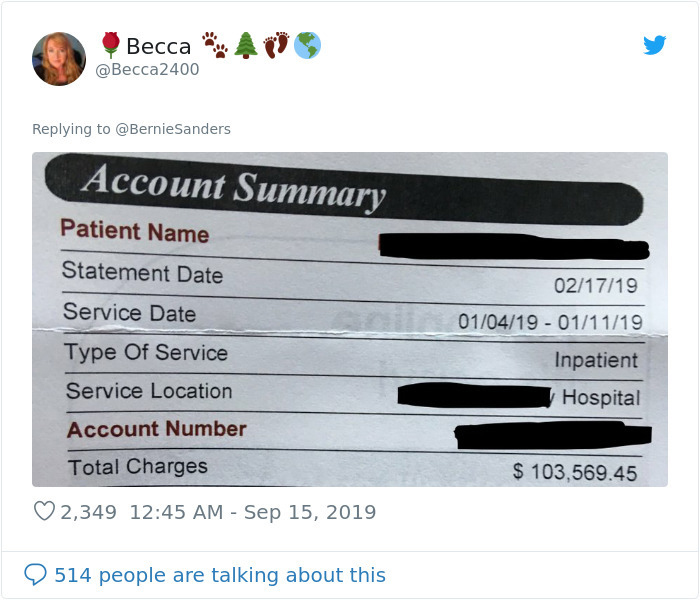