Artists have a unique ability to see the beauty in things that most of us wouldn’t even notice. One fine example of this are the works of Armenian-Russian painter Ivan Konstantinovich Aivazovsky. During his lifetime, this legendary marine artist created over 6,000 spectacular seascape paintings. These paintings exhibited the beauty, grace and power of turbulent waters.

The first thing that comes to mind when we see high, raging waves is that it’s dangerous and we should seek shelter. Ivan found himself drawn to the restless waters so much that he devoted his entire life trying to capturing essence of the ocean. There’s a lot of reasons why Ivan’s paintings are considered masterpieces. 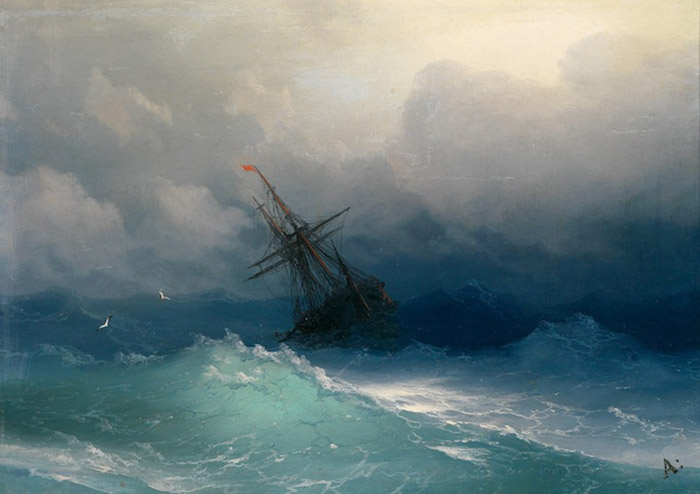 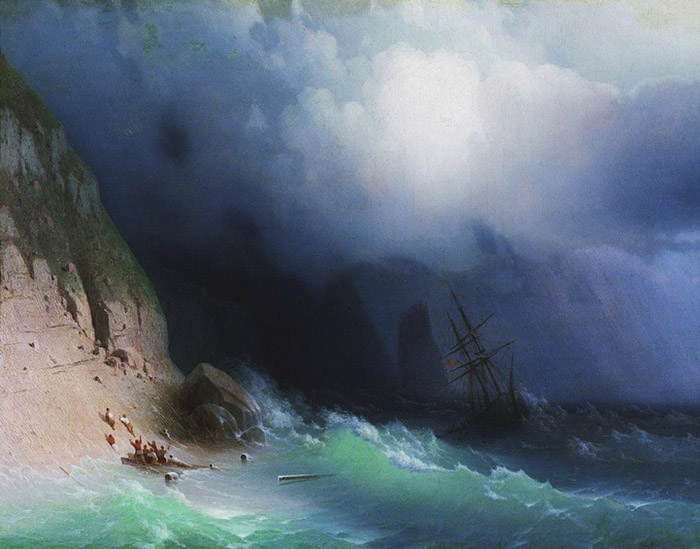 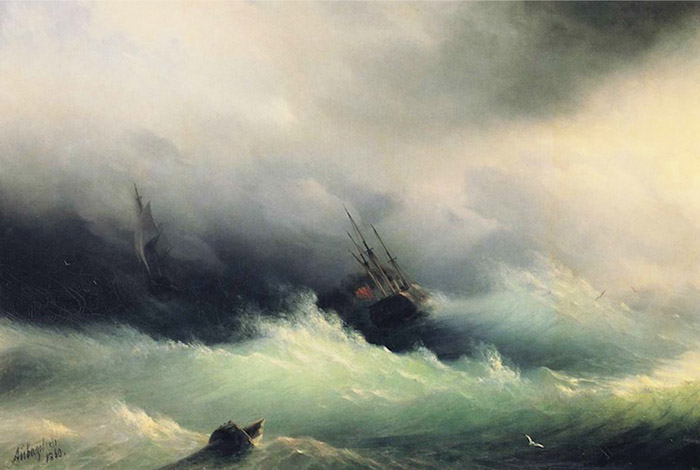 Why Are these Paintings Different to Others?

Artists paint the ocean all the time. However, it takes a whole new level of talent to capture its lively spirit. This is what sets the works of Ivan Konstantinovich Aivazovsky above all the rest. The way that Aivazovsky plays and manipulates the colors, light, and texture are almost romantic. Every masterful stroke evokes a feeling of knowledge about his subject. Furthermore, the translucent effect that Aivazovsky applied to the waves captures the ocean’s graceful allure.

“Although he produced many portraits and landscapes, over half of all of Aivazovsky’s paintings are realistic depictions of coastal scenes and seascapes. He is most remembered for his beautifully melodramatic renditions of the seascapes of which he painted the most. Many of his later works depict the painful heartbreak of soldiers at battle or lost at sea, with a soft celestial body taunting of hope from behind the clouds. His artistic technique centers on his ability to render the realistic shimmer of the water against the light of the subject in the painting, be it the full moon, the sunrise, or battleships in flames. Many of his paintings also illustrate his adeptness at filling the sky with light, be it the diffuse light of a full moon through fog, or the orange glow of the sun gleaming through the clouds.” WikiArt wrote about the artist. 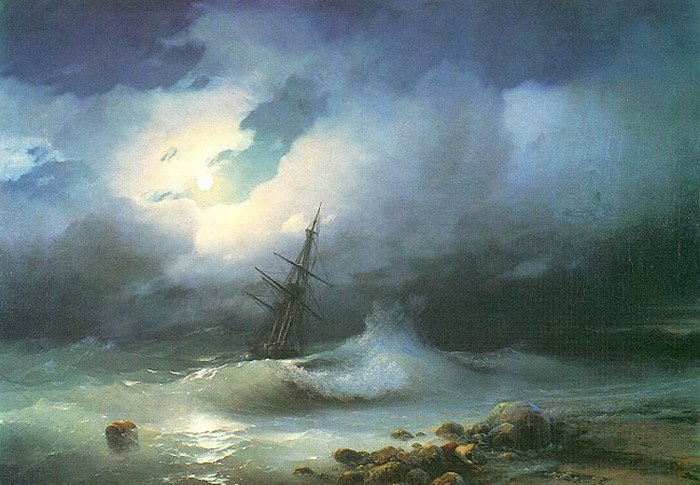 “Perhaps no one in Europe has painted the extraordinary beauty of the sea with so much feeling and expressiveness as Aivazovsky has,” V. Adasov wrote.

Aivazovsky’s paintings were so mesmerizing that Delacroix called him a genius. Anton Chekhov coined the saying “worthy of Aivazovsky’s brush”. This is a way of saying that something is beautiful in Russia. The Russian Navy  also enlisted him as their official artist, which allowed him to make very important political and social connections.

Aivazovsky gained international fame for his works when he was 25. 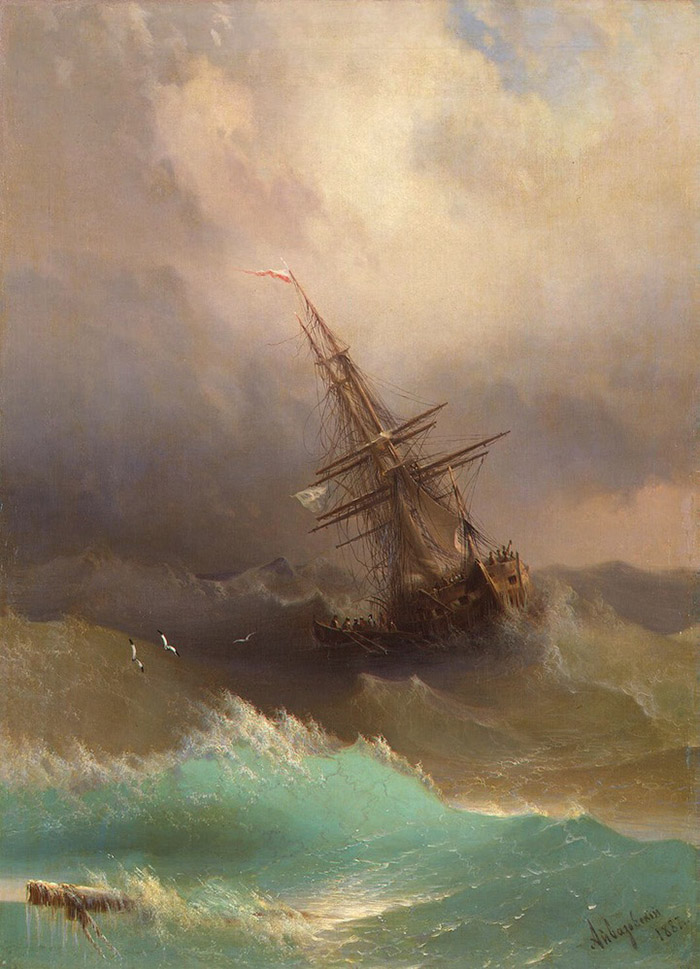 Ivan’s method of depicting the sea’s motion evolved throughout his career. It should also be noted that Ivan Konstantinovich Aivazovsky painted his work from memory. The artist’s creative process didn’t involve much preparation. In fact, he limited himself to rough pencil outlines when it was absolutely necessary. 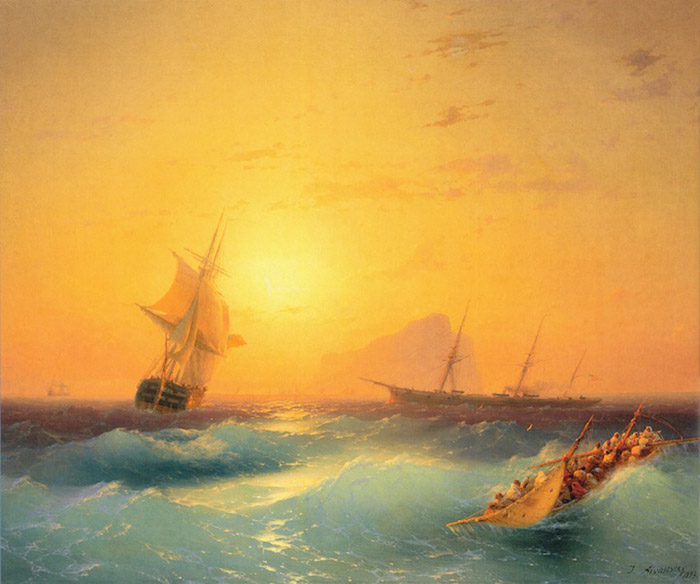 Aivazovsky was the most influential seascape painter in the 19th century. 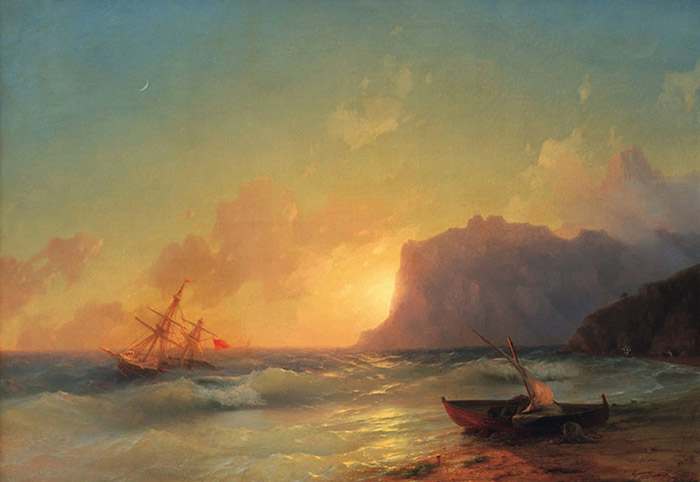 According to the Russian Museum, “he was the first and for a long time the only representative of seascape painting; all other artists who painted seascapes were either his own students or influenced by him.” 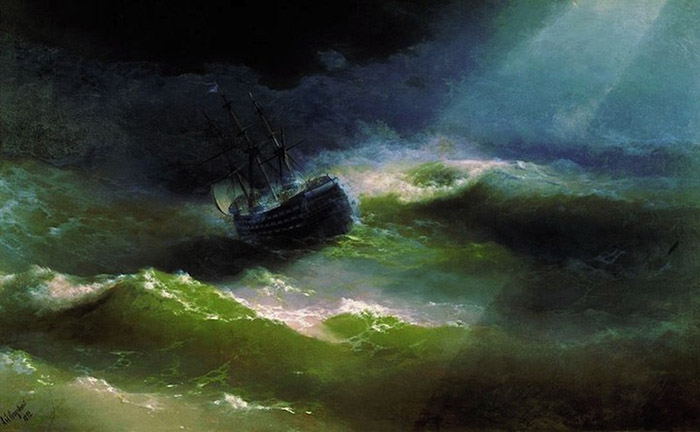 If you would like to see more of Ivan Konstantinovich Aivozovsky’s seascape paintings, you can visit the Aivozovsky National Museum in Feodosia. The gallery was founded by the artist himself in 1880, and it holds the largest collection of Aivozovsky paintings. His lively seascape paintings began appearing at auction blocks in the early 2000’s. Most have gone into the collections of Russian oligarchs. One painting sold for a record $5.2 million in April 2012. And unfortunately, since Aivozovsky’s work is highly sought after by collectors, several pieces have been stolen throughout the years.  Looking at these wonderful paintings of the sea is inspiring us to go to the nearest beach! How about you?