No matter how old you get, water fights will always be part of pool parties. So, if your family members and friends are more on the competitive side, then why not take these fights to the next level? Equipped with an actual functional water cannon, this tank pool float will instantly transform any body of water into a battlefield!

Aptly named as Pool Punisher, this inflatable combat vehicle features a built-in water cannon equipped with a pump-action squirt gun. It boasts a shooting range of up to 50 feet, so it’s sure to evoke fear among everyone around you. Made of ultra-durable vinyl, it’s able to withstand even the most extreme water battles. It also comes in an army green color and features tank tread decals on the sides to complete its military look. 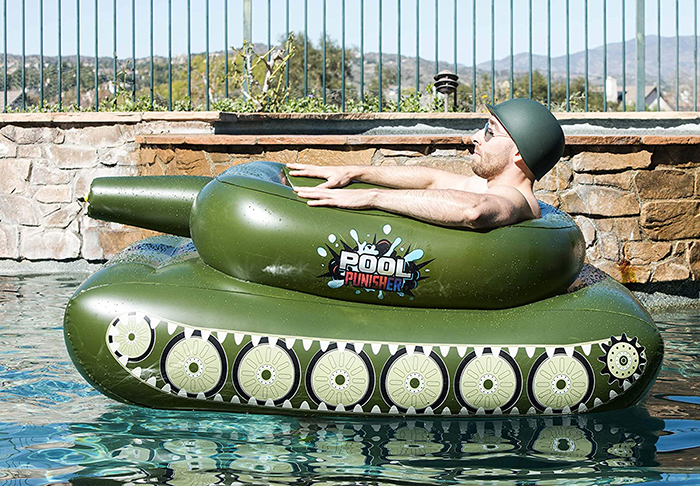 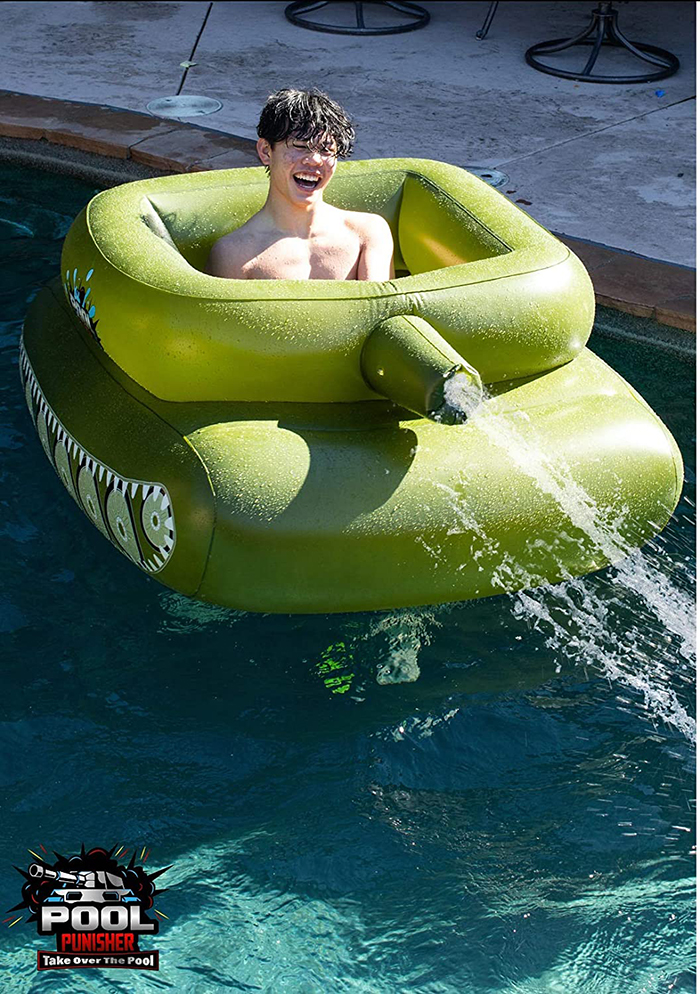 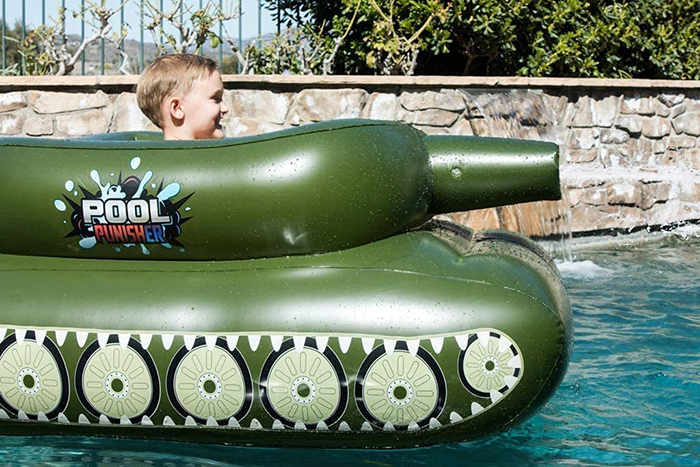 Take your water fights to the next level with this tank pool float! 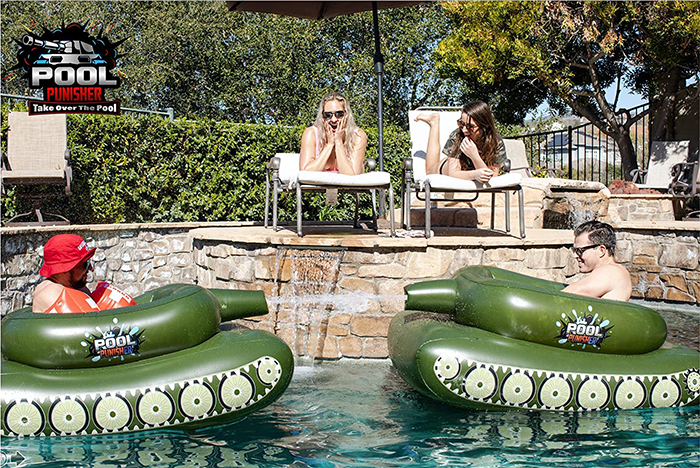 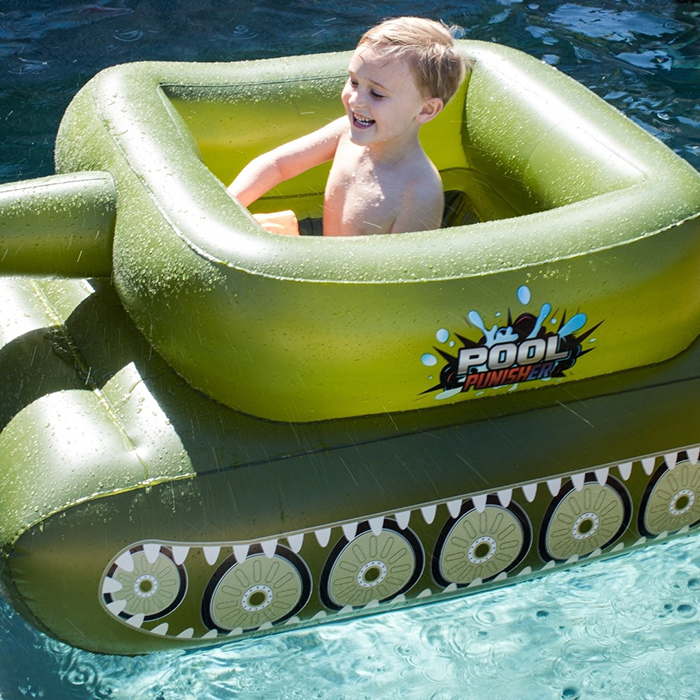 To gear it up for action, simply unfold the Pool Punisher first and lay it on a flat surface. Then inflate it all the way up to ensure maximum agility and stability while in the water. You can use a hand pump to inflate it manually. But for convenience, you may also opt to use an electric pump or even a hairdryer on cool mode to inflate it. 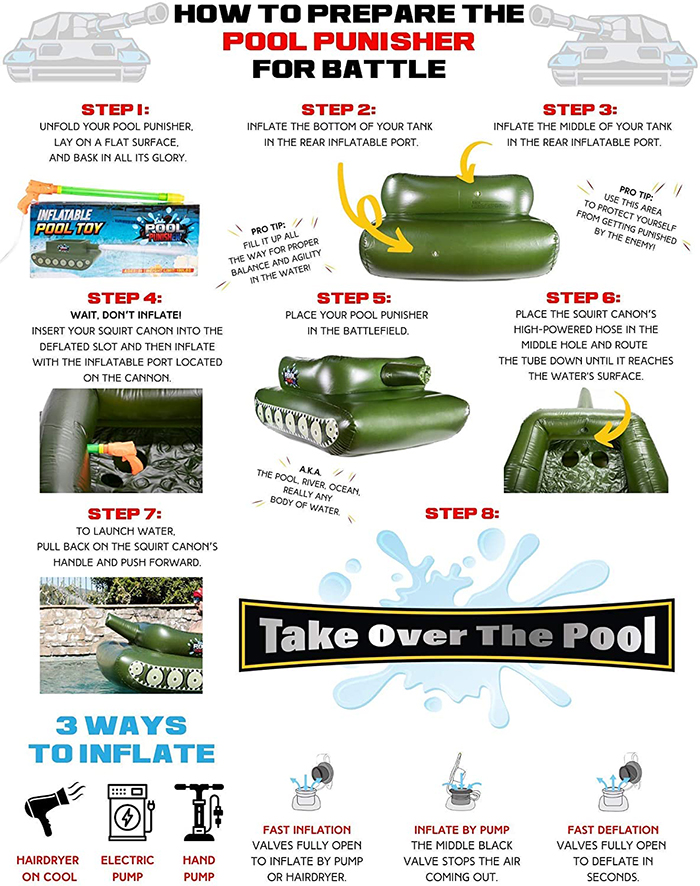 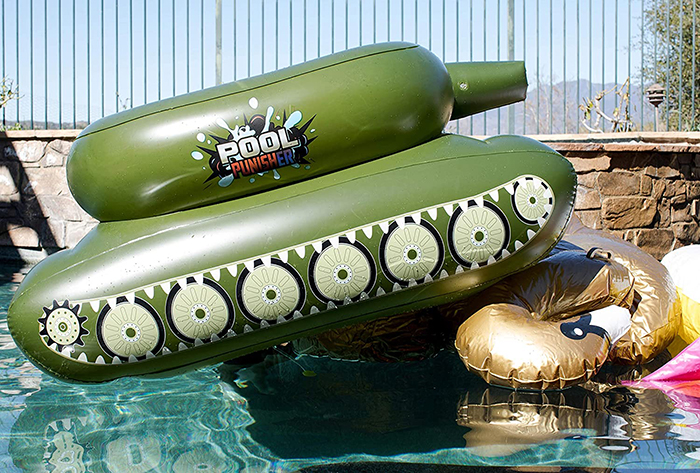 When fully inflated, it measures a whopping 61″ long, 44″ wide, and 24″ high, with a weight limit of up to 300 pounds. So, it’s suitable not just for kids 5 and up but even for kids at heart as well! To get it ready for battle, just insert the squirt gun into the cannon’s hole which is accessible from the cockpit. Then position the squirt gun’s high-powered hose in the hole between the leg holes and route it down until it reaches the water’s surface. 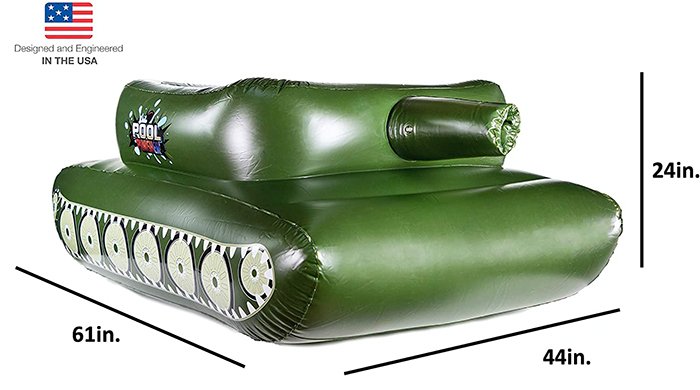 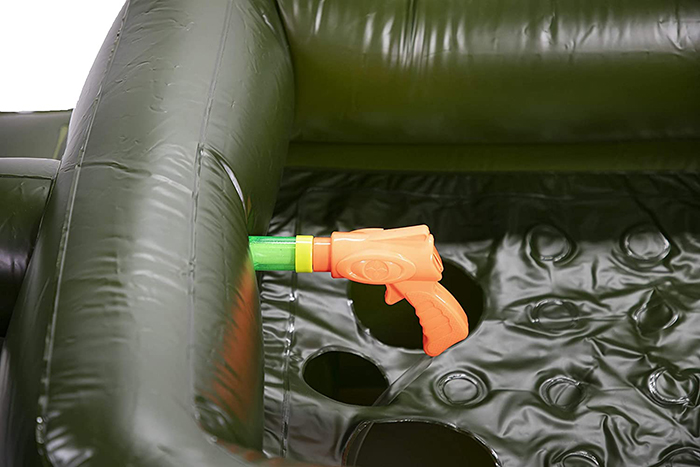 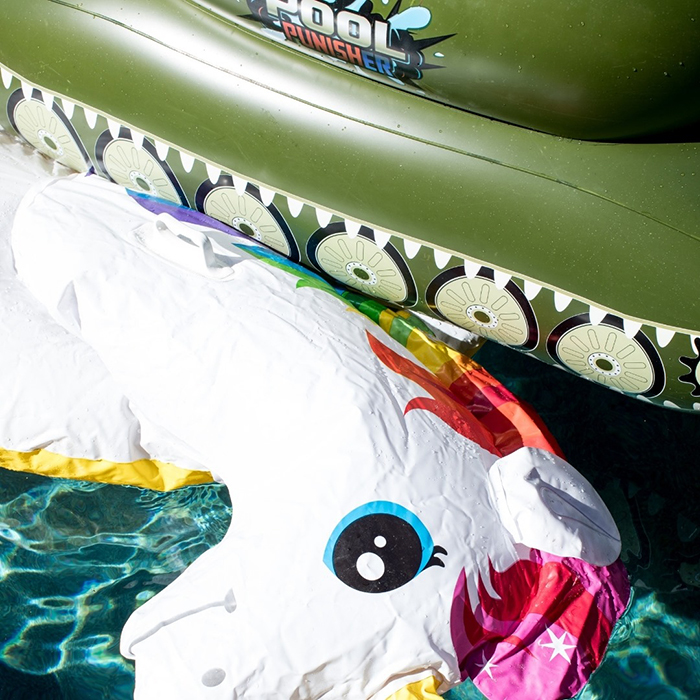 Your tank is now ready for battle! Just aim the cannon at your target and pull the squirt gun’s trigger to launch water! As mentioned earlier, this inflatable combat vehicle comes with leg holes. So, you can use your feet to paddle for navigation as you attack your enemies. This also means that you can take the battle to the poolside or by the shore—just make sure your gun’s loaded with water! 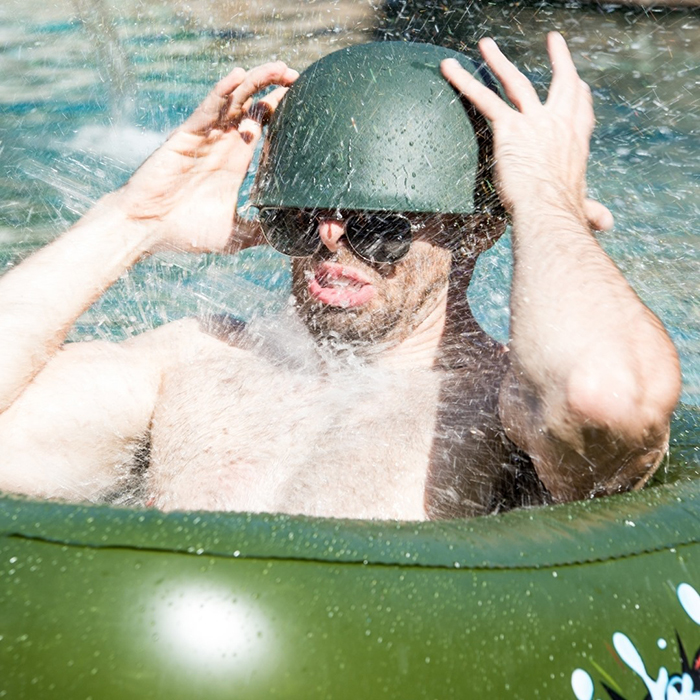 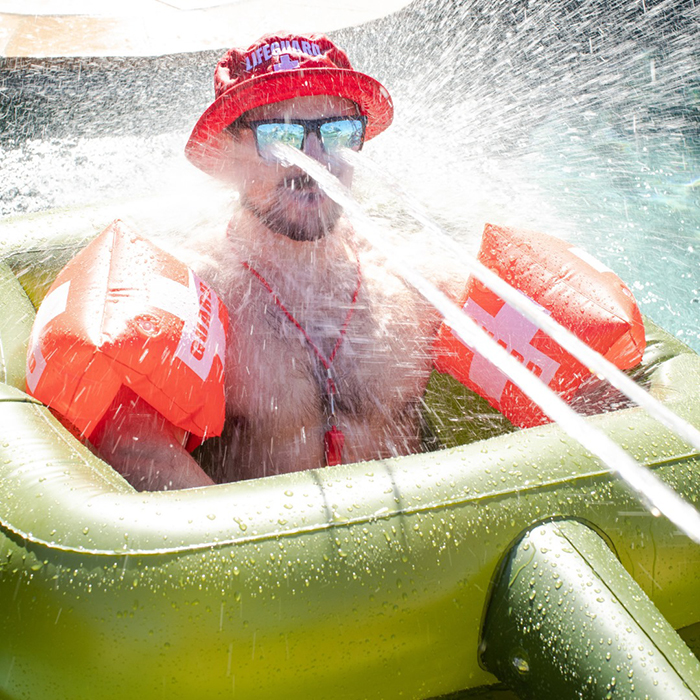 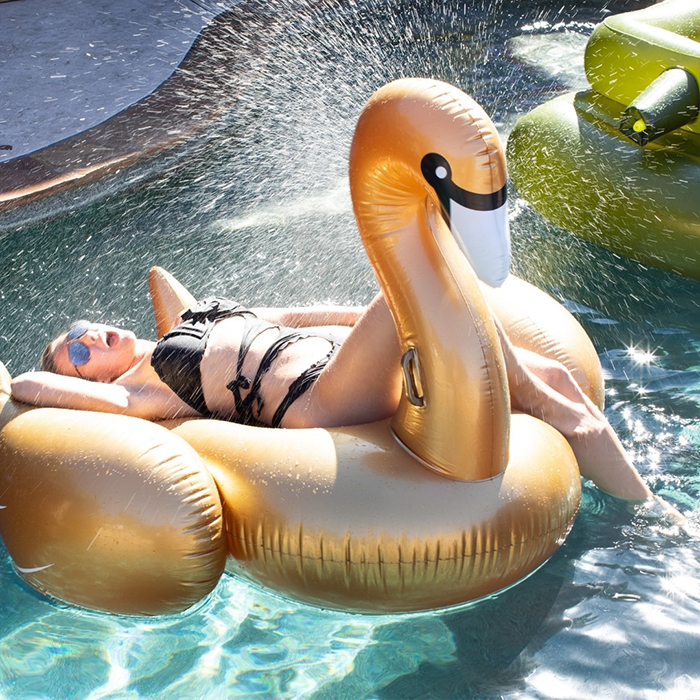 “We’ve been having a blast with Pool Punisher! It is really a great concept that has helped us create many new games. The adults have enjoyed it as much as the 8- and 9-year-old and it’s managed to hold well over 200 pounds. Durability hasn’t been an issue even when the punisher has been boarded and commandeered. Can’t wait to take it to the lake!”