Bored and tired of playing the classics Marco Polo or sharks and minnows? If you’re looking for a new exciting game to play during your next pool party, this inflatable dino duel pool float promises hours of fun for kids and adults alike. Forget about the same old noodle joust game because this Jurassic-inspired upgrade will keep everyone roaring with fun and laughter.

This pool float game set consists of two inflatable dinosaur ride-ons and two inflatable bones. Have two players ride the dinosaurs and give each one an inflatable bone stick to let the battle begin. Once settled, the players will joust with the bone sticks until one of them is knocked off the dino floatie. The remaining player is the winner of the game. It’s basically much the same as the traditional noodle joust. But when dinosaur is involved, everything just gets more exhilarating. 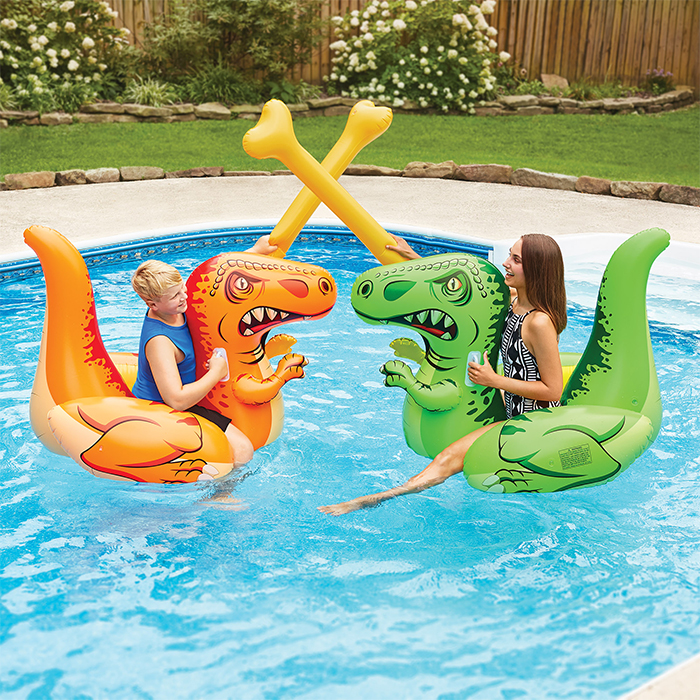 Designed to elevate your pool party, this inflatable dino duel pool float game features a pair of ferocious-looking T-Rexes. Each comes complete with a pair of legs, curvy tail, large head, and a pair of short arms. One comes in bright orange color while the other one comes in bright green color for optimum visibility on water. Each inflatable predator has two heavy-duty handles on both sides of the neck to allow riders to have better grip during the battle. 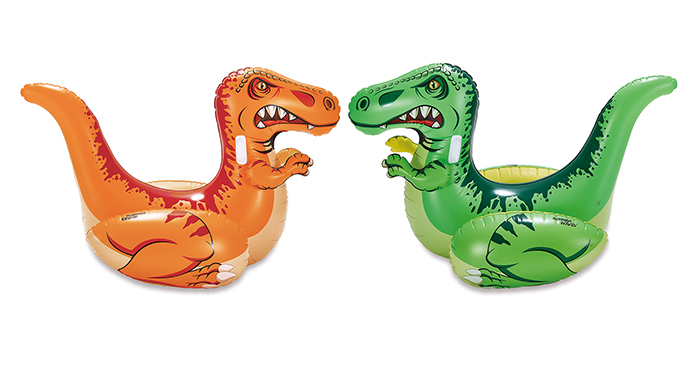 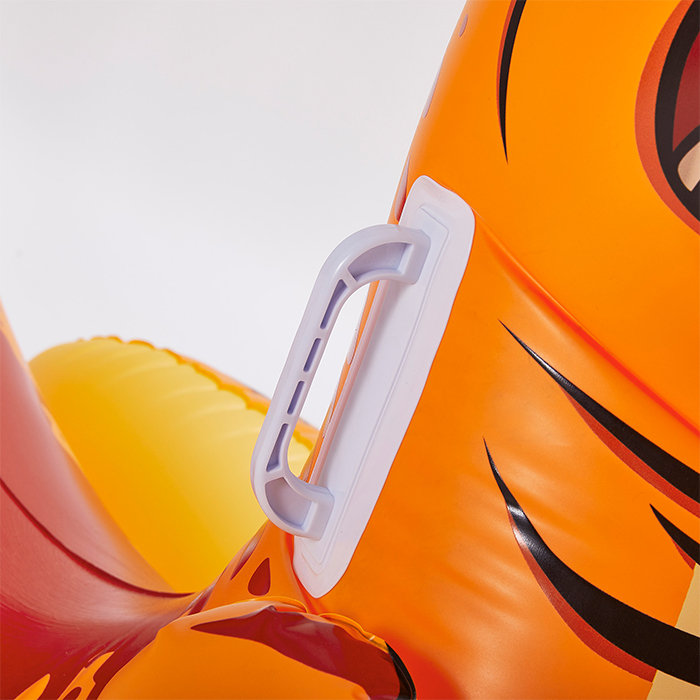 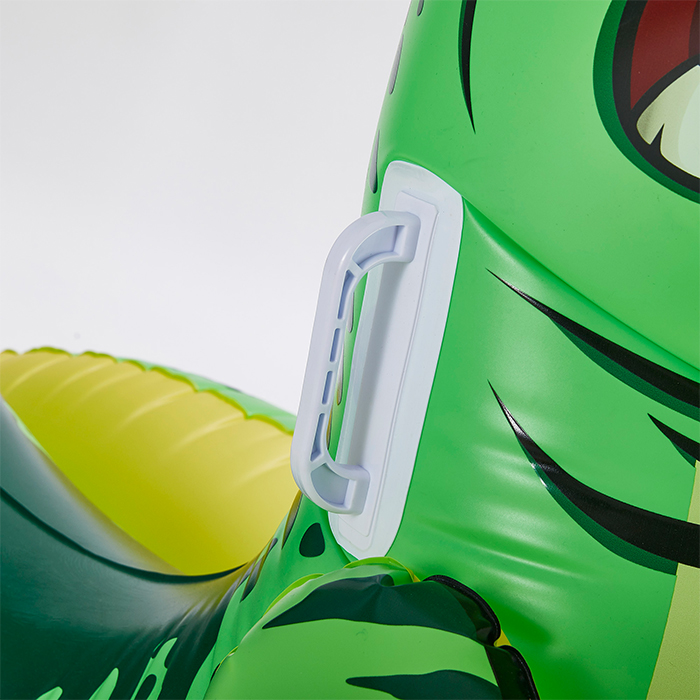 This inflatable dino duel pool float game is made with durable, puncture-resistant material with 8 air chambers for added safety. It comes with a repair patch kit in case of leaks and accidental tears. The dinosaur ride-ons and the bones can be easily inflated using an air pump (not included). When fully inflated, each dinosaur measures 61 inches x 38 inches x 39.5 inches while each bone stick measures 46 inches x 9 inches x 5.5 inches. One happy buyer wrote:

“[Highly recommended] because my sons love dinosaurs and they can hit each other with the yellow sticks without actually hurting each other. Also, it comes in a 2-pack so I don’t have to buy 2. They will have fun with it.” 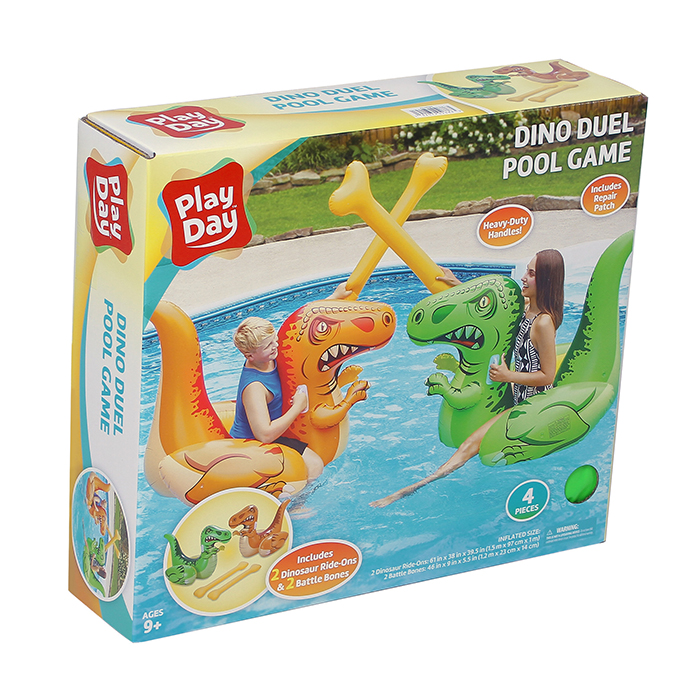 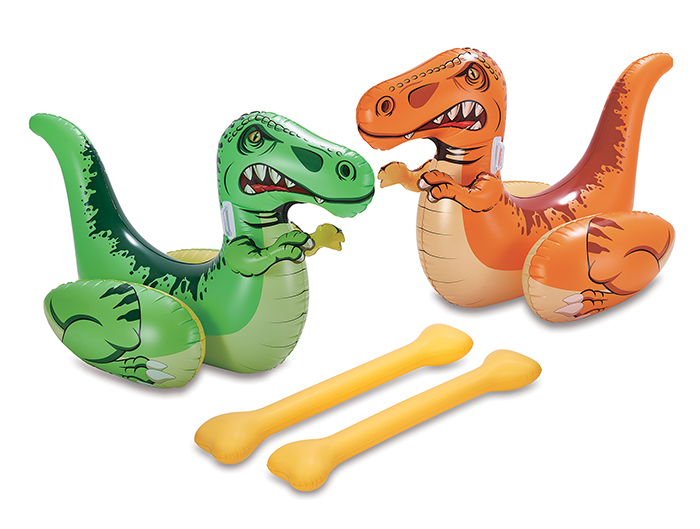