Optical illusion is a type of visual art that typically gives the viewer the impression of hidden images or movement of patterns. One of the earliest examples of optical illusion is the Rubin’s vase which was developed by Danish psychologist Edgar Rubin in 1915. At first glance, Rubin’s vase looks nothing but an image of a regular vase. But with a closer, deeper look, you’ll notice that the bounding contour of the vase depicts a figure shape. Hence, revealing the hidden images on the negative space. Canadian ceramicist Greg Payce brought Rubin’s vase to life by creating optical illusion vases, giving them a three-dimensional rendition. In 2008, he created a mind-boggling sculptural arrangement called Alumina. 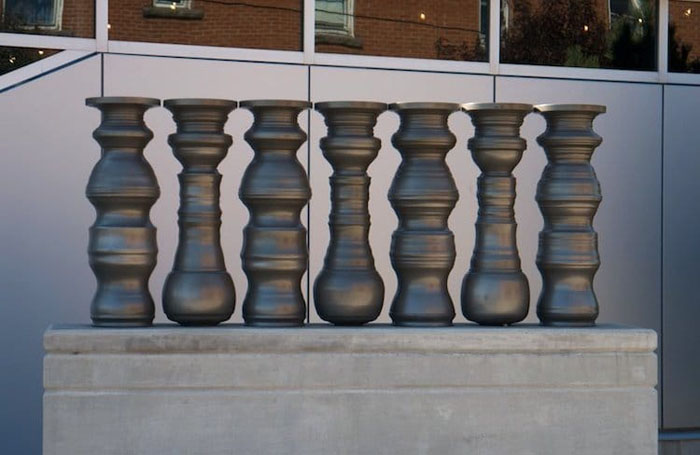 The Alumina project presented seven elegant vases standing in a line on a flat surface. However, the most surprising feature isn’t actually the ceramic vessels, but the negative spaces between the vases. As the viewers focus their attention on the bounding contours, only then that they could see the figures of six females.

Aside from Alumina, Payce has also created other optical illusion vases that could bring negative space to life. Feast your eyes on these exquisite ceramic vessels. Then slowly shift your focus on the negative space to reveal the hidden figures. This time, you’ll need to read between the lines. Wait, let us rephrase that. You’ll need to see between the spaces to perceive both the superficial and enigmatic beauty of Payce’s artworks. 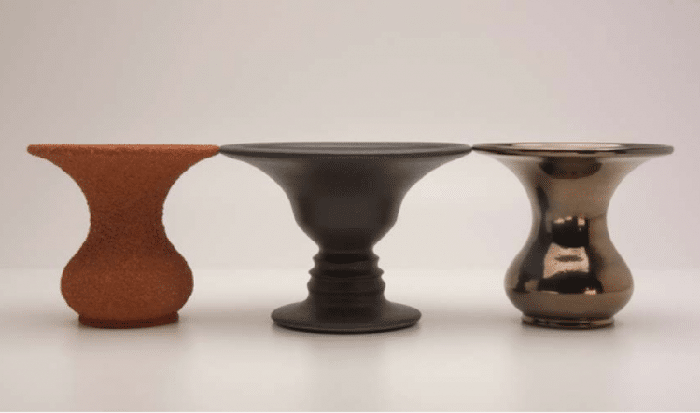 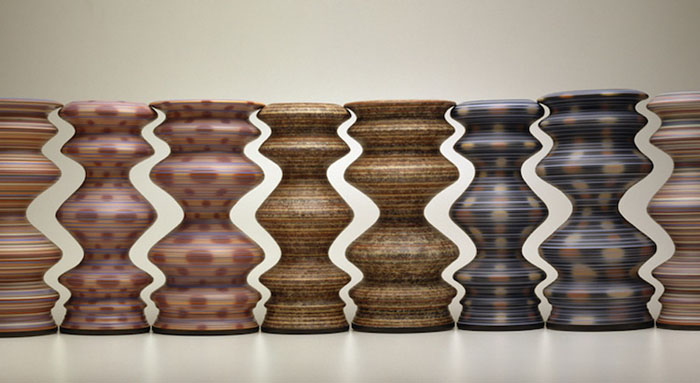 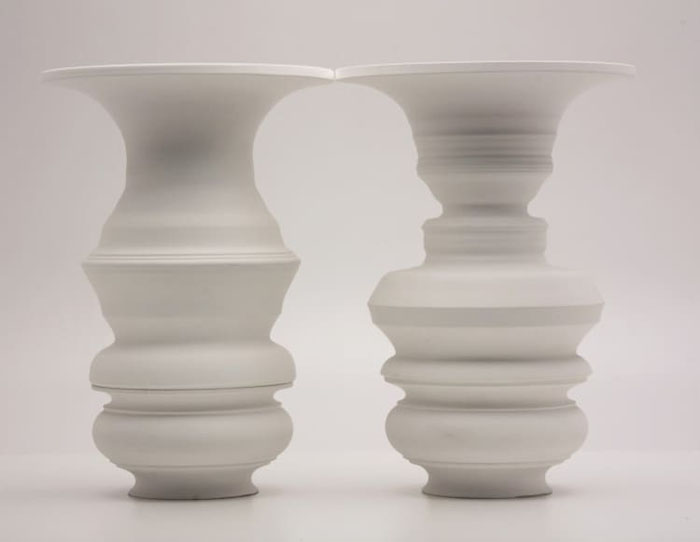 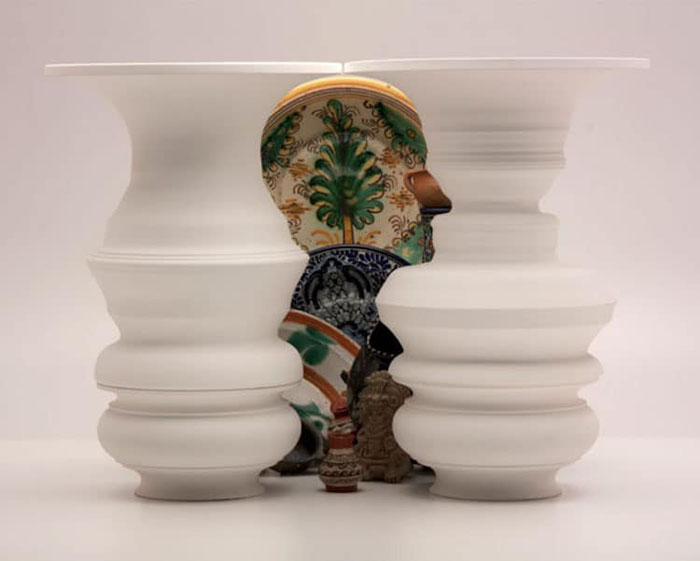 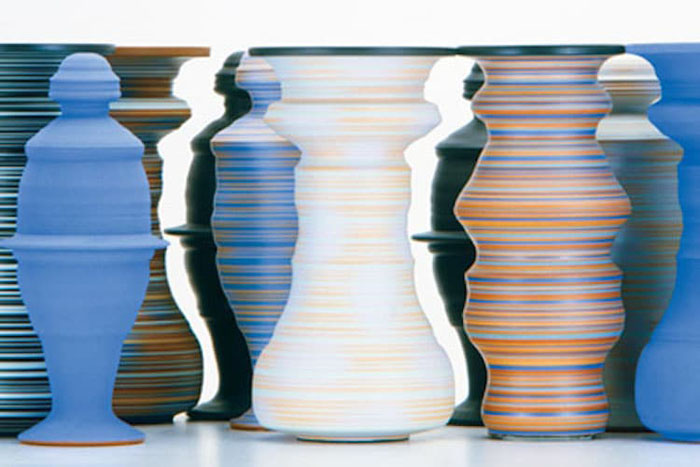 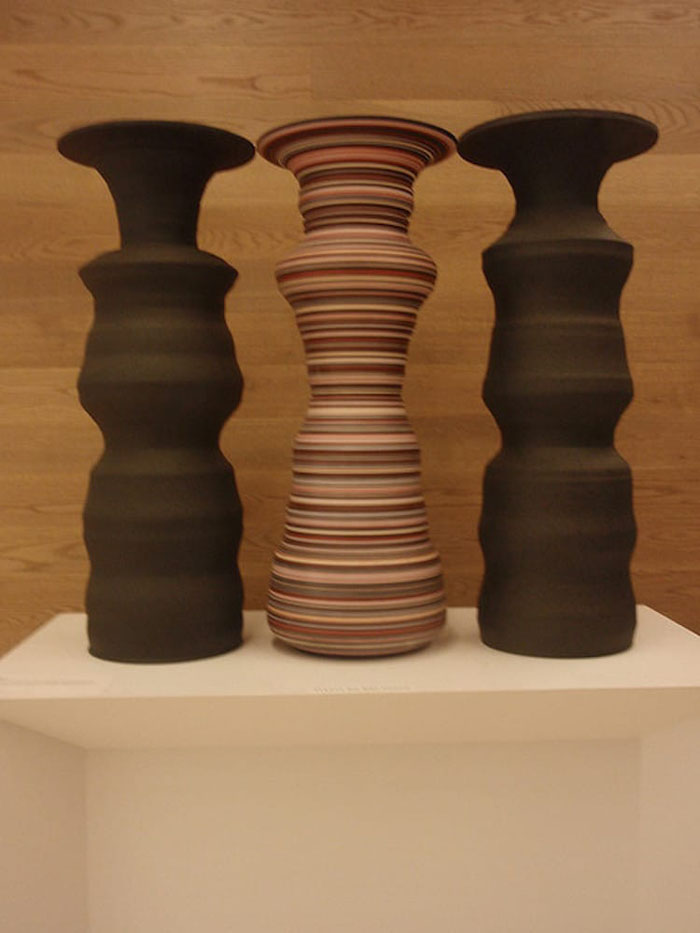 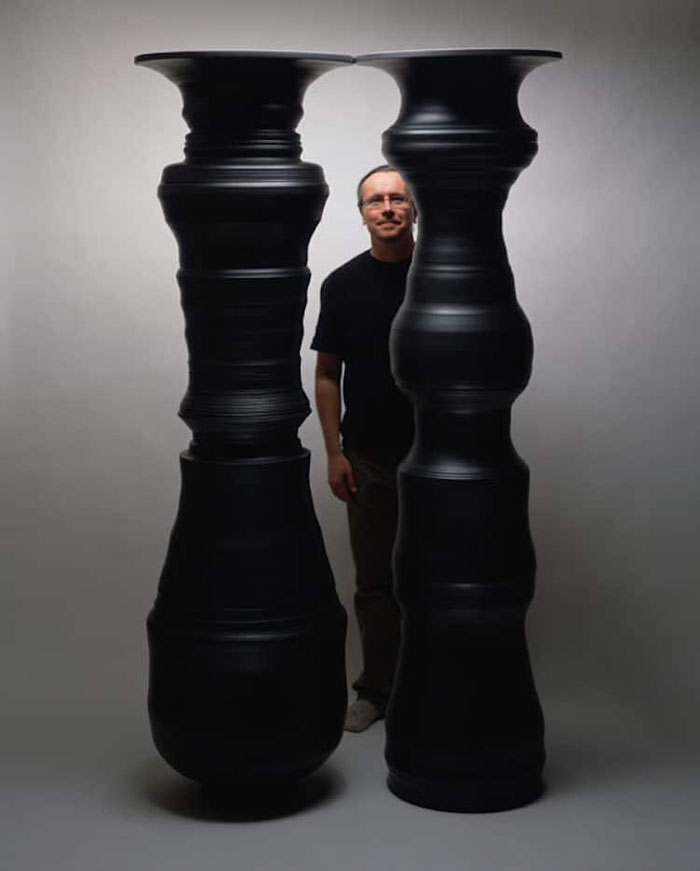