Venice-based graffiti artist Manuel Di Rita, popularly known as his moniker ‘Peeta’, turns urban buildings into stunning works of art. The art of graffiti and murals is gradually reshaping the concept of contemporary street art. Today, graffiti artists are seriously elevating the art in parallel with painting and sculpture. By using spray paint and other materials, graffiti artists are able to create images on buildings or on wall fencing. These images can be in the form of stylized monograms or vivid graphic drawings. Regardless of the form, graffiti drawings only have one main goal. And that is to communicate with the people through the conveyance of relevant messages by means of art. Peeta, in particular, creates 3D-looking abstract drawings on his mural compositions to create a unique kind of visual rhythm. 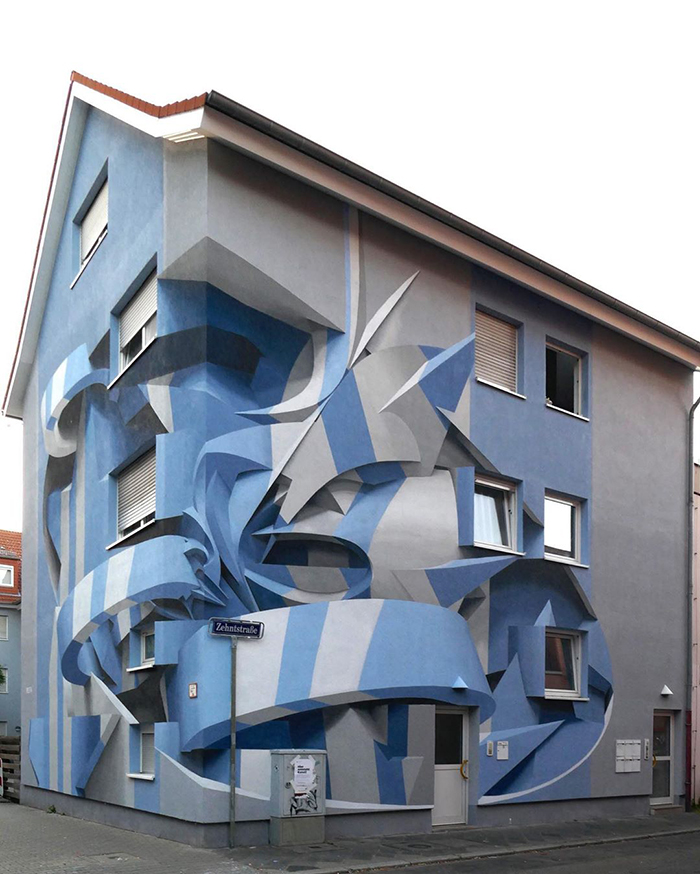 Optical illusions are commonly applied in street art. But Peeta adeptly incorporates optical illusion with anamorphosis to alter the human perception of spaces and reality. In order to achieve 3D-looking abstract drawings, he transforms traditional shapes into irregular yet smooth forms to create geometrical solids. Hence, his graffiti exhibits a distorted projection of a recognizable image which requires the viewer to occupy a specific vantage point. For Peeta, producing a temporary interruption of normality allows viewers to reveal the deceptiveness of human perception. 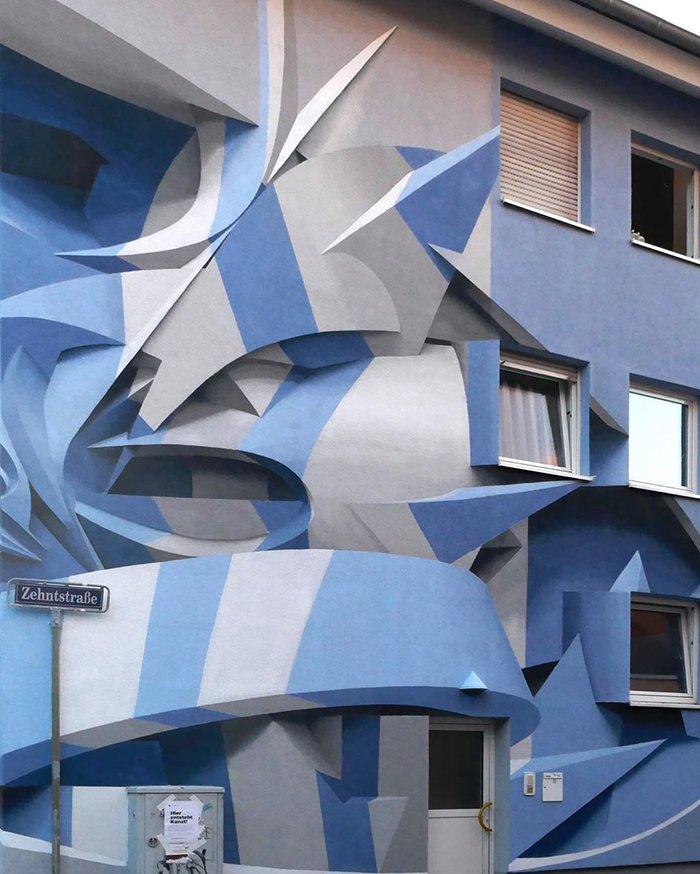 Peeta started his career as a graffiti artist in 1993. The aspiring artist created his first mural on his neighbor’s small wall fencing. That’s when he decided to pursue his passion in graffiti. He later became a member of the most-renowned teams of graffiti artists such as EAD Crew (Padova, Italy) and RWK Crew (New York City). He also has participated in various art shows and festivals in different parts of the world. This gave him the opportunity to showcase his impressive 3D-looking abstract murals.

Peeta previously used airbrush to paint on walls. But he decided to permanently substitute it with acrylic paint, brushes, and rolls. Depending on the scale of the façade, it usually takes him 15-20 days to complete a large scale mural project. Over the years, he has transformed several buildings into incredible three-dimensional art pieces. His latest creation is this abstract mural on a building in Mannheim, Germany featuring tones of blue, white and gray.

“I loved this building since the beginning and I tried my best to combine multidisciplinary skills to transform it while keeping its original taste,” the artist shares. “I’ve taken inspiration from different disciplines such as design and architecture, as far as from several artists both belonging to the graffiti world and not but, mostly, what inspires me when painting is the observation of the surrounding context.”

Here are some of his equally-stunning mural compositions featuring 3D-looking abstract drawings: 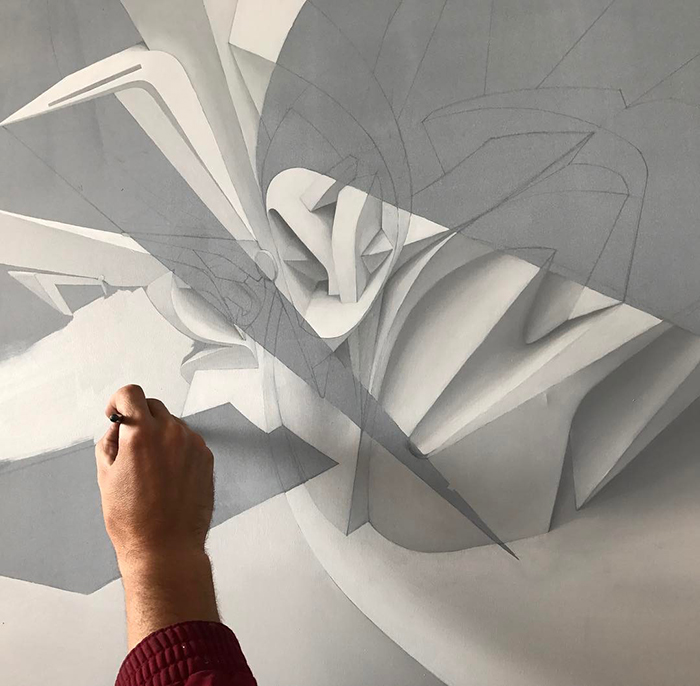 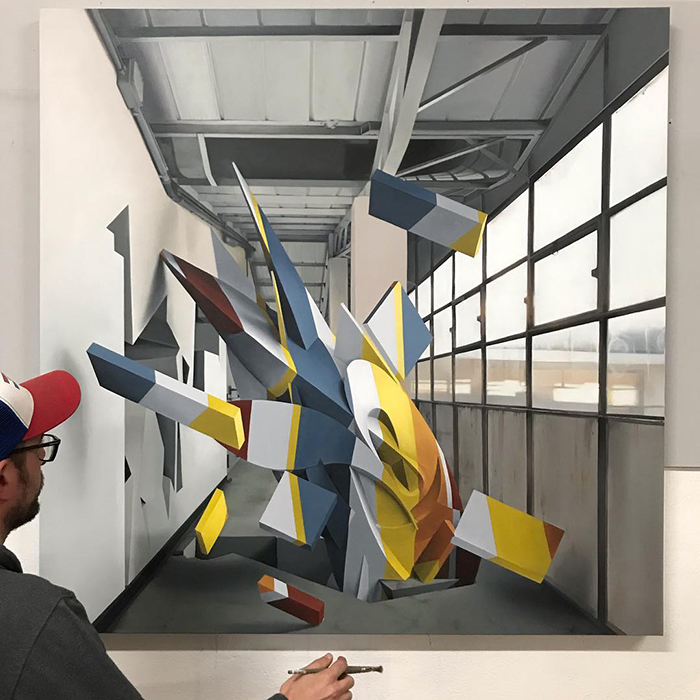