Fashion designing is quite a cool means of living. The process itself is a little long, though. And, along the way, designers often get lost. From doing sketches to creating the actual clothing, fashion designers can either bring out the best in themselves or the worst. So, here are 30 funny fashion fails that can either give you a tickle in the tummy or just make you laugh out loud.

So, back then, what fashion material did people crave for? The answer is simple: it’s loincloth. After the skirt, the loincloth is considered to be the earliest form of clothing. To date, some regions in the world would still wear loincloths, and as a result, they continue to inspire similar fashion trends. For instance, you’ll find that some underwear designs in Japan got their inspiration from loincloths. 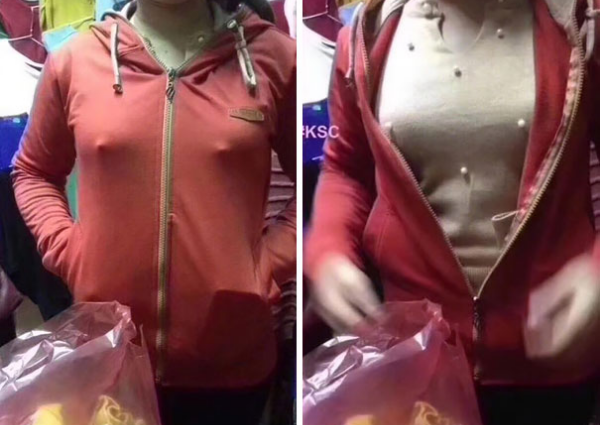 In the U.S., shopping malls have become the go-to places for the consumption of fashion. But, the first ever shopping mall actually found its place in America through an Austrian. It was the architect Victor Gruen who primarily built shopping centers in the nation. He intended to contrast them to the town centers of Europe—only they’re in the suburbs. In our time, though, these malls have transformed into “b*sterd developments,” according to the famous designer.

Meanwhile, historically speaking, it was the Romans who built the very first shopping center in all the world.

6. Her Dress During An Interview With The South African President

7. Only For Girls Powered By 11 Fingers

Before 1840, the song lyrics from Billy Idol, “it’s a nice day for a white wedding,” would have been senseless. Brides used to wear wedding dresses of any color until the wedding of Queen Victoria and Albert of Saxe-Coburg. Also, back then, black was the popular wedding color in Scandinavia, while people used white for mourning (as it still is the color for funerals in China today).

8. I Hope The Letter R Looks More Like The Eiffel Tower

Speaking of cardigans, they actually have a not-so-nice history. In our day and age, we would have imagined our sweet grandma wearing one, but not back then. It was the seventh Earl of Cardigan named James Thomas Brudenell that created this comfortable clothing. Serving as the British army’s lieutenant general in his time, he invented the cardigan as a military jacket.

In 1854, Brudenell, then 57 years old, went on to the Battle of Balaclava with his troops from the Charge of the Light Brigade. It was the Crimean War. After the battle, he survived with no harm. Actually, though, he never crossed the enemy lines. Brudenell kept

11. They Say It’s A Housewives Dress

Do you know about Haute couture? It’s like a fashion trend for the elite. From start to finish, creators construct the clothing by hand and by hand only. So, the Haute couture looks like it’s only for the highly-qualified designers, aside from the Chambre Syndicale de la Haute Couture members themselves.

Before 1850, however, having dresses made by hand were a necessity, even among the poor.

13. This Donut Costume’s Back

Cotton, linen, and polyester are among the most common materials we use to manufacture clothes. We purchase a lot of cotton from China, as it’s one of cotton’s most significant producers in the world. In fact, China brings to the fashion industry more than 90 million yards of cotton a year.

With just one bale of cotton, you can already make 200 pairs of jeans. It’s not that shocking, then, that we see jeans everywhere. Now, here’s a little trivia: it was the Indians who first spun the material and would export it to the Romans.

14. Something You Wouldn’t Want To Wear

Meanwhile, did you ever wonder about the spacesuits the people in NASA wear? Well, the agency puts men on the moon, but they don’t suit them up. It’s Playtext that created what Neil Armstrong and Buzz Aldrin wore on that historic trip. The company used rubber, nylon, beta cloth, and plastic connectors. Plus, the spacesuit also has an aluminum neck ring, wrist-locking rings, and zipper. Because of the contribution of Playtex, the 1960s emerged with several futuristic fashion trends.

16. Tights That Make You Appear Battered And Bruised

17. The Rather Awkward Placement Of Those Bunny Ears

In this modern era, you will see women trying to fit all sorts of clothing that make them look like they’ve got the perfect body. Back in the 18th century, people have made corsets really popular. But, aren’t Spanx much better than corsets?

Anyhow, the fashion situation was quite different during the 1600s. In fact, they consider pregnancy as quite a fashionable look. Some women, even if they weren’t pregnant, would make themselves look as if they are. Gladly, they would put on cushions just to make it appear they’ve got a baby bump. Finally, it was along that period, specifically the Baroque era (1600-1700) that designers first made a maternity clothing called the Adrienne dress.

18. According To The Shirts, Their Name Is Flawed

19. Children’s shirt in a candy shop

24. I Wonder If Any Real Introvert Can Relate

30. A Brown Logo On White Shoes