Home » Architecture & Design » Norwegian Town Rjukan Is Known For Having Limited Sunlight, So They Built These Mirrors That Mimic The Sun

Norwegian Town Rjukan Is Known For Having Limited Sunlight, So They Built These Mirrors That Mimic The Sun

It’s best for our health and well-being to have a healthy dose of sunlight. In fact, light from the sun lightens up the mood. But, not all places around the world enjoy sunshine every day. To solve the lack of direct sunlight in their town, the government has invested in sun mirrors in Rjukan Norway.

Throughout the year, residents in the said town—and in other places of a similar condition—suffer from a need for vitamin D. Moreover, living in the dark for too long can also be depressing for them.

To get away from the daily melancholic experience, some locals would instead migrate to other countries which are always warm. Still, many people remain and continue to live in the darkness for months. These people choose to survive, and they would be patient enough to wait for a brighter tomorrow—so to speak.

Just 3 hours northwest of Oslo, Rjukan in Norway is recognized as among the darkest cities in the planet. 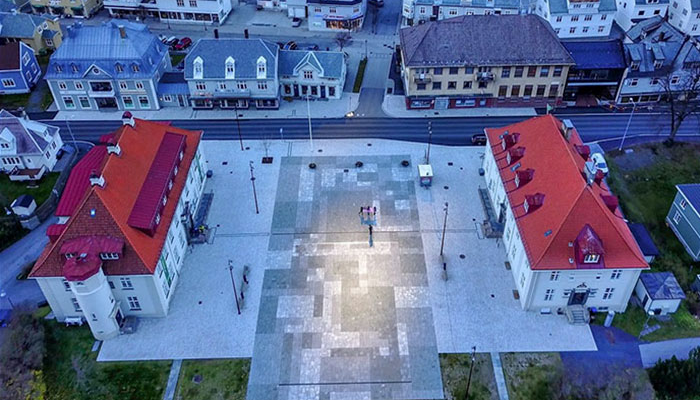 Rjukan houses about 3,386 residents. Its name was inspired by the presence of the Rjukan Falls. It’s a waterfall that helps generate electricity to support the town, and it’s 104 meters high.

Because of the surrounding mountains, Rjukan receives no direct sunlight during September through March. 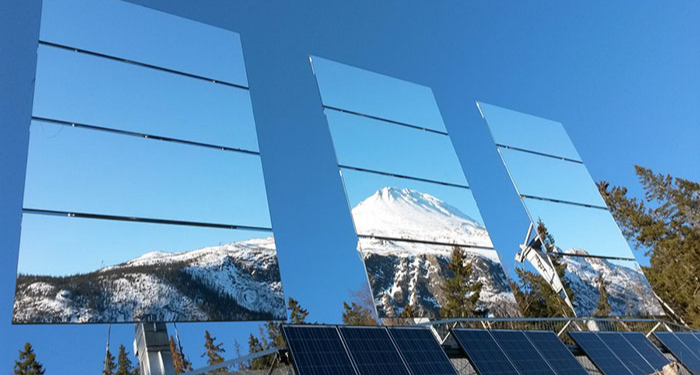 Nonetheless, the town is almost always bright during the rest of the year, except for December and January. The rest of Norway—most of it—experiences a similar condition because of the midnight sun.

What sets Rjukan apart is the mountains surrounding it. They do not allow for direct sunlight to pass; hence, the seemingly monochromatic and flat feel around the town.

To give the residents a sunlit experience, the town has invested 5 million Norwegian Kroner for sun mirrors in Rjukan Norway. 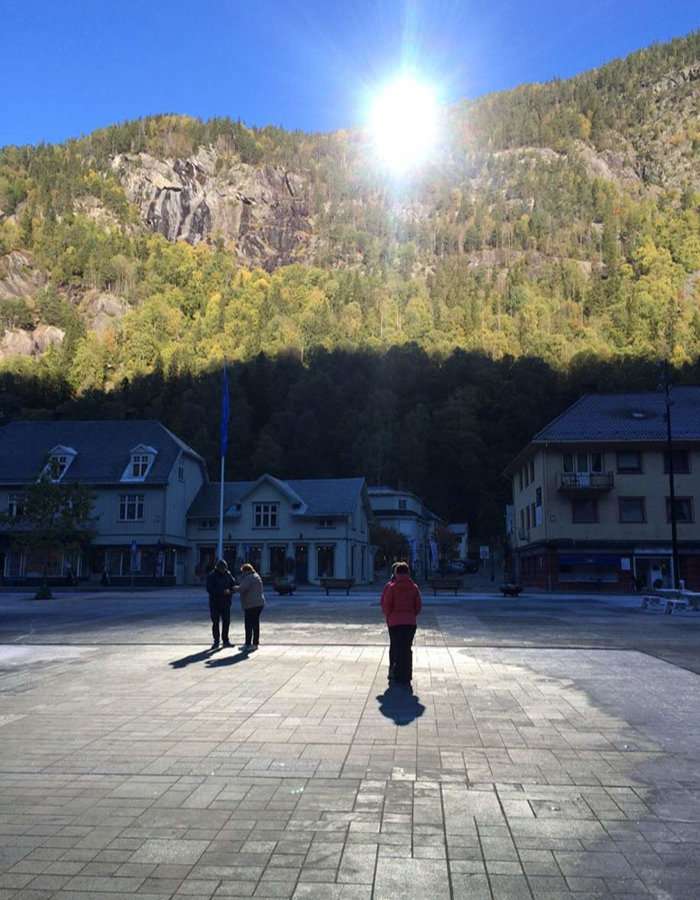 Positioned 450 meters above the town, the sun mirrors in Rjukan Norway track the sun’s movement across the place. 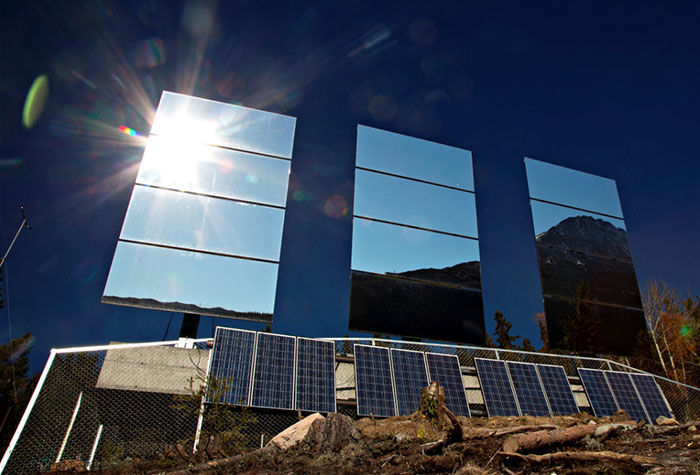 Now, the mirrored sunlight shines down on Rjukan. 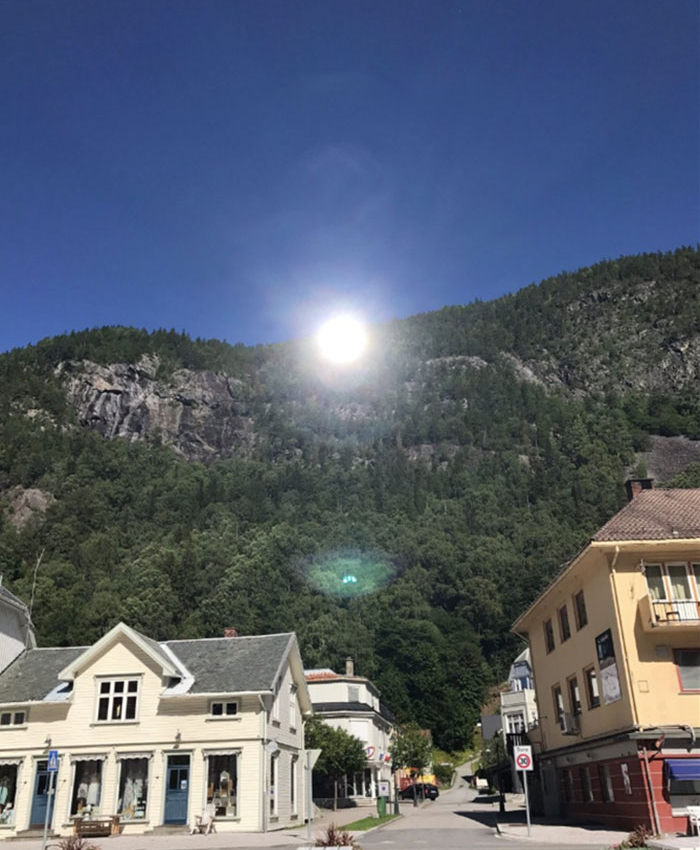 Interestingly, one interview revealed how the residents of Rjukan have adapted to a life without sunlight.

“You end up not thinking about it, really. But this … This is so warming. Not just physically, but mentally. It’s mentally warming.” 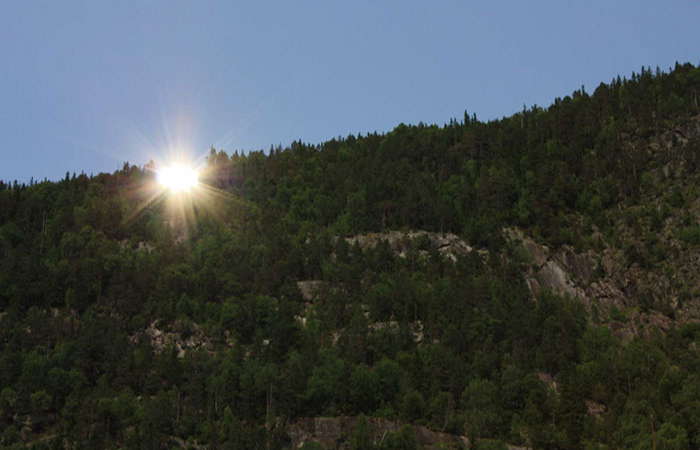 Some people criticize the whole project and say it’s all a gimmick. They argue that it’s a waste of millions for just a little sunny experience. 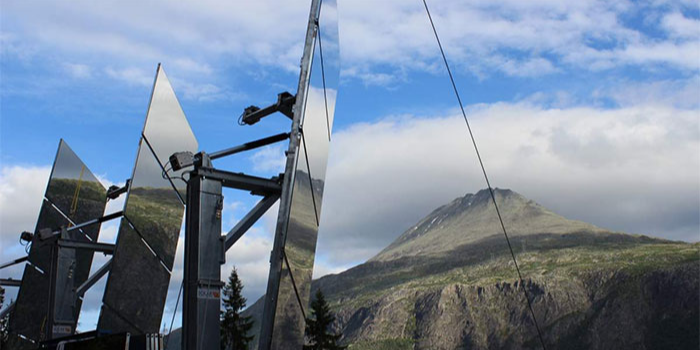 Later, though, many of the critics took a step back. They’ve realized how the sun mirror in Rjukan Norway helped raise the town’s tourism, aside from the obvious benefit to the locals’ physical and psychological health. 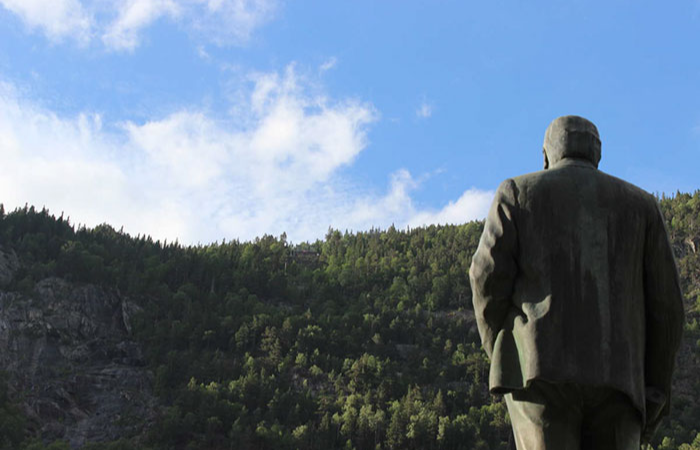 It was the town’s founder, Mr. Sam Eyde, that brought up the idea of the sunlight mirror way back in 1913. Eyde knew how vital sunlight exposure is. So, he went on and tried creating a sun mirror. Apparently, it was not yet time, and he did not succeed.

The Norwegian tourism site reveals that:

“The idea was taken up again in 2005 by Martin Andersen, an artist, and resident of the town. In 2013, the mirror was officially installed – 100 years after the idea.”