It’s the little things that make a big difference. We’ve heard this motto a thousand times and we get what it really means. But artisan Chris Toledo will give it a whole new meaning with his impressive miniature handiwork. Sure, we’ve seen a lot of miniature artworks before. But you only need to see Toledo’s creations for yourself to find out why he’s unlike any other artisan.

This craftsman from Los Angeles, California is known for his extraordinary miniatures that feature home interiors. Inspired by the vintage interior design of the early 20th century, Toledo aims to preserve the classical architectural styles by reproducing them. From the structural details to the furnishing, his mini replica of historic homes is so spot on. In fact, if not for those pencils on the floor or a real head of garlic on the kitchen floor, you would never know that these are miniature pieces. 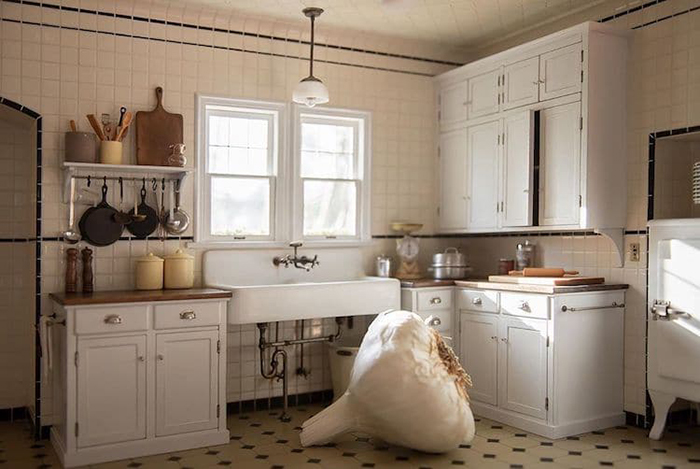 Chris creates his ornate interiors in 1:12 scale. This means that 12 inches in normal scale is replicated down to one inch. His miniatures are so realistic that he has to use items such as pens, a toothbrush, garlic and even his hand to show how tiny his creations are. 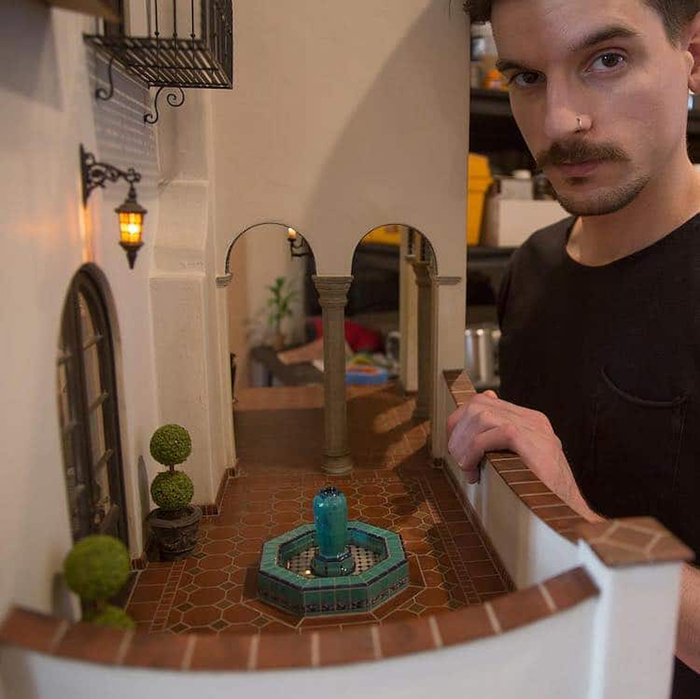 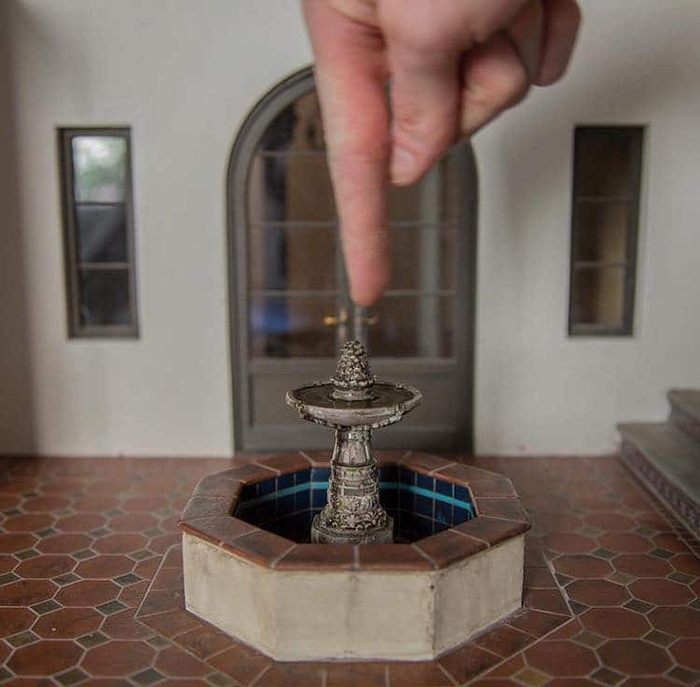 The skillful miniaturist has been fascinated by dollhouses since he was a kid. Furthermore, his dad worked in construction while his mom loved to paint. Apparently, his parents have the greatest influence on him as he grew up developing an interest in art and architecture. He would go with his dad and watch him restore historic homes as a kid. The sophisticated interior details and stories behind historic homes immediately struck his fancy. Once he reached high school, he pursued architecture as a career. After graduating, Toledo found another architectural piece that he instantly fell in love with.

“When I first discovered miniatures,” Toledo recalls, “it was an instant love because for the first time I had discovered an art form which encompassed every medium I have ever loved and worked with. Miniatures give me a chance to preserve a moment from the past and allow me to hold it in my hands and see it with my own eyes.” 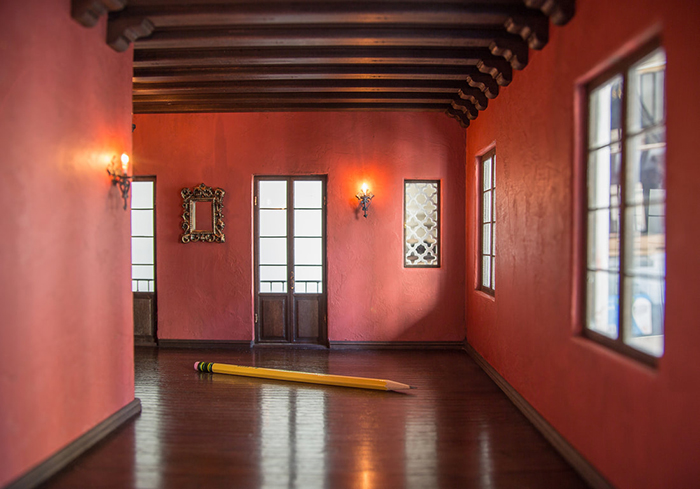 Chris builds his miniature pieces like you would with a full-size structure. He starts by making simple sketches illustrating different floor plans. Then he starts constructing. The only huge difference is that the actual size was translated down at a 1:12 scale. In order to build his miniature pieces, he uses tools and materials that are also scaled-down from their normal sizes. 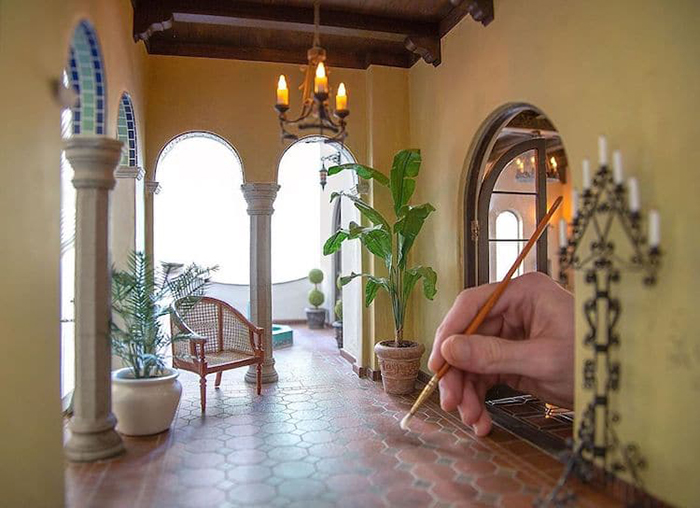 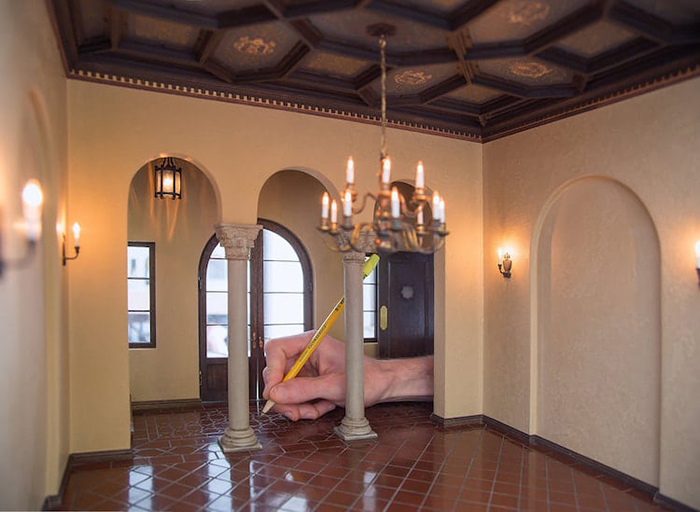 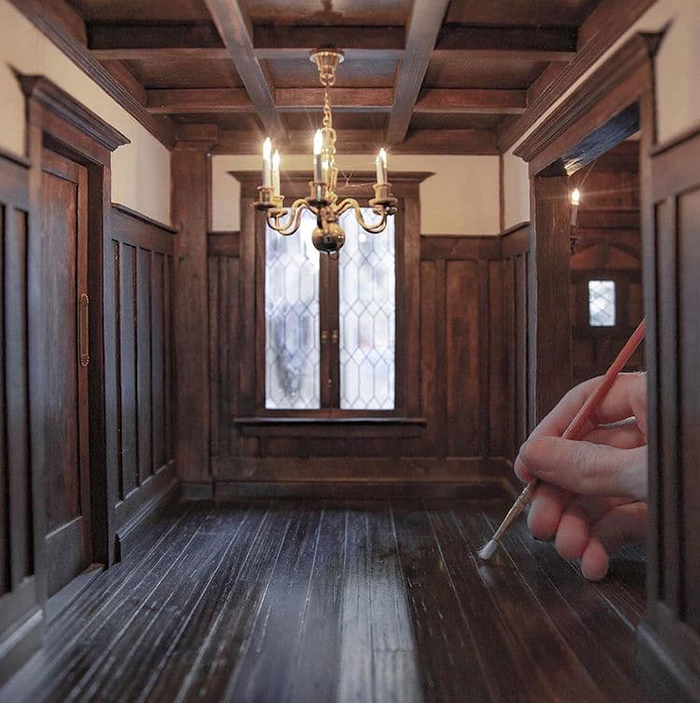 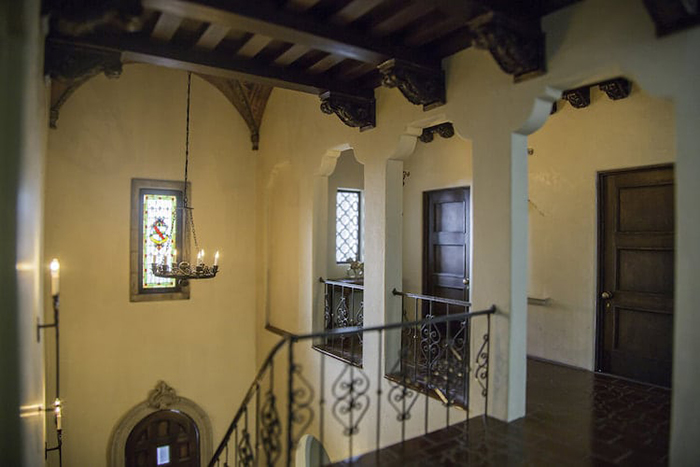 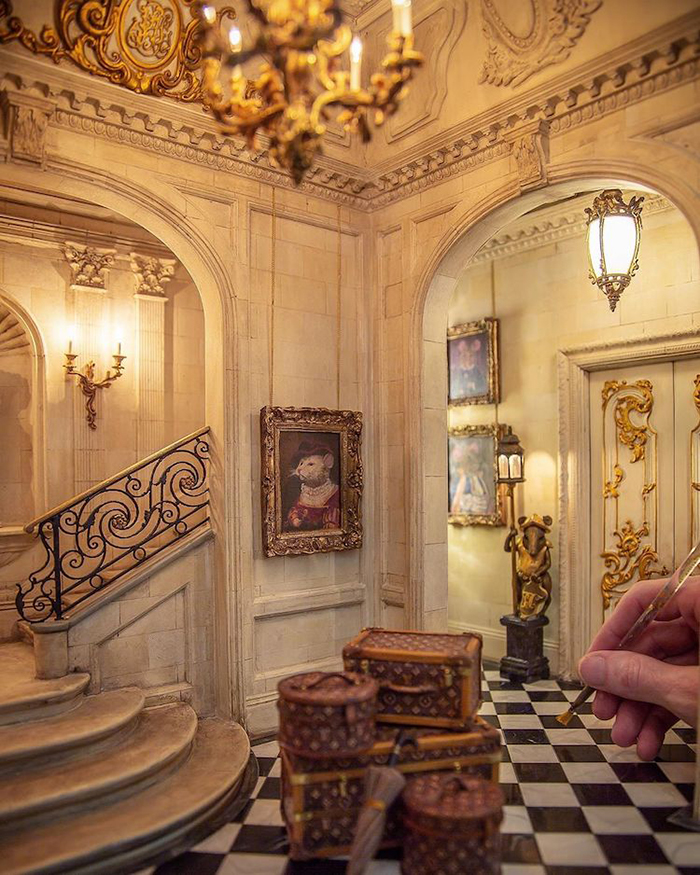 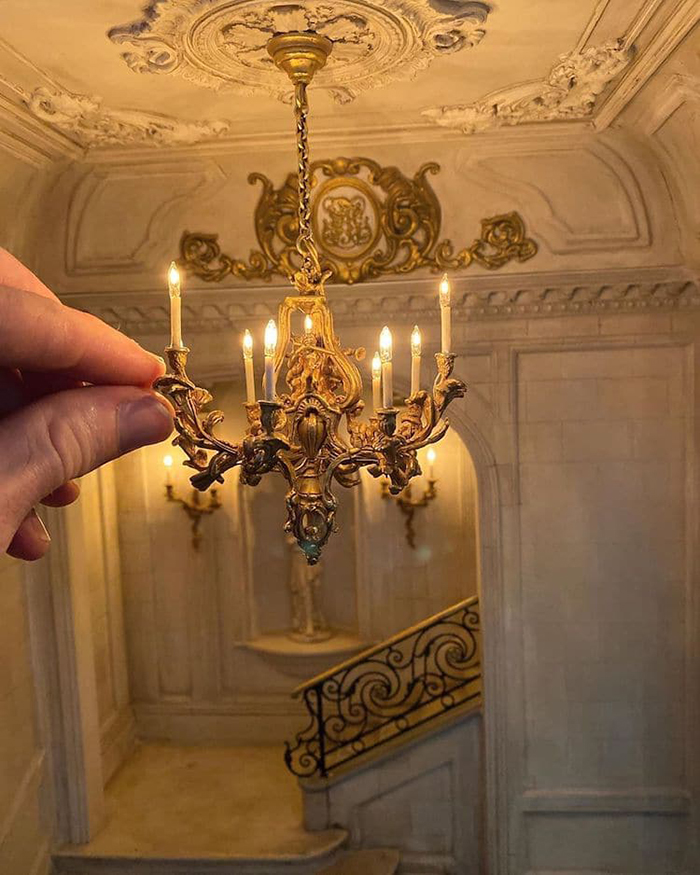 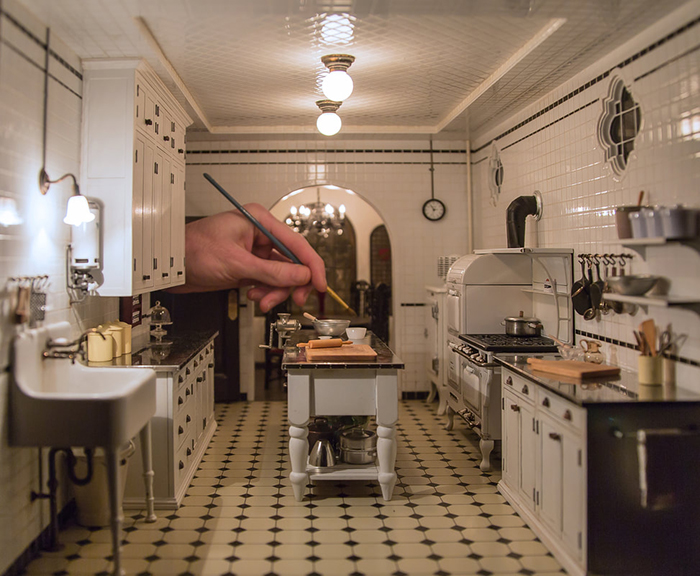 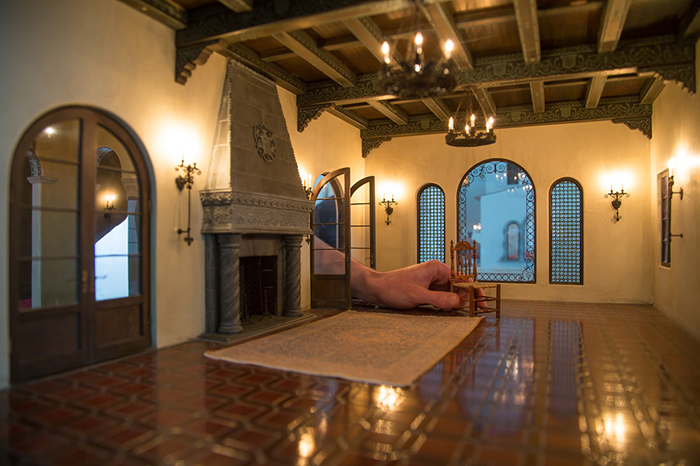 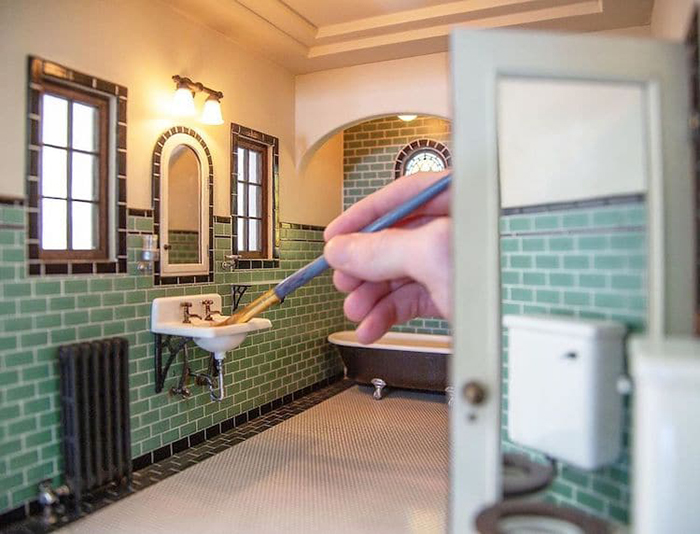 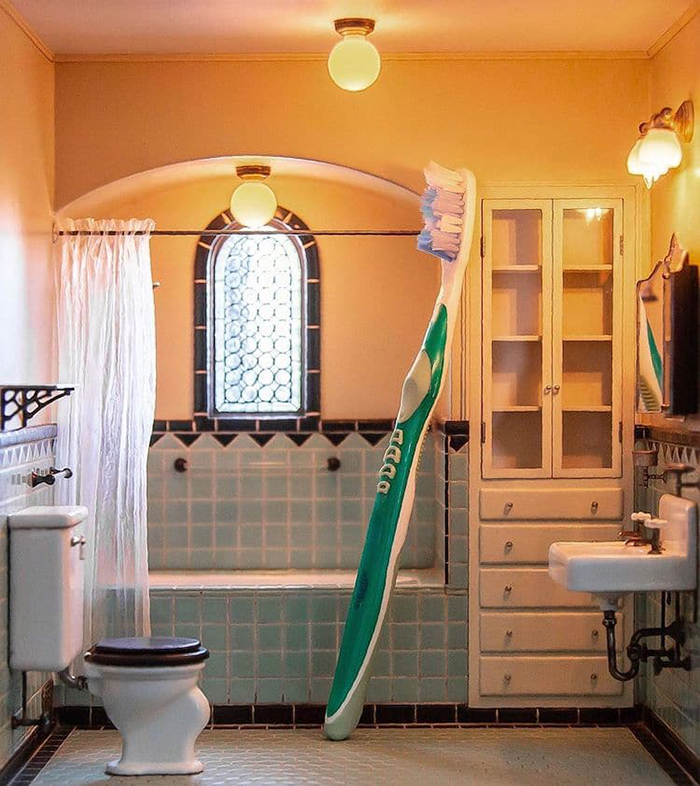 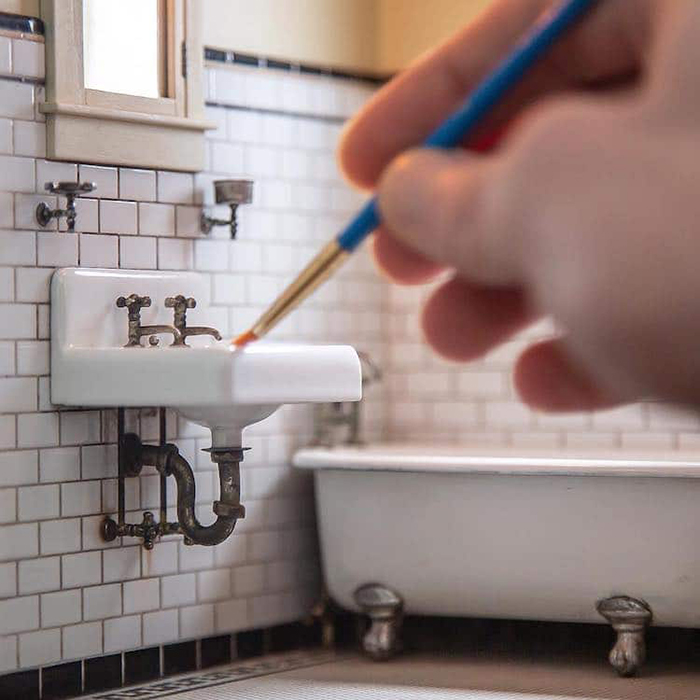 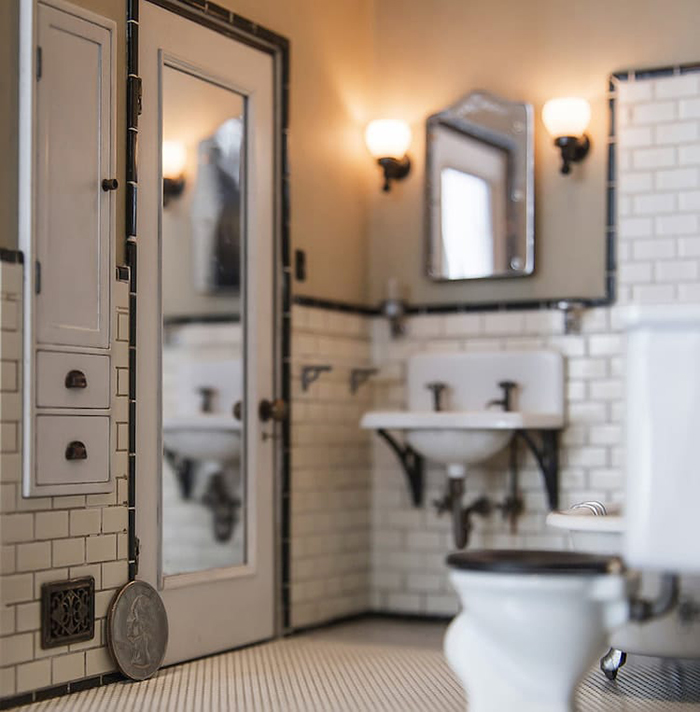 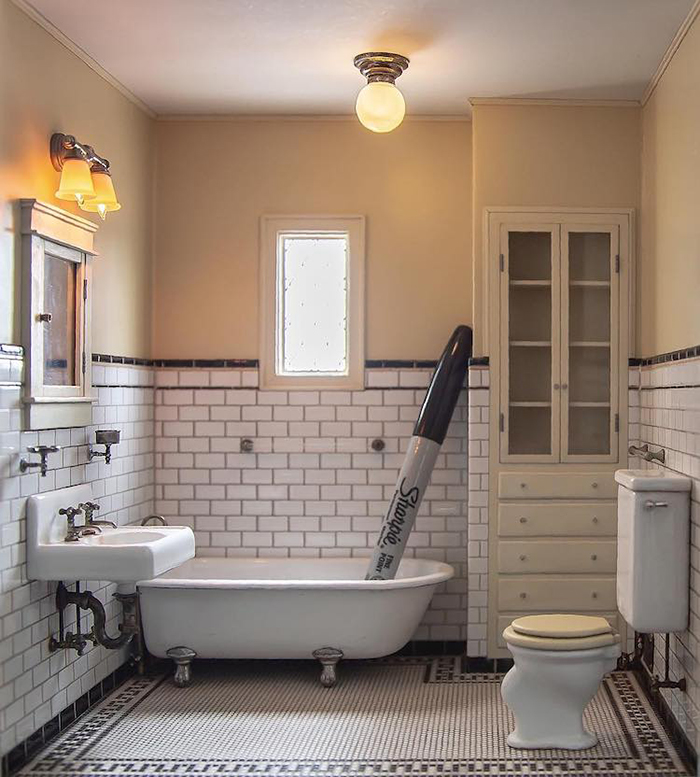 If you want to have one of his miniature masterpieces, you can check out his website to see some of his works that are up for sale. Chris also accepts commissions. So if you want to submit a request, visit this site to read the pricing and terms. 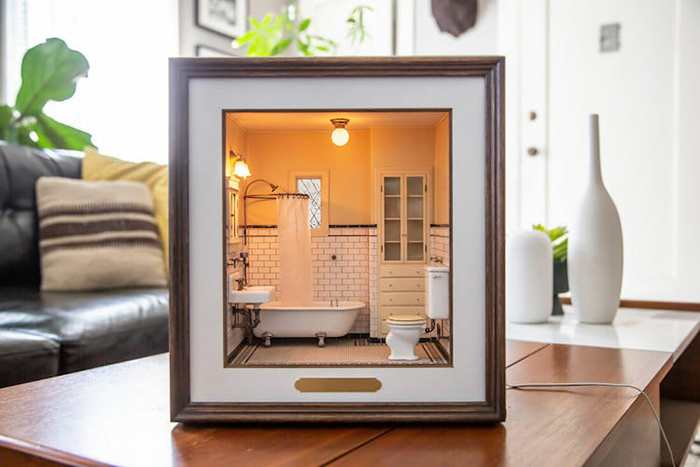