Wedding proposals are such an important milestone in a couple’s life. And with the love month fast approaching, expect to see tons of engagement photos on your feeds in the coming days ahead. Indeed, men are becoming more and more creative in terms of popping the big question. But one man tops it all as he proposes to his girlfriend with a ring shoved on a chicken tender. Forget about candlelit dinners at fancy restaurants. We’ll definitely give this a “Yes!” in a heartbeat.

Well, after all, who could ever resist a hearty chicken tender meal? Fueled by his girlfriend’s love for chicken, the unnamed man went for a foolproof way to ask for her hand. He did it by sneaking the ring into a to-go order of his girlfriend’s favorite meal from Raising Cane’s. So, aside from chicken tenders, toast, fries, sauce, and extra sauce, the bride-to-be got herself a nice engagement ring too! P.S., Emphasis on the extra sauce too. There’s no doubt that this guy really knows how to please his lady. 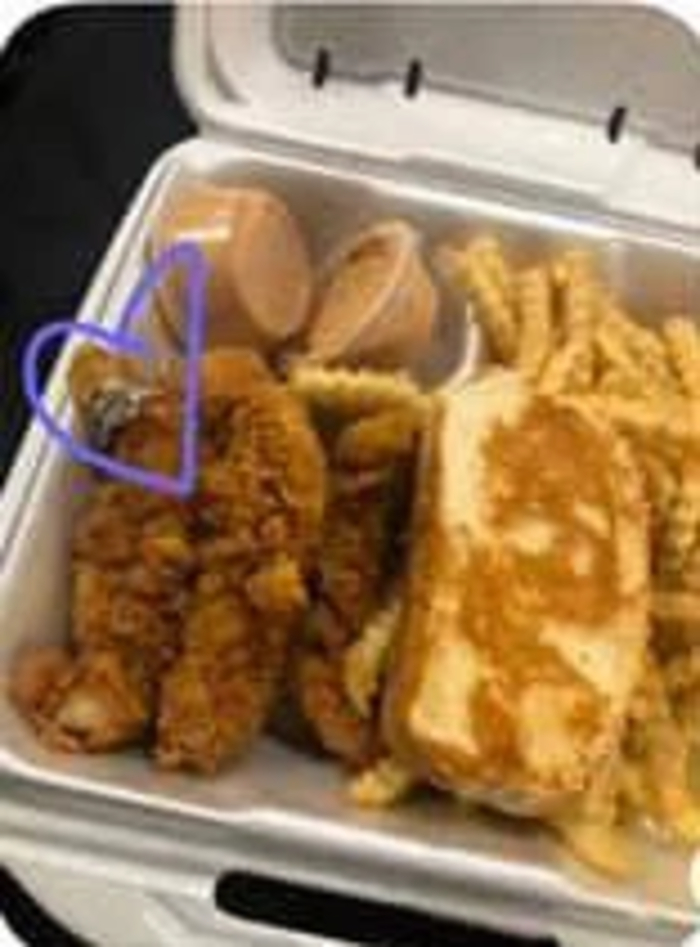 Their story even made its way to the Facebook group “That’s It, I’m Proposal Shaming.” Apparently, the group is basically what its name suggests. Nonetheless, the chicken tender engagement story seemed to have captured the hearts of many. 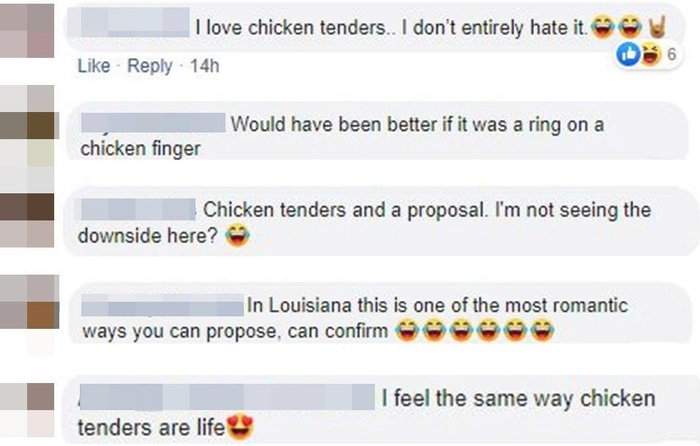 What do you think of this unique proposal story? How would you react if your partner proposes to you using the same way? Let us know in the comments section below!