Having a pet is fun. Their unique personalities and quirks never fail to entertain and amaze us. And while dogs, cats, and birds typically become internet celebrities, Emma Ward’s pet chameleon, Olive, has found fame for herself. This all happened thanks to the photos that her owner shared online. In the photos, Olive the chameleon holds miniature weapons while maintaining a deadpan expression. The eye-catching combination surprisingly catapulted Olive to online fame and we can’t get enough of her!

The 21-year-old art student is proud to proclaim her fondness towards reptiles. In her Tumblr profile, she describes herself as a lover of lizards, snakes, & frogs. Olive was just two years old when Emma took her home from a reptile exhibit in Detroit. The chameleon immediately became one of Emma’s favorite photo subjects, even more so after she discovered Olive’s peculiar, automatic response when offered something to hold. 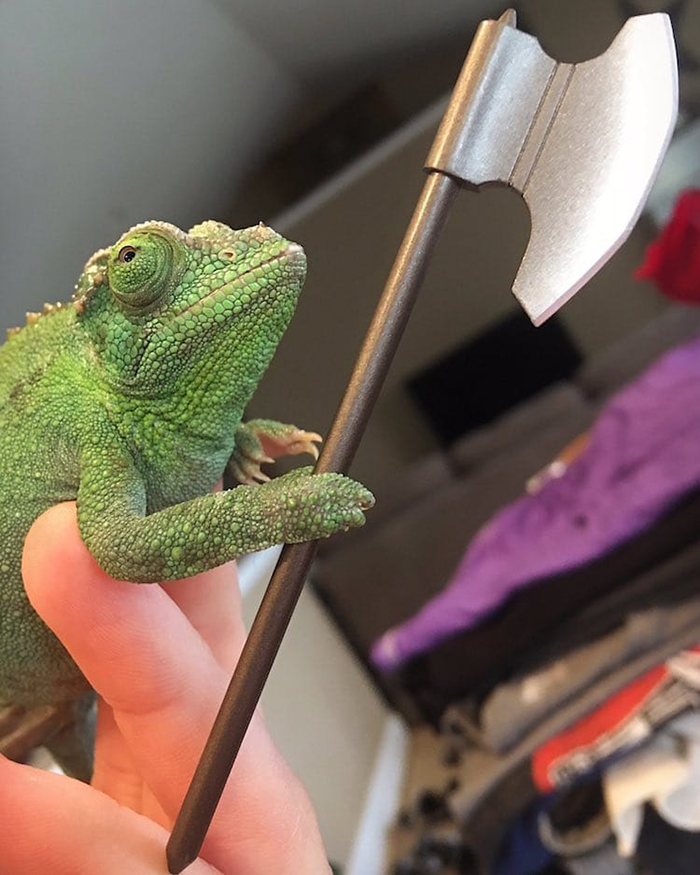 Olive the chameleon will hold on to anything handed to her

Aside from creating amazing art, Emma also spends her time playing video games and collecting action figures. And we all know that action figures always come with a matching miniature weapon of sorts. So maybe Emma felt a bit curious and playful when she offered a miniature toy for her beloved pet. After all, chameleons have an exceptionally good grip since they have to hold on to branches in the wild. The amused herpetologist quickly shared her discovery to the world through her Twitter account.

“Knowing she likes to grasp anything that goes into her hands, I thought LEGO swords and Evangelion weapons would be an interesting idea,” Ward explained. 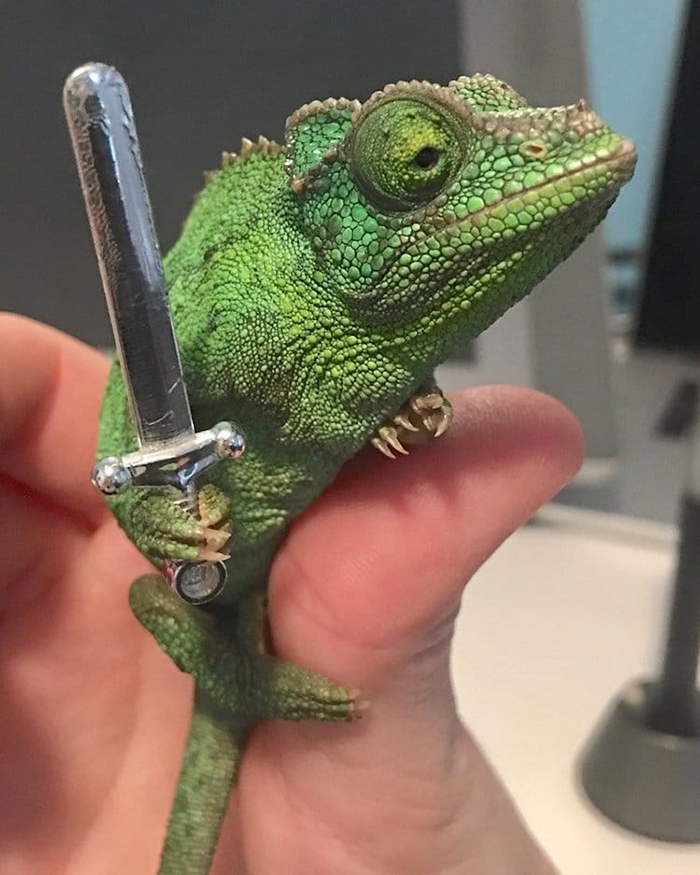 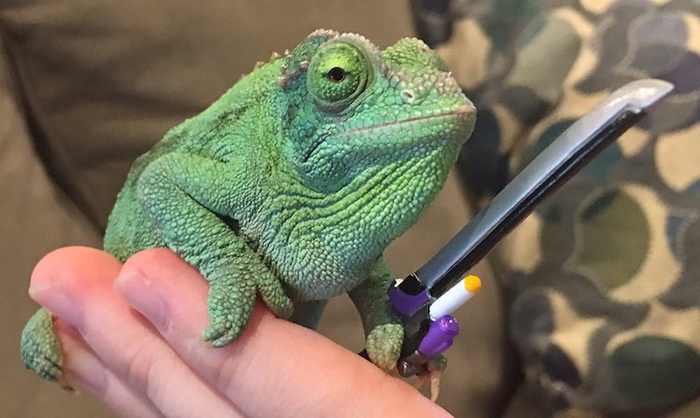 She also started dressing up her pet gecko with fabulous accessories

Shortly after Olive’s explosive rise to online fame, Emma decided to introduce her lovely pet gecko, Stimpy, to the world too. Stimpy’s accessories appear to be all made by Emma using clay, which is a stark contrast to Olivia’s weapons. The gecko is photographed wearing a multitude of colorful headgear, like a fruit hat, a pair of cool headphones, and even Cubone’s skull mask. 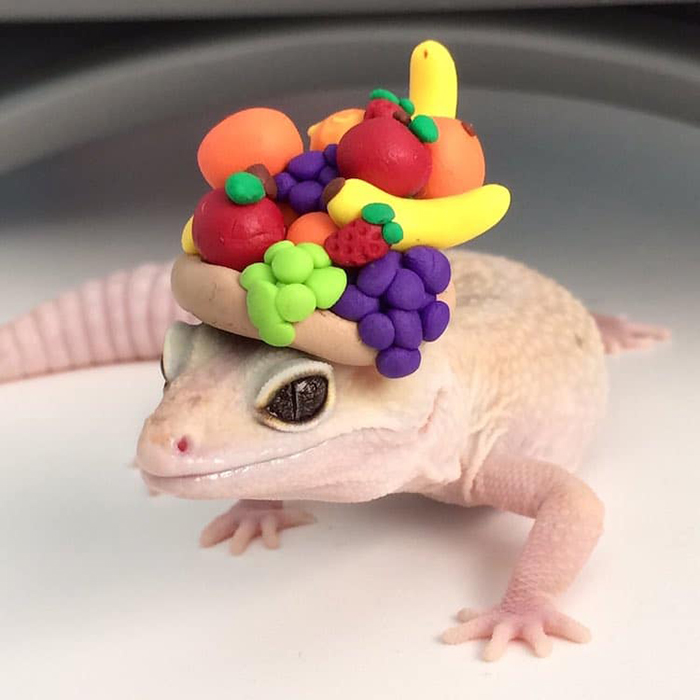 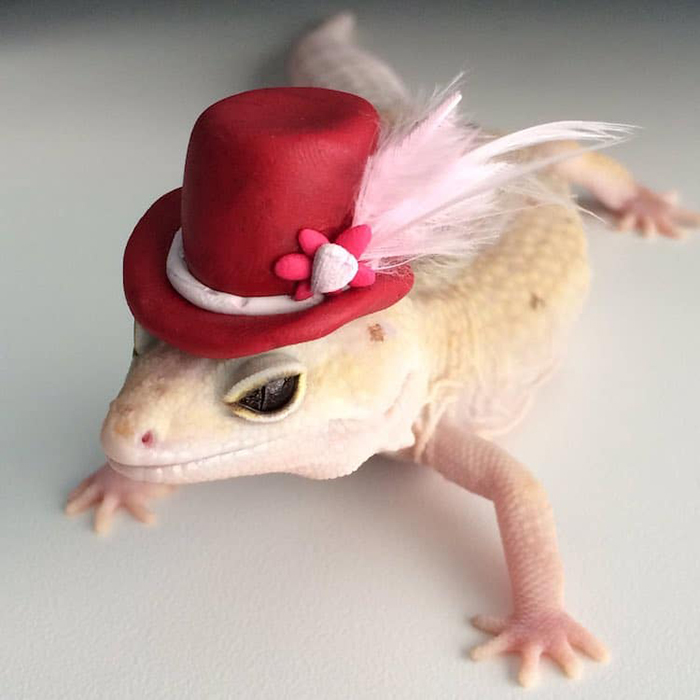 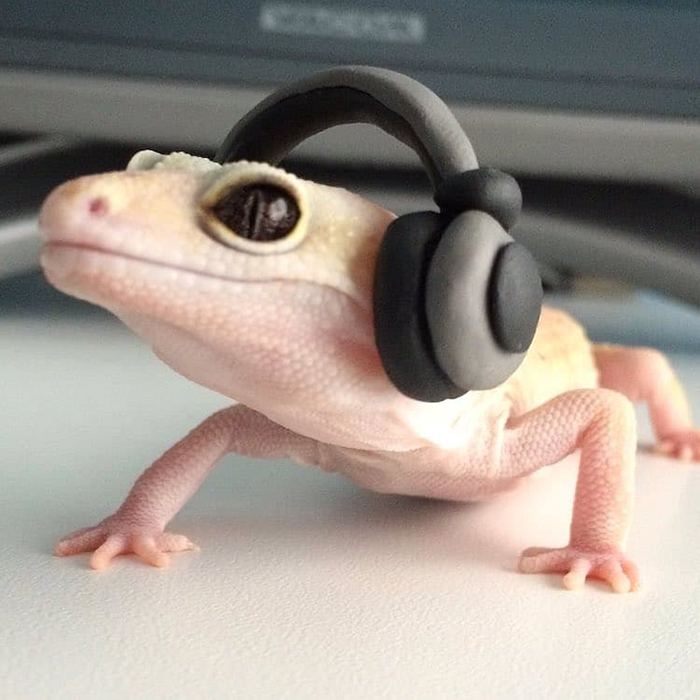 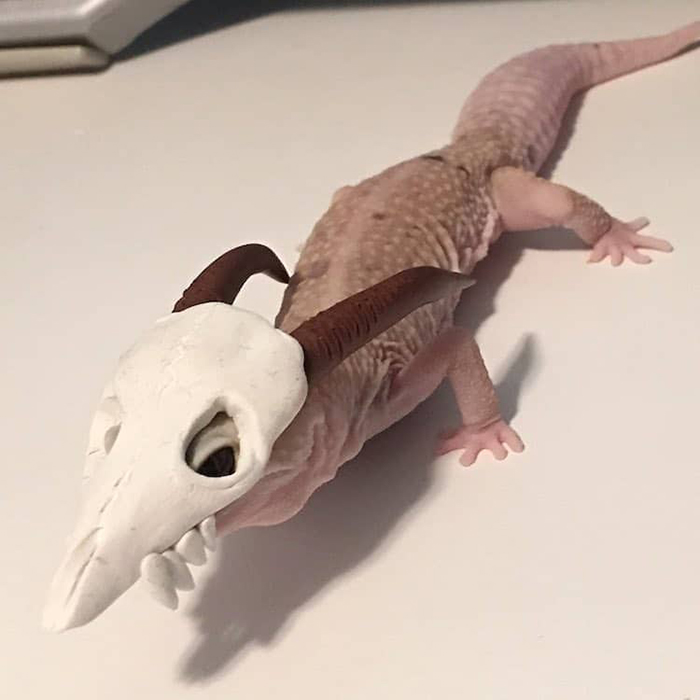 Chameleons are fun cause they'll grab anything you give them. pic.twitter.com/aTJ2Abjrs4