A reptile store in Pennsylvania shared photos of a newborn baby chameleon curled tightly in an egg-shaped ball. For those who have seen hatchling reptiles, they might find it rather unusual to see one that looks like this. As it turned out, the newborn reptile had trouble breaking out of its shell. So, they have to delicately help him out of the egg. Not realizing he was already out of the egg, the seconds-old hatchling stayed curled thinking he was still in his shell. With his tail tucked over his shoulder, the photos gave us a rare insight into the life of a developing reptile.

Canvas Chameleons in Reading, Pennsylvania is a family-owned reptile store and breeder that focuses on healthy development of chameleons and other reptiles as pets. Nick Henn, the owner of the pet shop, has been breeding and raising chameleons since he established the breeding business in 2013. His favorite species, the panther chameleon, is typically found in Madagascar in tropical forest biome. Enamored with the mesmerizing colors and patterns that look like stunning brush of strokes on a canvas, the business derived its name after this particular species. 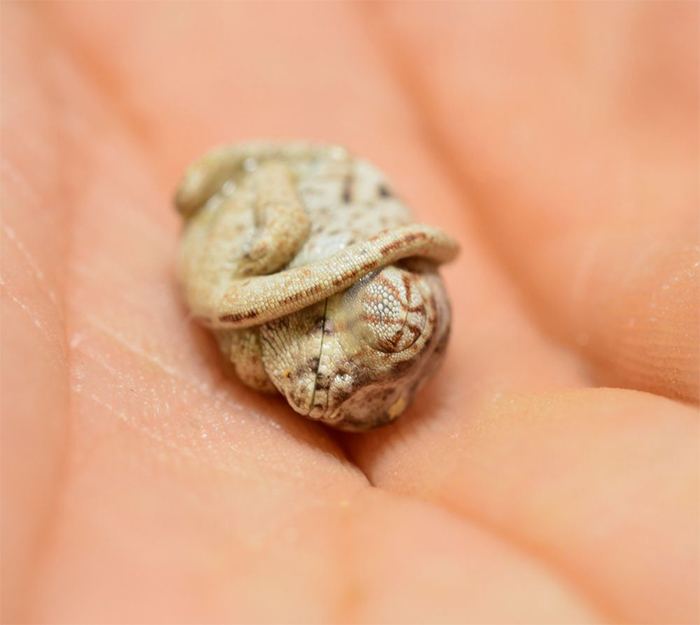 According to Henn, panther chameleon eggs usually grow in their shells for 7 – 8 months. When it’s time to hatch, the hatchling uses its egg tooth on its upper jaw to peck the shell pieces out. Once the end of the egg near its head is pipped, the baby chameleon starts wiggling its head to emerge from the egg. Unfortunately, this particular hatchling pipped the side of his egg, making it more difficult for him to come out. And if a hatchling couldn’t break free from its egg once it’s pipped, it dies. 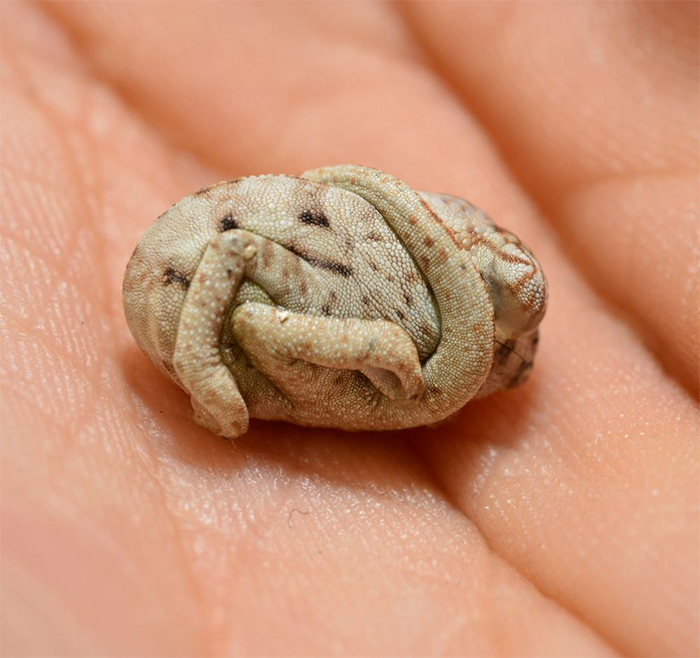 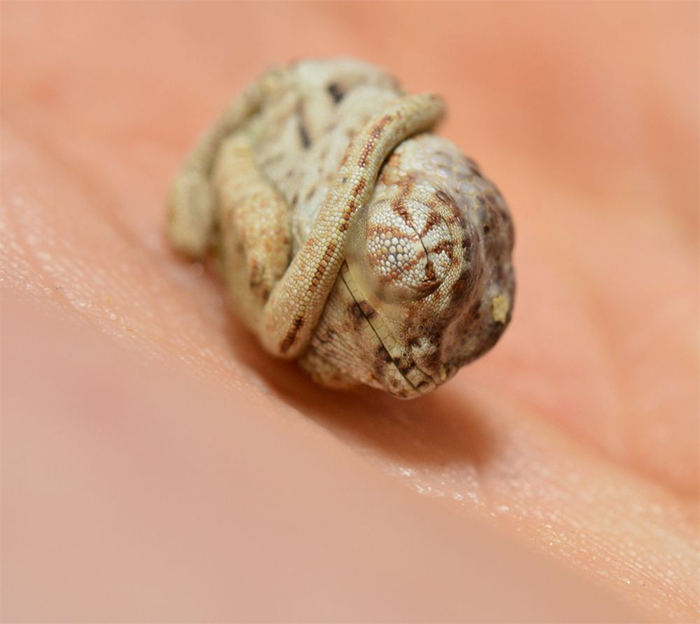 Since the baby chameleon couldn’t break through on his own, Henn decided to help out him out by delicately cutting away the shell using cuticle clippers. After the shell has been completely removed, Henn was amazed to see the newborn panther chameleon still curled up in position as he was inside the egg. It was indeed a rare moment Henn doesn’t normally see every day. So, he captured photos of the newborn reptile and shared it online for other people to see. The baby chameleon is now safe and well after his unusual coming into the outside world. 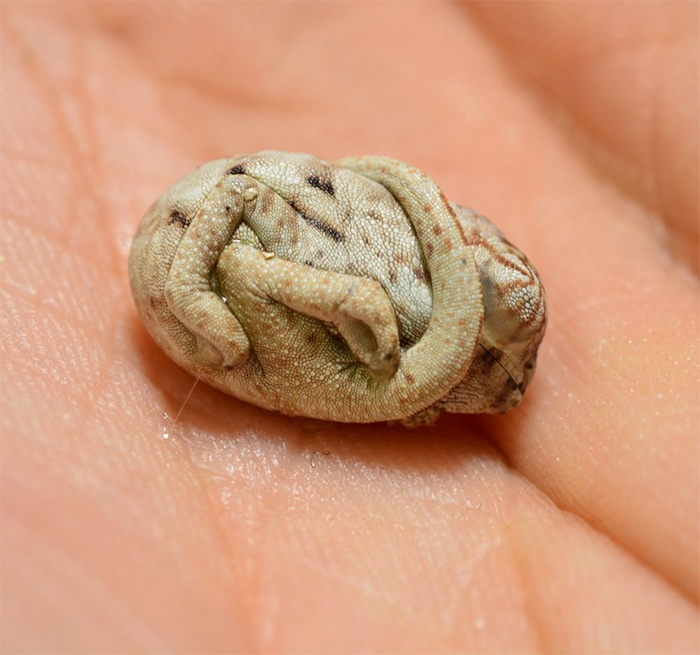