In traditional wedding ceremonies, the exchange of wedding rings is the moment where the vows made by the couple are symbolized in a physical form. Traditionally, the wedding rings are carried down the aisle by a child, usually a relative of the couple. But couple Dee and Nick decided to break the norm and chose their feline pet for the task, and he was indeed the cutest cat ring bearer we’ve ever seen.

The newlywed shared a photo of their cat Moose dressed up in an elegant suit with his custom collar and bow tie. The cat wasn’t just dressed up to attend the wedding ceremony of his mom and dad. He was rather a significant part of the ceremony as he is to serve as the ring bearer. The fancy ‘cat suit’ did suit him well. But his dignified presence and kingly aura clearly signify that he’s taking the role seriously.

Moose Is All Dressed Up For The Wedding Ceremony

So, did Moose walk down the aisle while carrying the wedding rings during the ceremony? It would be hysterically amazing if that happened. But no. The dapper cat ring bearer was in a rose-clad stroller with a human escort who pushed him down the aisle during the ceremony. The human escort himself shared a photo of Moose in his regal pose while he’s inside the blue stroller. And that imposing look on his face when he made his entrance definitely stole the show. 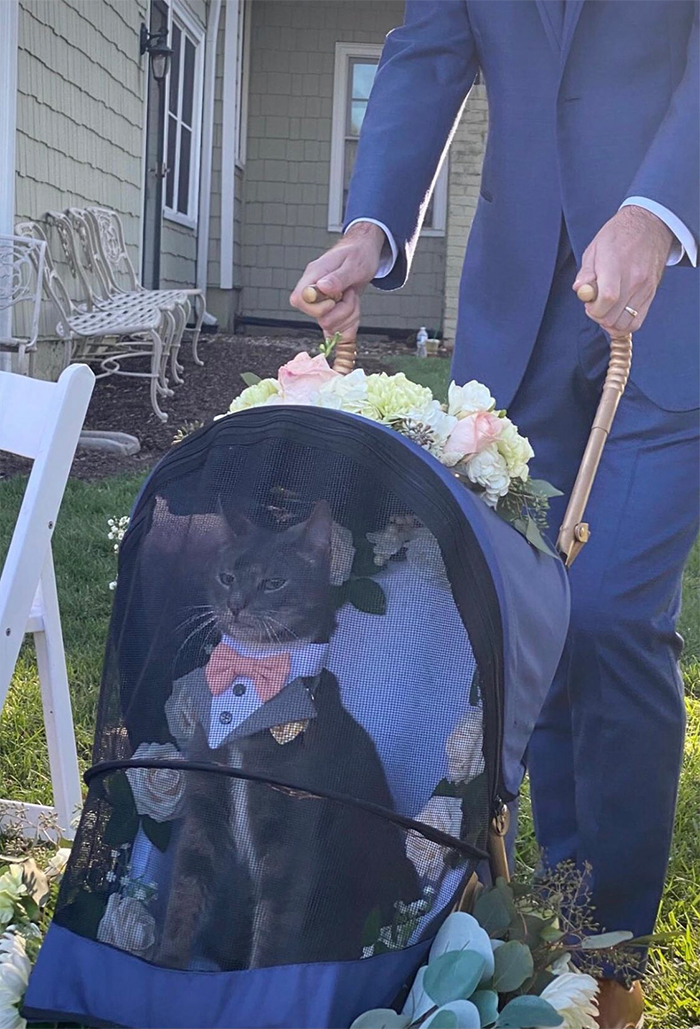 The photo quickly went viral and memes featuring the lordly cat ring bearer began to sprout from the internet. One Twitter user even cropped a zoomed-in face of Moose along with a caption that reads ‘Ah. The commoners.’ And we can plainly imagine the proud cat saying that as he made his ‘royal parade’. 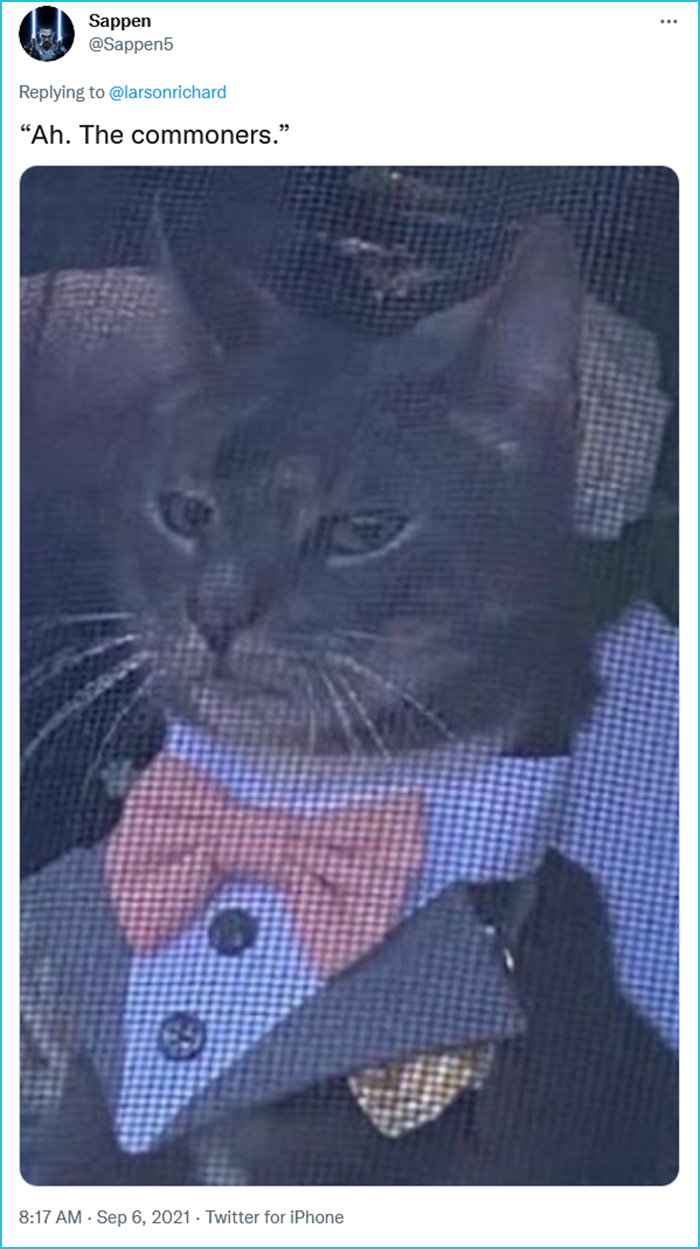 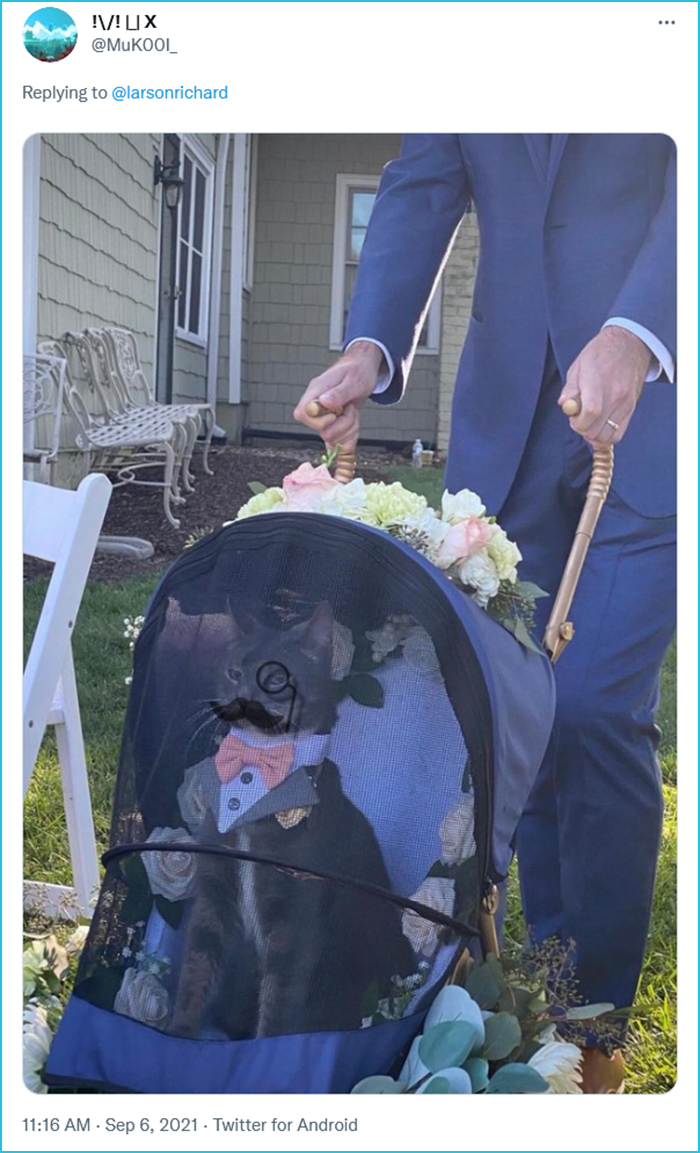 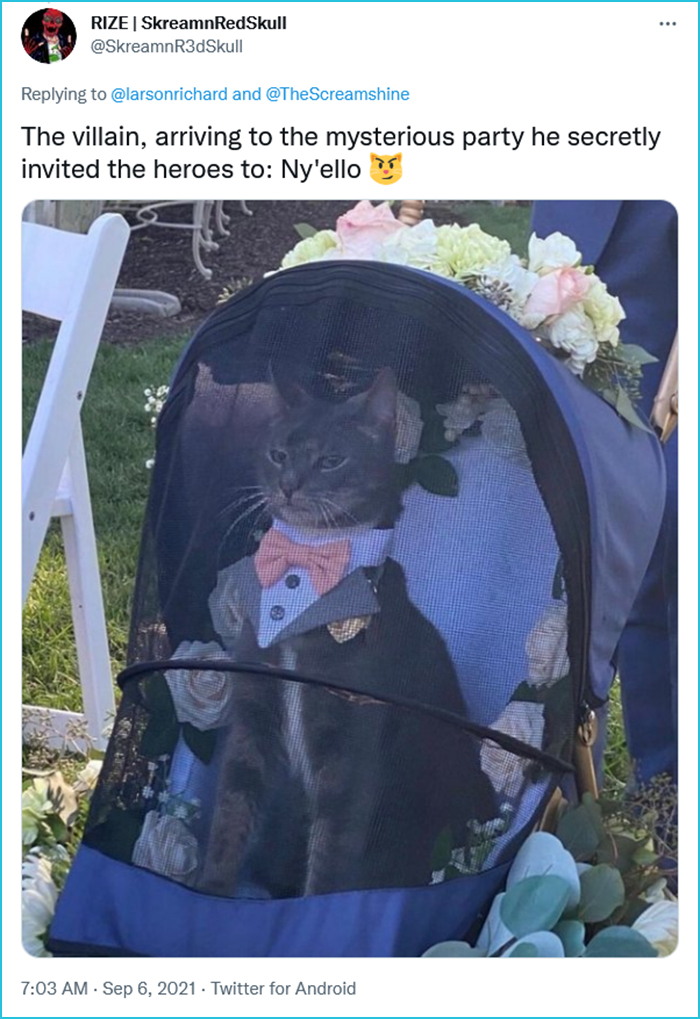