The decadent holiday season has passed. And the new year’s definitely off to a sweet start, thanks to the announcement of the Breyers Cinnabon Ice Cream! Now, before you scream with horror because you’ve just started working out in an effort to shed those extra pounds you gained in the final weeks of 2019, hear us out. This delightful frozen dairy treat will reportedly be hitting the frozen section sometime around February. So that more or less gives you ample time to get ready for this sweet, sweet treat.

We consider this product a dream come true for two reasons. Firstly, it promises scrumptious dough bits and cinnamon swirl. Secondly, the cinnamon bits and swirls come together in their signature vanilla ice cream. Snack sleuths spotted this exciting combo on the Meijer website early December last year. This discovery definitely got people buzzing. Because finding a product exclusively listed at Meijer means that it’ll be released at other stores in the near future. 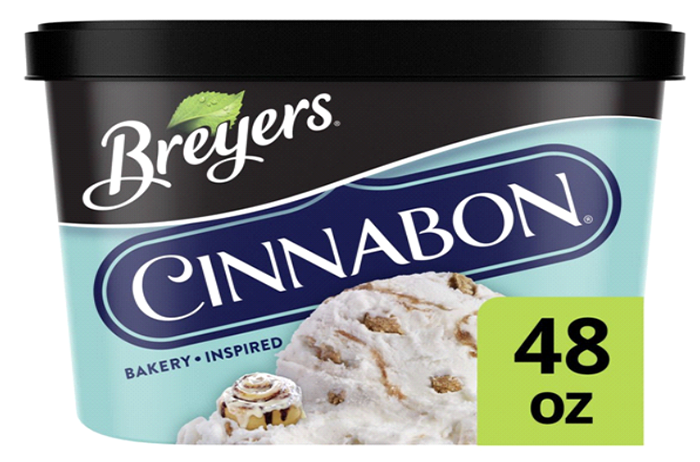 “Vanilla, meet cinnamon and dough. We teamed up with Cinnabon, one of our favorite treats, to create our bakery-inspired dessert – Breyers Cinnamon Cinnabon Frozen Dairy Dessert. Bring home the magic of Cinnabon and Breyers for swirls of gooey cinnamon and delicious dough bites in a sweet vanilla base.”

Breyers is definitely not holding back with this totally loaded dessert offering. It’s got the makings of a perfect companion when you just want some quality alone time with your favorite series. House parties, office parties and movie marathons will never be the same once this ice cream becomes available in stores everywhere!

Shower your friends, family & co-workers around the U.S. with a sweet treat you know they’ll love! This holiday season our Cinnabon Cinnamon Rolls gift collection is now available on @HarryandDavid! Visit link in bio to order. 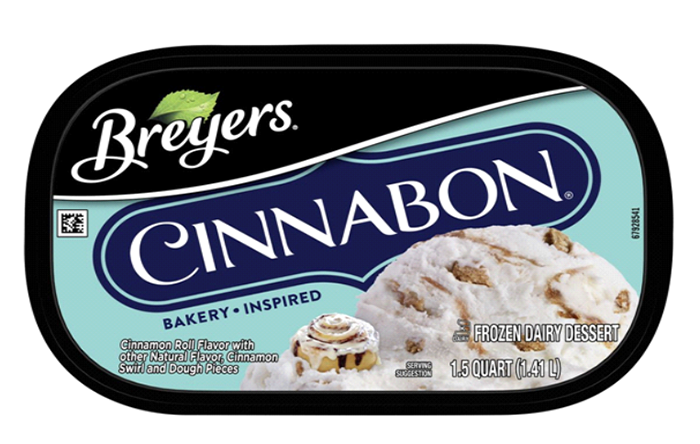 Get all natural, full flavors from Breyers

Just as the brand has done for over 150 years, Breyers only uses the best ethically sourced ingredients to make their product. They source their milk and cream from ethically raised American cows. And their vanilla beans come from sustainable farms in Madagascar. With Breyers, you can expect only the best stuff mixed in their products.  We’re definitely looking forward to finding the ice cream, but for now, we’ll make do with the Cinnabon breakfast set.