If you’ve anything about Blue Java Bananas, you’ve probably suspected them as a hoax. Of course, how can such a fruit be possibly blue? Would it even taste like ice cream? If so, has it been invented by Ben and Jerry? Or, would there really be such a banana tree?

Alright, most of what we’ve mentioned are lies, except for this: there really are Blue Java Bananas. They’re even called “ice cream bananas” since they’ve got a texture and flavor that’s fascinatingly similar to vanilla custard. Yes, it’s like soft serve ice cream or something similar to that. 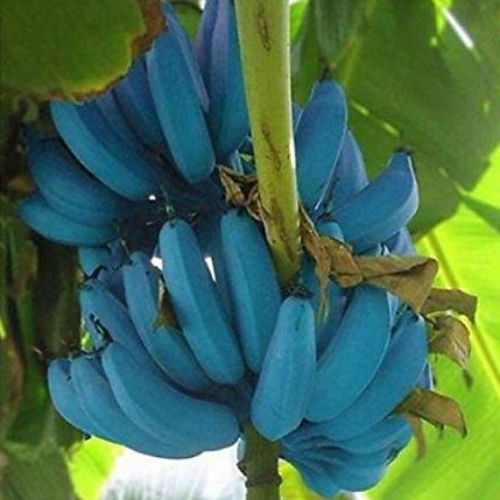 The Blue Java Bananas are also known as ice cream bananas. The banana tree is such a must-have!

Now these unusual ice cream bananas start out as bluish or blue-green before they get ripe. Apparently, they’re really made for pureeing and then freezing into ice cream (with only one ingredient)! Yup, that’s another reference to frozen banana puree. And every summer, people just seem to make one of those desserts. Miraculously, they come from a banana tree! 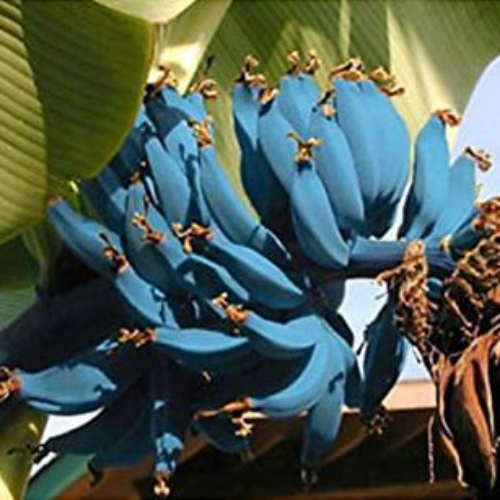 Speaking of the Blue Java Bananas, the Huffington Post once reported that they’re actually creamier and fluffier than the bananas you’re used to. So, where can you find the unique banana tree? Well, they’re in Hawaii, in southeast Asia, and in other parts of Central America.

The Blue Java (also known as Ice Cream banana, Hawaiian banana, Ney Mannan, Krie, or Cenizo) is a hardy, cold tolerant banana cultivar known for its sweet aromatic fruit, which is said to have an ice cream like consistency and flavor reminiscent of vanilla. Blue Java bananas originated in Southeast Asia and are prevalent throughout the Hawaiian islands. The Blue Java banana is a triploid (ABB) hybrid of the seeded banana Musa balbisiana and Musa acuminata. In Hawaii it is known as the ‘Ice Cream banana’ and in Fiji as the ‘Hawaiian banana’. It is also called ‘Krie’ in the Philippines and ‘Cenizo’ in Central America. . . . . . #nature #agriculture #farming #earth #soil #plant #plants #vegan #ecology #farm #farmer #farmers #banana #bananas #bluejavabananas #sustainableliving #hawaiianbanana #cenizo #krie #icecreambanana #permaculture #aquaponics #regenerativeagriculture #cultivar #aromatic #fruit #fruits #healthyfood #nutrition

Sure, these bananas are usually found in tropical climates. But, they tolerate cold. Just make sure they get a taste of enough sunlight.

Depending on your preference and current finances, you can purchase the seeds of this banana tree. Or, you may just go for a live plant. Include some fertilizer, too, as well as a cabana daybed. That way, you can turn your backyard into a beautiful oasis. Surely, you’ll love to pull off some exciting staycation!