There are two types of artist in the world. Those who spend years learning and perfecting their craft. Then there’s the lucky few who are born with it. One of these gifted individuals is Serbian art prodigy Dušan Krtolica. He was born on 25th June 2002 and he’s been drawing since the age of two. His tendency to draw animals has earned him worldwide fame. On his Facebook, the young artist shared that

“In my first years of life, I used more than 400 sheets of paper per week, because I was mostly disappointed with what I drew, so I threw them.” 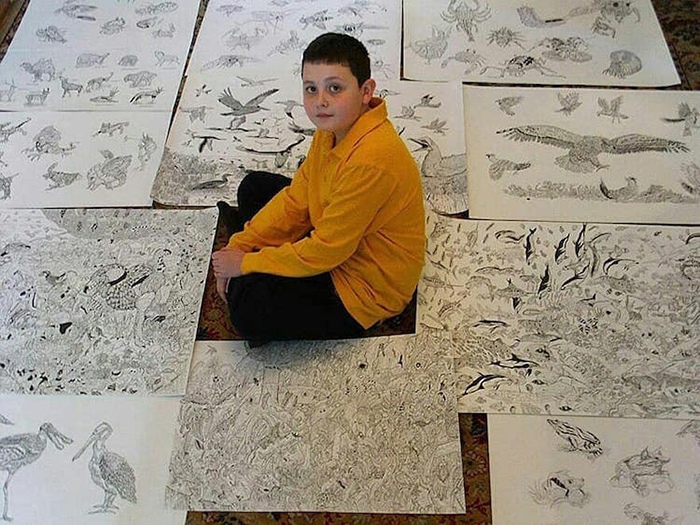 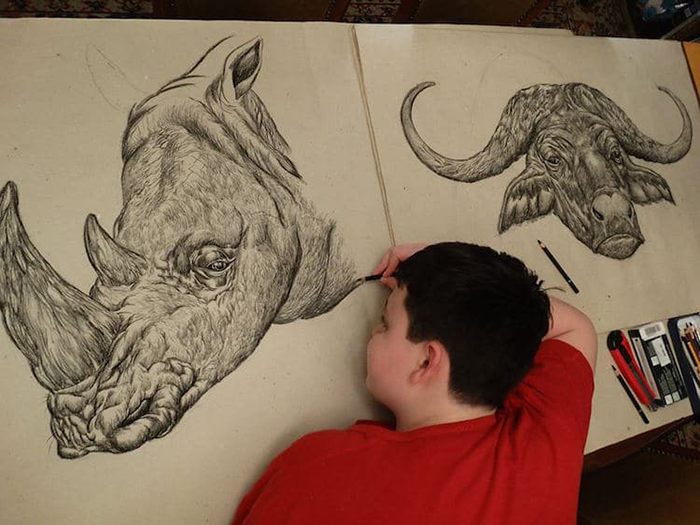 His parents quickly recognized that their son had talent in the arts. So, when he turned 4, they took him to an art school run by an artist. Young Dušan was almost rejected because of his age. Luckily, his potential shined through and he was admitted. Five years later, Dušan became the youngest artist to hold an exhibit in Serbia. Naturally, he became a phenomenon in his country and was even dubbed as the “next Duhrer” by the local media. 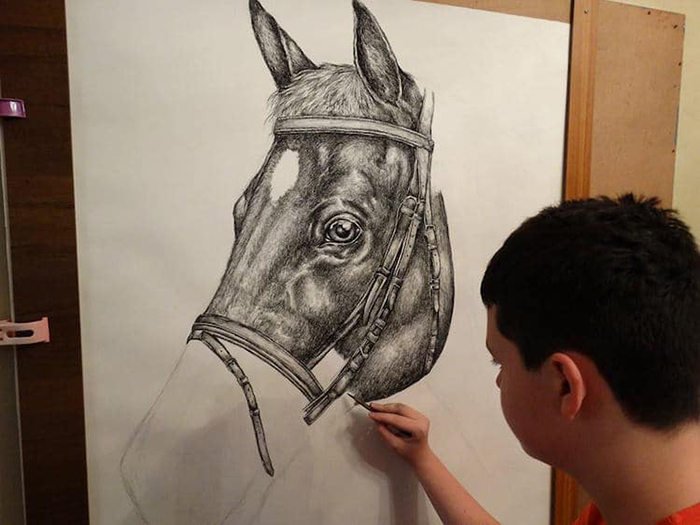 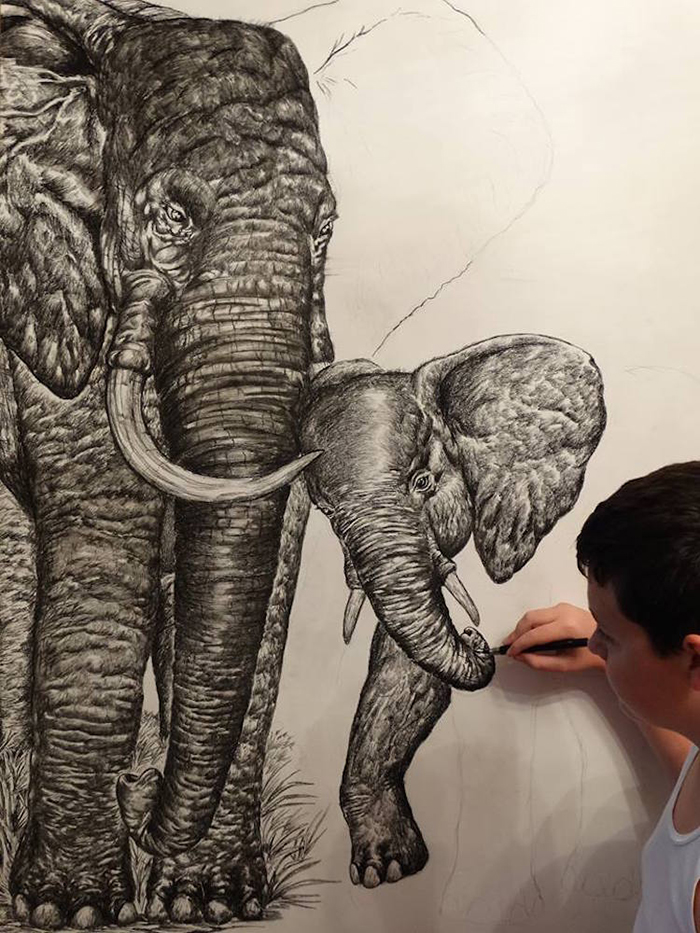 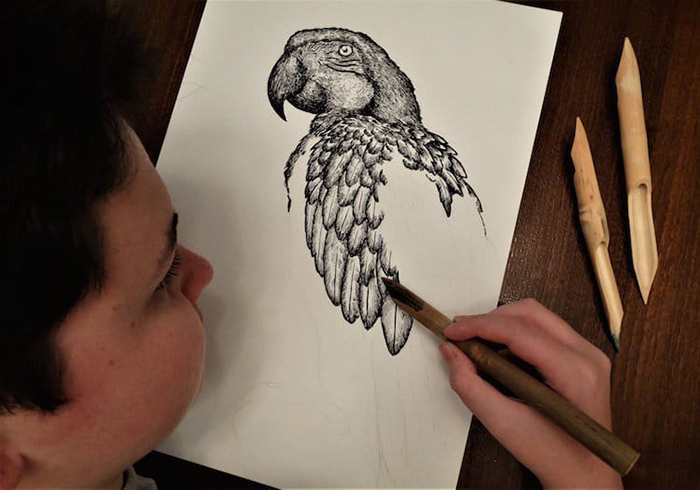 Typically, artists require a reference when working. They need this in order to recreate their subject as precisely as possible. However, this isn’t the case with Dušan’s drawings. He can draw anatomically correct animals just by relying on his memory. This is possible because his parents presented him with an art book that was written and illustrated by a Hungarian artist when he turned 7. He was so captivated by the art that he copied it all within one day! This is also inspired the young artist to aspire to write and illustrate his very own encyclopedia of animals. 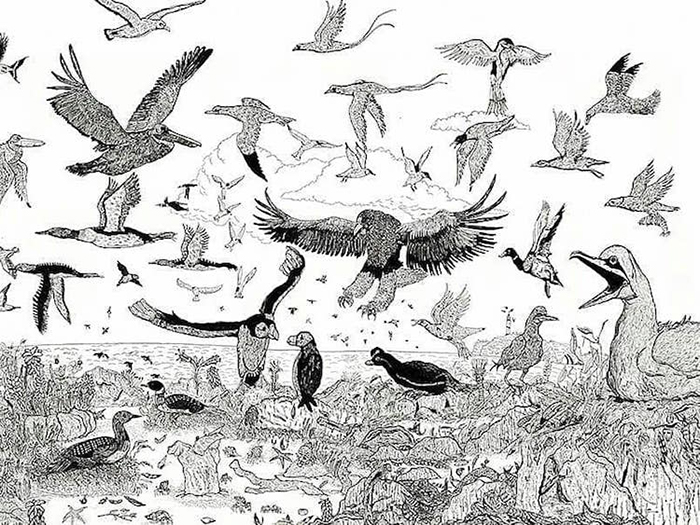 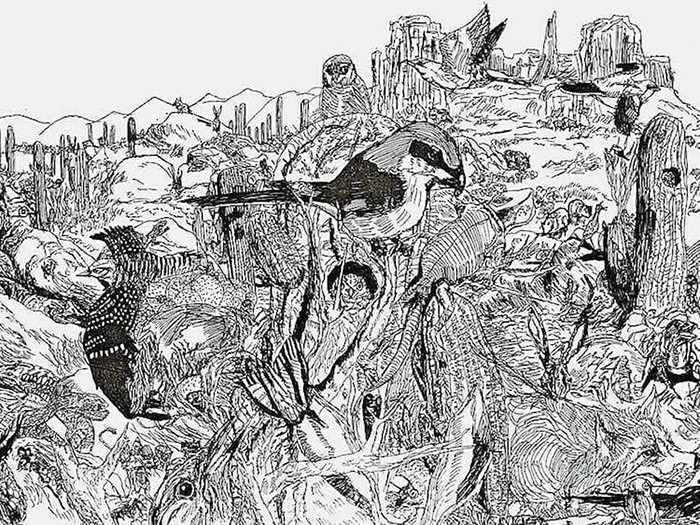 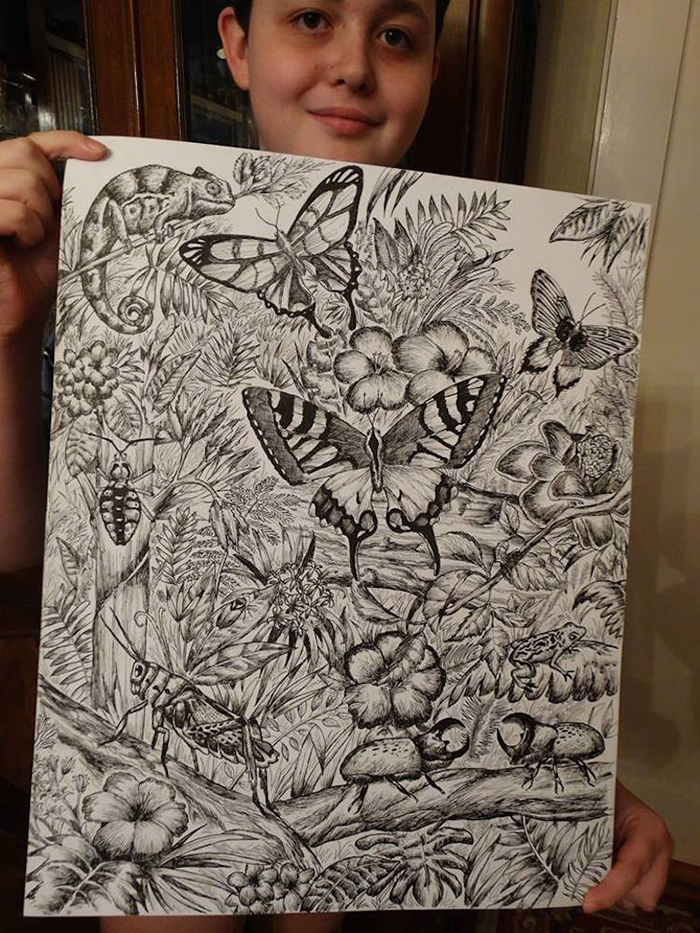 By the time he turned 13, this amazing artist had realized his dream. The 17-year-old artist now has a book entitled the Encyclopedia of Prehistoric Animals, to his name. He singlehandedly wrote and illustrated the book’s contents. Because of this, he was named as Serbia’s Ambassador of Young Talents. To date, the high school junior has had six art shows and made numerous appearances on TV shows. 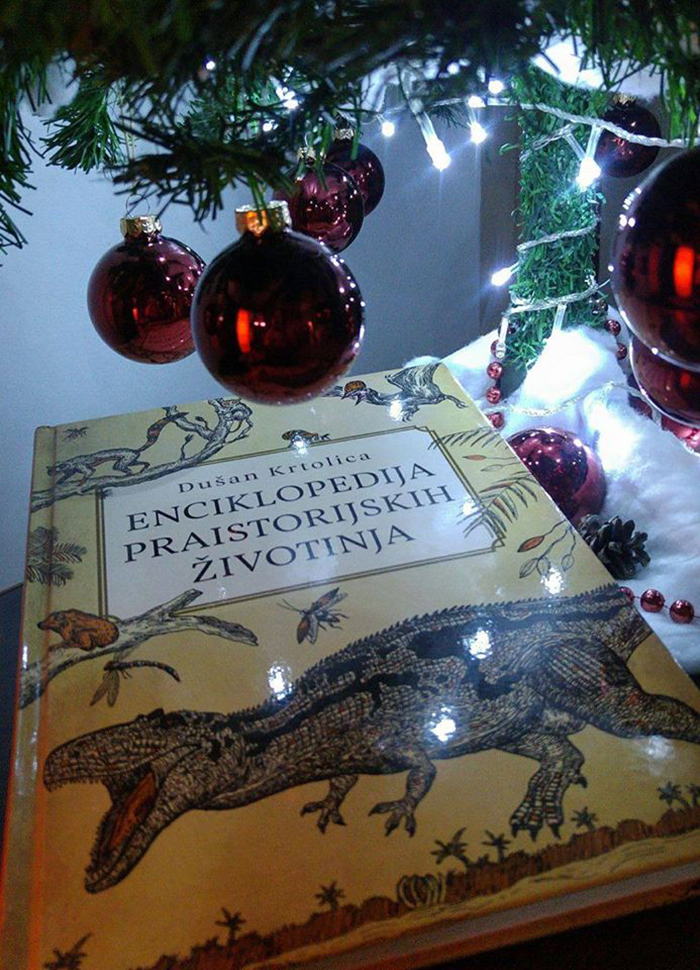 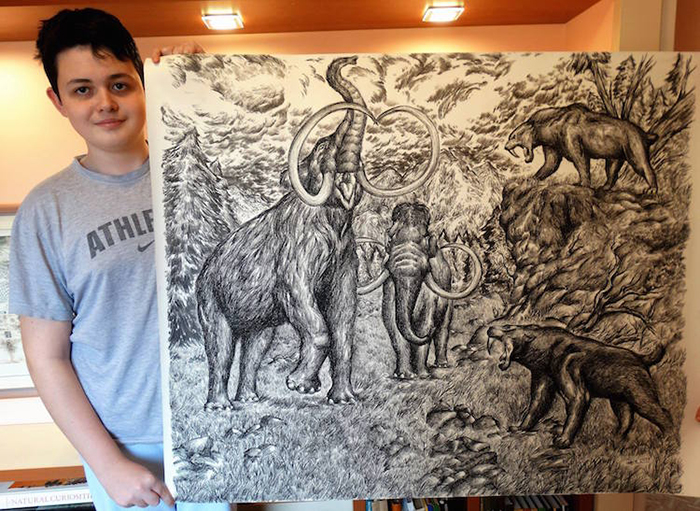 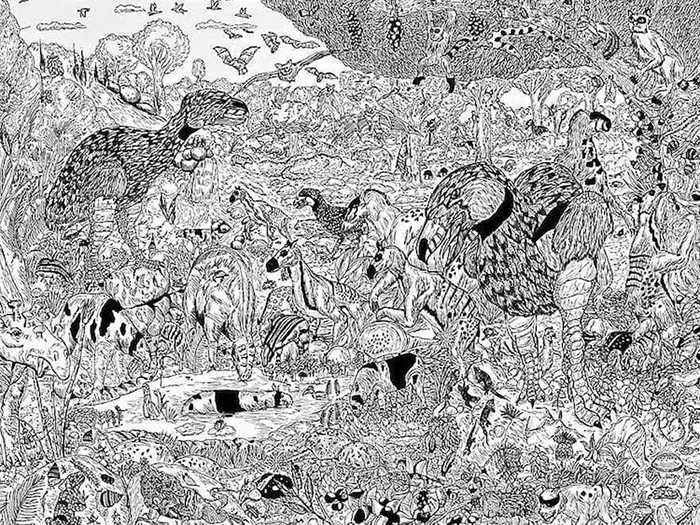 To write his book, Dušhan had to read all these books 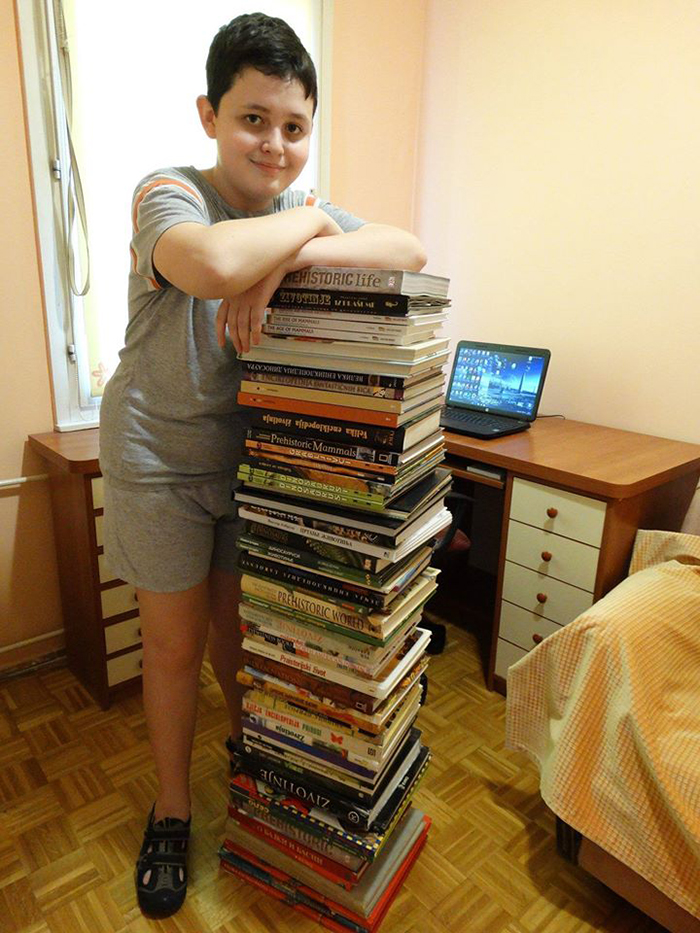 He has fans from all over the world

His incredible animal drawings have gained him fans from all over the world. Most of the admirers expressed their interest in purchasing his work. At first, his parents objected and wanted to preserve the drawings for Dušan. However, his parents seem to have relented a bit, because now the young artist welcomes requests for commissions. He’s made illustrations for various people from across Asia and the United States.

“Some corporations from Hong Kong put my works on their vans that were driving through the city streets.” 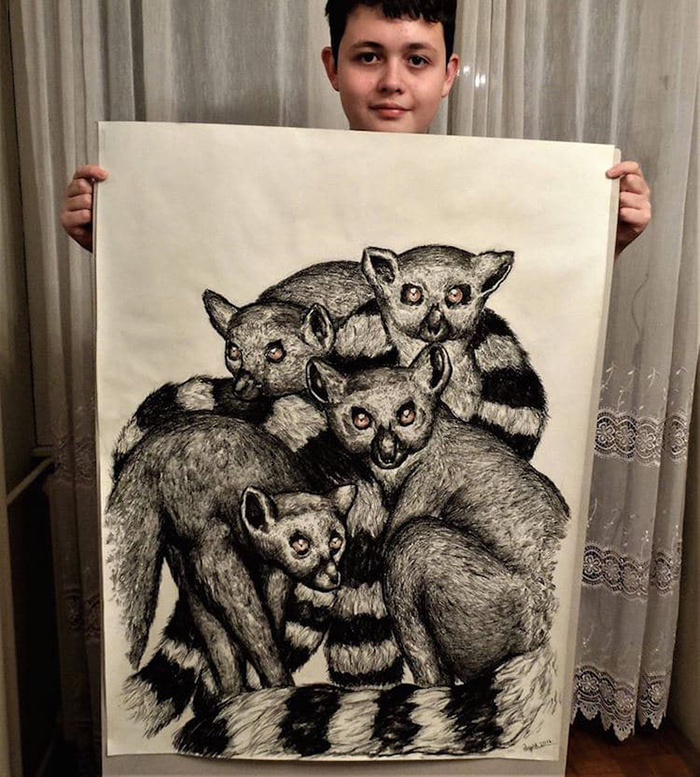 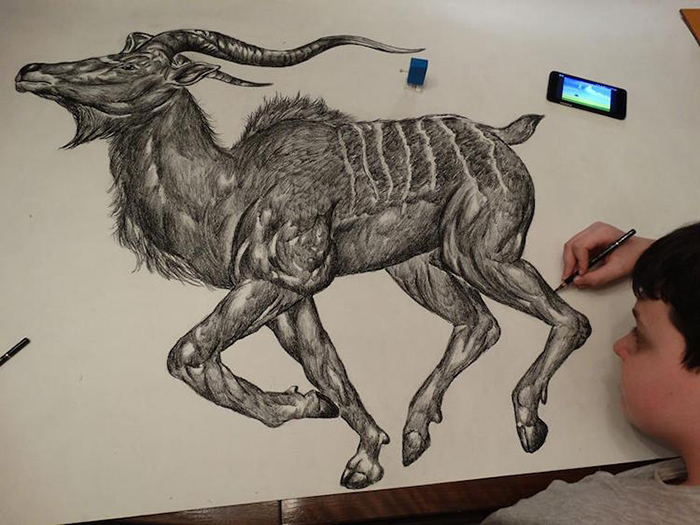 Dušsan said that his greatest wish was to draw animals on large sheets of paper. Unfortunately, the kind of paper he wanted wasn’t available in Serbia. So he shared his plight to his fans on Facebook. His fans responded with a lot of crafty suggestions to solve his dilemma. Later, a generous enthusiast sent him a 10-meter-long roll of paper and the artist naturally let his creativity run wild. Today, his drawings measure to sizes such as 35 x 45 cm, 50 x 60cm, 120 x 150 cm and even 200 x 150 cm! 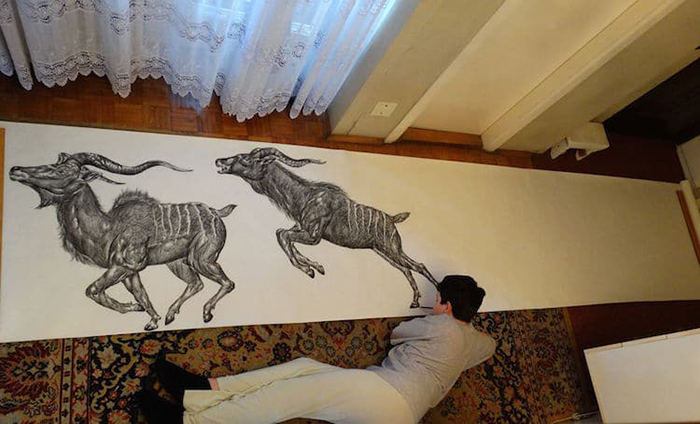 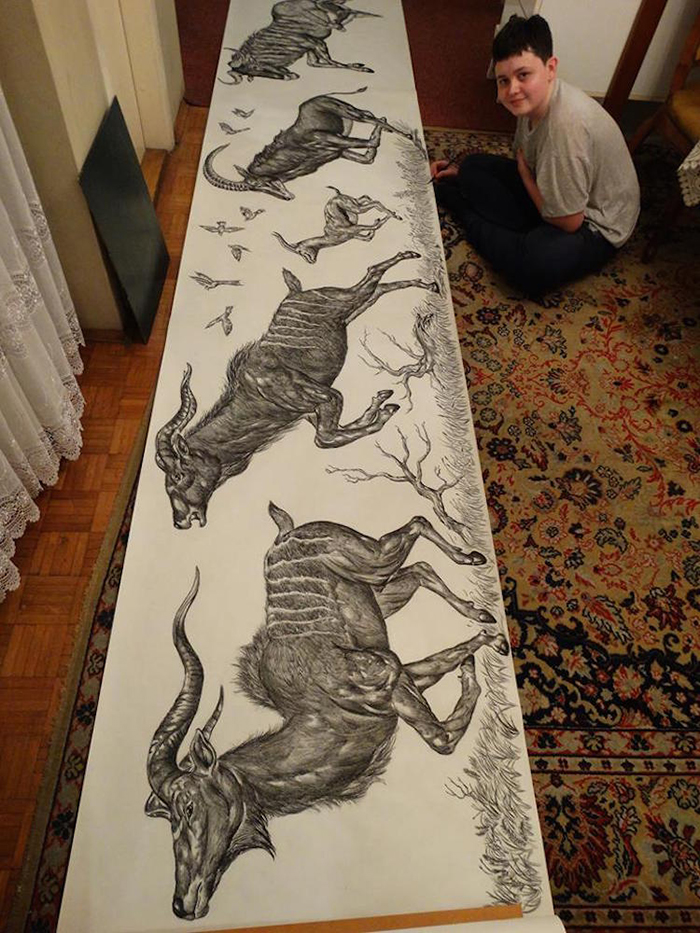 It took him 20 days to finish this huge lion 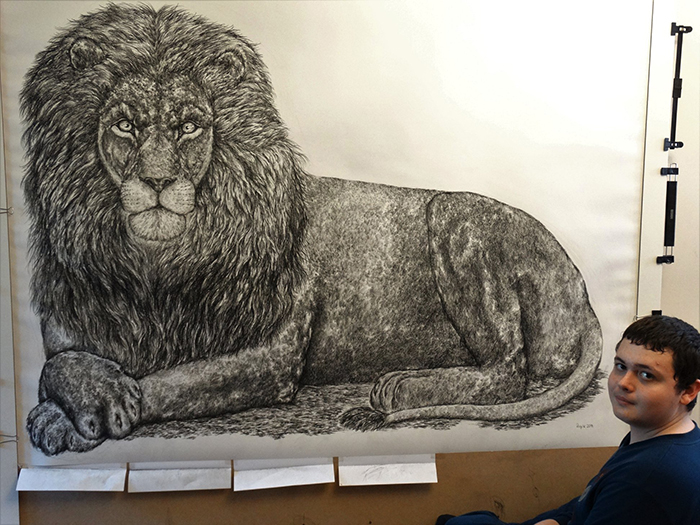 While his drawings are usually done with ink or pencil, the young artist seems to be developing his skills in painting 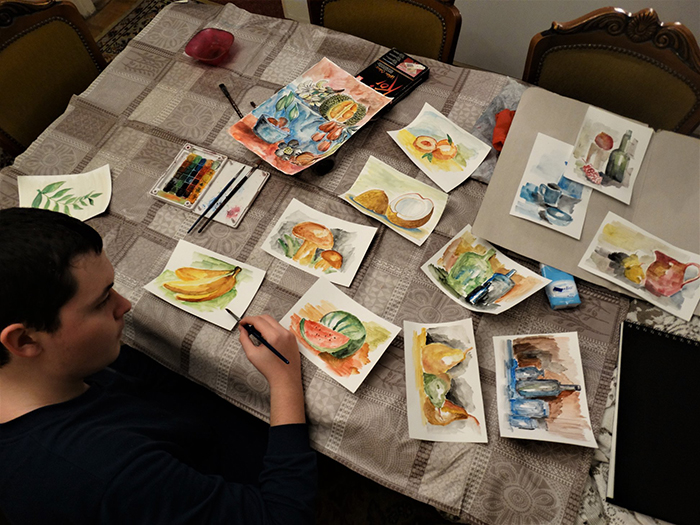 Many people want him to exhibit his work abroad. But his parents still object, saying that he’s too young to travel the world by himself. So, his world tour will have to wait. You can follow this amazing artist on Facebook, through his website, or get a copy of his encyclopedia on Amazon.