If something is meant for you, it’s going to come to you. And it turns out that these are not just comforting words but this phase really does happen. That’s exactly the case with an 82-year-old man in the small town of Bad Münstereifel in the district of Euskirchen, Germany. While he was working on his garden, he stumbled upon a curious crop that looks different from the others. Upon giving it a closer look, he noticed a shiny band wrapped around a particular carrot, giving the crop the appearance of having a tiny waist. But the most surprising thing was the golden band embedded around the crop. This is because that band was the man’s lost wedding ring which he has been missing three years ago. 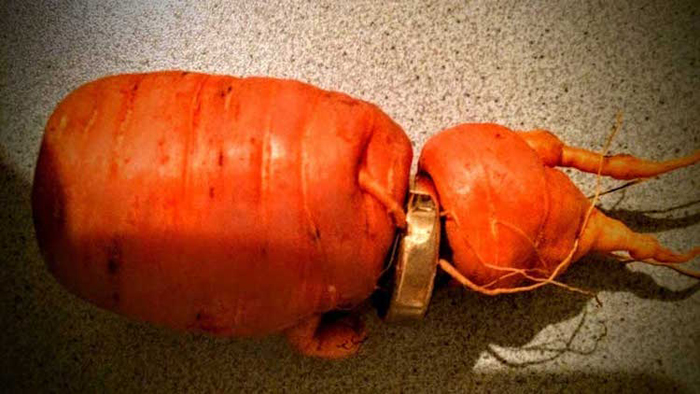 Rewind three years ago, he and his wife were celebrating their golden wedding anniversary. But shortly after that, he found out that his wedding band was missing from his finger. Unable to recall where he could have lost it, the couple began to search everywhere, hoping that they still could find it. Unfortunately, their arduous search proved futile and the elderly man began to lose hope with great dismay. His wife, on the other hand, was still full of hope. She comforted her husband saying that the lost ring would pop up somewhere eventually. Two-and-a-half years have passed but the ring was still nowhere to be found. Sadly, the man’s wife passed away, leaving her other half alone in their quest to search for the lost wedding ring. 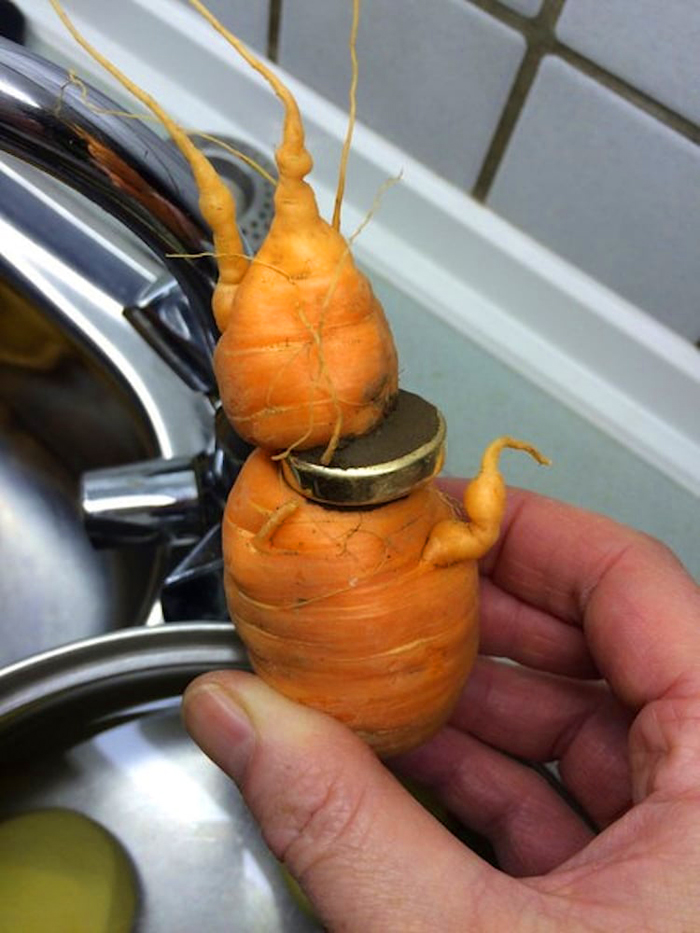 Just like a miracle, six months after his wife’s death, he finally found his lost wedding ring. And never could he imagine that he would find it on one of his crops. The ring probably slipped off his finger while he was working in the garden. It got buried in the ground for so many years. Until it finally got the chance to resurface when it got caught by a sprouting carrot. Ultimately, the crop grew with the golden band around it. And it took the ring with it when it was finally plucked from the soil. Although the elderly man wished he should had found the lost wedding ring six months earlier, he was still happy that he finally got reunited with the most memorable memento he has with his beloved wife.