Home » Art & Creative » 2,000-Year-Old Sapphire Ring Has An Intricate Portrait Carved Into It

2,000-Year-Old Sapphire Ring Has An Intricate Portrait Carved Into It

The late lady Diana Spencer’s engagement ring sparked frenzy and controversy. It became one of the most iconic jewelry pieces featuring a sapphire stone. But the former Princess’s jewelry, though fabulously gorgeous, pales in comparison with the 2,000-year-old sapphire ring from the Marlborough Collection. Royal jeweler Wartski surprised collectors when they announced it to be a part of their 2019 auction Multum in Parvo. The auction’s name is a Latin phrase that translates to “a great deal in a small space”. Multum in Parvo showcased an impressive collection of miniature masterpieces put together by Wartski for over 8 years.

Despite featuring pieces from notable gem engravers of the 18th and 19th century, this ring owned the spotlight. After all, it isn’t every day you encounter a ring carved entirely from a single stone that could’ve possibly been worn by a Roman emperor! In their official description, Wartski wrote:

“A sapphire Hololith (a ring carved from a single stone), one of the missing Arundel and Marlborough gems, once catalogued as belonging to the Emperor Caligula.” 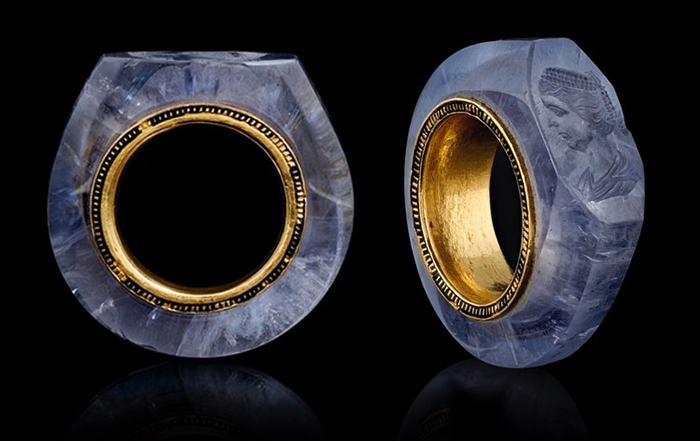 This amazing sapphire ring comes from the Marlborough gem collection

The Marlborough gems were one of the largest and best jewel collections in the world. Generations of Dukes of Marlborough assembled the collection. There were as many as 800 pieces in the collection, which largely composed of carved gemstones like garnets, sapphires, emeralds and many cameos. Many of these precious articles date all the way back to antiquity – and the sapphire hololith is one of them.

However, the 7th Duke of Marlborough had to break up the collection to pay for Blenheim Palace’s repairs. Many of the gems quickly disappeared into new private collections and only a select few know who has what. 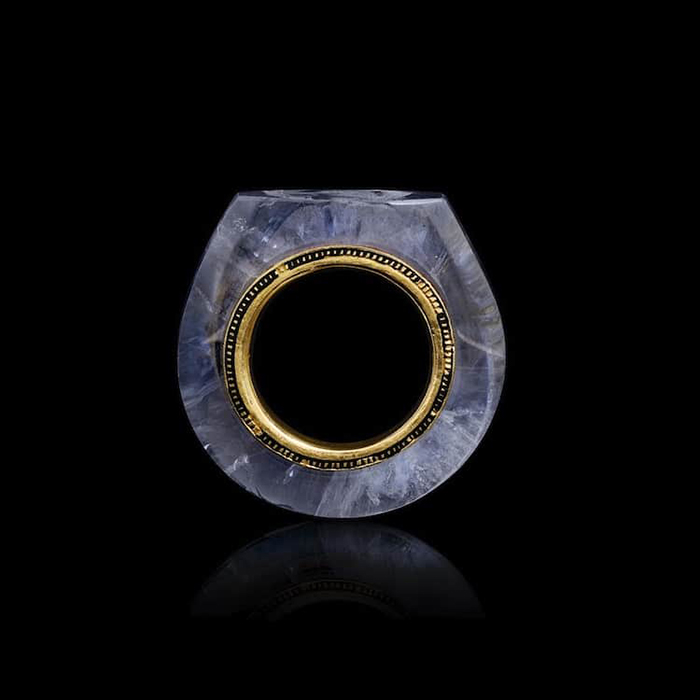 The ring features an intricate carving

If the fact that this ring is carved out of a sapphire stone doesn’t impress you as it should, then maybe the delicate and detailed carving of a woman’s profile on the ring will. This detail is particularly remarkable as scratching, let alone engraving on sapphires is no easy feat. Sapphires follow diamonds in the Mohs scale of hardness.

Only someone with exceptionally incredible skills could have managed to carve a remarkable portrait of a woman on the hololith. The ring’s muse is a mystery. Some say that it’s Caesonia, Caligula’s fourth and last wife, and others say otherwise. 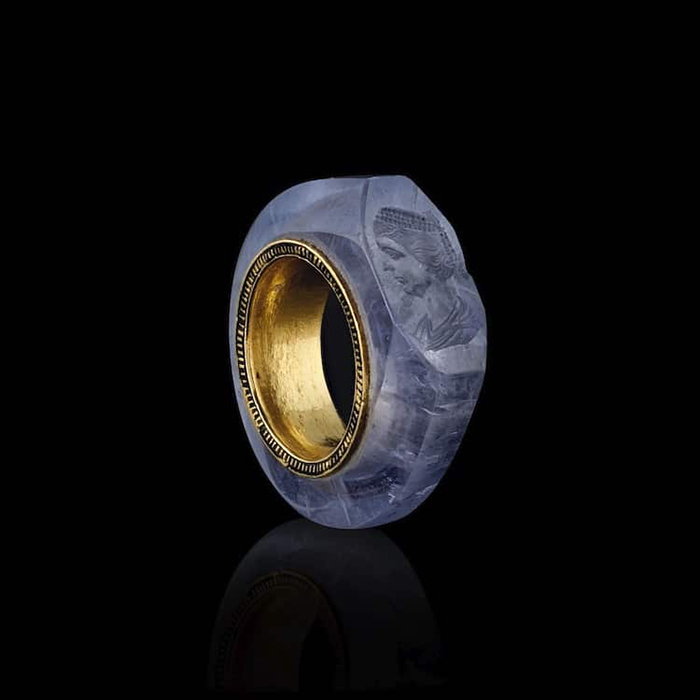 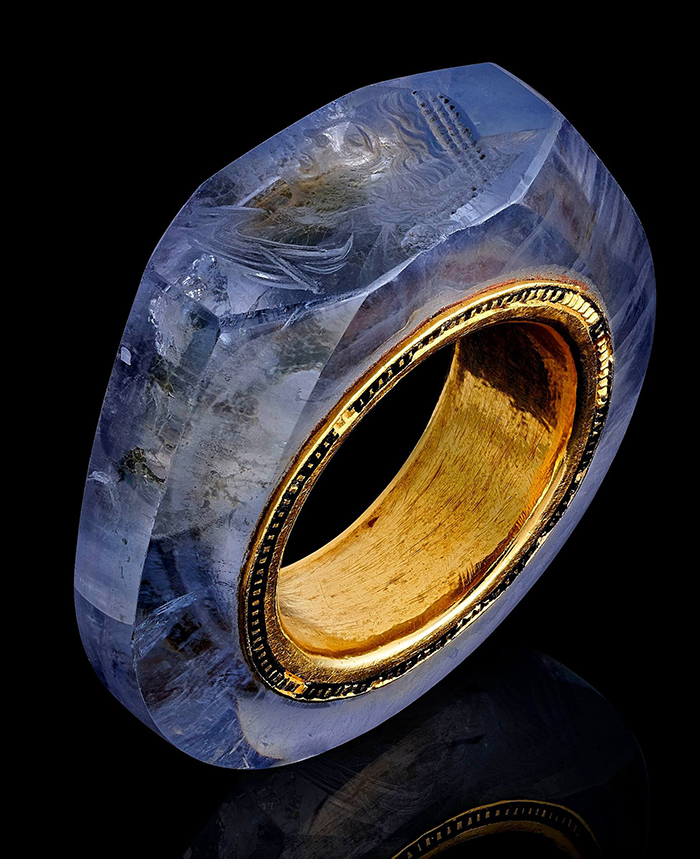 Caligula’s final, ardent relationship with his fourth wife is legend. According to historians, Caligula had a penchant for showing off Caesonia’s bare body to his friends on occasion. So it wouldn’t be strange for him to have his wife’s image engraved on his precious ring, would it? Some art historians beg to differ, though.

They say that the style of ring doesn’t fit into the fashion of Caligula’s time. And others dispute that the profile fits someone else entirely. It may or may not be the case. But it’s certainly more romantic to think that it actually belonged to him.

Ancient craftsmen may have used diamond tools for the portrait 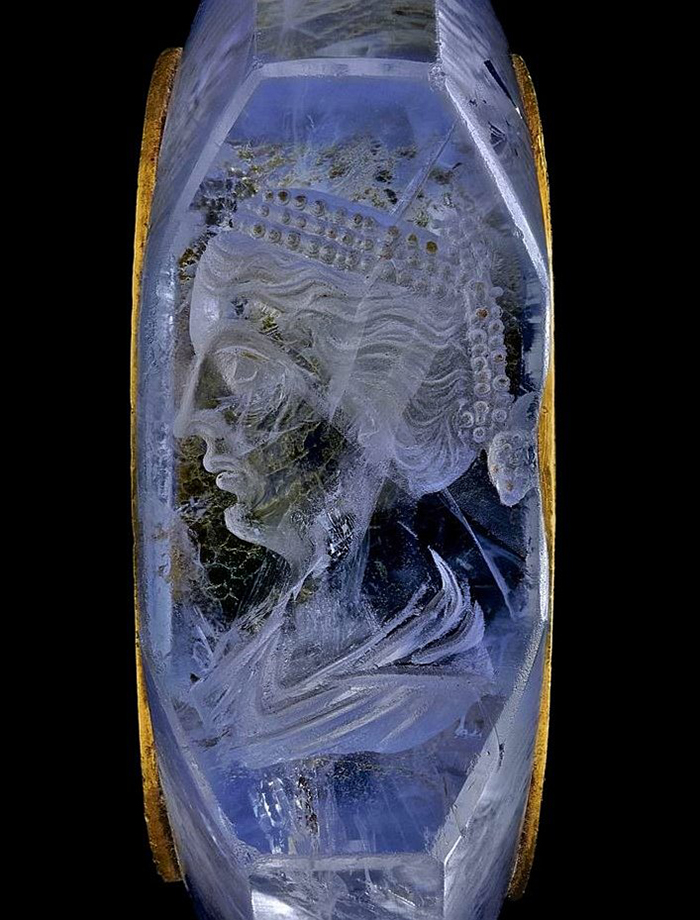 Wartski may not have disclosed their pre-auction estimate as an effort to not scare away potential buyers. But according to resports, the 2,000-year-old ring sold for £500,000 or $615,000. This is a far cry from when it sold at Sotheby’s in 1971 for just £750. It stayed in a French private collection until Wartski acquired it. The hololith’s value may have something to do with the way it was crafted. Some jewelers suspect that only diamond tools could have carved onto the sapphire surface. We may never really know the ring’s true history. But one thing is for sure. This one-of-a-kind ring is definitely a treasure!