In 1965, a perfectly-preserved sword was discovered by an excavation team in an ancient tomb in Hubei, China. Later, it was found out that the 2500-year-old Chinese sword belonged to the ancient king of Yue named Goujian who reigned around 496 BC. For this reason, the discovered ancient sword is called the Sword of Goujian.

Ancient warriors used to fight their enemies with swords and protect themselves by wearing battle armors. In the earliest civilizations, swords are made to be fatally sharp and unyielding. Many sword smiths during these times were specializing in forging customized blades for both warriors and distinguished figures. For warriors, it’s the sword’s functionality that matters the most. But for prominent personalities such as kings, emperors, or generals, the prestige of the sword really counts. The blades of these prestigious swords are usually made of high quality material such as bronze and copper. Then the handles are embellished with precious gems and crystals to project eminence and wealth. Sometimes, even the blade itself is embellished with mesmerizing patterns to make it look more impressive. 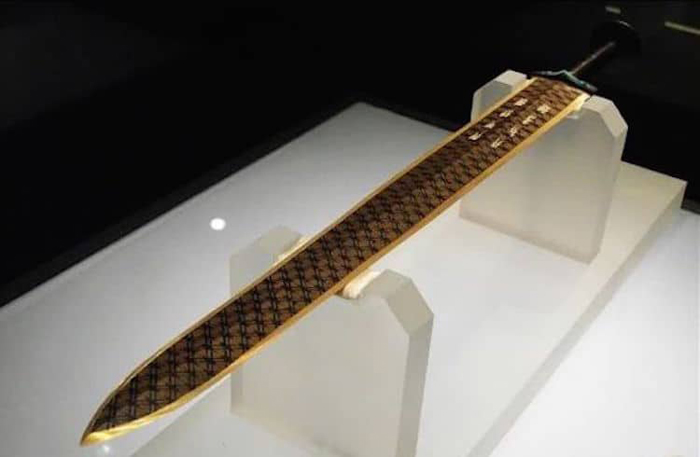 We can say that these ancient swords are indeed the ultimate weapons because they can stand the test of time. And that’s exactly the case with this 2500-year-old Chinese sword that was discovered in an ancient tomb. The excavation team found it inside a wooden box located beside a skeleton. Upon opening the box, the team was amazed to find an intact sword without any sign of deterioration. It is indeed hard to believe that an item dating back 2500 years ago still appear to look like new and untarnished. 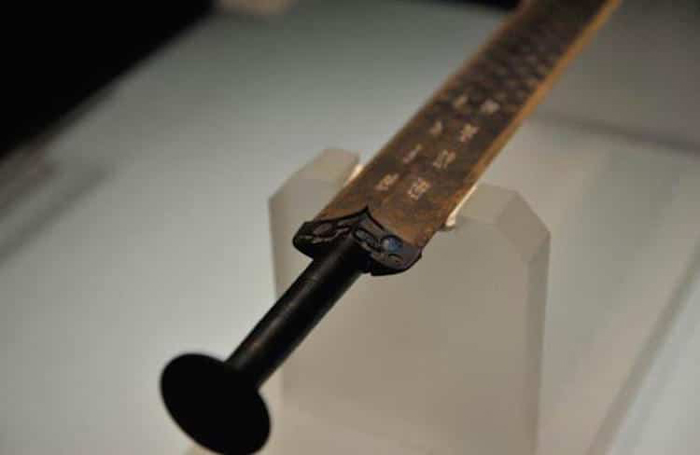 For over two millennia, the copper blade was able to retain its overall condition and sharpness. As a matter of fact, archaeologists tried to test the blade if it can still perform its purpose. Surprisingly, the 2500-year-old Chinese sword was able to cut through a stack of 20 sheets of paper easily. From the tip of the blade down to the handle, it measures 22 inches long. Aside from the blade’s sharpness, both sides of it also have elegant-looking patterns, along with ancient writings on its lower part. Experts claim that the inscription on the blade reads ‘King of Yue made this sword for personal use.’ And that confirms who the real owner is.

This 2500-year-old Chinese sword was found in perfect condition in an ancient tomb in Hubei, China 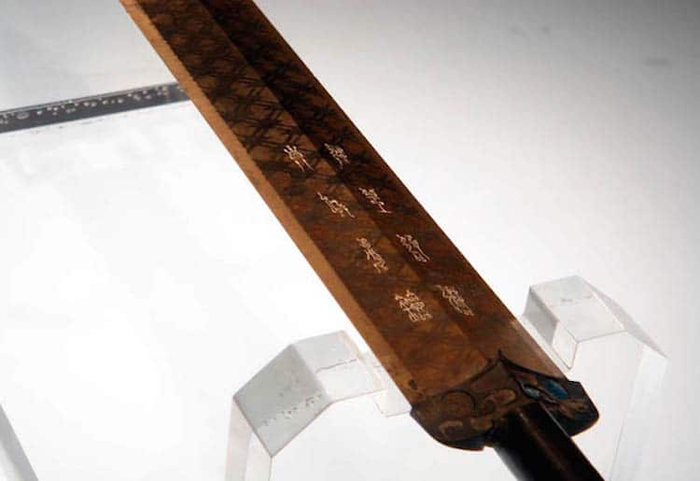 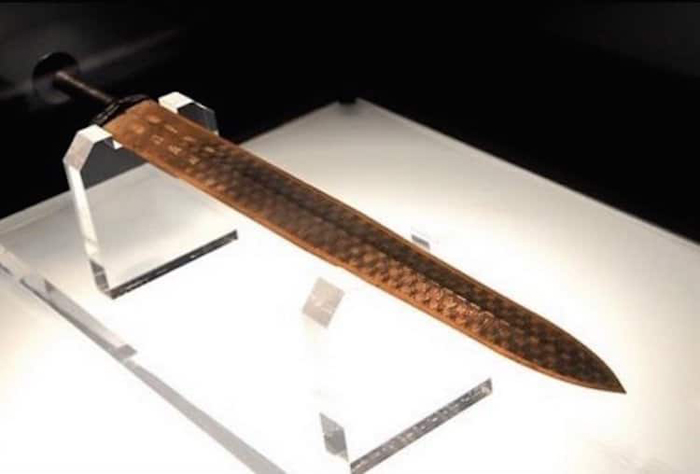 Furthermore, the handle is decorated with blue crystals and concentric circle patterns. The Sword of Goujian is truly a magnificent sword fit for a king. You can see this 2500-year-old Chinese sword on display at Hubei Provincial Museum, along with other artifacts unearthed from the Jinan site.