There’s a new attraction in Cusco, Peru featuring enormous sculptures of ancient Andean gods carved into a rocky mountain. The Inca civilization first appeared in the mountainous regions of ancient Peru in the early 13th century. The empire, which was based in its capital city of Cuzco, extended along the Pacific coast and Andean highlands. And it eventually became the largest empire in pre-Columbian America.

The Macchu Picchu in southern Peru is one of the most significant archaeological sites left by the Incas. And to honor the fascinating culture and heritage of the Inca empire, Cusco-based sculptor Michael de Titan recently unveiled his latest project. His work features a series of sculptures depicting various ancient Andean gods carved directly into a sacred mountain in Cusco which is considered one of the empire’s ‘Apus’.  Incas believed that deities reside in spiritual mountains and called these ‘sacred mountains’ Apus. In these mountains, people made offerings, prayers, rituals, and even human sacrifices to communicate with the gods.

Monuments of Ancient Andean Gods Carved Into a Mountain 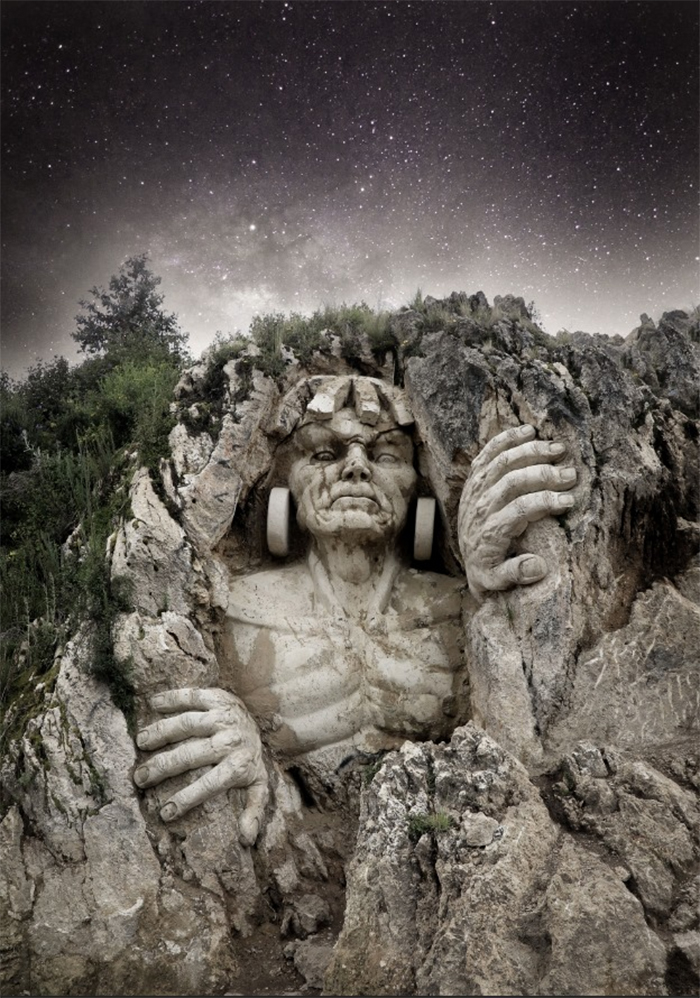 The modern attraction, Apukunaq Tianan (which means ‘abode of gods’), features gigantic figures of ancient Andean gods carved into one of Cusco’s Apus in the Senk’a community. Using only a chisel and a hammer, de Titan meticulously sculpted elaborate monuments honoring some of Inca’s major deities. There’s the creator and the most powerful deity Viracocha and the Goddess of the Earth Pachamama. 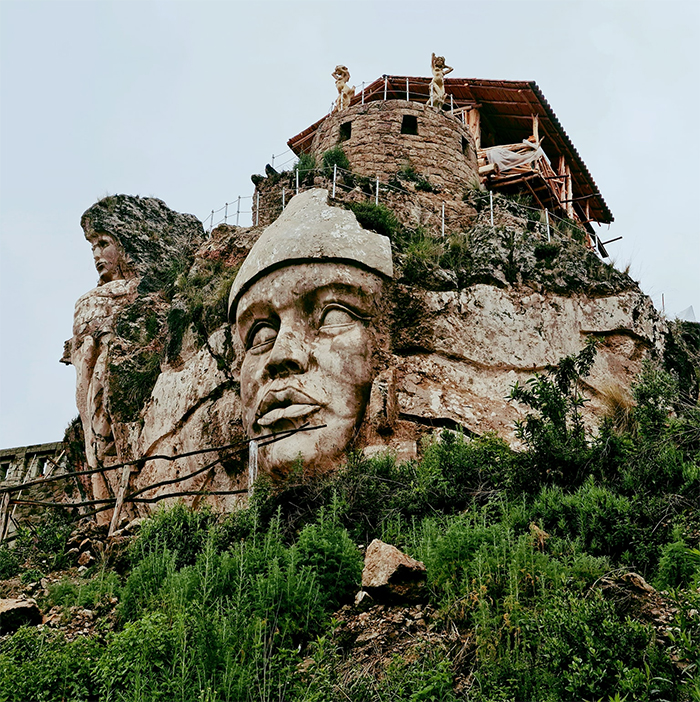 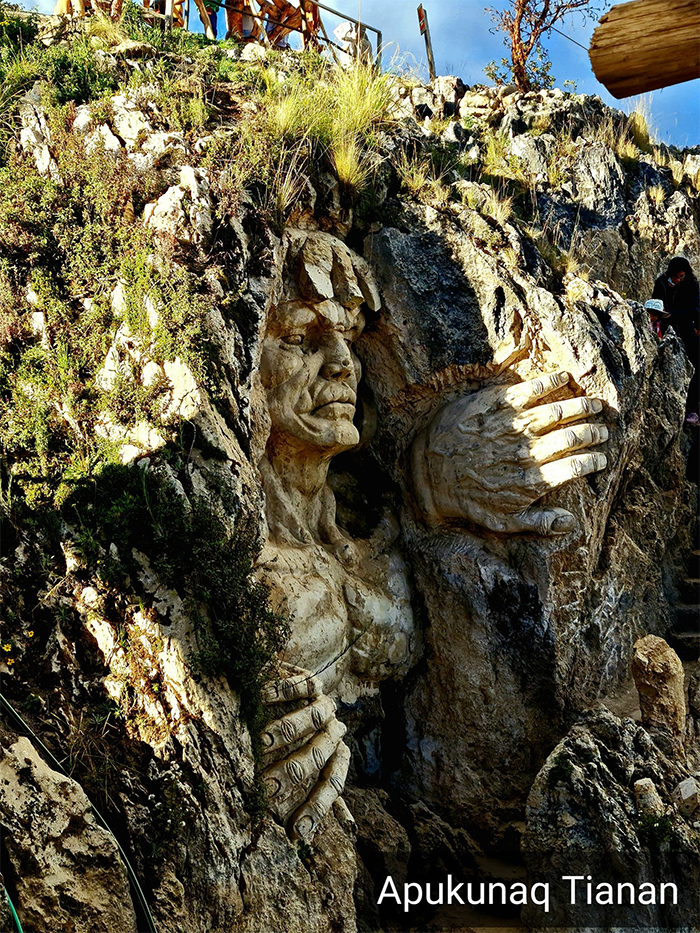 De Titan also sculpted a head of a puma which was considered a divine animal and was a part of the Inca trilogy including the condor and the serpent. Among the deities and the divine puma, there’s also the depiction of Túpac Amaru, the last monarch of the Neo-Inca State who was executed by the Spanish after the fall of the empire. 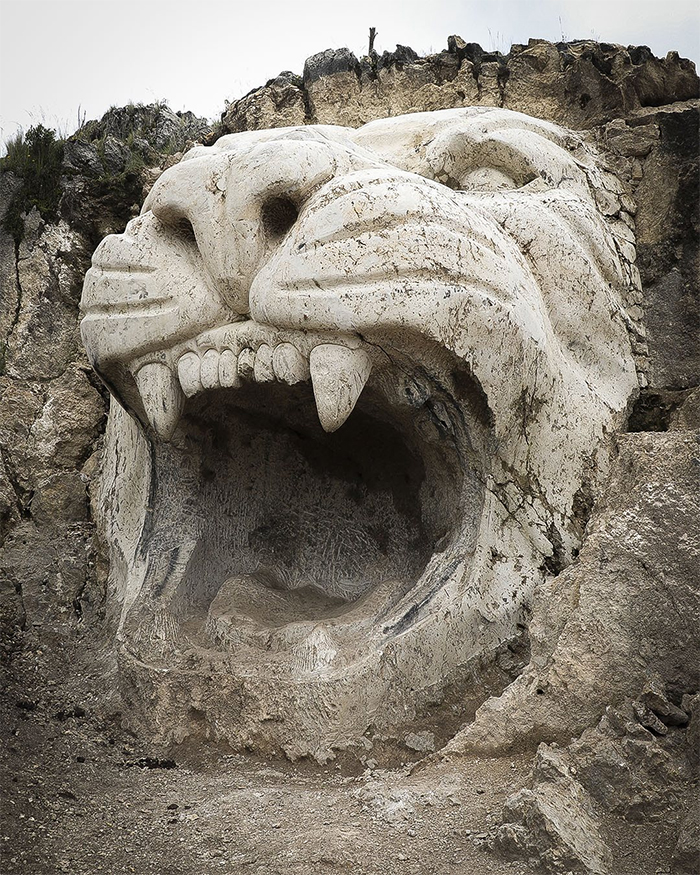 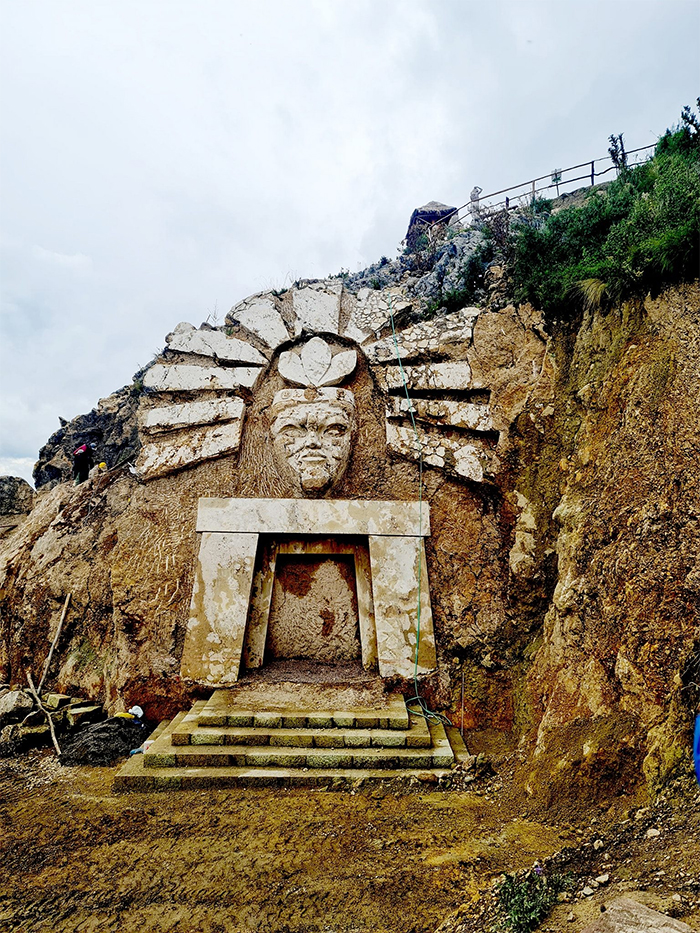 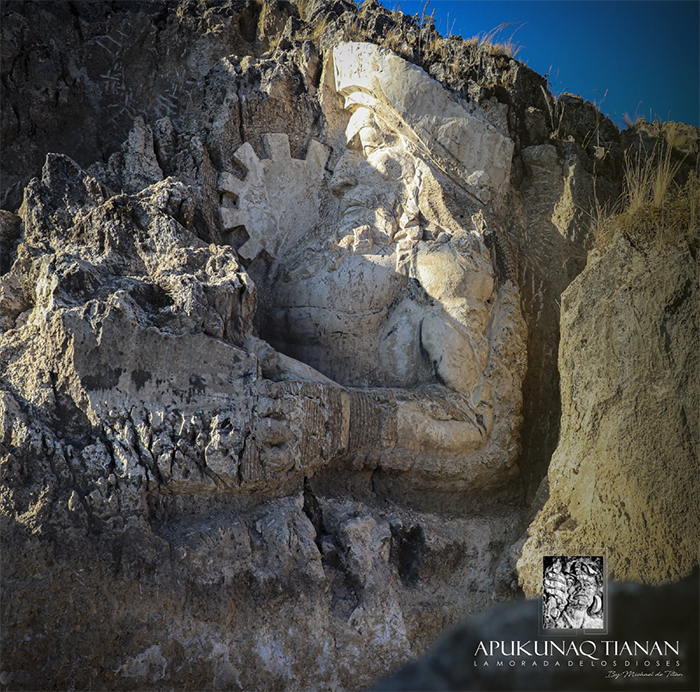 The awesome sculptures of the ancient Andean gods and Túpac Amaru emerge from the same rock of the mountain. The new attraction officially opened in July 2021 to coincide with the country’s bicentennial year of independence. If you’re planning to visit Peru, don’t forget to drop by the Apukunaq Tianan to pay homage to the Incan deities and to learn more about this mysterious empire and its interesting culture. 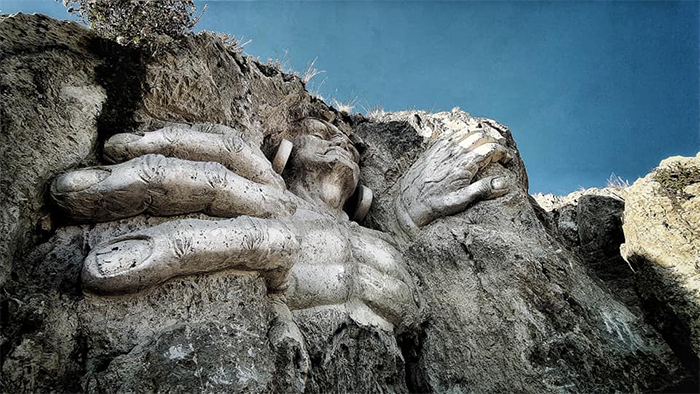 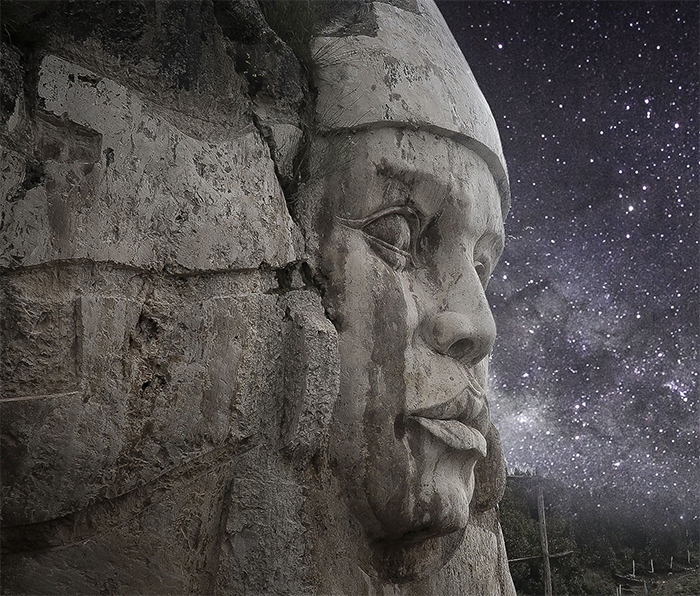 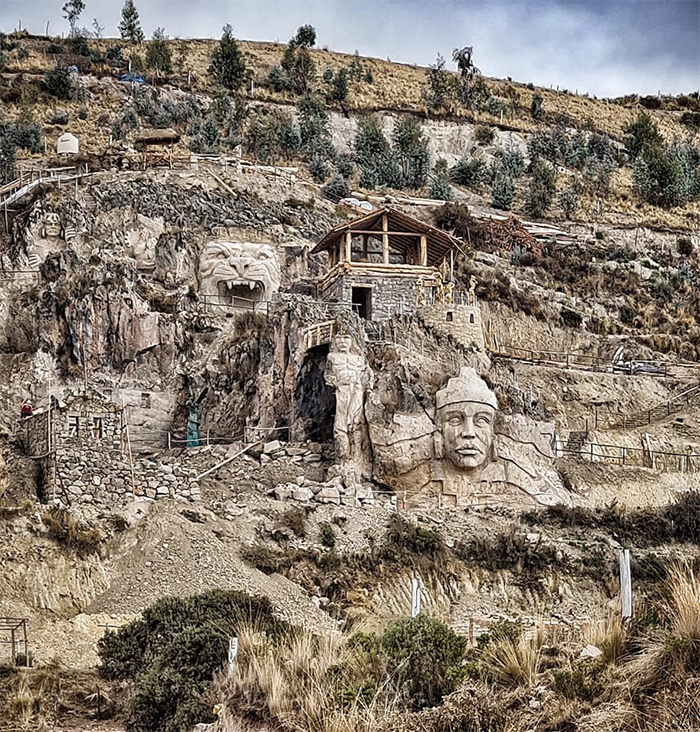 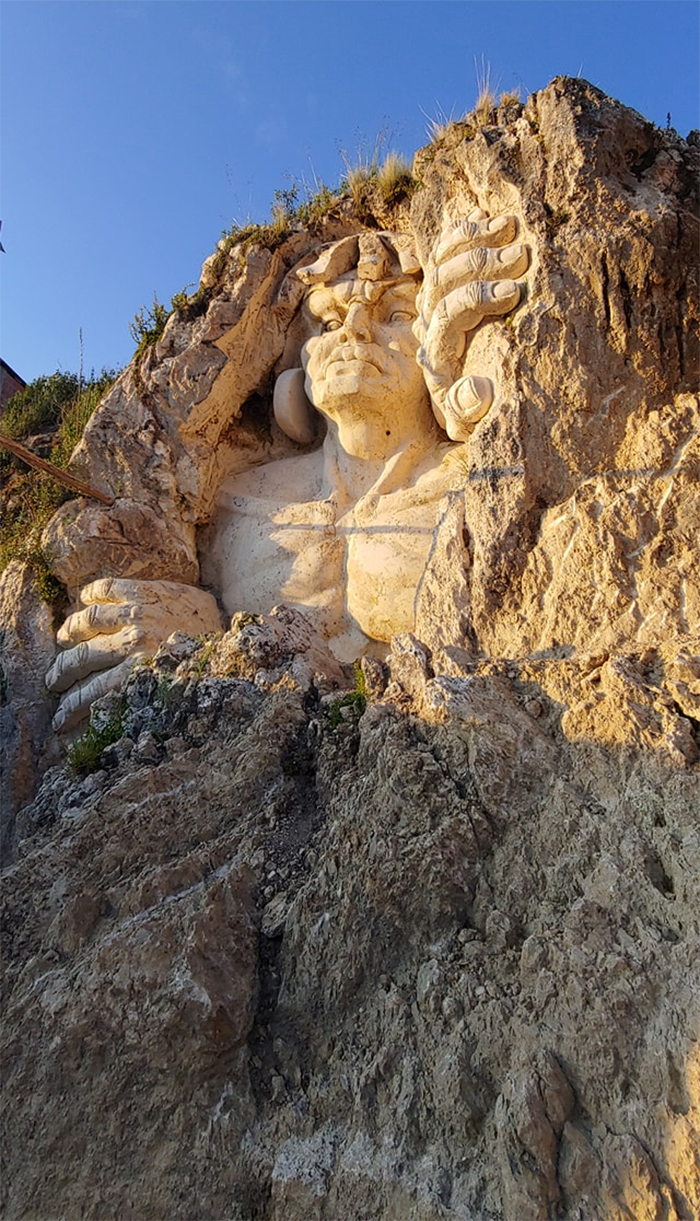