In Jingzhou City of China’s Hubei province, a colossal statue magnificently stands as it seems to watch over the city. The monumental statue depicts the legendary Chinese military general Guan Yu. According to Chinese history, Guan Yu served under the warlord Liu Bei in the Eastern Han dynasty (25-220 AD). Being Liu Bei’s bravest and strongest general, he became one of the best known historical figures in Chinese history. Due to his loyalty and unyielding courage, he was depicted as the God of War in Chinese mythology. Today, Guan Yu is worshiped as the god of strength, courage, perseverance, and wealth as his figure embodied all these qualities. As a tribute to the great general, a gigantic 1,320-ton Guan Yu statue was unveiled in Jingzhou City in July 2016. 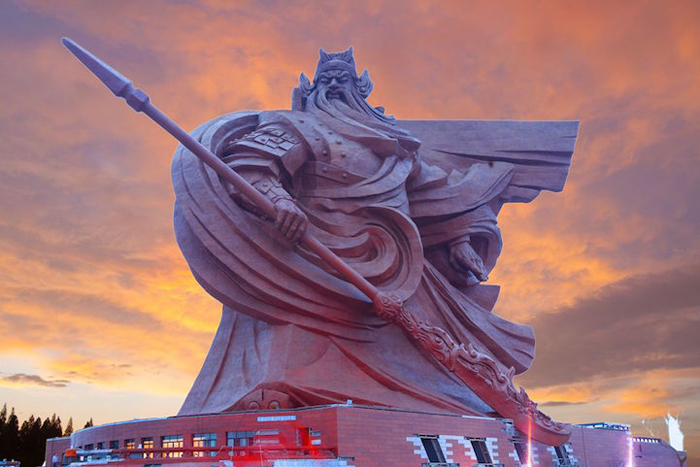 Standing on a warship pedestal, the Guan Yu statue appears on an impressive stance, giving impression of a reliable protector. The figure holds his famous weapon called the Green Dragon Crescent Blade which is believed to have weighed a hefty 40 pounds. From the base up to the tip, the sculpture stands around 190 feet tall. The enormous Guan Yu statue is coated with more than 4,000 strips of bronze for a majestic finish. 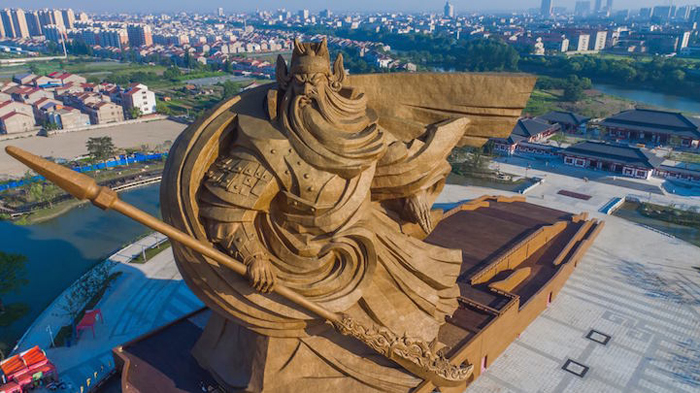 The warship pedestal also serves as a Guan Yu Museum which is open to the public. There are other monumental statues of Guan Yu located throughout China. But the magnificent Guan Yu statue in Jingzhou City is hands-down the most epic of them all. The brave general is also revered by other East Asian countries aside from China. People believe that the God of War can bestow them strength and courage by visiting shrines and statues dedicated to him. He also has notable influences in Chinese Buddhism, Confucianism, and Taoism. 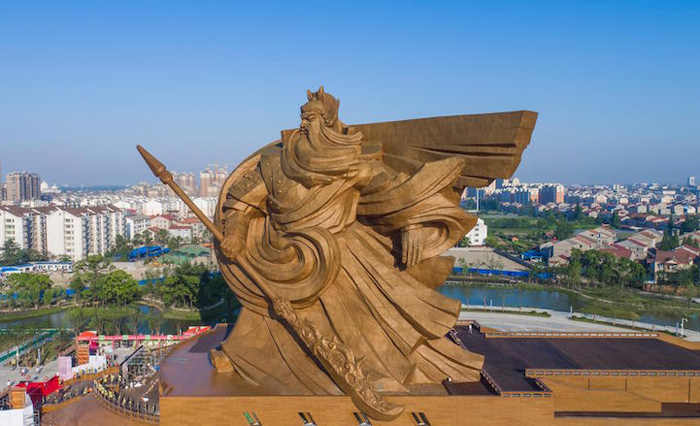 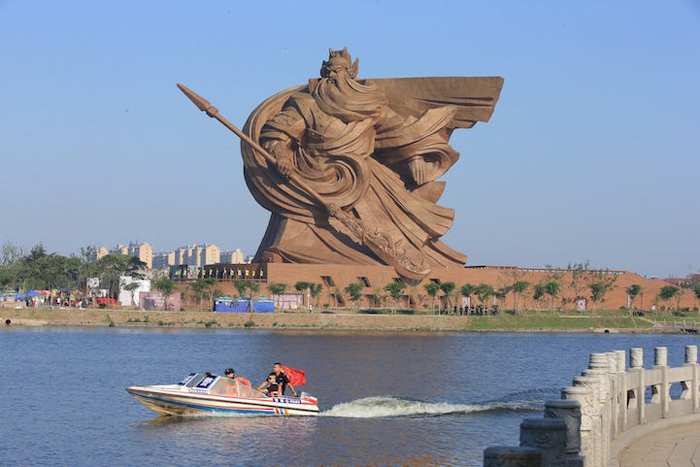 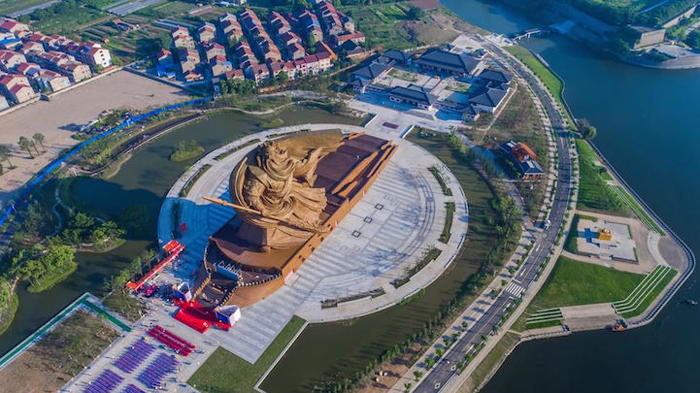