The lion is considered to be the most powerful member of the animal kingdom. Oftentimes, the lion is used to symbolize majesty, courage and strength. So, when Chinese architect Dengding Rui Yao was commissioned to sculpt a massive redwood trunk, he only had one thing in mind. The architect led a team of 20 people to carve a giant lion sculpture out of the gigantic trunk. Due to its enormous size and elaborate details, it took them 3 years to complete the giant lion sculpture. 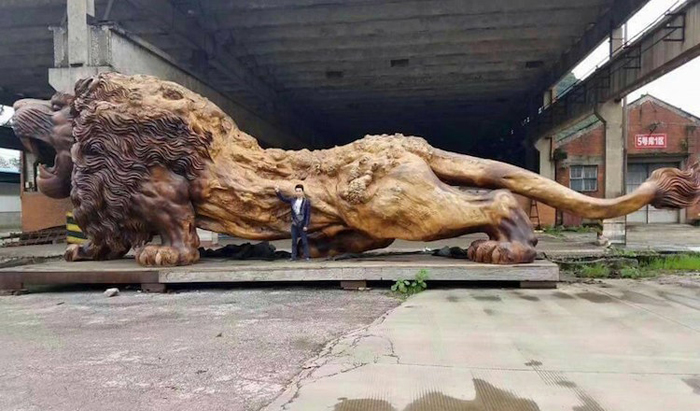 Rui Yao started the project in Myanmar until it was completed in December 2015. When the ferocious-looking wooden statue was finished, they named it  Oriental Lion. But the giant lion sculpture did not stay long in Myanmar because it was immediately transported to Wuhan, China. Now, the roaring Oriental Lion stands in Fortune Plaza Times Square where thousands of visitors can see it up close. Furthermore, the giant lion sculpture made its way to the Guinness World Record as the world’s largest redwood sculpture. Flaunting a 47.5 feet length, 16.5 feet height, and 13 feet width, this gigantic redwood sculpture is indeed colossal. 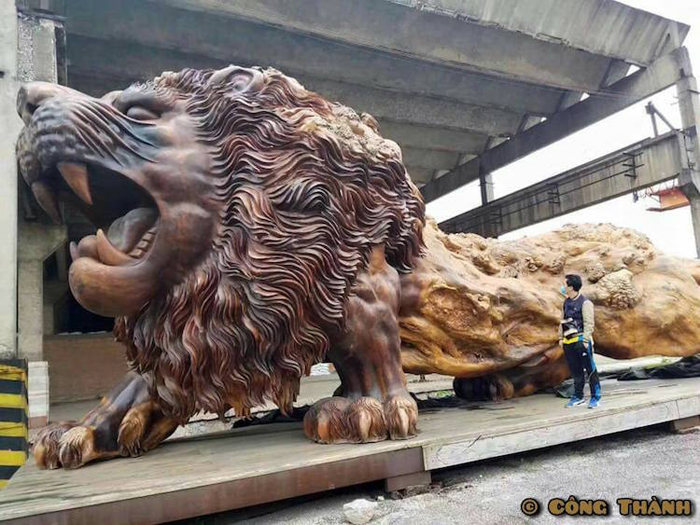 The magnificent giant lion sculpture features the fierce animal’s head, paws, and tails with a smooth finish. However, the architect decided to retain the trunk’s rough texture on the figure’s torso. It’s only fitting to display this gigantic monument right on the capital city of Hubei Province in Central China. In Chinese folklore, lions are typically depicted as unwavering guardians that can also fight off evil spirits. That is why most palaces and temples in China often have lion statues on the gates.

If you can’t make it to Wuhan to see the giant lion sculpture, here are some photos to reveal how spectacular it looks. 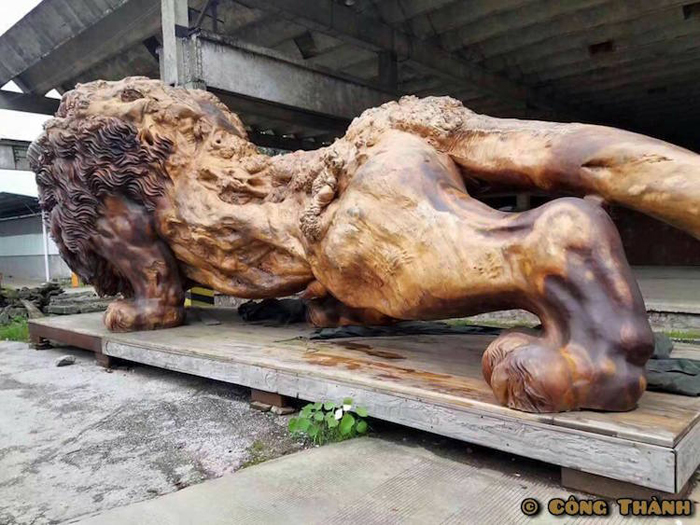 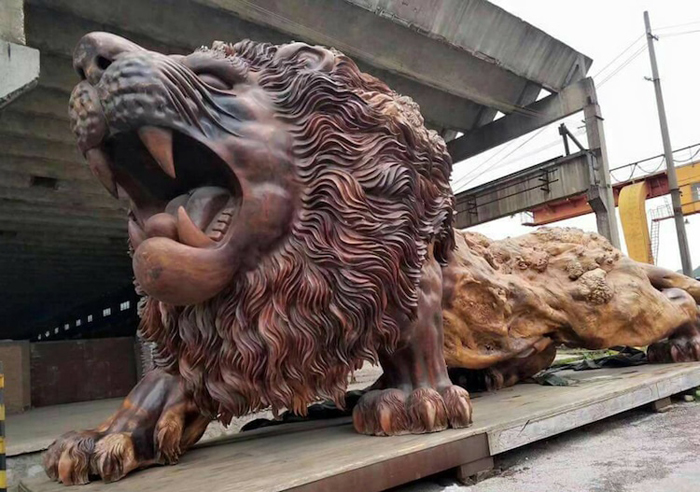 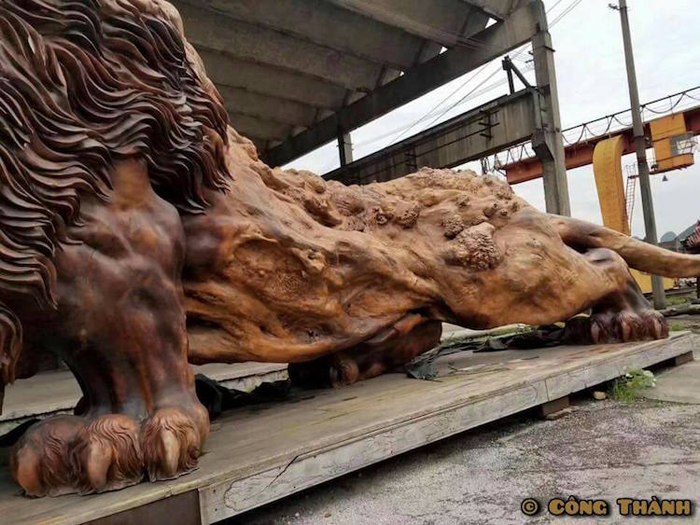 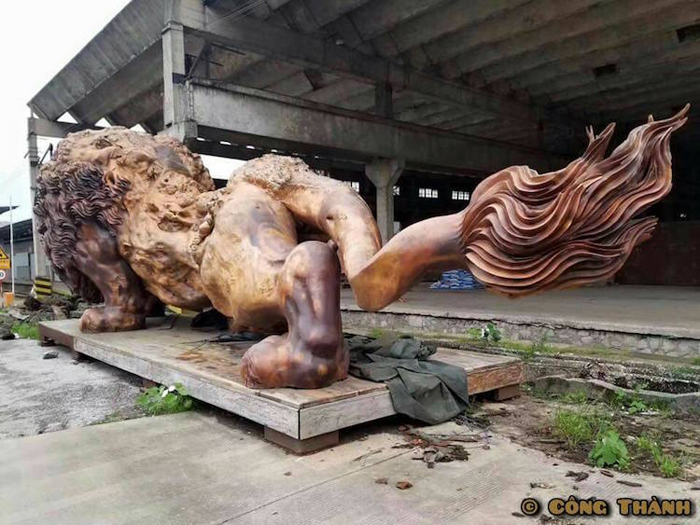 The giant lion sculpture, Oriental Lion, was carved from a massive redwood trunk 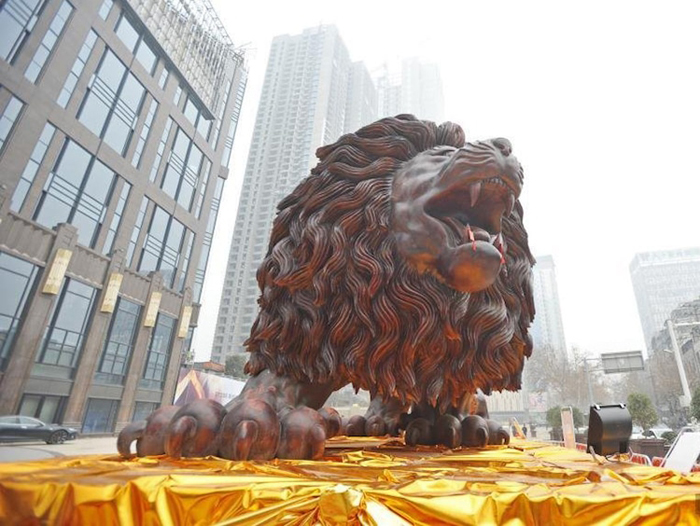 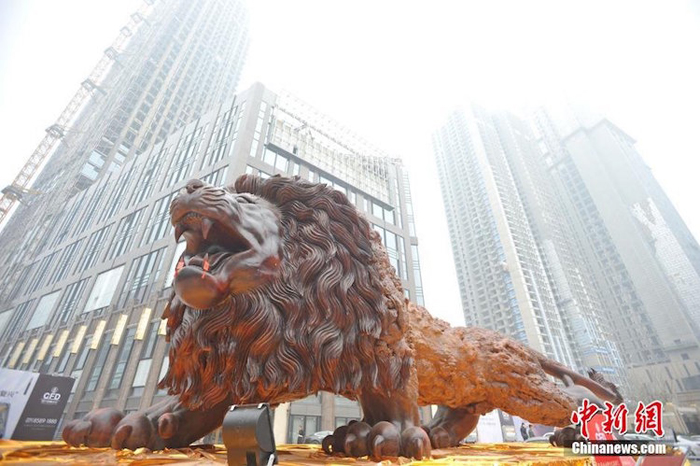