Have you ever seen a 6-feet tall dachshund dog? Probably not, and neither have we. Truth be told, we may never see a dachshund grow that tall in this lifetime. But artist Mitch Boyer is giving us the vision of what it could be like using the powers of Photoshop. Naturally dogs belonging to this breed are short-legged which makes them much shorter than other breeds. This is why it makes it all the better.

Mitch Boyer, a freelance photographer from Brooklyn, is working on a children’s book Vivan the Dog Moves to the Big City. As you might have guessed, the main character of the book is none other than his beloved miniature canine.

Vivan the Dog Moves to the Big City tells the story of a 6-foot dachshund’s life in the big city of Brooklyn. Together with her owner, Vivian has to move from Albuquerque to Brooklyn to start a new life. According to Boyer, the story is also a depiction of their real life. Before settling in Brooklyn, they’ve already moved between 4 states, 5 cities and 10 different residences for 5 years. 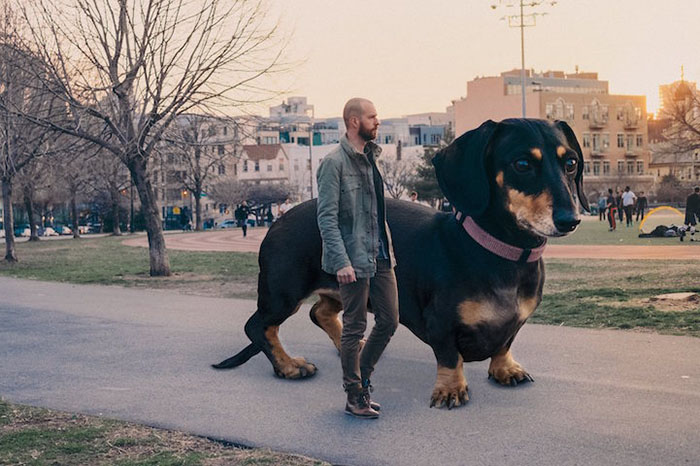 Boyer recalls the struggles that he and his pet have to undertake due to frequent re-locations. Moving from one state to another is a common experience among families in the US. In fact, approximately 5.5 million children are suffering from the stress of moving from one place to another. This issue inspires Boyer to create an adorable character who these children can relate to. And he doesn’t need to look any further because his cute pet perfectly fits the requirement. 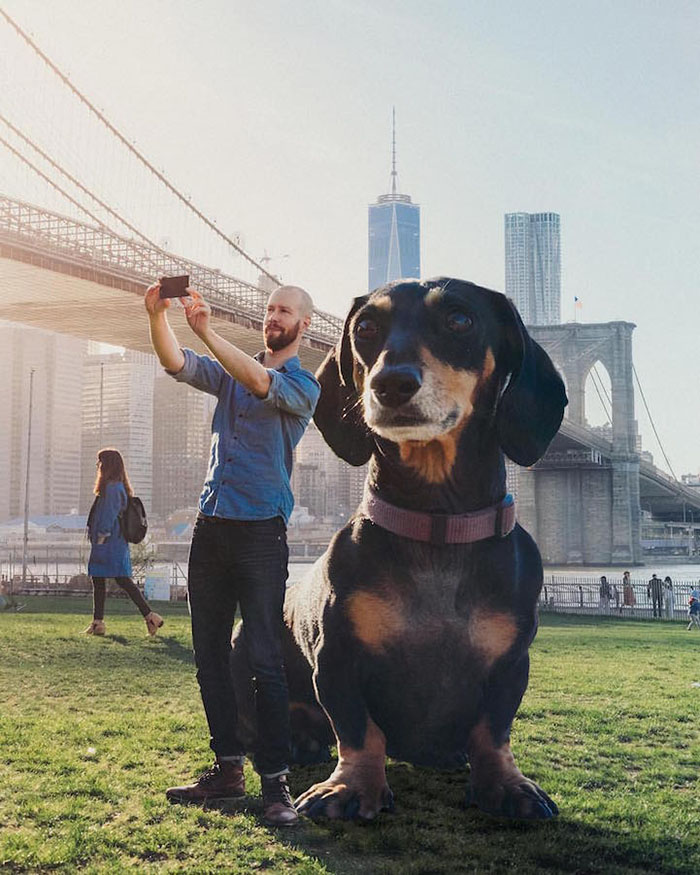 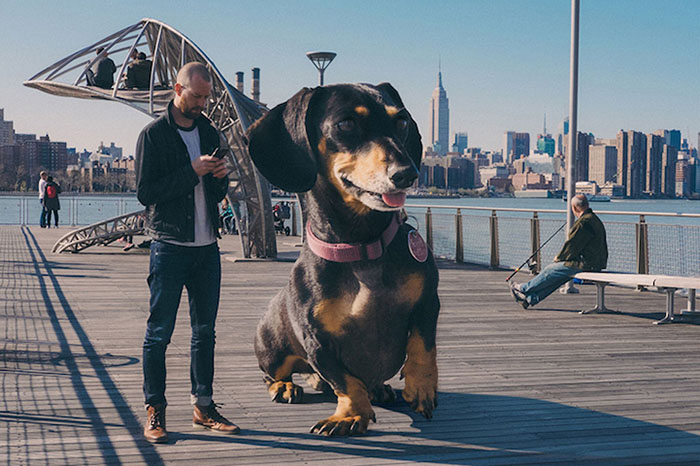 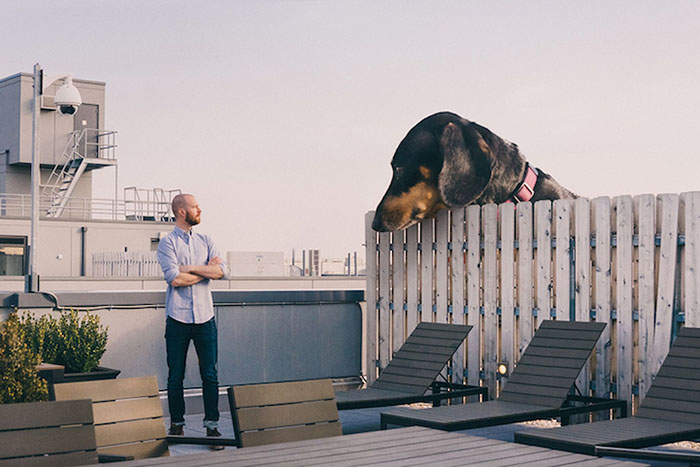 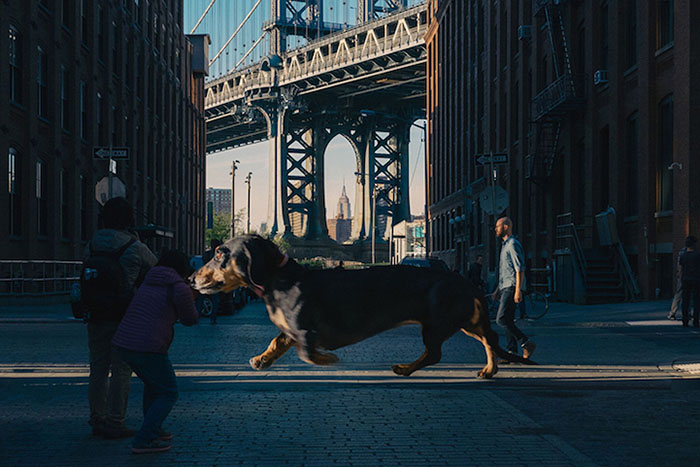 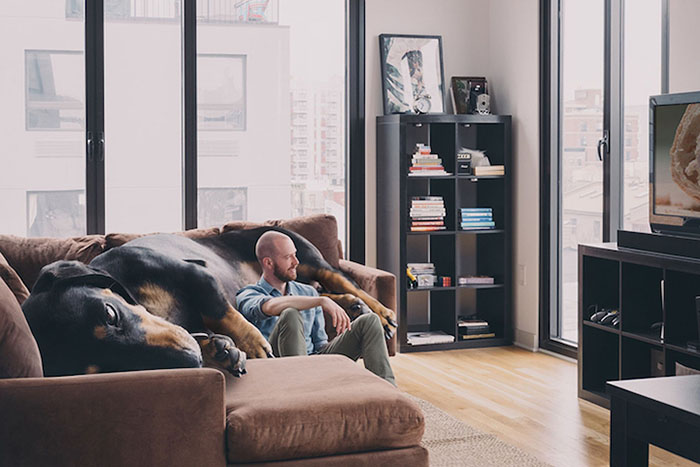 Vivan the Dog Moves to the Big City

The book follows the story of a giant dog that just moved in from New Mexico together with her owner. Due to her insanely enormous size, she can’t even fit into her new living room. Much to her dismay, she feels that she doesn’t belong to the place because she’s the only giant dachshund around. Apparently, Vivian misses her life in Albuquerque. So, she decides to go back and return to Albuquerque alone.

But did she return to Albuquerque successfully? You’ll have to buy the book to see what happens to Vivian after that. In order to give children a more realistic impression of the character, Boyer applies photography and Photoshop for the photo-illustration. Boyer hopes that his 32-page book can ease the burden of children who are having difficult times with frequent re-locations. 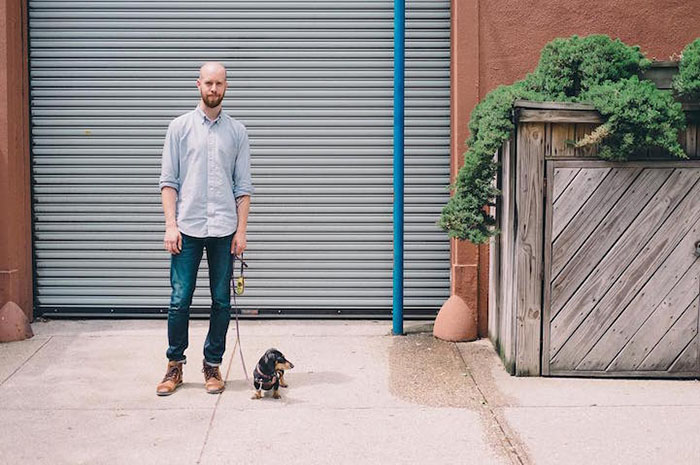 The project received financial supports from several backers and the book was finally published in 2018.
You can get your copy here.