Memories of war are the most heart-breaking and most traumatic of all memories. Surviving American veterans from World War II lived to tell the horrifying tale of the infamous global war. With an estimated death toll of around 85 million, it was indeed the deadliest military conflict in history. The United States alone had a total death toll of 419,000, most of which are military casualties. Out of the 16 million Americans who fought during the war, only 496,777 of them are still alive as of September 2018. Each of the surviving American veterans has their own dreadful recollections of the devastating war. One of these is Victor Lundy, an American architect who is now 96 years old. Through his eight sketchbooks, the American veteran recounts his experience about the destructive war. 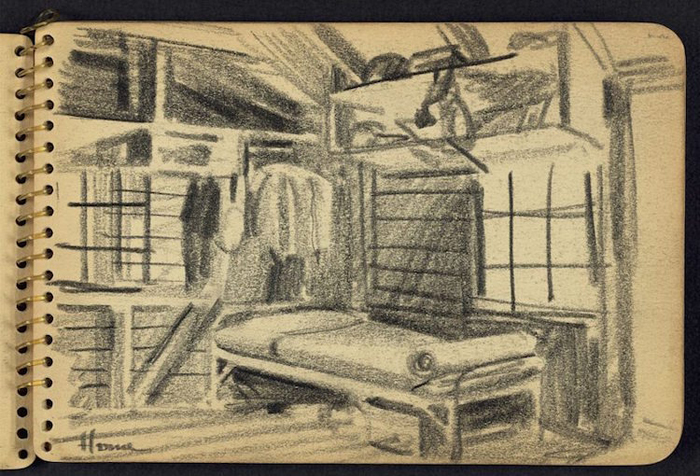 Lundy was 21 years old when he served in the US 26th Infantry Division. He was studying architecture in New York City in 1942 when he decided to enroll in the Army Special Training Program. However in 1944, the Army required reinforcements to execute the D-Day invasion. This is when Lundy and other trainees were thrown into the front line infantry stationed in France. In the front line, the 21-year-old soldier witnessed firsthand the gruesome effect of the deadly war. With his pen and pocket-sized sketchbooks, Lundy was able to capture various scenery of the battlefield. Despite the ongoing war, the young soldier managed to document his life through his series of sketches.

From May and November 1944, Lundy sketched his military experience starting from his training in Fort Jackson up to the battlefield. Although some of his sketches showed the horrendous side of the war, there are also pieces that reveal how his fellow soldiers spent their free time. There’s a sketch showing one of his friends relaxing on a hammock and another showing a group of soldiers playing a dice game. You can almost feel the artist’s longing for home through some of his drawings. 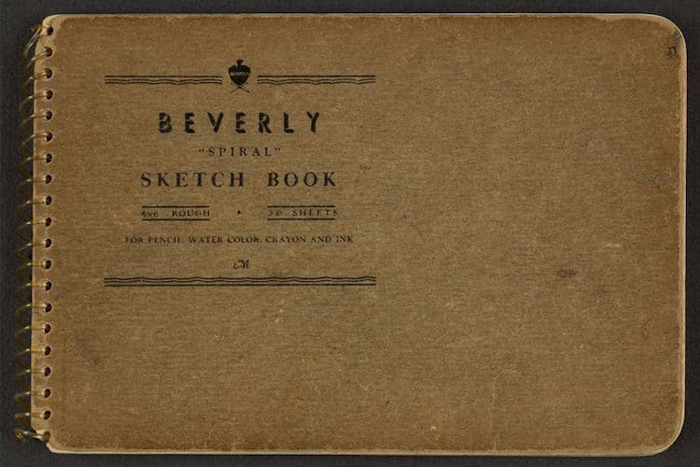 “And you know, we were far from even thinking of combat. They didn’t tell us. We didn’t know what was going to happen, once we landed. …—you know, the day it happens they tell you.”

“I remember getting on the deck and here were these guys, and that’s just what they were saying, Son of a bitch!”

When he returned home after the war, he pursued his architectural degree at the Harvard University Graduate School of Design. And in 1954, ten years after the D-Day, he opened an architectural firm in Sarasota, Florida. After becoming a famous and successful architect, Lundy still have the memories of World War II to look back on.  In order to share his story about the war, he decided to donate his eight sketchbooks to the Library of Congress in 2009. The sketchbooks will only be served by appointment only. So you may need to request for an appointment if you wish to view them personally. In 2010, digital images of the sketches were produced and made available on Prints and Photographs Online Catalog. This is to allow users to view and download the images online.