World-leading Japanese digital art collective teamLab, the group of creatives behind the world’s first digital art museum, continues to mesmerize the whole world with its newest installation. The Megaliths in the Bath House Ruins features a group of cuboid megaliths that seems to emerge from the grounds of an abandoned Japanese bath house. This new art installation is a part of a project called A Forest Where Gods Live. The project aims to give life to the 500,000-square-meter Mifuneyama Rakuen Park particularly at nighttime by setting up technology-driven installations. One of which is the assemblage of tall megaliths on the park’s deserted bath house. 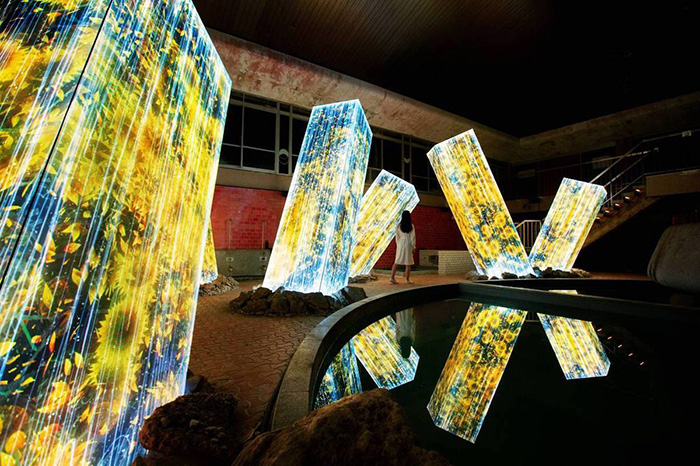 The park itself dates back from the late Edo Period (around 1845). It was initially created as a villa for the feudal lord Shigeyoshi Nabeshima. But the bath house was actually built in the modern times.  Unfortunately, the bath house was abandoned after just a short period, leaving that part of the park defunct and desolated. The teamLab decided to give the bath house a new life by installing rock structures that will serve as canvasses for an immersive nature art projections. 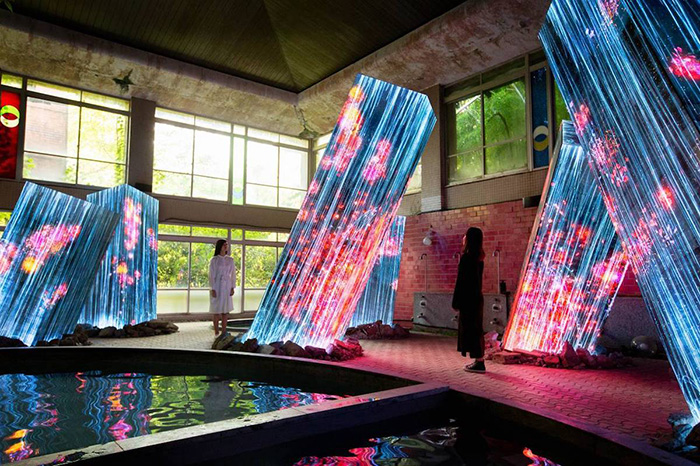 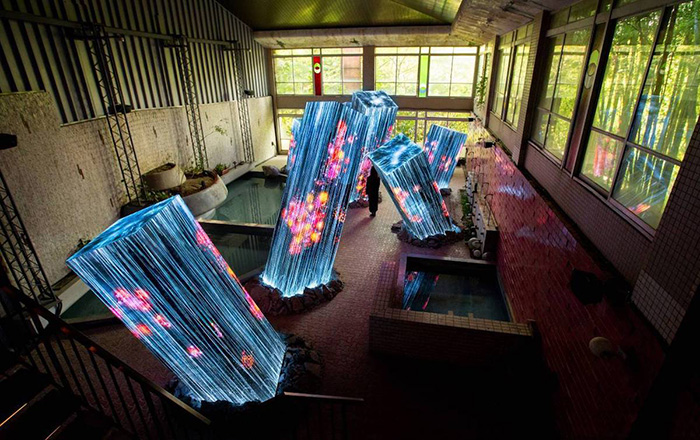 Installed all throughout the decrepit bath house, the megaliths stand side by side each other pointing in different directions. The art projections move between the megaliths in which space-times are connected and influence each other. Moreover, the Megaliths in the Bath House Ruins are grouped into two artwork spaces – Flowers and People, and Universe of Water Particles. 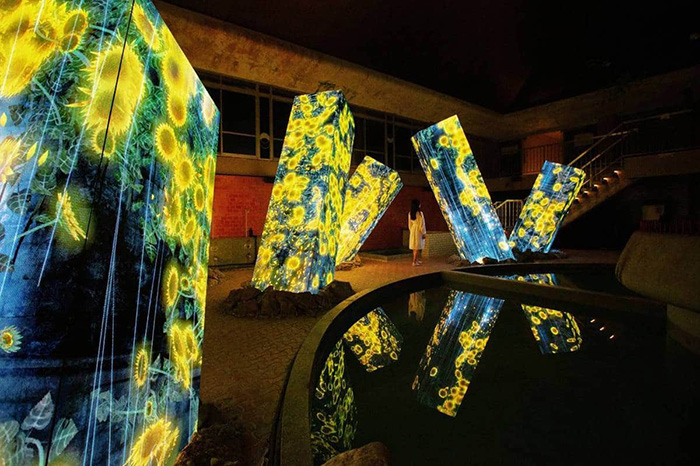 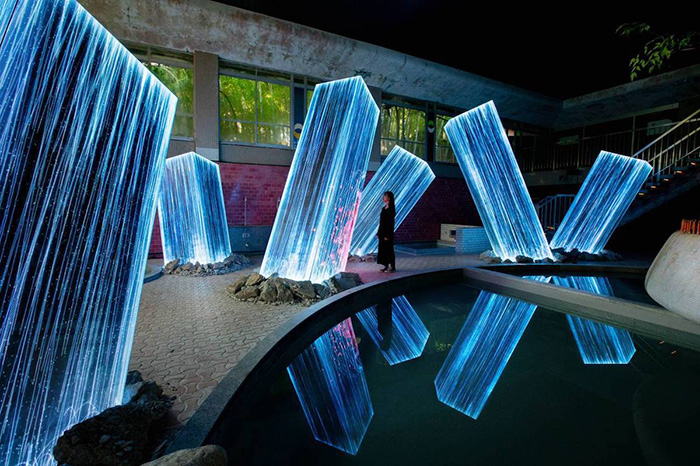 In the Flowers and People space, the megaliths display a year’s worth of seasonal flower blossoms in a span of one hour. Viewers can watch as the flowers bud, grow, and blossom before they start to wither and fade away. If a visitor stays still near the projection, the flowers appear to bloom more abundantly. In another area, the Universe of Water Particles feature multiple waterfalls cascading down the megaliths like a shower of lights. When a visitor comes near the artwork, the flow of the water changes. Needless to say, the projections directly interact with the movement of the people. Furthermore, the artwork spaces also influence each other. For example, the water in the Universe of Water Particles causes the flowers in the Flowers and People to disperse. 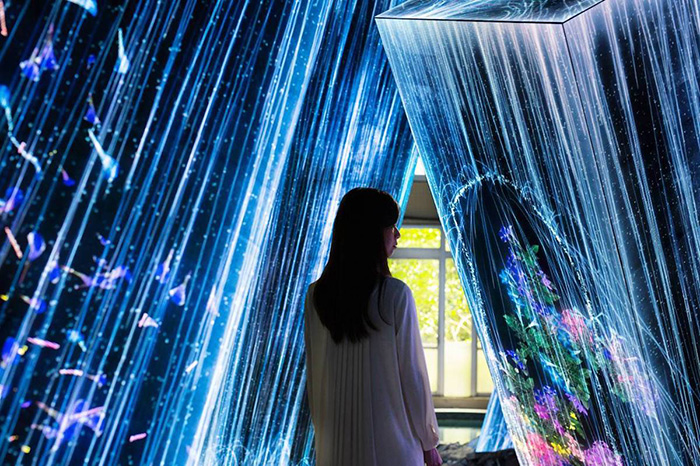 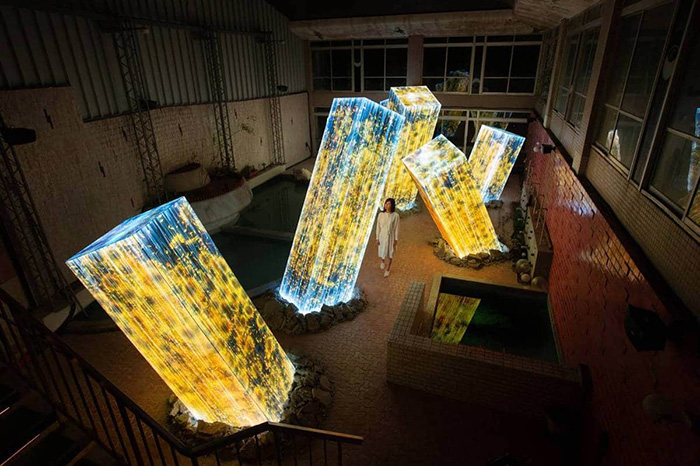 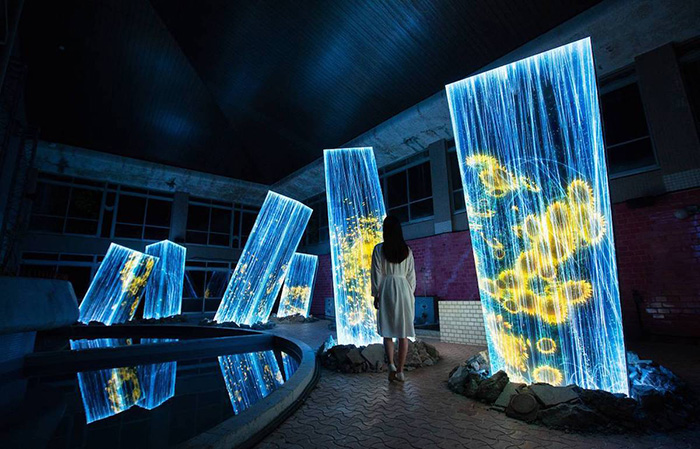 The Megaliths in the Bath House Ruins is open to the public until November 4, 2019. You can find the bath house inside the Mifuneyama Rakuen Park located in Takeo, Saga Prefecture on the island of Kyushu, Japan. 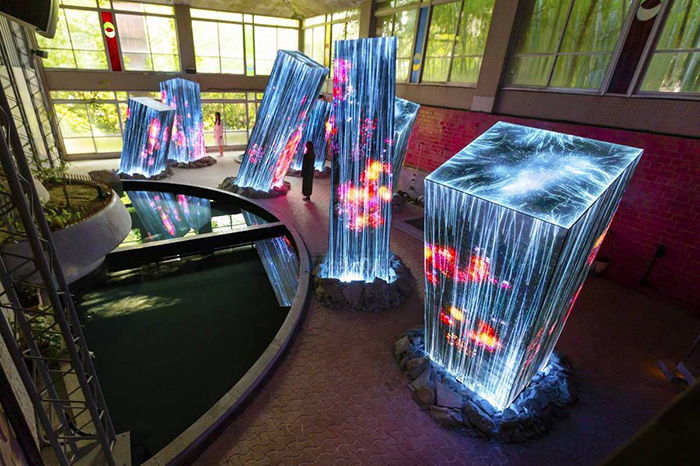 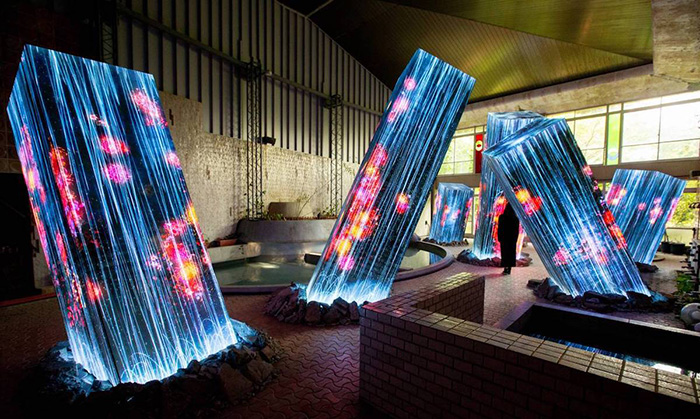 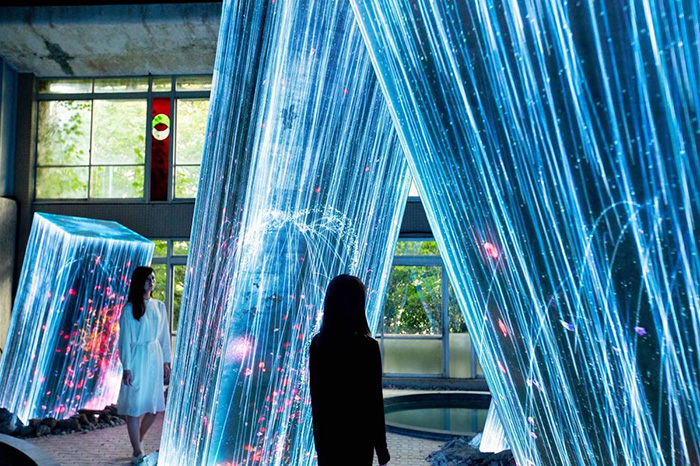 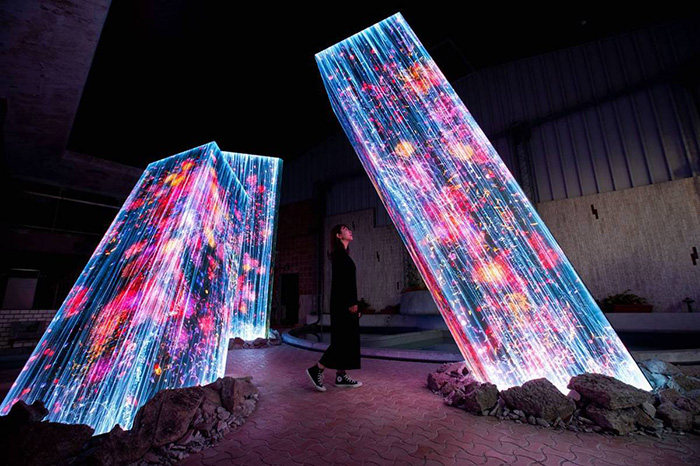 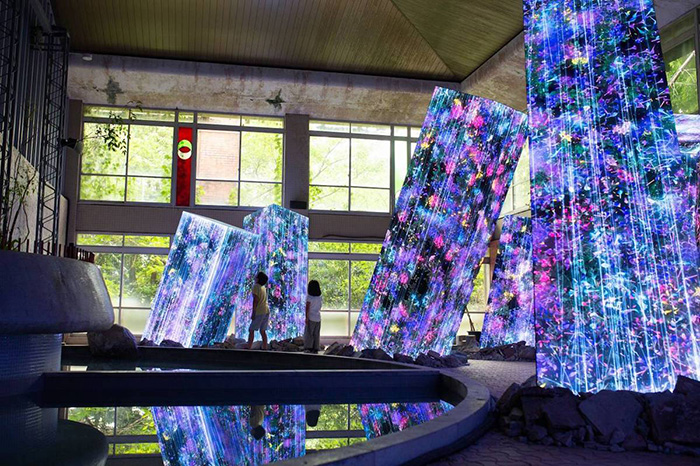 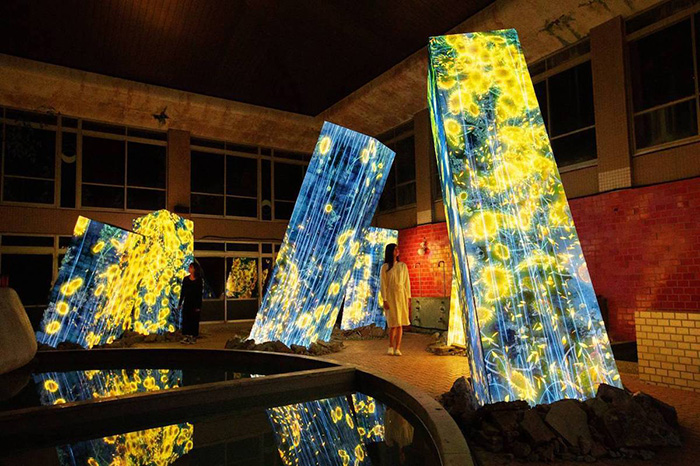