Sad but true, our society has strong ideas regarding gender roles including how women should behave and present themselves. Despite the fight for gender equality in modern society, women around the world are still restricted by gender stereotypes. So, to bring attention to some of the issues women face, a woman from Mumbai, India decided to start a ‘Tell me you’re a woman without telling me you’re a woman’ Twitter thread.

Twitter user Gayatri started the thread as a way to let other women share some of their gender-associated experiences. With her tweet that read ‘Tell me you’re a woman without telling me you’re a woman’, she aimed to expose the challenges and prejudices most women face in everyday life. To set the tone, Gayatri decided to go first by sharing her own challenges as a woman and since the post has been overwhelmed by responses.

Even in this modern day, women are still facing issues. Furthermore, many countries still stick to the traditional ideas and roles that women should fulfill in the different cultures. Women around the globe are still facing gender discrimination in the workplace, domestic violence, harassment, rape and economic inequality. Although several countries and states are promoting gender equality and women’s empowerment, the eradication of these issues is still far from over.

So, we’ve picked out some of the best responses from the viral Twitter thread that every girl can relate to. Read on and see if you have experienced any of these and you can also share your own experiences in the comment section below. With all that said let’s take a look at what more women had to say. 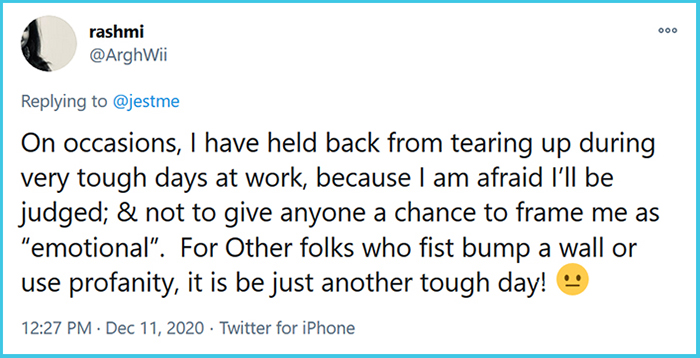 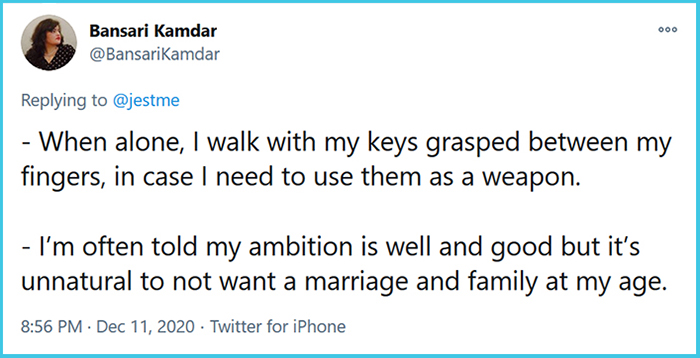 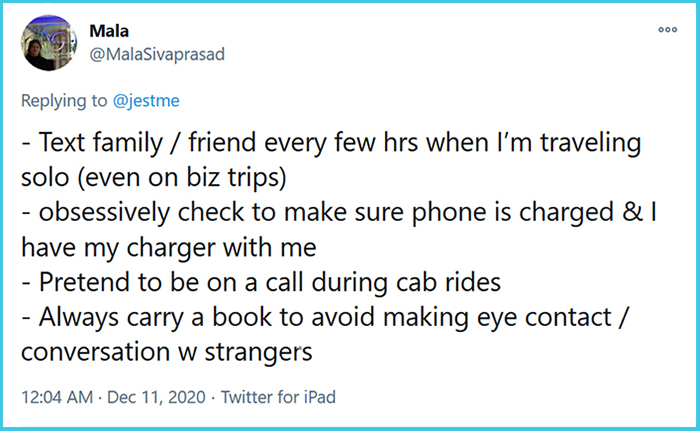 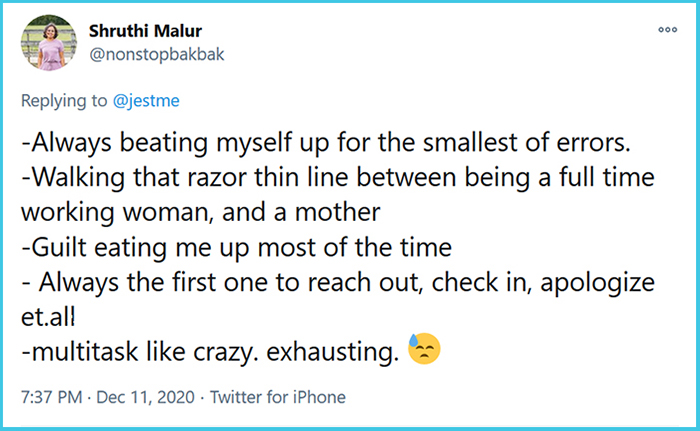