Every year, thousands of tourists are visiting the village of Inakadate in Aomori Prefecture, Japan. People from different parts of the world would fly to Japan to see the magnificent Tanbo Art event in Inakadate. This annual event is held from June until October and is considered the village’s main tourist attraction. But what exactly is Tanbo Art? Tanbo is a Japanese term for a rice field. Every year when the rice crops start flowering, the biggest rice fields in the village transform into magnificent canvasses. As the crops bloom, intricate drawings also appear on the vast rice fields much to the amazement of the tourists. Inakadate is best-known for its rice paddy art and is the only place on Earth to exhibit this form of art. 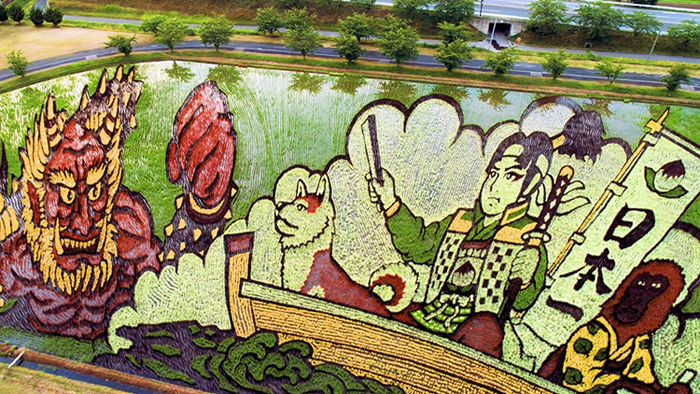 Rice paddy art started in 1993 when the farmers illustrated Mt. Iwaki using purple and yellow rice plants. This is a part of their effort to bring more tourists to the village. At first, only few visitors came to see the rice paddy art depicting a geometric illustration of the Japanese mountain. The villagers realized that it would take more than just a simple illustration to draw in more visitors. So, they came up with more elaborate drawings and included more colors for a more vibrant result. There was a huge improvement on the arts since then. But they got the biggest breakthrough in 2003 when they decided to draw the Mona Lisa on the rice paddy. The project was a bit ambitious and some villagers were unsure about illustrating a non-Japanese figure. At the end, the Mona Lisa plan was carried out and the result has received mixed reactions.

Some people appreciated the rice paddy art replica while others claimed that the perspective was off. Nonetheless, the village is quickly gaining the interest of the world due to its controversial version of Leonardo da Vinci’s famous painting. The villagers decided to make it an annual event and agreed to focus more on Japanese figures and local folklores. 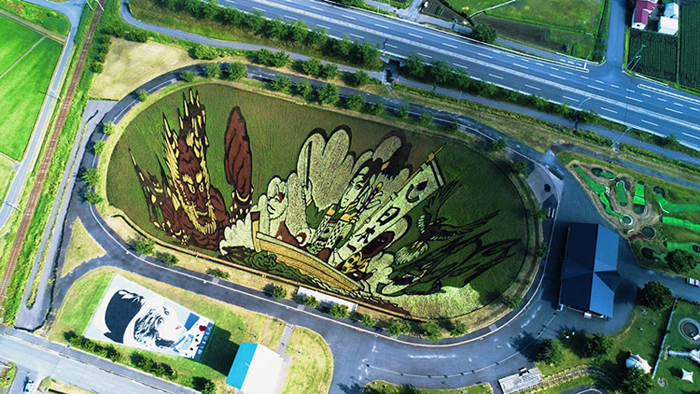 Every spring, the village holds a conference to decide on the theme of the annual Tanbo Art event. Once the theme is set, local art teachers work together with a survey company to produce digital mockups. Based from the blueprint, farmers will use markers to map out the illustration on the field.  Planting starts in late spring, allowing the rice crops to grow from May to October. By planting 12 varieties of rice plants, the field will turn into a colorful painting when the plants start growing.

Tourists are looking forward to what the rice paddy art will exhibit every year. Although the village is mostly featuring Japanese folklores, they also feature other foreign figures. These figures include Napoleon (2009), Marilyn Monroe (2013), Star Wars (2015), and Gone with the Wind (2015). But probably the most elaborate drawings that we’ve seen so far are these 2017 depictions of Momotaro and Yamata no Orochi vs Susanoo-no-Mikoto. 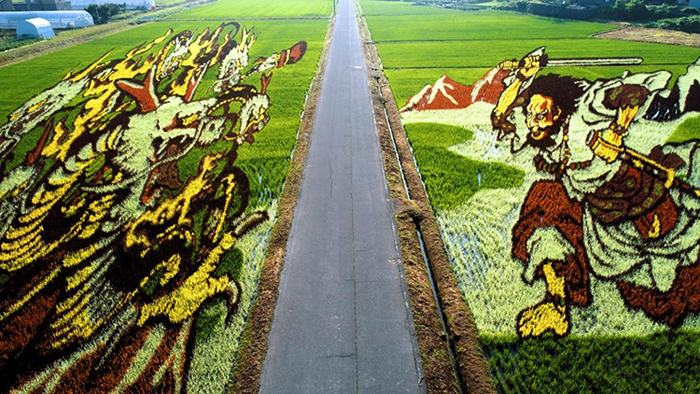 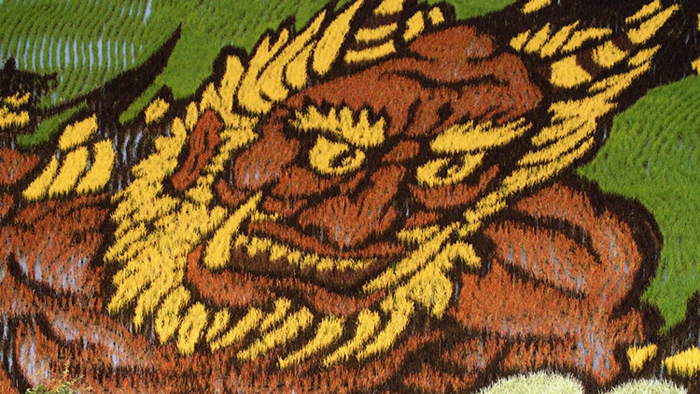