Feast your eyes on this intricate octopus. Is it a drawing or a painting? If you think so then you’re wrong. This artwork is paper art hand crafted from a single sheet of paper.

In Japan, the traditional art of cutting a single sheet of paper is known as Kirie, which means ‘cut picture’. Kirie involves cutting a single sheet of white paper to create elaborate forms. And in order to become a Kirie artist, you’ll need a steady hand and unfaltering patience. This is because paper-cutting art demands time-consuming detailing coupled with tremendous creativity to pull this off. After the cutting process, the artist then places the creation against a dark background to reveal its form.

Masayo Fukuda, a Japanese artist, is well-known for her paper-cutting creations. She has been practicing Kirie for 25 years and has been acclaimed one of the greatest Kirie artists. Her creations have been the center of amazement, not only in Japan, but also around the world. But if you’re going to ask her which among her works is her masterpiece, she reveals it’s this intricate octopus. 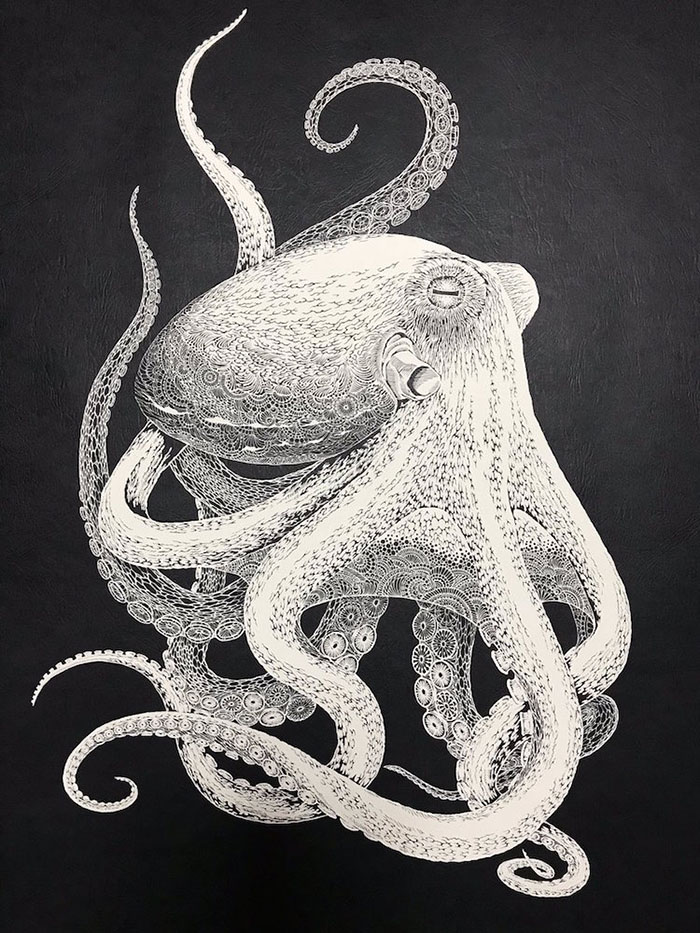 Fukuda hand-picks this intricate octopus design to be her best work of 2018 and we couldn’t agree more. One look at it and you’ll think it is a drawing on a black canvass using fine-tipped pens. It is somehow hard to believe that this image of an intricate octopus is cut from a single sheet of paper. Fukuda meticulously cut every elaborate detail to depict a realistic image of a life-sized octopus. From its bulging eyes to its rounded body and eight long limbs, every part should be elaborate. To achieve the appearance of patterned laces, she applied various textured sections for the arm suckers and swirling patterns on the head. And the result is a stunning paper art creation that doesn’t seem like it’s made out of paper at all. 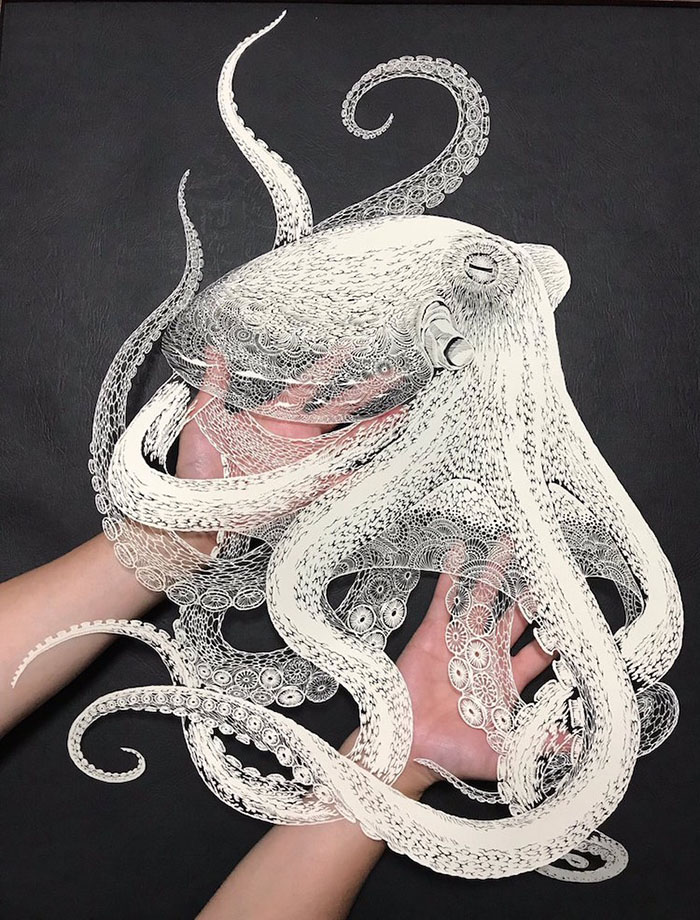 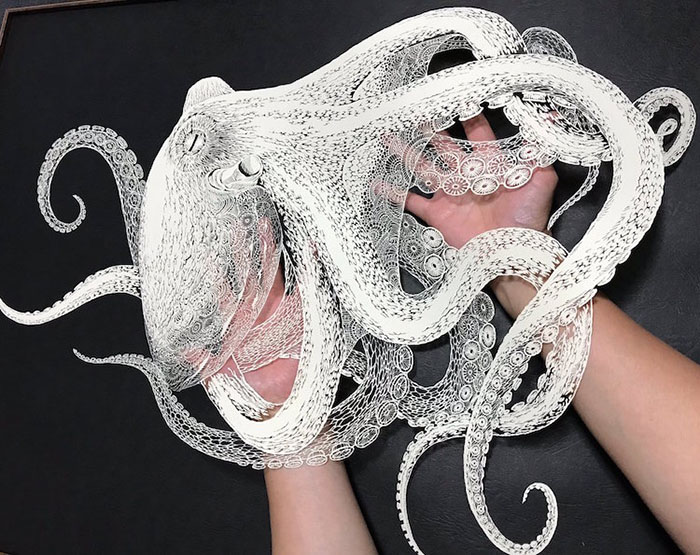 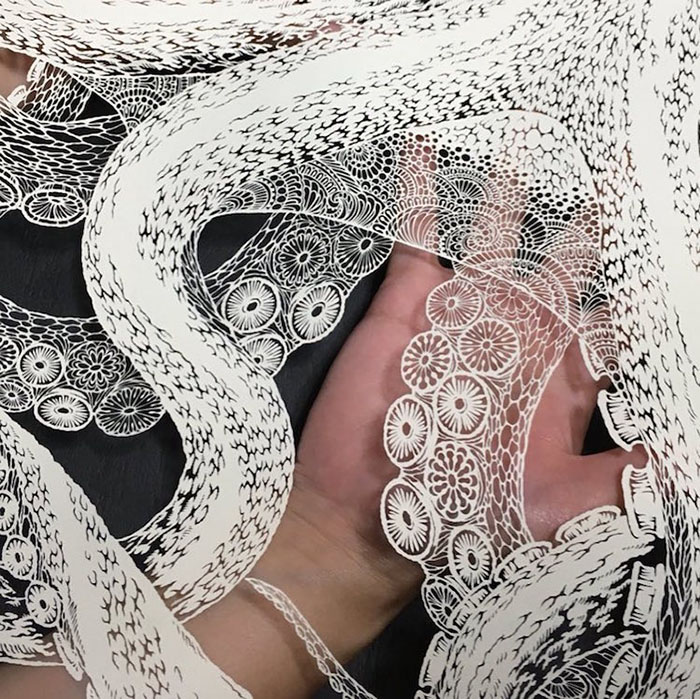 Get the chance to see Fukuda’s amazing works up close by visiting Miraie Gallery in Osaka, Japan. Her intricate Kirie masterpieces will be going on exhibit from April 24 to April 30 this year. So, don’t forget to see these masterpieces for yourself if you have the chance. But if you can’t make it to Japan, you can still see Fukuda’s paper creations on her Instagram page.