It’s looking dark and cloudy outside and it really looks like it’s going to rain. So, should you cancel all your outing plans for today or should you take a leap in the dark and proceed anyway? If only you had this storm cloud weather predictor that can tell you if it’s going to rain or not. And now you’re probably wondering why you haven’t already got this convenient and functional weather predicting instrument.

With this decorative weather predictor, you’ll never get caught in the rain again because it will tell you right before it happens. Does it sound like magic? Not really. This instrument is actually based on a classic device called ‘storm glass’ which was popularized by Admiral Robert FitzRoy. During his voyage with Charles Darwin aboard the HMS Beagle in 1831, FitzRoy claimed that the device helped him forecast the weather with accuracy. Despite FitzRoy’s endorsement, storm glasses fell out of favor when cheaper mercury barometers were introduced in the 19th century. This explains why many people do not even know that this instrument ever existed. 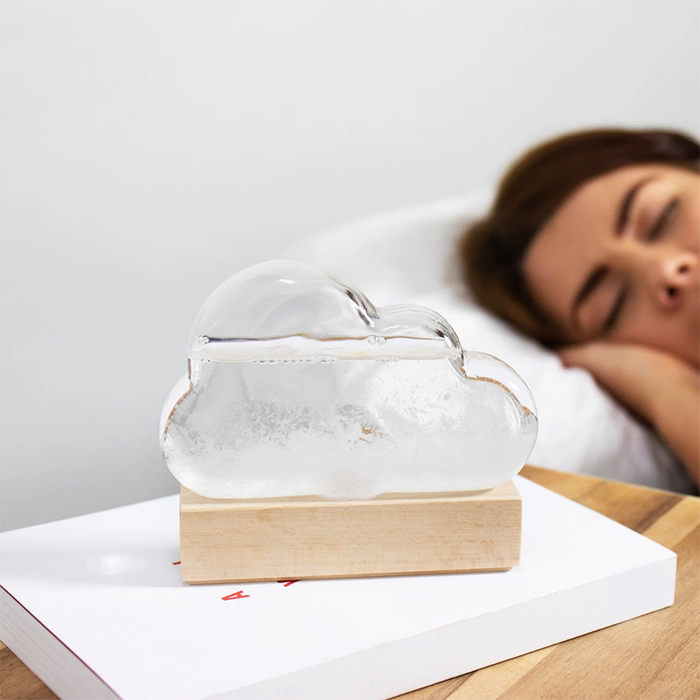 Well, guess what? Storm glasses are recently resurging. However, they are now considered a decorative piece rather than a weather predicting device. But how does this instrument foretell the weather? Is FitzRoy’s claim about this device true or not? Well, let science do the talking. The liquid inside the clear glass is a mixture of ethanol, distilled water, potassium nitrate, ammonium chloride and camphor. This special mixture has the property to respond to the changes in atmosphere through crystallization. 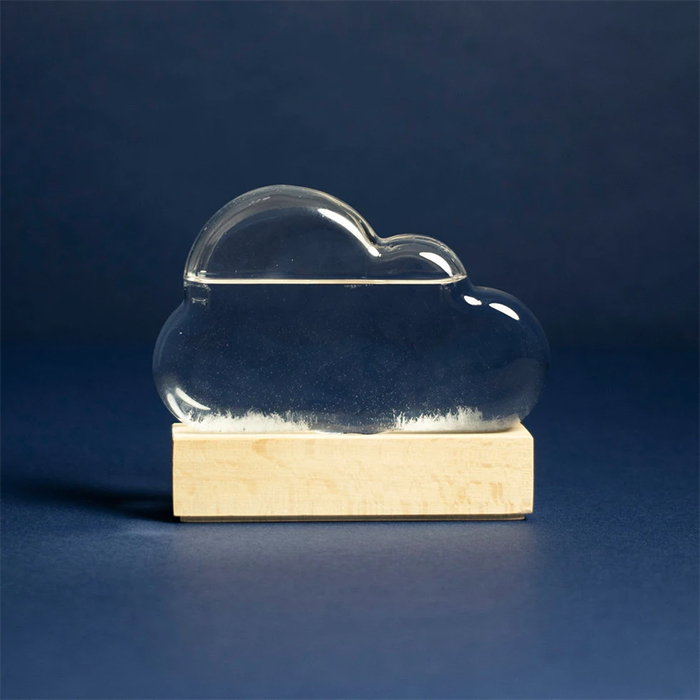 That’s exactly the concept behind this weather predictor. Inside the transparent cloud-shaped glass is the special liquid that crystallizes in different patterns in accordance to the changes in the surrounding barometric pressure. If you see clear liquid, it denotes clear weather. Cloudy liquid means cloudy weather with chances of precipitation. Small dots in the liquid indicates a high chance of rain. Crystals forming at the lower corner of the glass means windy weather. Large flakes floating on top indicates stormy weather. 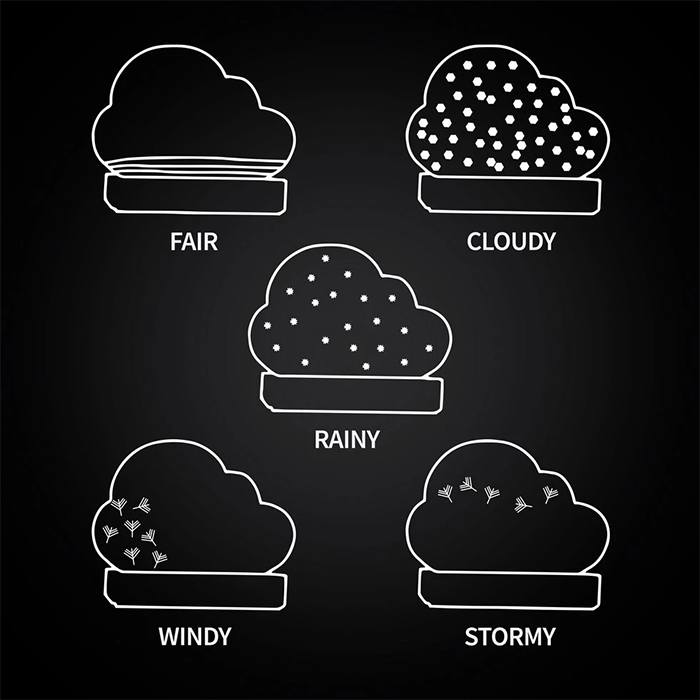 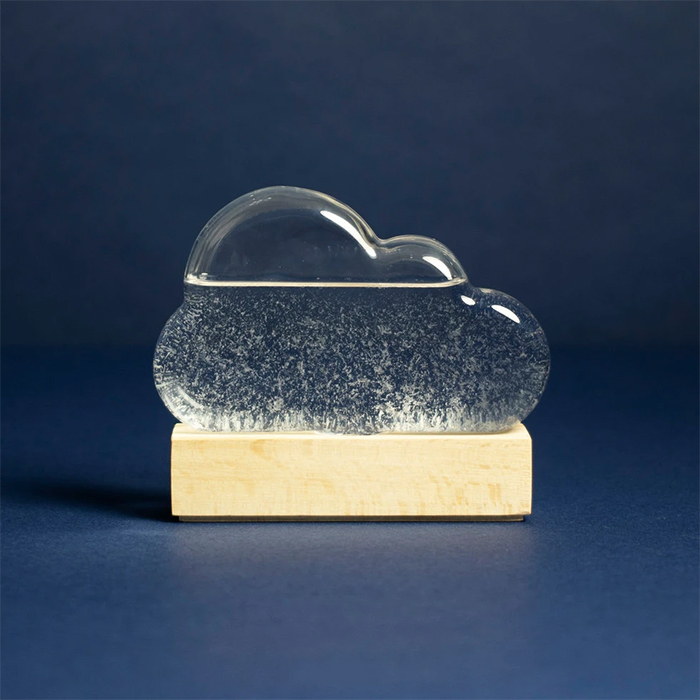 This weather predictor comes in the form of a neat cloud-shaped glass on a wooden base. Even when you’re doubtful about its predicting ability, its chic design will surely make an interesting conversation piece. To get this beautiful instrument yield accurate results, place it on a level surface. Keep it away from direct sunlight, heat sources and cooling vents. Allow the device to acclimatize for a week to let the liquid settle to its current atmosphere. During this time, avoid picking it up and shaking it as this will disturb the acclimatization. Once the liquid turns clear, it is ready to go.