December is finally here! Seasonal products have been rolling in since November but now the holiday hullabaloo has fully begun. On November 7th, Christmas-inspired sips like the Peppermint Mocha and the Eggnog Latte have been made available on the Starbucks’ seasonal drinks menu. However, on December 3rd, a new Starbucks’ holiday cold brew joined the lineup. And its certainly generated a lot of buzz!

Regulars of the coffee chain are raving about the surprising Irish Cream Cold Brew’s subtle festive flavors. At first glance, you might think that it’s not really a special drink made for the season. It doesn’t bear any holiday garnishes like most seasonal sips do. Nevertheless, its flavor will definitely have you thinking of those moments where you sat in front of the Christmas tree. 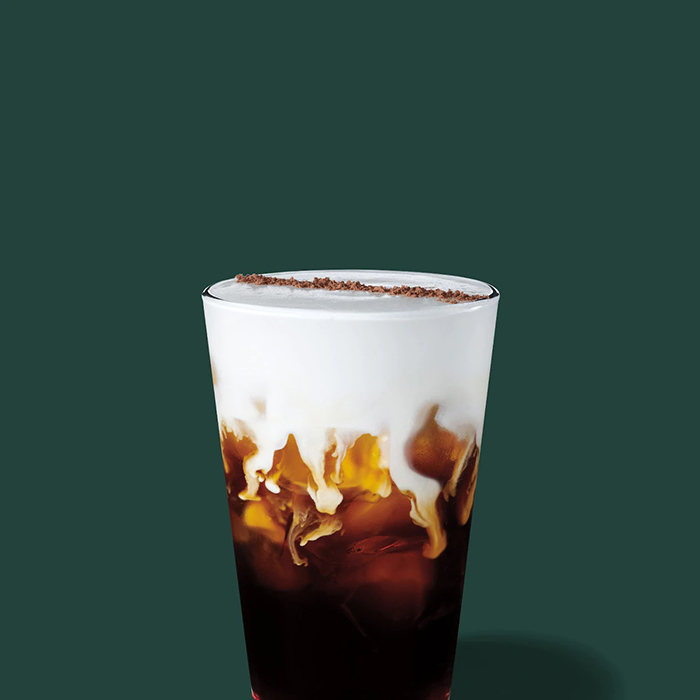 December has officially arrived and Christmas is just around the corner!We are incredibly excited this week as we launch a new holiday beverage AND welcome our new manager!! It’s going to be an incredible holiday season and we cannot wait to share it with all of you. So, you may be thinking, what’s the new beverage? Drumroll please! We know you’re absolutely going to love the new Irish Cream Cold Brew! Available in Starbucks cafes beginning on December 3rd, this beverage features our delicious Cold Brew coffee sweetened with Irish Cream Syrup, topped with Vanilla Sweet Cream Cold Foam and lightly dusted with a sprinkling of cocoa powder. Stop by Sam Ridley Starbucks tomorrow to try latest addition to our holiday beverage lineup. A big thank you to @malinom1 for modeling our new beverage! • • • ?: @annasmith1113 #sipsiphooray #holidaysarecoming #irishcreamcoldbrew #smyrnastarbucks #d3008 #holidaysatstarbucks #tobeapartner #starbuckspartners #smyrnastarbucks #christmasiscoming #merrycoffee #redcupseason

Typically, we move towards the hot drinks when the winter blows in. It’s a no brainer. So you might be scowling and wondering, ‘Why introduce a new cold drink in winter?’. Starbucks’ motivation is pretty simple, really. According to them, cold coffee continues to be a hot trend, and its cold beverage lineup makes up more than half of U.S. beverage sales.

Besides, this new holiday cold brew tastes exactly like Baileys Irish Cream without the boozy aftertaste. If you’ve ever fantasized about showing up at work with Irish coffee, this is the closest and safest version that you’re ever going to get.

It’s what you sip that counts

“It pairs so well with cold brew because of the chocolate flavor in the Irish cream and the cocoa notes from the coffee,” Erin Marinan, a product developer for Starbucks, said in a company blog post. “I think about that customer who’s in the middle of work or shopping and this will help get them into the holiday spirit for the rest of the day.”

Starbucks’ new cold brew has Irish cream syrup mixed in, then it’s topped with vanilla sweet-cream foam and dusted off with cocoa powder. Those who’ve sampled the Christmas version of the iced coffee drink said that it “tastes like coffee. Not some sugary milkshake.”

It’s definitely kept its strong coffee flavor despite having a load of sweet elements added to it. Furthermore, the Irish cream syrup has a nice scent that’s not too overpowering for the senses. It’s flavors contrast well. The cloud of foam is creamy and subtly sweet, meanwhile the coffee is smooth and bitter.

Have a holiday happy hour

What’s better than coffee ?? Buying one and getting another for FREE!!! Starts at 2pm today so stop by @lenwoodcafe for your afternoon boost #lenwoodcafe #lenwood #barstow #barstowoutlets #vegasbound #highdesert #coffeelover #starbucks #starbuckshappyhour #starbucksirishcreamcoldbrew

We’re more than happy to indulge on this special sip every day until it gets plucked off the menu. But in the spirit of sharing, Starbucks is offering a buy-one-get-one-free deal on all handcrafted beverages, grande or larger, including the Irish Cream Cold Brew and their other festive drinks.

All you have to do to get this deal is to order in advance using the Starbucks app. The offer will automatically be loaded for Starbucks Rewards members. Two Starbucks drinks for the price of one? If that doesn’t put you in the holiday mood then we don’t know what will!