We’re definitely not having the best year so it would be nice if we could escape reality for a while. Now how about going to Bikini Bottom to live with Spongebob and his friends? Well, every bite of these Spongebob Pop-Tarts will make you feel closer to Bikini Bottom. Besides, that’s what we need right now – a great escape from this scary world we’re currently living in.

Catastrophic wildfires and the pandemic crisis has given 2020 a bad reputation. But not everything about the year 2020 is notoriously bad. There’s the 2020 Tokyo Olympics and the upcoming Spongebob Movie: Sponge On The Run to look forward to. Although the movie release is likely to be postponed due to the coronavirus issue, we’re still hopeful to watch the most-awaited animated film. Prior to the initial release, Kelloggs has already rolled out its new Pop-Tarts. 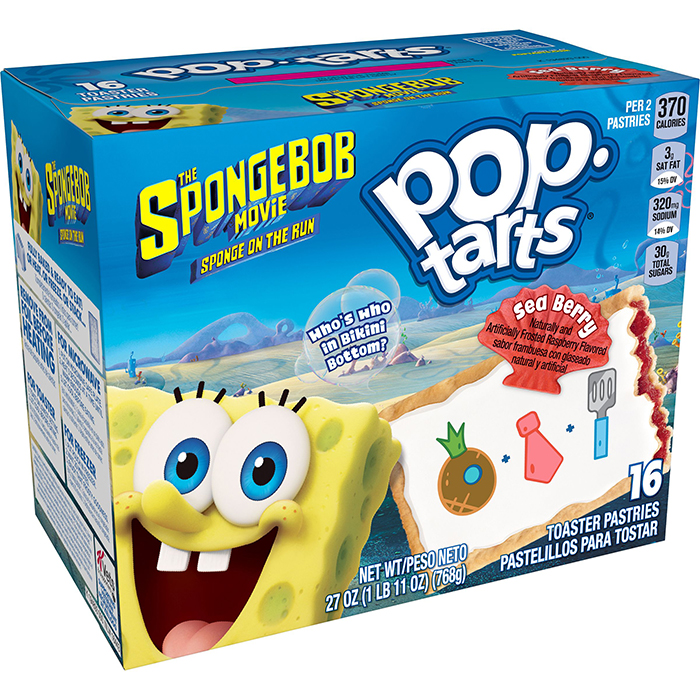 The new Pop-Tarts feature a frosted raspberry-flavored filling sealed inside two thin layers of rectangular pastry crust. Each toaster pastry is topped with white icing. But the real magic are the images printed on top of each pastry which are made with FD&C approved food coloring. You can find Bikini Bottom’s lovable residents printed in vivid colors on top of the pastries. Of course, there’s Spongebob, Patrick, Squidward, Sandy and Gary. 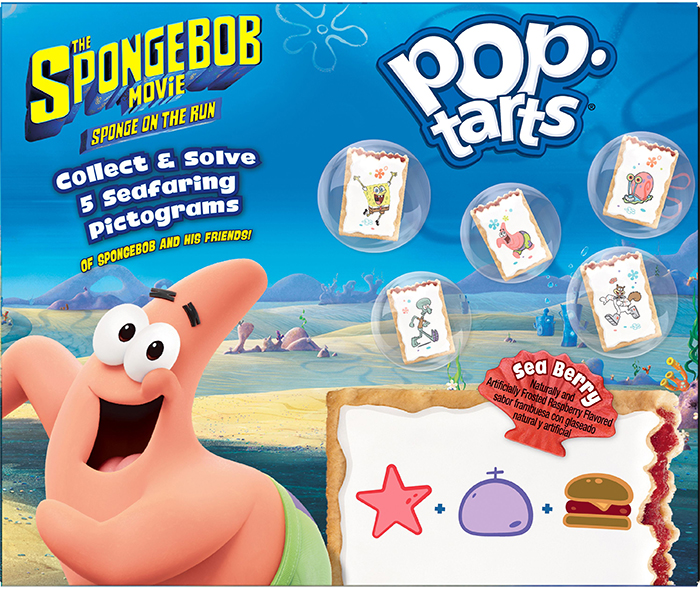 In addition to the characters, there are also images of iconic items related to each character. Spongebob, for example, has his pineapple house + his red necktie + his spatula. Patrick, on the other hand, has a pink starfish + rock house + Krabby Patty. If you want to know which items embody Squidward then you need to get yourself these Pop-Tarts and see for yourself.

It’s Review Time! ? F is for friends who do stuff together, U is for you and me, N is for anywhere and anytime at all, Down here in the deep blue seaaaa! Well you can now add another letter to that song because P is for Poptarts! @kelloggsus has teamed up for a second time with @spongebob to bring us the second new collaboration item! I present, Spongebob Sea Berry Poptarts! • • Now I am absolutely LOVING all these Spongebob Sponge On the Run movie snack tie-ins and while I was strolling through the empty aisle of my local disaster stricken @walmart I noticed these new Poptarts and freaked out and grabbed the only box! Now I looked and these are on the Walmart app so check and see if these are in stock at your local store before you head out to check! Now I absolutely love the artwork for these! It has the new animated Spongebob in the lower right hand corner smiling with the Bikini Bottom scenery behind him, and then a pink shell letting you know the flavor of poptart is “Sea Berry” which is a Raspberry filling! Yum! There is also a bubble with writing inside that says, “Who is in Bikini Bottom?” So there are 5 different character Poptart designs which consist of Spongebob, Sandy, Squidward, Patrick, and Gary! Now along with the 5 character Poptarts there are 5 riddle Poptarts! An example of one is for Patricks it is a picture of a starfish plus a picture of Patricks rock house plus a Krabby Patty, so you know that riddle Poptart belongs to Patrick. It’s pretty cute little game! Now for the taste, as I stated the SeaBerry is a Raspberry and I LOVE it! They did a great job with this flavor, its super sweet but yet has that subtle sourness that you love in a raspberry! Overall I love these Poptarts! Theres no sign of being limited edition but I suggest grabbing them sooner rather than later! 8.5/10 ?

Lucky shoppers have spotted these yummy goodies at Walmart stores. This limited edition offering comes in a 27 oz box containing 16 toaster pastries. These fully-baked pastries are ready to eat straight out of their packaging. You can also put them in the toaster or microwave if you prefer to eat them warm. Just make sure to remove the foil before heating. Or you can put the pouches in the freezer and allow it to cool for 20 minutes for that frosty goodness.

I stocked up last night, not out of panic but rather I felt like I needed to get some essentials before the panic buyers cleared the shelves…so obviously the essentials include these Spongebob poptarts…kids werent even with me asking for stuff, I had to get them for myself? Day 18/31 #dontpanic #wewillgetthroughthis #cov?d19 #spongebobpoptarts

I’m back! Looks like I missed a lot and it has nothing to do with new snacks and food items! Look what I found though! Not sure I’ve seen any posts about these so maybe I’m one of the firsts? Anyways, I always love when Pop Tarts does a movie promo! Alright y’all stay safe out there while I take a few risks and grab some of the newer food items to share with y’all! #poptarts #spongebob #spongebobsquarepants #spongebobmovie #sponge #ontherun #spongeontherun #sea #berry #seaberry #redraspberry #raspberry