A barn that looks like it comes straight out of a fairy tale. That’s exactly how we describe this impressive barn in Valldal, Norway. What we’re looking at is not a fictional illusion but rather an actual work of amateur engineering. The barn itself has been standing there since 1885. But one farmer decided to turn it into a magnificent attraction by building a spiral ramp out from the hayloft. Due to this unique construction, the barn was featured in 2014 Norges Laver, a book about Norwegian barns. And it has become so popular since then.

Lars Petter Olsen Valldal spent seven years to complete the spiral ramp. Aside from being a farmer, Olsen Valldal also loves to design. He was able to put his designing skills to use when he decided to customize his barn. He built the grassy ramp by transporting rocks from a nearby hill. Large rocks were transported by a custom-built sled while smaller pieces were manually transported by sliding them on cowhide. For accessibility, he built an archway near the barn to allow other farmers to come in and out the property. 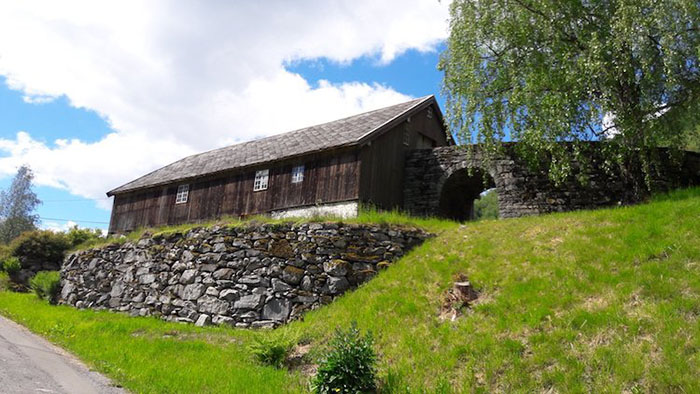 The stunning spiral ramp is just one of Olsen’s exceptional creations. He is also a brilliant inventor who has a knack for designing and constructing useful devices. The crane device which he used to lift heavy rocks into place was also his invention. His passion for designs and inventions overpowered his love for farming. So, while he enjoys improving his inventions, his wife has to do most of the agricultural work. But he also makes sure that he was able to apply his creativity to help increase his farm’s productivity. In addition to the spiral ramp, he also designed a ditch system around his farm to facilitate irrigation. And he built a machine that can mechanically distribute manure throughout the fields. 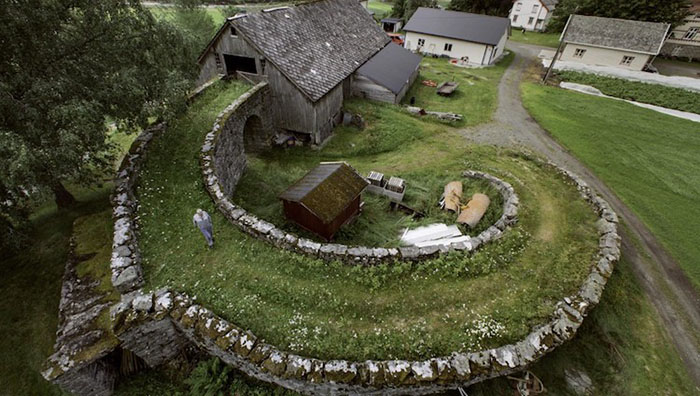