Dubbed as the world’s smallest portable record player, the Soundwagon Record Runner is here! This can play your favorite vinyl records and bring the nostalgia to. Vinyl records were first introduced in 1930 and continued to grow in popularity until the early 1960s. The emergence of cassettes in 1962 and the introduction of CDs in 1974 led to the decline of vinyl records. In 1989, vinyl record manufacturers ceased its production. After decades of mp3 format dominance, vinyl miraculously saw a resurgence in the late 2010s. Until now, the novelty of the format contributes to the revival of vinyl records as it still continues to rise in popularity. 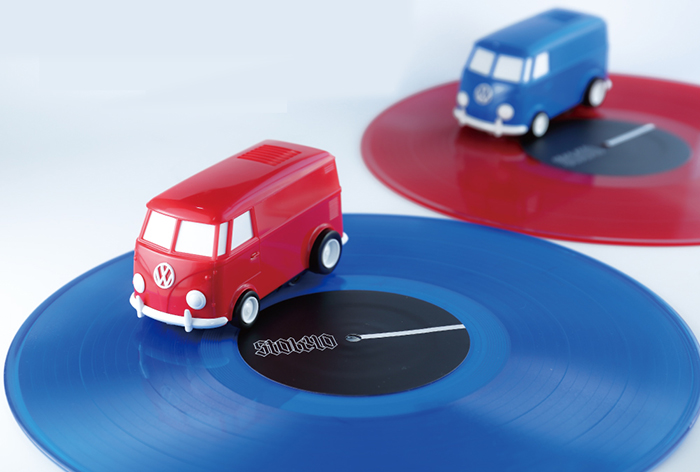 Indeed, there’s something sentimental about vinyl records that even the younger generation can appreciate. But there’s just one problem with record players, they typically take up a lot of counter space. Japan had an idea and launched a miniature record player called the Soundwagon back in the 70s. A remarkable thing about this portable record player is that it features a miniature replica of the vintage Volkswagen hippy van. Since vinyl records are back, Japan is also bringing back the smallest record player in the world. The new version still features the same hippy van replica with some additional features and upgrades. 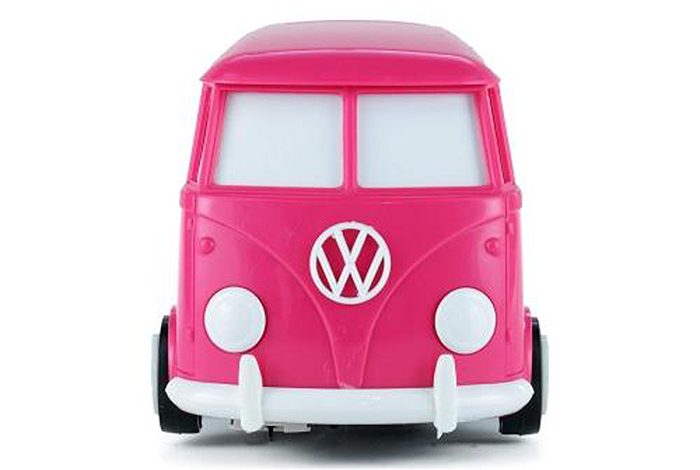 What Are the Features of the Soundwagon Record Runner?

The Record Runner only measures 4.7 x 2.4 x 2.2 inches which is actually smaller than the vinyl itself. Simply switch it on and let the mini hippy van drive around the record to play the music. It has suspended silicone wheels and a replaceable stylus powered by Audio Technica. You can adjust the volume and the speed to match your environment. That’s not all, it also features fine pitch adjustment so you’ll get improved sound quality from its internal speaker. 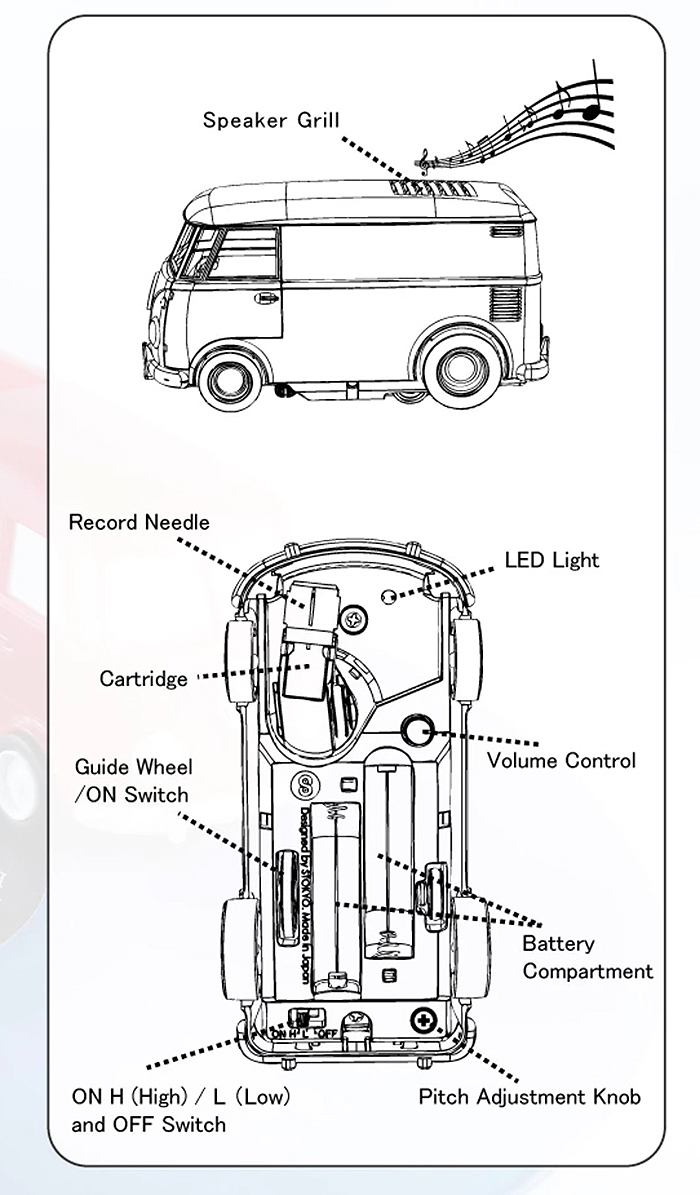 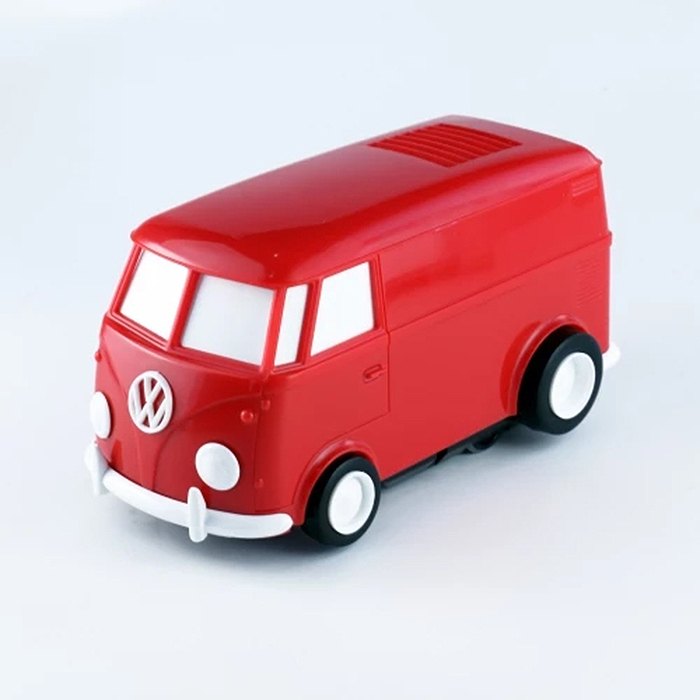 The recored player is operated by two AAA batteries (not included) that can last around 90 minutes of playtime. Additionally, it has an automatic stop function that turns off the device at the end of the record to save battery life. It is available in three different colors – cherry red, magenta and blue. While the blue-colored variant is currently unavailable, you can get the cherry red and magenta versions here. 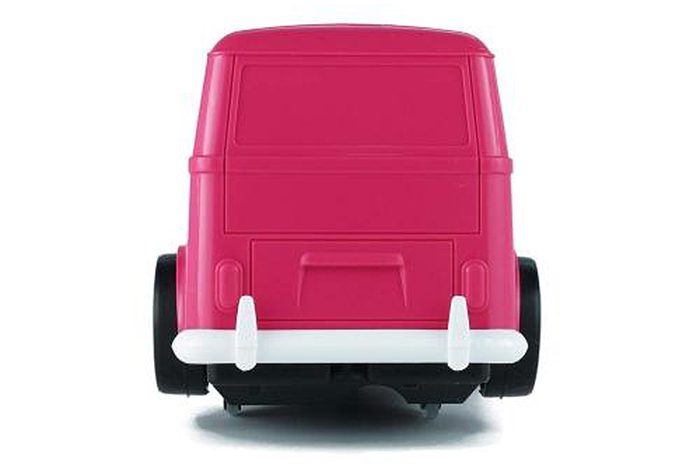 Check the video below to see the Record Runner in action