Stefano Boeri, the renowned Italian architect behind the ingenious vertical forest concept, is now ready to turn his idea into an entire city. Boeri released a new innovative project called Smart Forest City. If this concept should materialize, it would make way for a self-sustainable urban center. A modern city where nature and architecture sync in perfect harmony. The site for the project is the 1,376 acres of land located just outside of Cancun, Mexico.

So, what can we expect to see in this city? Boeri’s new project will be a green city where 7.5 million trees and plants will be planted on nearly 1,000 acres of space. Boeri is working with botanist and landscape architect Laura Gatti to ensure a diverse collection of plant life is used. This includes over 400 species of trees, flowers, shrubs and bushes scattered around the entire city. Of course, expect to see all buildings covered with greenery from the roof down to the façade. No surprise here since Boeri has been advocating his very own vertical forest concept. 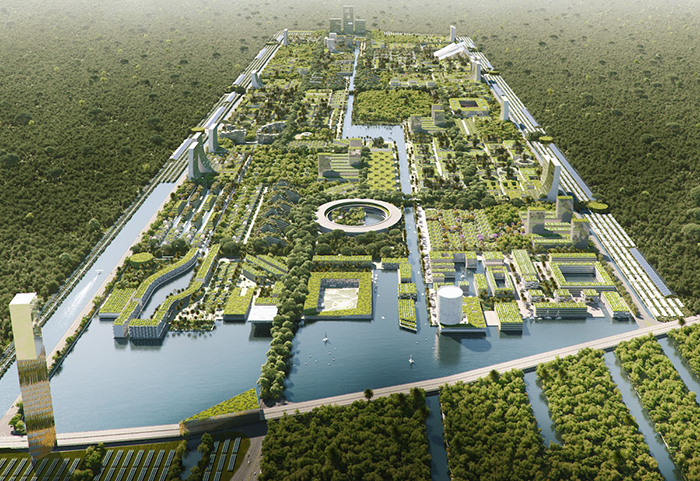 With over 7 million plants distributed around the 1,000 acres of land, the city is estimated to absorb 116,000 tons of carbon dioxide per year. While the urban center will feature a perfect balance of nature and architecture, it is still evident that the core of the project revolves around nature. Moreover, the goal of the concept is to create a city that can provide itself of food and energy. In order to do that, Boeri collaborates with Transsolar, a climate-engineering firm that fosters innovation in the built environment. 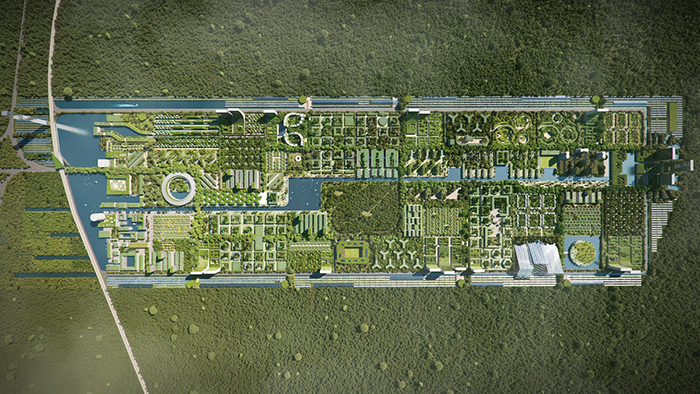 To maintain a self-sustainable life, the city will be surrounded by a ring of solar panels to generate electricity. Of course, water is a key element to support life. Residents will get access to water via an underground pipe connected to a water channel. The main water source comes in a form of a large basin located at the city’s entrance. It will gather and distribute water through navigable channels to supply water to every resident. This system will also irrigate agricultural fields as well. The city will also feature a series of water gardens to help prevent flooding. 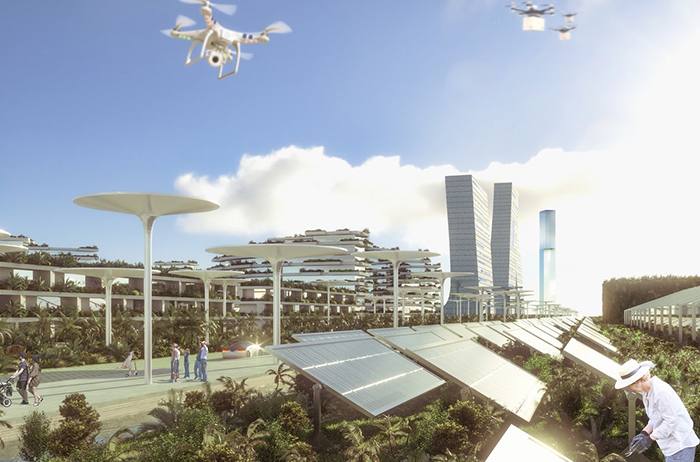 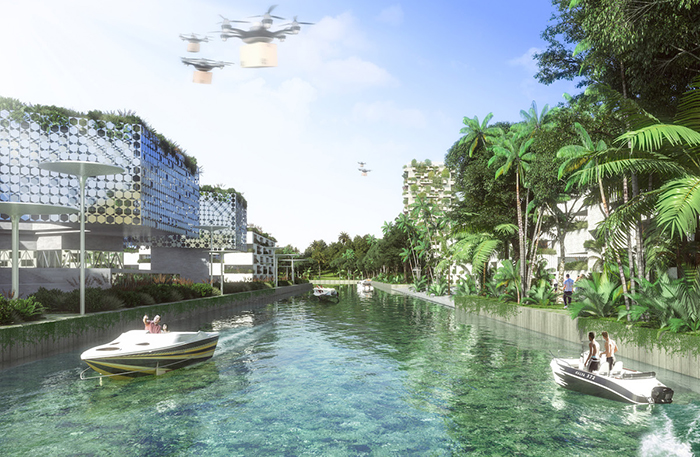 The city will not only serve as a self-sustaining area that will provide homes to 130,000 inhabitants. But Boeri hopes that it will also become a center of learning for environmental researchers. For that reason, the urban center also includes an advanced research center complete with modern facilities. The city’s learning center shall focus on six core fields which include bio-healthcare, precision farming and regenerative technology, coral reef restoration, mobility and robotics, smart city and astrophysics and planetary science.

“Smart Forest City Cancun is a Botanical Garden, within a contemporary city, based on Mayan heritage and in its relationship with the natural and sacred world,” says the firm. “An urban ecosystem where nature and city are intertwined and act as one organism.” 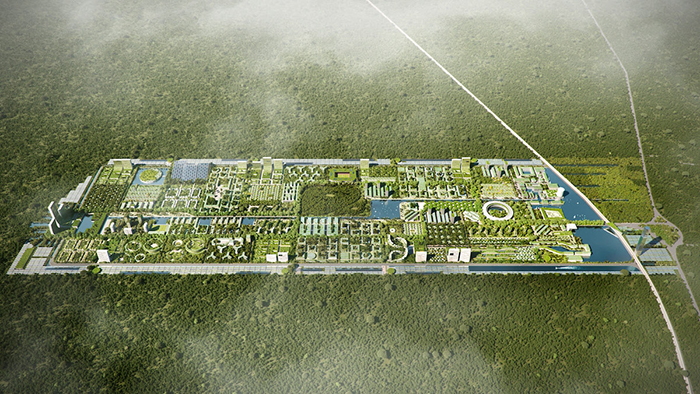 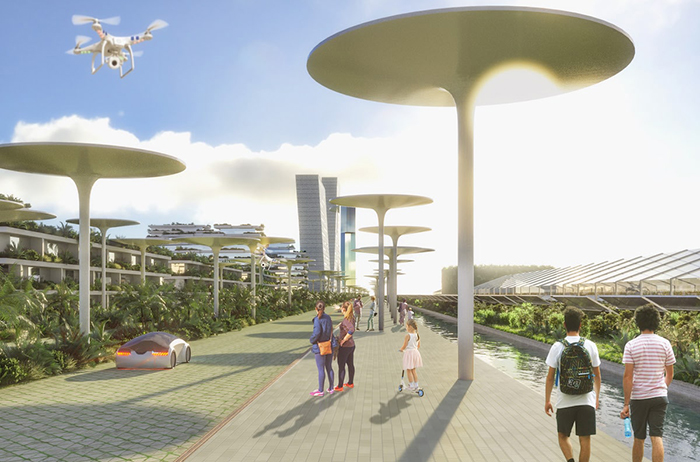 In March 2019, Boeri proposed the concept to the regional authorities and is now awaiting approval.