If someone asked you what makes you happiest in life, you’ll probably have a hard time choosing between Starbucks and Friends as an answer. But what if you can have both your favorite drink and your favorite comedy sitcom in one cup? Well you can with the Friends Frappuccino. It is a secret Starbucks Frappuccino which is available at a Starbucks in Belleville, Ontario. But before you run to the nearest Starbucks, let us inform you that this Friends-inspired frapp is exclusively available at Belleville store.

The Friends Frappuccino was launched in Belleville in September 2019 to commemorate the show’s 25th anniversary. It features a bright pink drink and people have been wondering what’s in this intriguing frapp? According to the manager of Starbucks Belleville store, this secret drink was inspired by Monica’s purple-colored apartment and Central Perk’s iconic orange couch. And the manager went on to reveal the secret recipe. You can order the Friends Frappuccino at any Starbucks store by asking for a blend of Raspberry Crème Frapp and a scoop of dragon fruit. Then ask the barista to add a ring of pumpkin sauce to the inside of the cup before pouring the frapp into it.

Just like any secret drink, you won’t find these drinks listed on the menu. Furthermore, these Friends-themed recipes are not official Starbucks offerings and were merely created by some baristas. How did they come up with the secret recipes? The baristas simply assumed what Rachel, Joey, Monica, Chandler, Phoebe or Ross would order if they came to Starbucks. 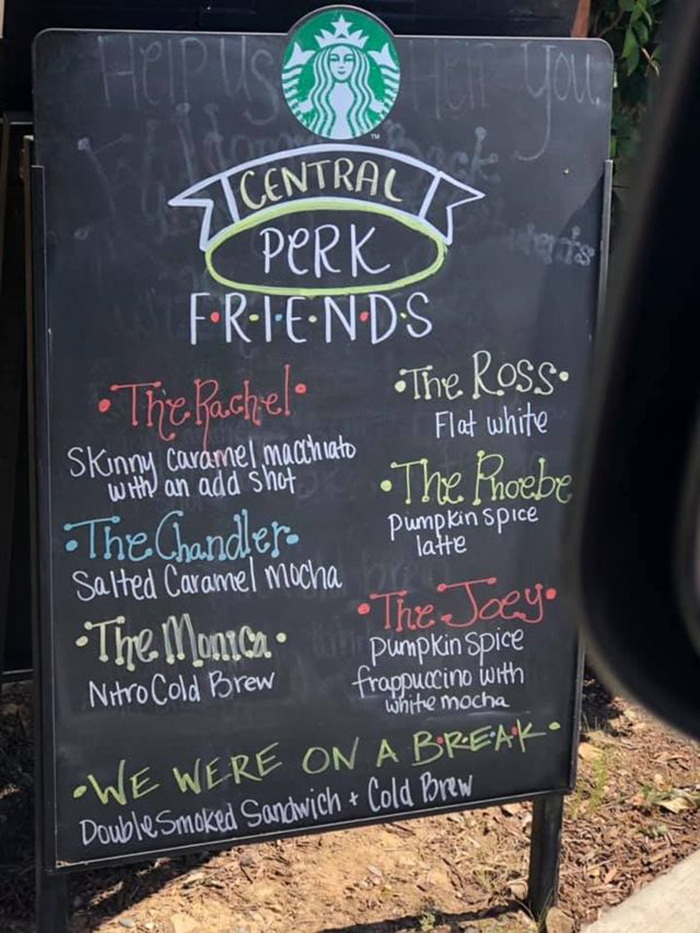 Of course, we all have our own favorite Friends character. So, here’s a breakdown of the Friends-inspired secret drinks based on each character’s personality.

Here’s what to order:

The Rachel: Skinny caramel macchiato with an added espresso shot. Order an Iced Caramel Macchiato with vanilla syrup at the bottom of the cup. Add milk and ice, and two shots of espresso. Finish it off with a caramel drizzle on top.

The Ross: Flat White. This recipe is made with two ristretto (short espresso) shots, topped with a thin layer of steamed whole milk and finished with a latte art.

The Phoebe: Pumpkin Spice Latte. Yup, just the plain PSL should do it for Phoebe. 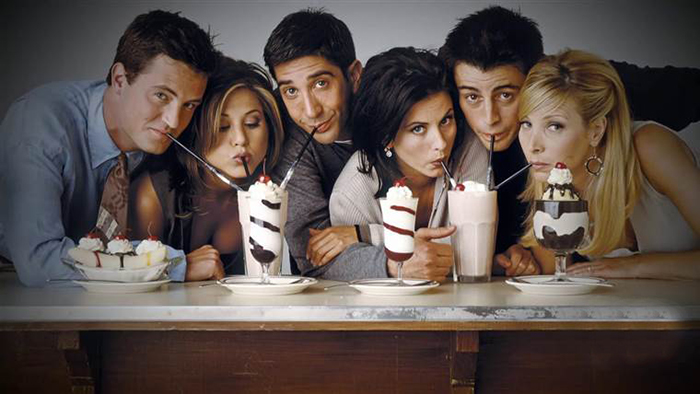 There you have the secret Frappuccino recipes for every Friends character. So, gather all your friends and chill out at Starbucks as you sip your favorite drink.