The Game of Thrones fever is real. While everyone awaits the most-anticipated final season of this popular TV series, some companies are trying to comfort our excitement. There’s the GoT edition Oreos, GoT-inspired pool floats, and Urban Decay’s GoT makeup collection. We’re only a few days away from the Season 8 premiere and we could barely contain our excitement. But before the big debut happens, here’s another company that also wants to join the party. Viking Direct, a UK-based office supplies company, is now serving as a home to a giant dragon. The giant paper dragon measures a staggering 43 feet long and its wings have a span of about 20 feet. It is made of 1,200 sheets of A4-sized paper, including the flame of fire it is breathing out.

The company reached out to paper artist Andy Singleton to create the impressive paper sculpture. Singleton made a sketch to show how the giant paper dragon would look like. Then he created a small-scale model to polish the 3D details of the sculpture. Constructing it from sheets of paper, he built the artwork in sections to make it easier to transport. After completing everything in 100 hours, he took the sculpture from his studio to the Viking Office for installation. From there, it took him another 10 hours to put the sections together. 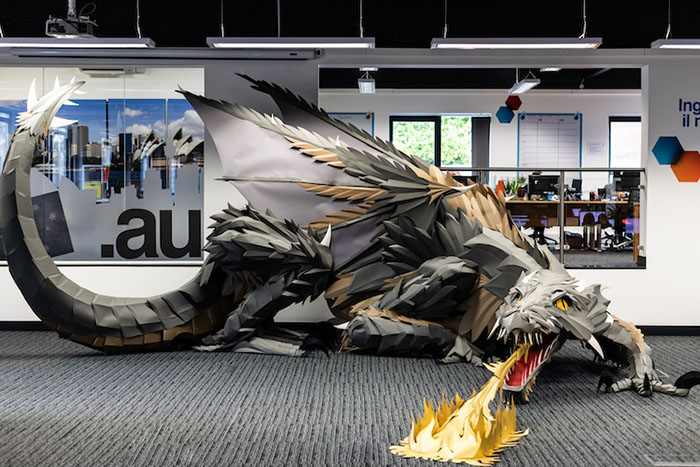 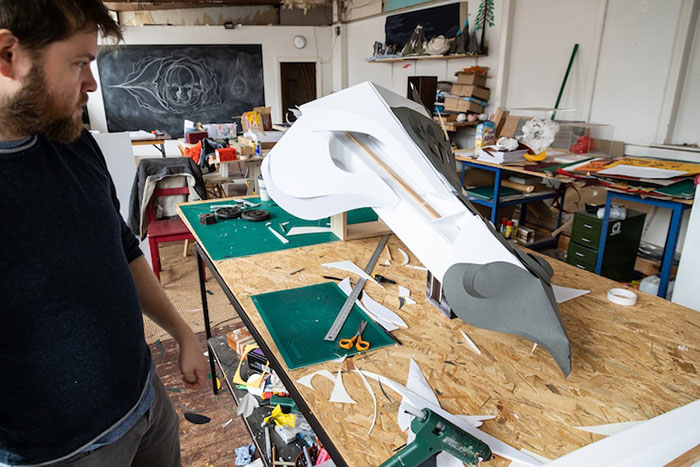 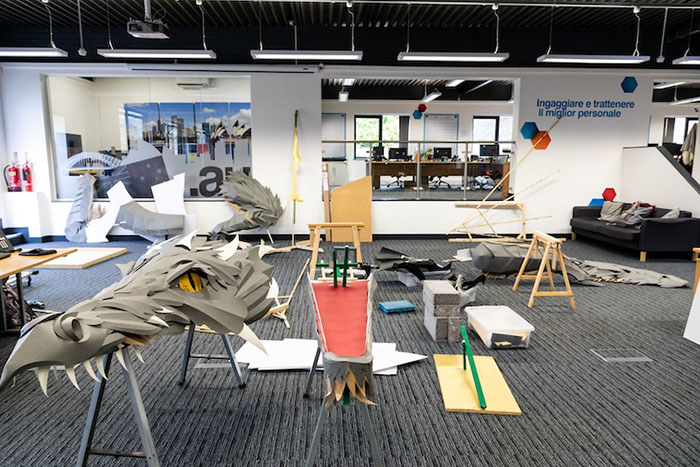 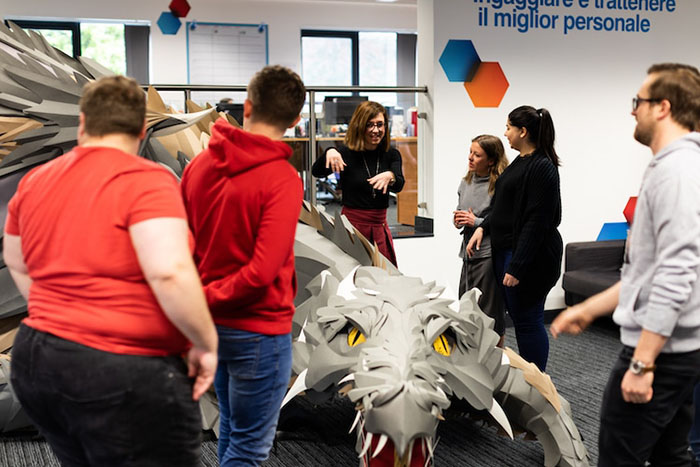 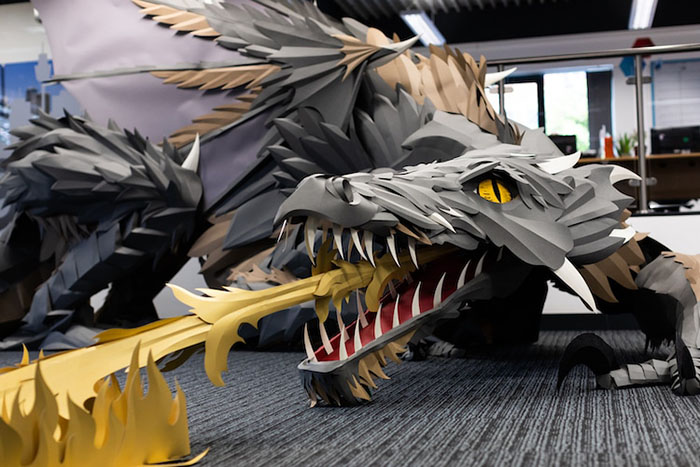 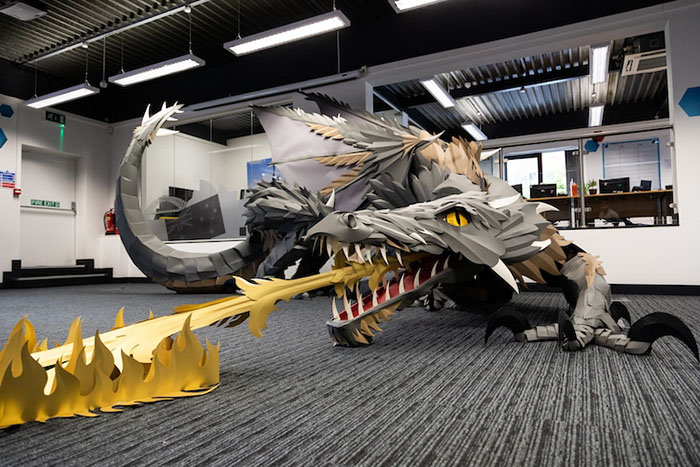 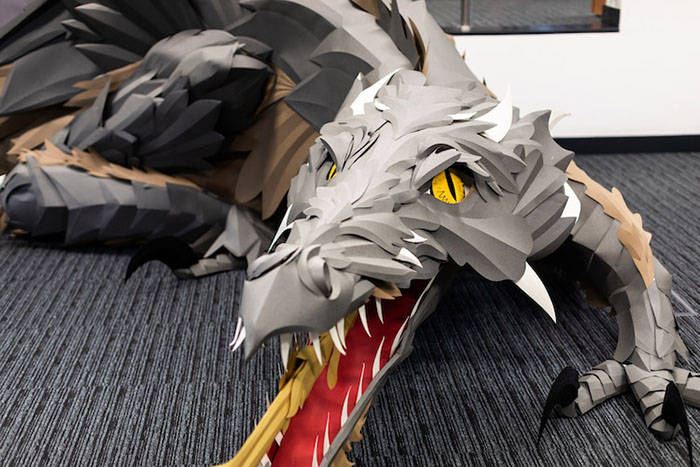 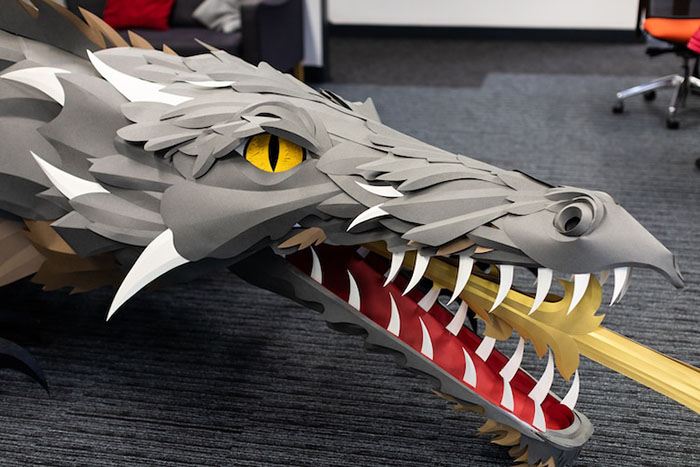 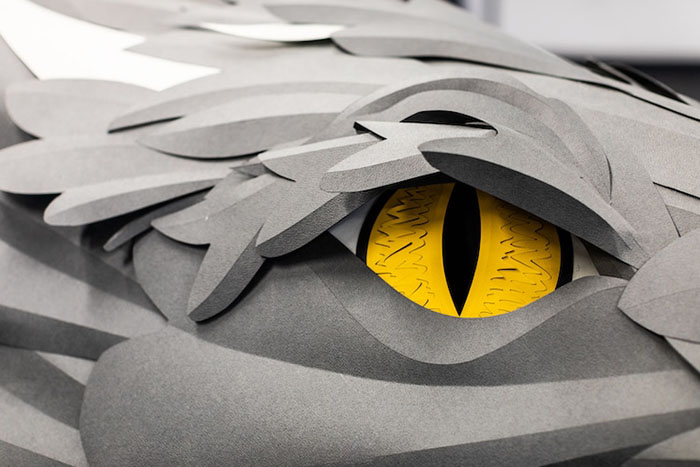 “I wanted parts of the dragon’s armor to look like faceted minerals,” said Singleton, “but also to have softer elements almost like fur on the underside. The color choices just felt right when I was selecting the specialist paper.”

The giant paper dragon will have to stay there to adorn the stationery office. But the company will soon let it fly away and donate the fire-breathing sculpture to a local school. For sure, Daenerys won’t mind lending her dragon to inspire some students.