Besides the increasing death toll, the ongoing pandemic has also prompted a surge in the number of unemployed workers globally. Sure, relief packages and financial support from different government bodies may somehow help people get by for the time being. However, one can’t simply ignore the repercussions of not having a stable source of income during these trying times. So, a tree-planting program has been launched in Pakistan to help provide job opportunities to out-of-work labourers in the country.

Prime Minister Imran Khan has recently approved the “Green Stimulus Package.” This program aims to propagate plant nurseries and natural forests, as well as promote the country’s vast plantations. Under this program, the government will employ about 65,000 youth and daily-wage earners affected by the current crisis. Each worker will then get a chance to earn between 500 to 8,000 rupees (about $7 to $106) per day. Although this supplementary income only amounts to about half of their usual wages, it’s enough to help them get by.

Prime Minister Imran Khan approved “Green Stimulus” package as part of Government’s efforts to extend green cover in the county and to create job opportunities for the youth of the country especially in the wake of COVID-19 crisis. The Green Stimulus package, as part of 10 Billion Tree Tsunami project, aims to promote plantation, setting up nurseries, natural forests and promotion of honey, fruit and olive plantation in the country. Under this package, a “Green Nigehabaan” initiative would also be launched to provide job opportunities to initially 65000 youth/daily wagers making them part of the plantation campaign. ?????? #CleanGreenPakistan 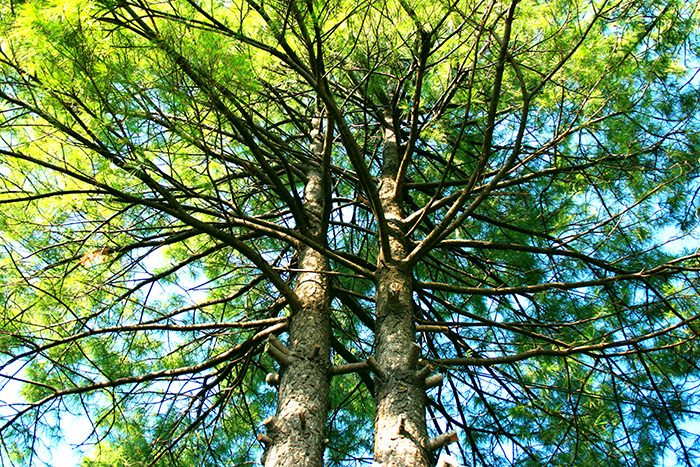 Apparently, the program is part of the country’s ongoing “10 Billion Tree Tsunami” initiative launched by Khan in 2018. It’s a five-year tree-planting project that seeks to counter the adverse effects of climate change experienced in the country. These include floods, droughts, rising temperatures and other extreme weather conditions.

It’s worth noting that countries in South Asia are not among the major contributors to global greenhouse gases. However, based on Germanwatch’s Global Climate Risk Index 2020, Pakistan ranked fifth in the list of countries most affected by “extreme weather events” from 1999 to 2018. As such, this prompted the launch of the “10 Billion Tree Tsunami” campaign.

PM @ImranKhanPTI will launch national spring tree plantation drive tomorrow at Kundian forest in Mianwali.The plantation drive will continue across the country till June 30 under the theme ‘Restoration of Degraded Forests’ as part of the #10BillionTreeTsunami #Plant4Pakiatan

The campaign has been successfully ongoing until the enforcement of lockdown in the country on March 23rd. Unfortunately, the lockdown coupled with the strict implementation of social distancing measures has put a halt to the campaign’s operations. Thankfully, the prime minister has recently granted an exemption, allowing the country’s forestry agency to resume the campaign’s operations.

When you protect #Nature it always pays you back – #AssistedNaturalRegeneration of indigenous #Deodar covers the floor in #Chitral – under #10BillionTreeTsunami community based closures pic.twitter.com/ubnXzTWJ0Q

Climate change advisor to the prime minister Malik Amin Aslam also assured that the workers would still observe all government-mandated guidelines. These include wearing face masks at all times, as well as observing a six-feet distance among themselves. Feel free to follow #Plant4Pakistan on various social media sites to learn more about this tree-planting project.