Olivia Kemp is a British artist, and she can create detailed pen drawings that will undoubtedly keep you in awe. Plus, her illustrations aren’t teeny-tiny; they’re incredibly large!

What’s even more fascinating is that each of Kemp’s pieces isn’t a typical representation of a place. She has embedded an admirable twist with it! Yes, Kemp’s pen drawings have reality and fantasy merging with each other.

Among Kemp’s latest artworks are sketches inspired by her travels to Bavaria and Malta. She developed her drawings from photographs of the sites, as well as from sketches she did right at the location. Finally, she adds her own memories into the mix.

“I draw in order to make sense of landscape but also to construct and remodel it. I build worlds and imaginary places that grow out of a need to interpret the sites that I have known, expanding, and developing them across a page. This encompasses everything, from the visions of a grand landscape right down to the details of the land, the plants, and creatures that may inhabit it.” 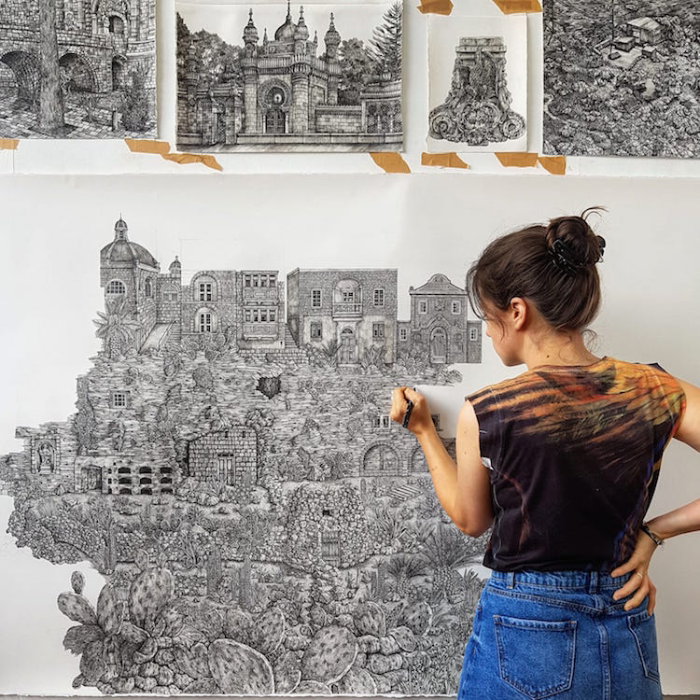 Her drawings are imbued with rich details.

Although lacking in color, Kemp’s drawings are distinct enough to catch anyone’s attention. In fact, they’re so imbued with details and rich texture that Kemp will need months to finish a drawing.

For instance, Kemp created a piece called “Ascending The High Pass.” This was a depiction of castles of a Bavarian motif. As for the details, you’ll see towers, some spruce trees, and a train track that winds through bridges, tunnels, and arches.

Aside from that, she has also created a landscape pen drawing after taking inspiration from a Malta trip. She calls the artwork “Melita, Maleth.” Focused on the exotic plant life of the Mediterranean island, the detailed pen drawing had an ancient town in view. Plus, it featured a harmony of flora and cacti, becoming the foreground to the traditional fortresses.

Olivia Kemp’s artworks have become part of the “Early Modern Matters,” a group exhibition that went on from September 6 to 29, 2018 in London’s James Freeman Gallery.

If you wish to see more of Kemp’s artworks, you may check out her Instagram.

Taking inspiration from her travels, Kemp continues to produce pen drawings of places she visits. The latest ones featured Bavaria and Malta.

In Kemp’s “Ascending The High Pass,” you’ll see Bavarian-themed castles along with a train track, spruce trees, and towers.

In her artwork, “Melita, Maleth,” Kemp gave an incredibly detailed expression of the exotic plant life you’ll find in Malta. Plus, she depicted it as the foreground to the ancient town. 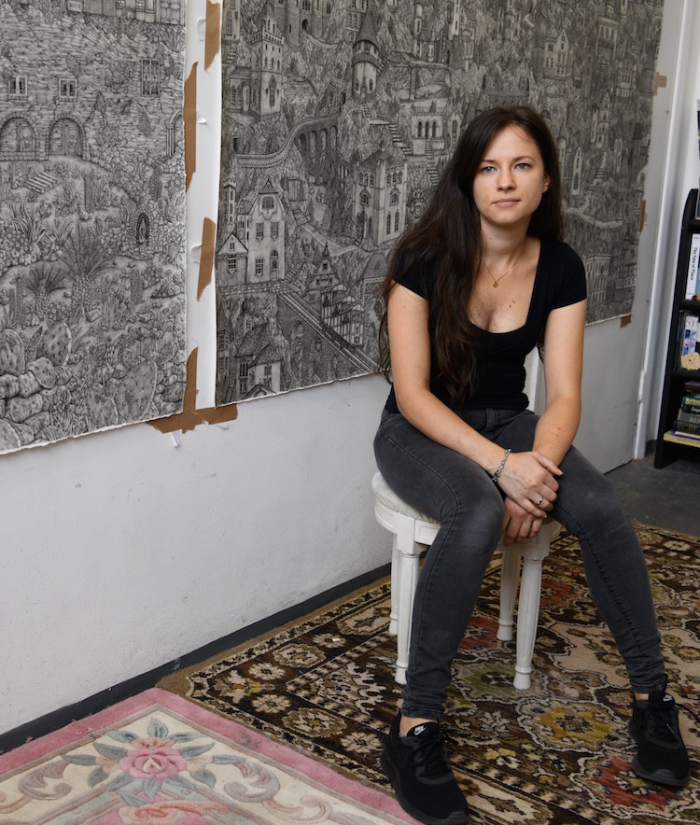