If you don’t know Fredrik Raddum, then you’re in for some astounding work of bronze sculptures to see. This man we’re talking about is an Oslo-based Norwegian artist. He is famous for his political-themed installation art and imaginative figurative sculptures. Fredrik Raddum is well-known for his past work showing tragedy mixed with humor. His previous work depicted bizarre dystopian cartoon figures that encourage you to “think beyond the initial encounter.” 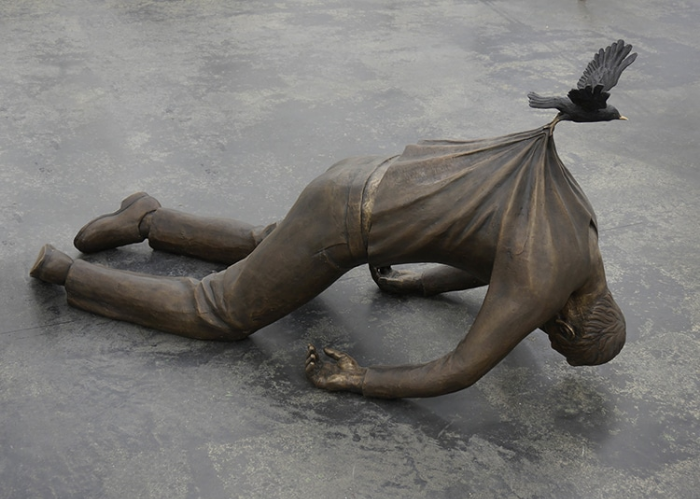 Exhibited earlier this at Galleri Brandstrup is Raddum’s most recent collection of uncanny bronze sculptures. This is based on a true story of human immigration that is now referred to as “The Galapagos Affair.” It is titled Hacienda Paradise – Utopia Experiment.

In the 1930s, a group of Europeans left their homes to live on the Galapagos Islands. The first ones among the island expats to arrive were a couple namely Friedrich Ritter, a German physician, and Dore Strauch. They both settled on Floreana, one of the most remote islands of Galapagos. The Wittmer family from Germany came next, followed by Baroness Eloise von Wagner. The latter came with her “two companions” from Paris, but it wasn’t long after the arrival that Baroness Wagner and one of her lovers went missing. Even to this day, this case remains a mystery.

The sculptures mysteriously depict the immigrants. One of the pieces shows a bird trying to fly away with the seemingly lifeless body of a man. Another one is a female figure that stands atop two human heads on each foot. She seems to exhale a golden liquid.

In another is a giant turtle-shaped sculpture that represents the island legend of a turtle who could read the minds of visitors. In Raddum’s piece,  you can see a fire inside the shell, which, for others, seems to tell that it’s used as a place to make fire. According to Fredrik Raddum, the exhibition reminds us that:

“we can change our surroundings, but we cannot escape from ourselves.”

The Galapagos Affair story was actually made into a movie, so if you’re a murder mystery fan, you might like to watch. The film was directed by Dayna Goldfine and Dan Geller.

A set of bronze sculptures made by artist Fredrik Raddum tells the story of European immigrants who fled to the Galapagos Islands in the 1930s. 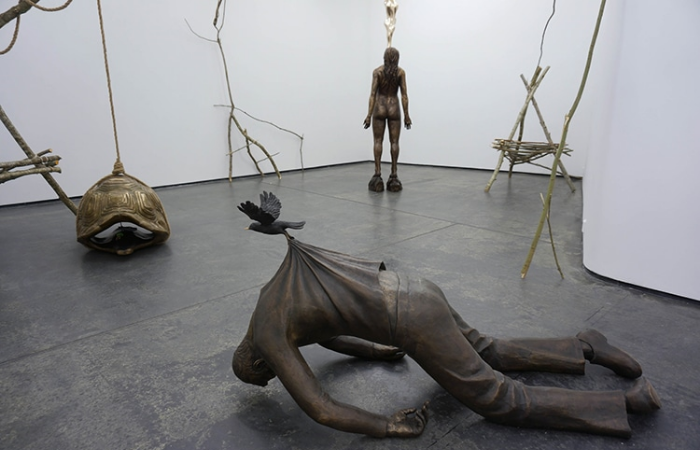 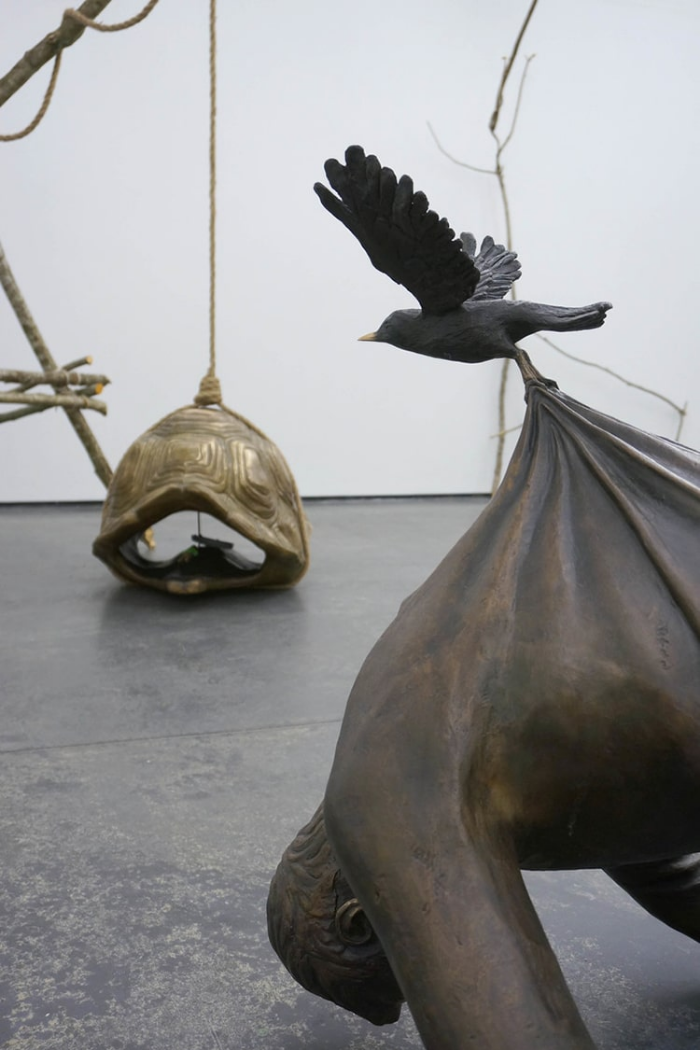 The pioneers’ new utopia turned sinister when two of their peers disappeared. And to this day, the case remains a mystery. 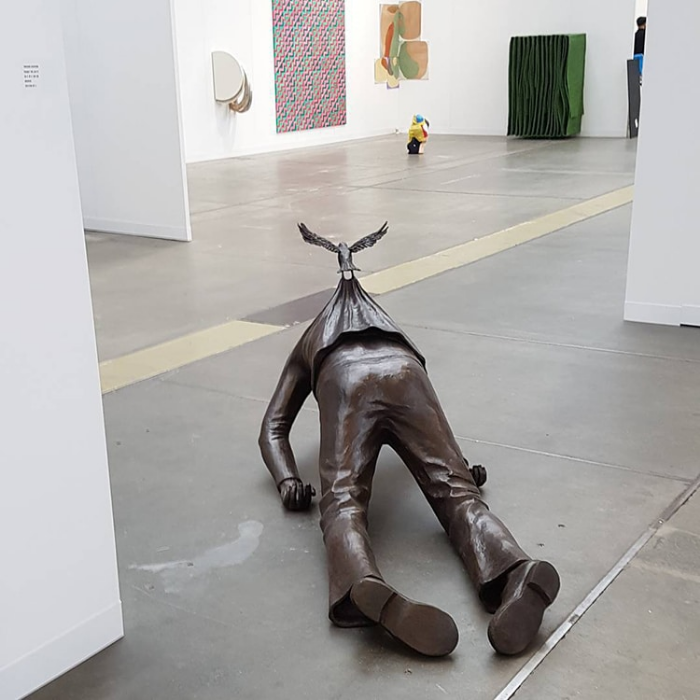 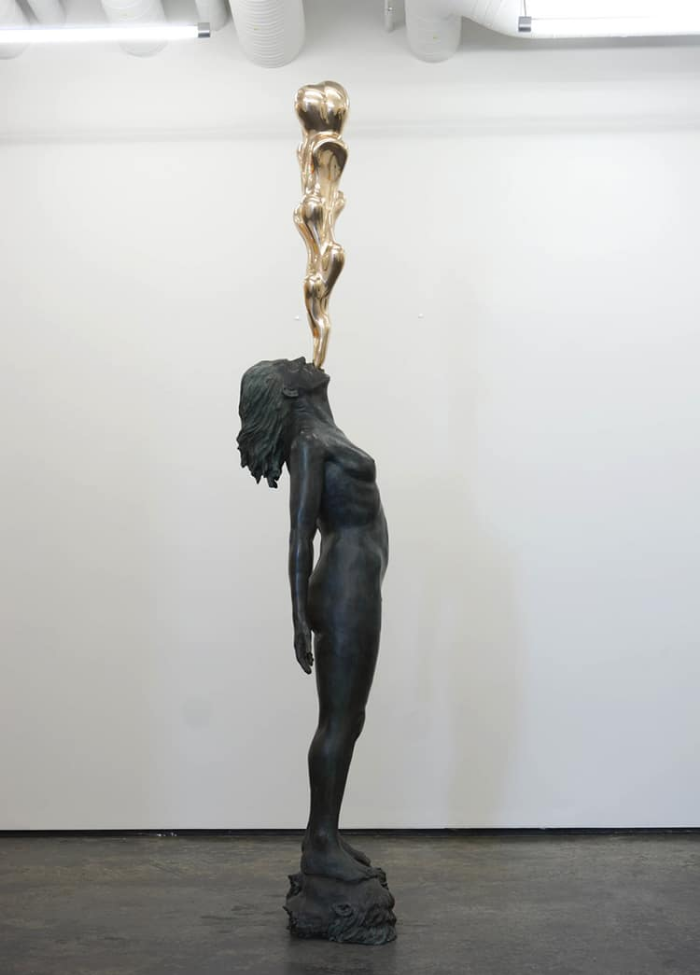 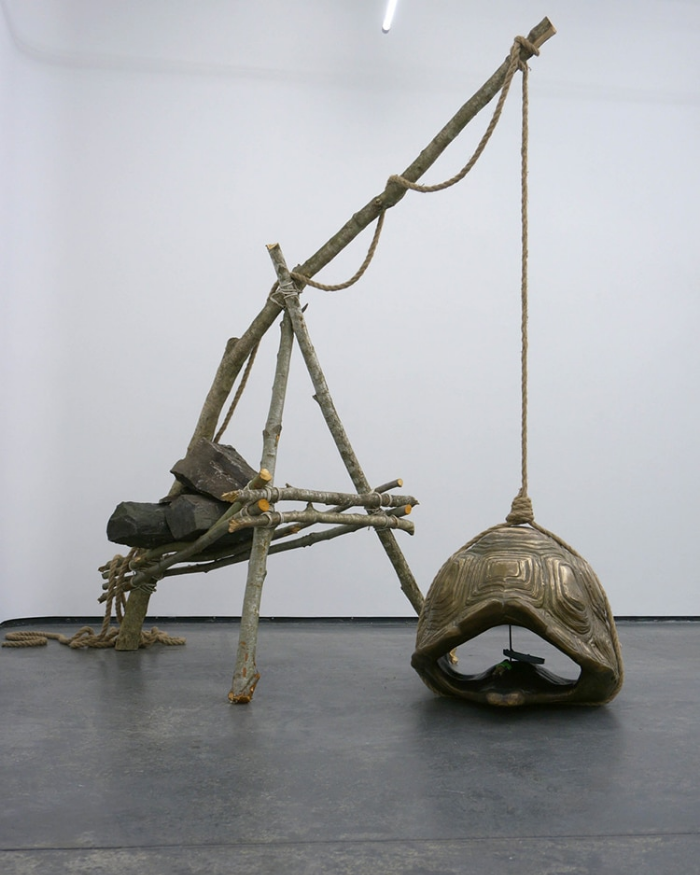 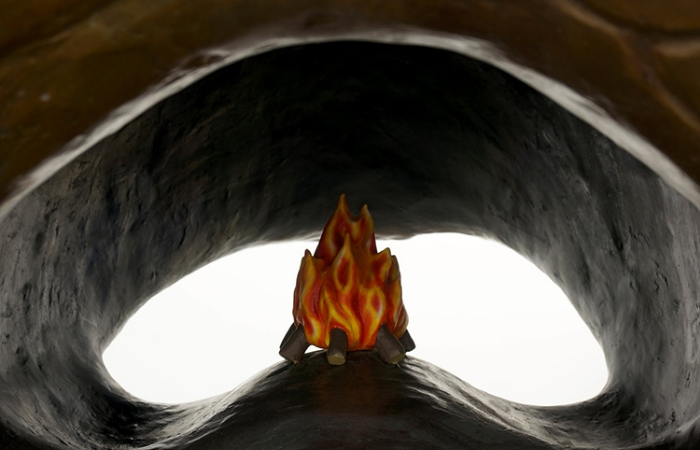 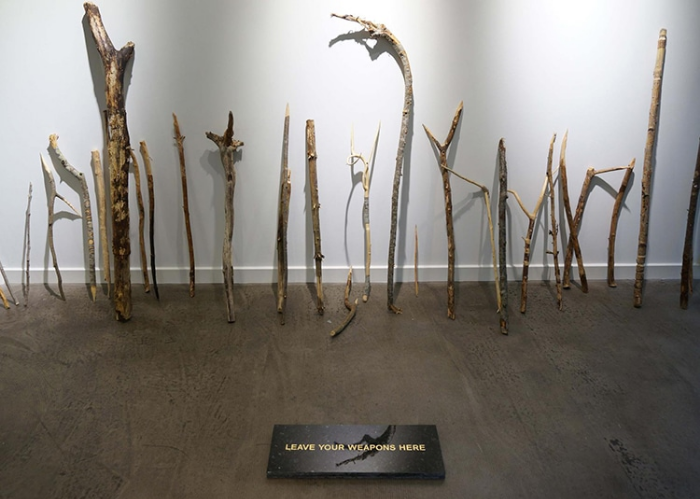