Last June, New York passed a law that ends the religious exemptions to vaccinations of children in public schools. This was in light of the worst measles outbreak the state had experienced in decades. The law takes effect 14 days after the start of classes. Within this two-week grace period, parents must be able to provide vaccination records of their children. Otherwise, the school would kick these children out. Classes have officially resumed earlier this month, and this week marks the law’s implementation. Anti-vax parents start to fight back as New York bans unvaccinated children from going to school. 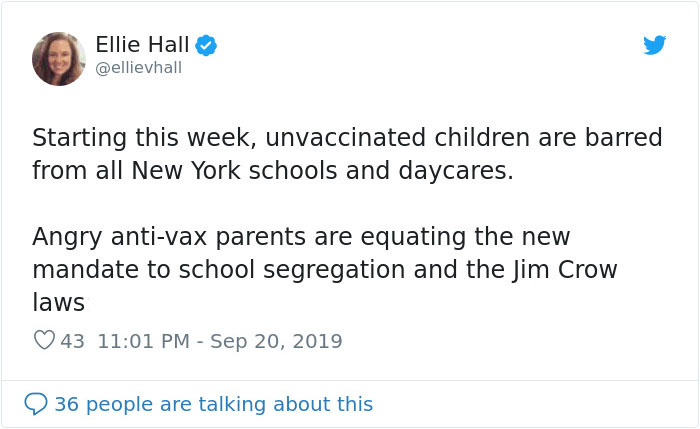 The World Health Organization (WHO) considers vaccine hesitancy as one of the major threats to global health. The reasons for opting not to be vaccinated are quite complex. Some reasons stem from religious beliefs. Others point out the inconvenience of accessing vaccines, while some lack confidence in their healthcare providers. There are also those who simply don’t recognize the need for a vaccine, more so see the value of it. Likewise, misinformation about the adverse effects of vaccine continues to fuel the anti-vax movement. 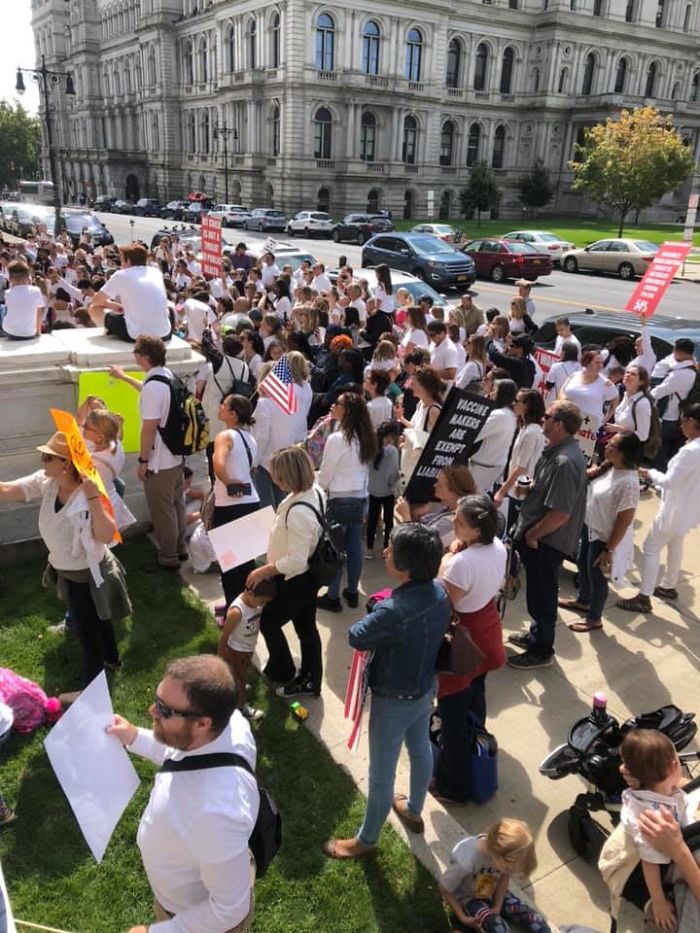 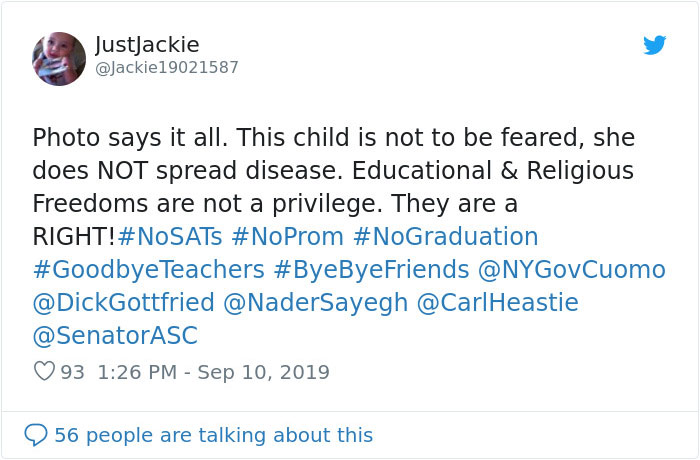 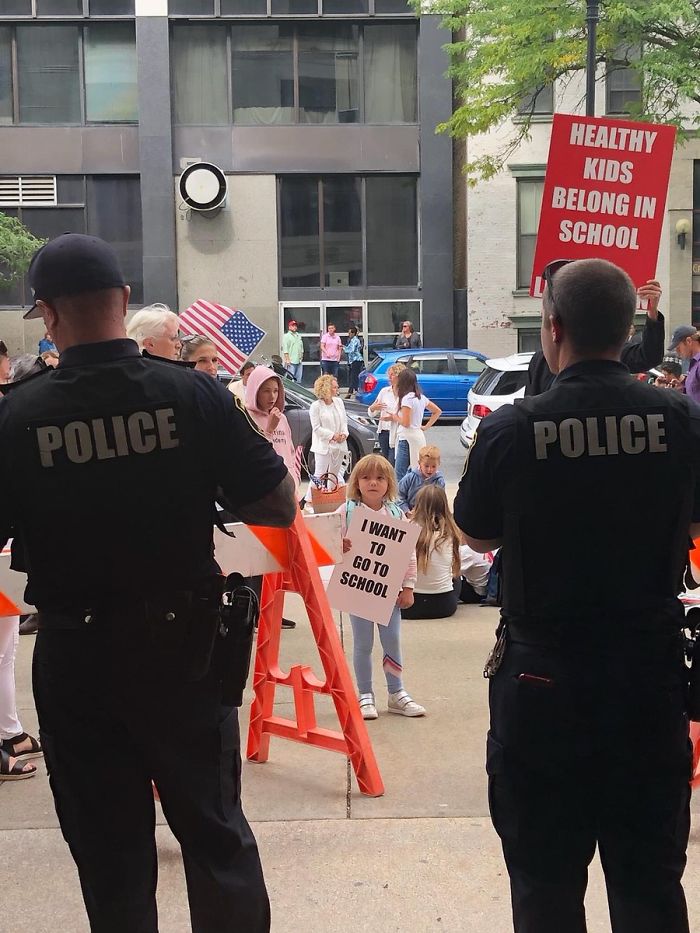 However, the Centers for Disease Control and Prevention (CDC) has repeatedly debunked these misbeliefs. According to the CDC, there is no link between vaccines and autism. Moreover, the organization further stresses that unvaccinated children are the most susceptible to measles. Children below the age of five are likely to develop measles complications such as pneumonia and encephalitis. Pneumonia is the most common cause of death among children with measles. Meanwhile, encephalitis or swelling of the brain can lead to deafness or intellectual disability.

Earlier this month, New York City Mayor Bill de Blasio officially declared an end to the measles outbreak. Nonetheless, the new law still stands. To be clear, students can still return school provided that their parents have them vaccinated. However, this idea is not sitting very well with anti-vax parents. A number of them have shown up in person to protest. Several have also taken to social media to express their dismay, anger, and frustration towards the new law. 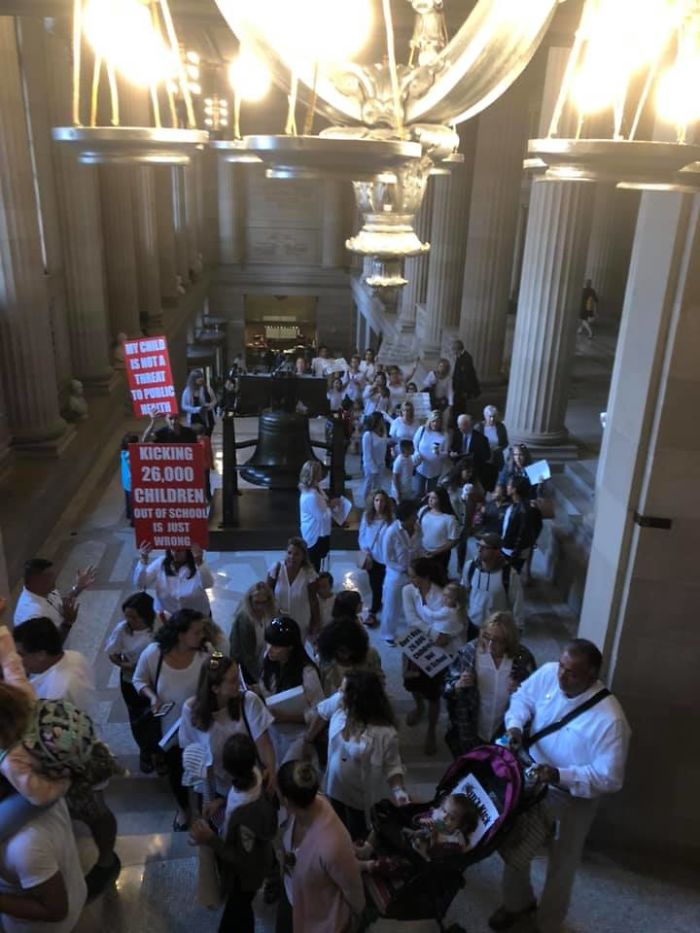 Some of the most-shared photos feature children who are denied entry into their schools. 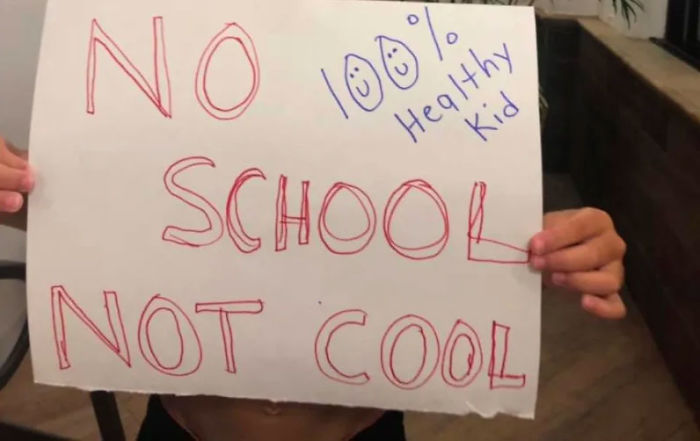 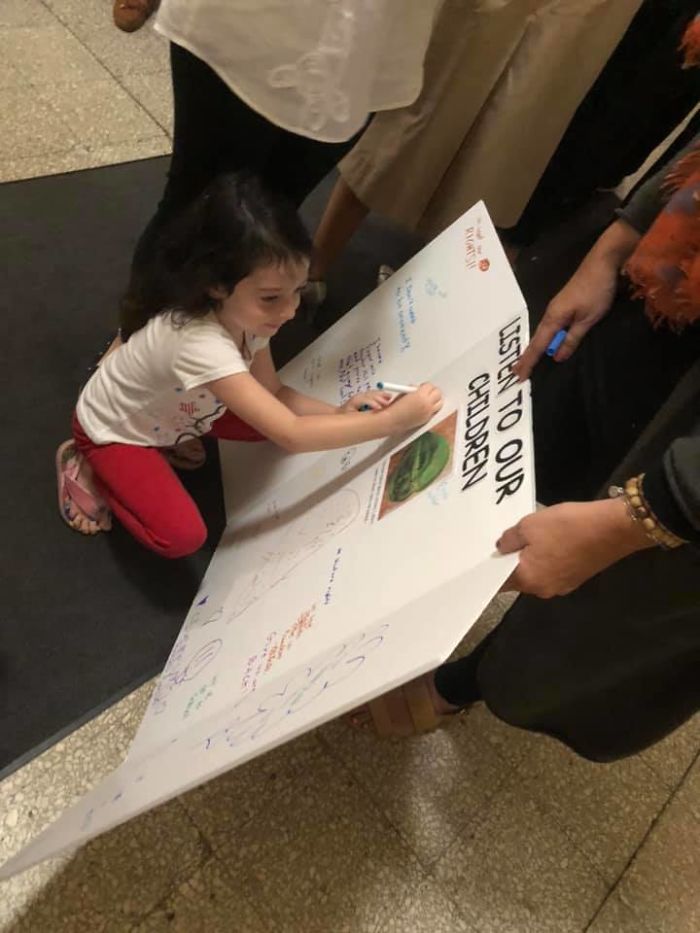 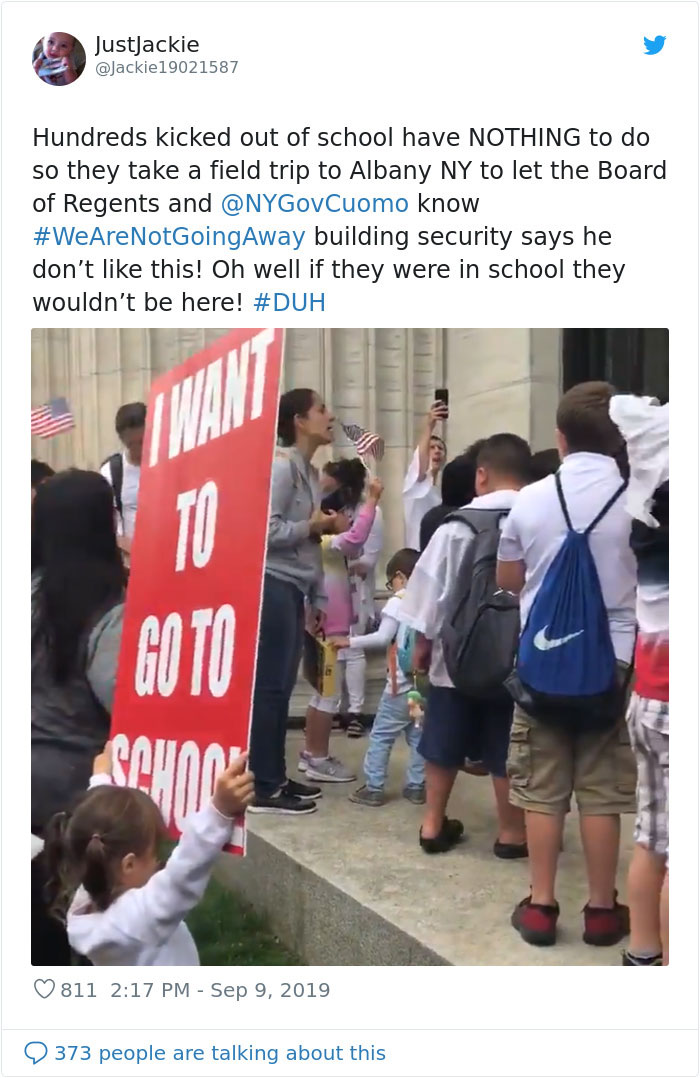 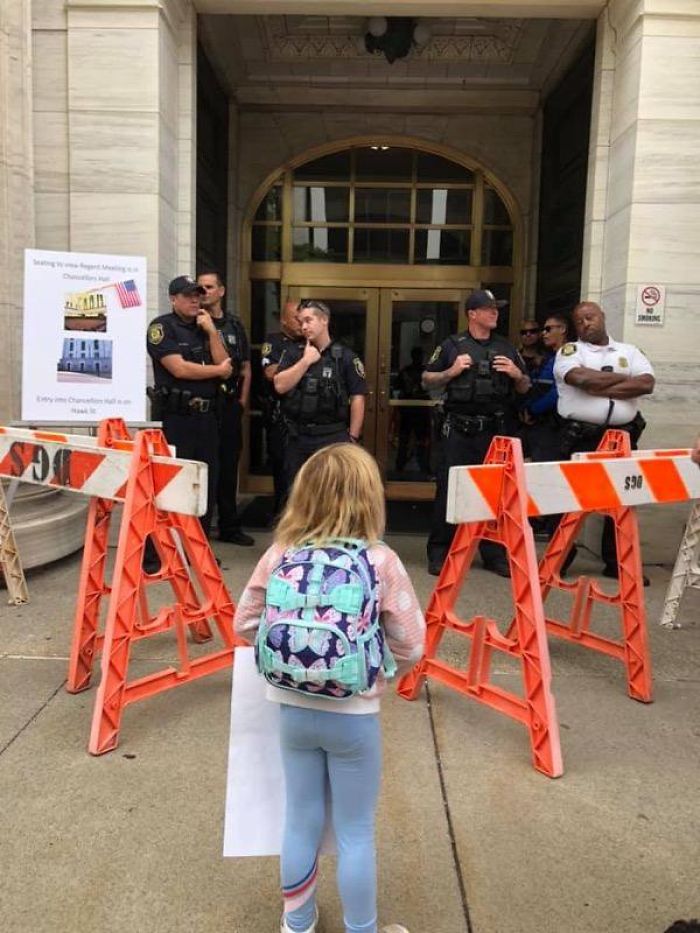 Other parents are now considering the idea of homeschooling their children. 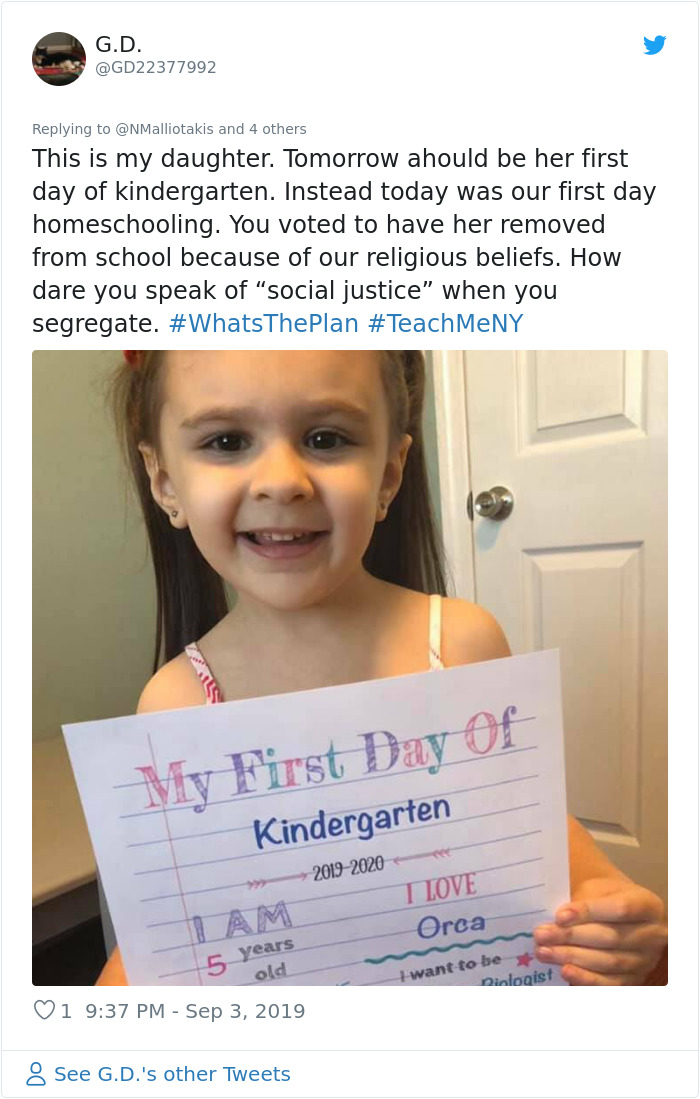 People are equating the new law to the Jim Crow laws which enforced racial segregation in the late 19th and early 20th centuries. 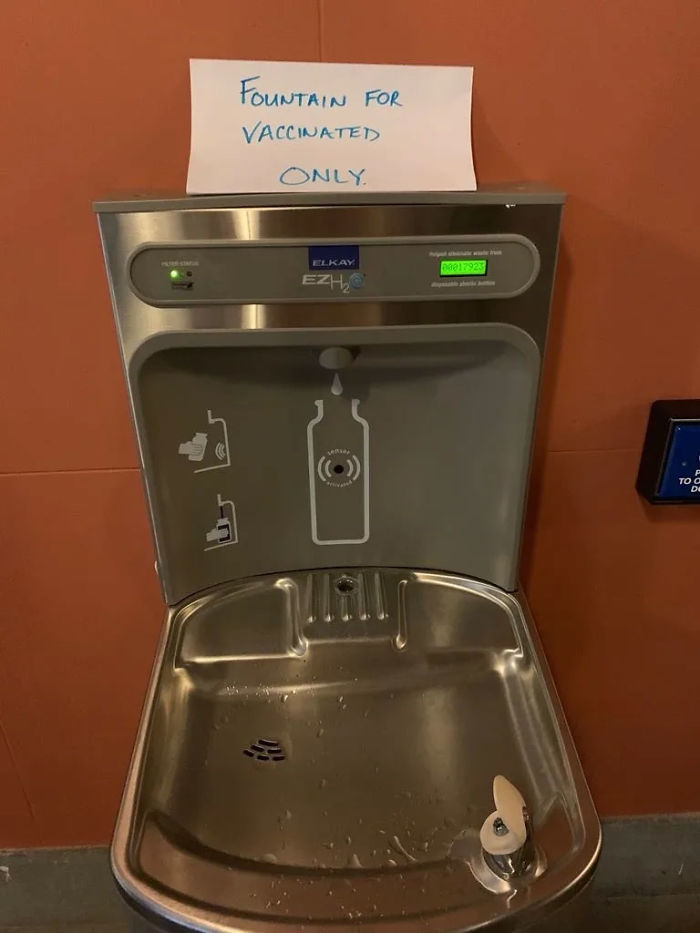 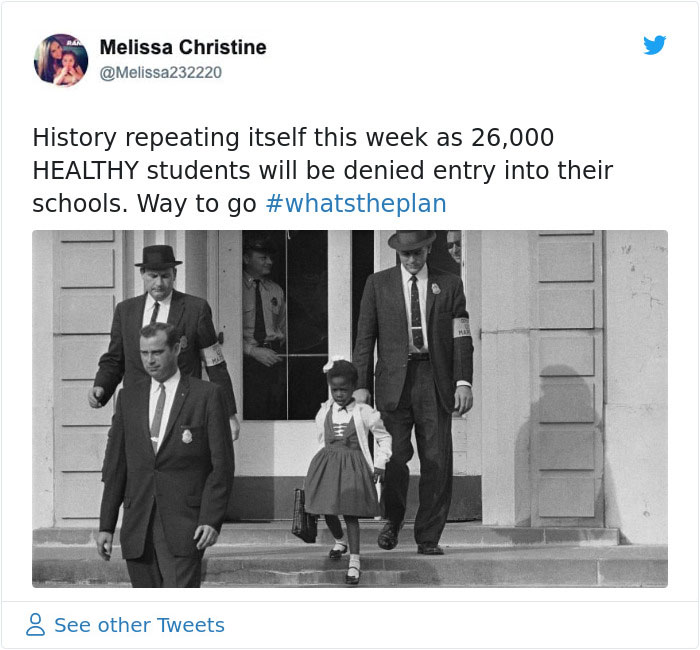 Memes of Senator Brad Hoylman, the legislation’s sponsor, have also surfaced on Twitter. 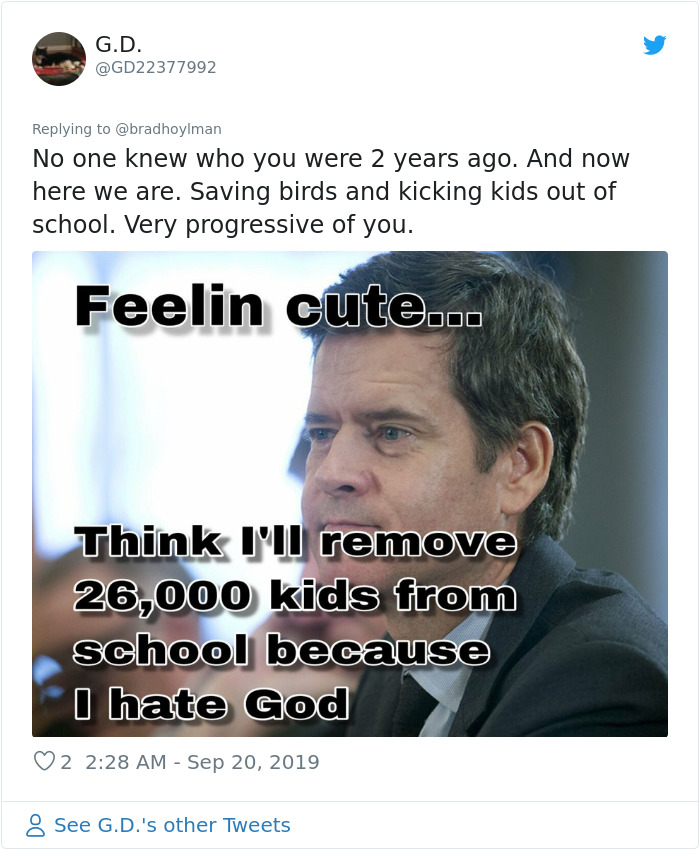 Another furious parent likened these children’s situation to Anne Frank who was “denied an education and forced to homeschool,” 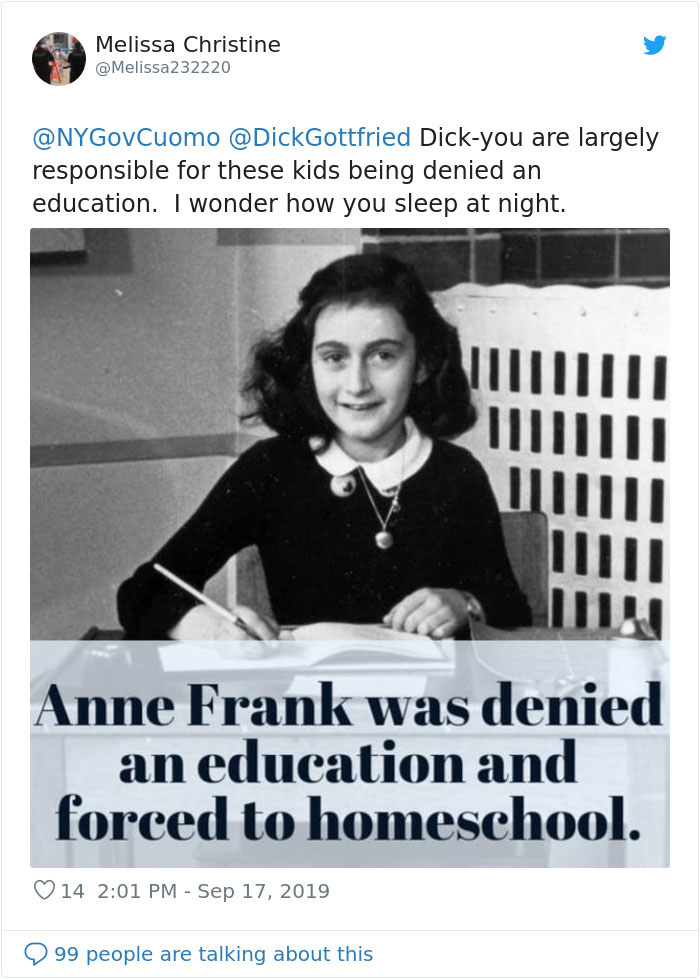 to which the senator replied… 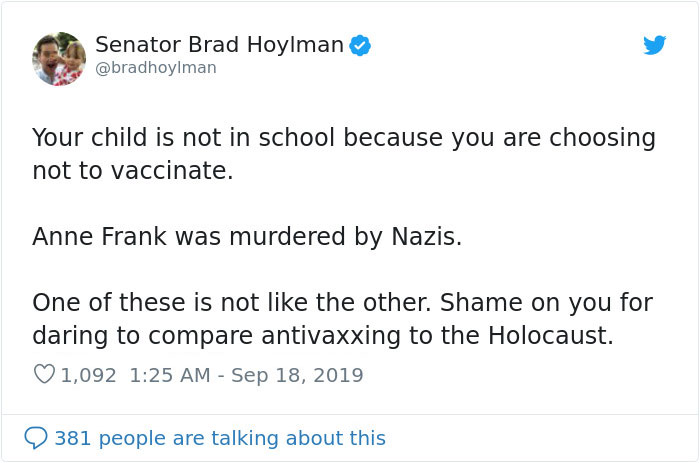 Here’s what other people have to say regarding this issue. 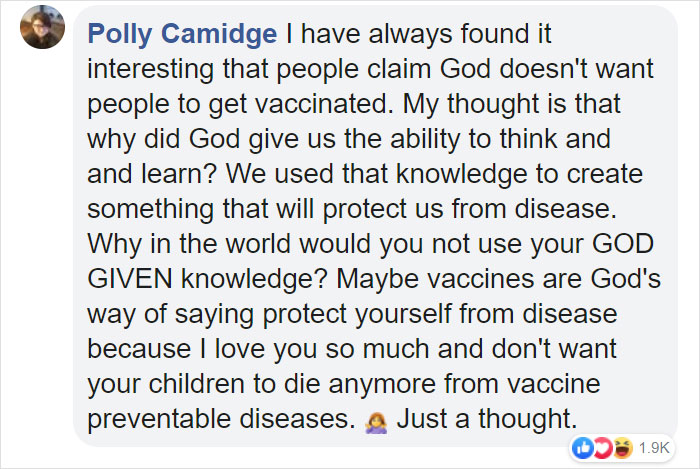 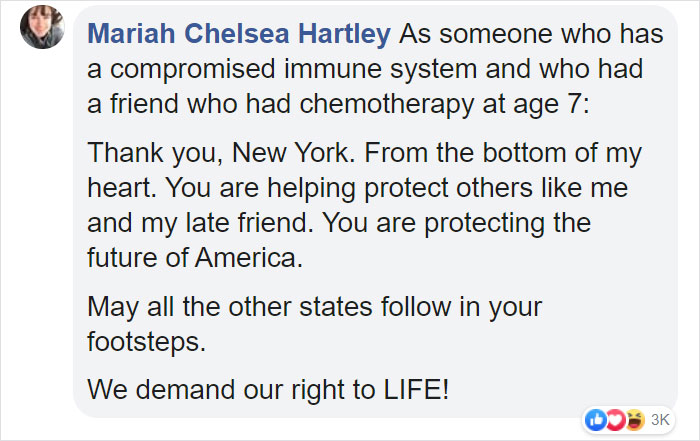 What’s your stand on this issue?