The Monopoly Longest Game Ever Version Takes Twice As Long

So you think the classic game of Monopoly takes a long time to play? Then you haven’t seen the latest version yet. Introducing the Monopoly Longest Game Ever edition. And it is as the name says – it’s the longest Monopoly game ever! So if you have nothing else to do on a boring day, this extra-long version of Monopoly will keep you occupied for hours and hours. But what’s new in this new edition of the iconic board game? And how does it differ from the game’s other versions?

Monopoly Longest Game Ever edition features a longer gameplay that takes twice as long as the classic edition. Given that the classic game already takes you forever to play, you can just imagine how long it would take you to play this new version. Well, that is because this extra-long version board game features double-layered properties, meaning there will be more properties to claim. Normally, Monopoly has 40 spaces on the board including 28 properties. The longer version has 106 spaces, 66 of which are properties that are up for grabs. 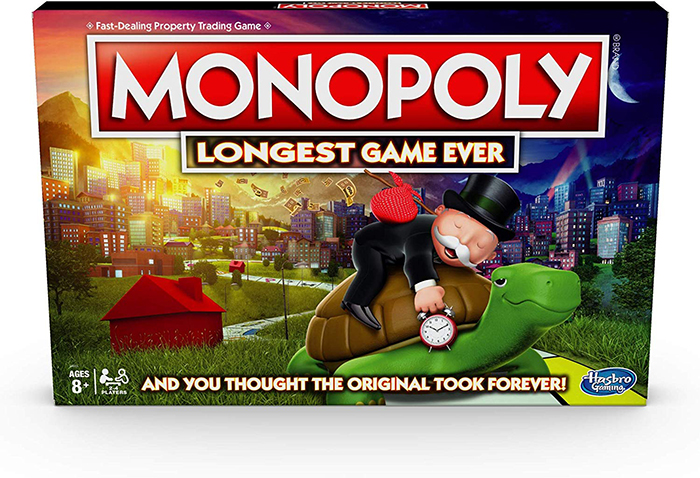 Furthermore, Monopoly Longest Game Ever edition only has one die so no more doubles. The game only ends when a player owns every single property. Not even bankruptcy can get a player out of the game. Moreover, auctions are not allowed and players are rewarded with cash each time they land on Free Parking. If a player runs out of money, they can rip the bills in half to get double smaller bills. Another exciting feature of the game is that a player can steal an owned property if they land on them and pay $10 more than the rent. Isn’t that awesome? 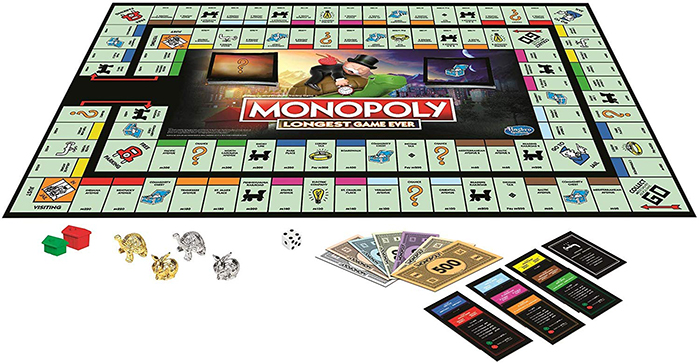 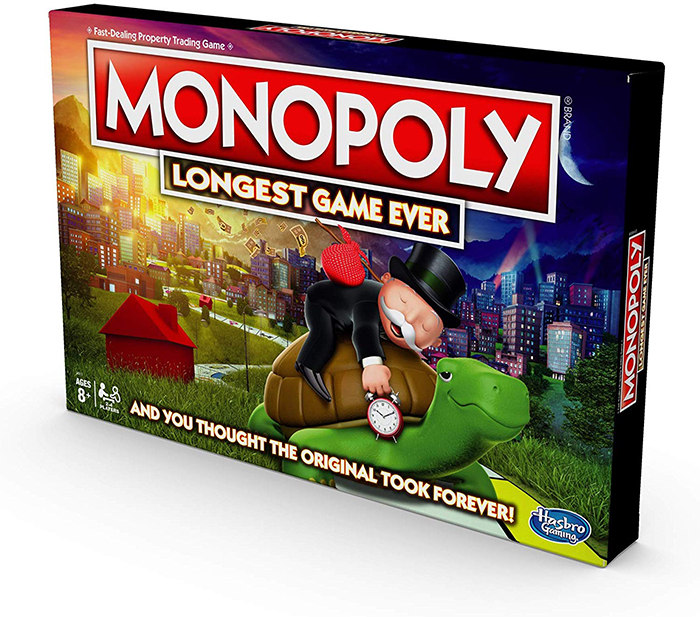 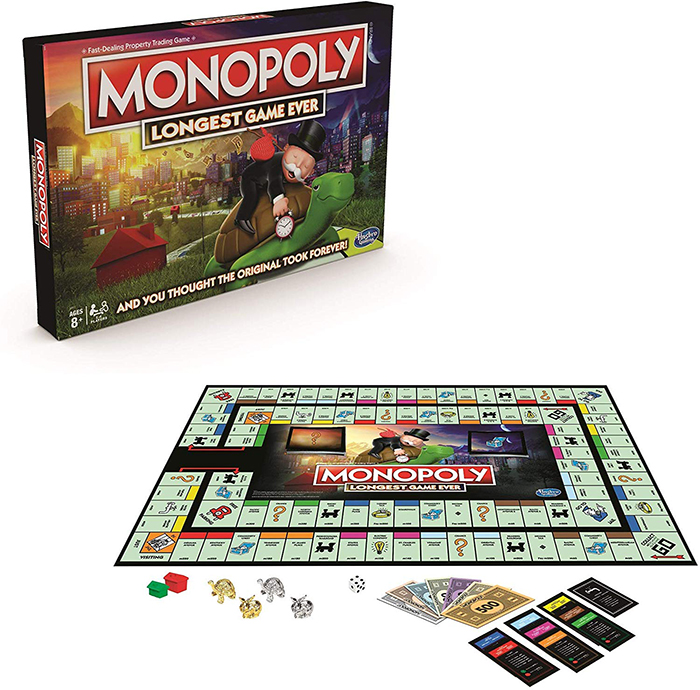 And you won’t be seeing the original Monopoly pieces in this new version. Instead of the top hat and the racing car, you will have the tortoise and the hare. Just like the classic game, the Monopoly Longest Game Ever edition also includes the traditional elements such as Chance Cards and Community Chest Cards. Of course, it also comes with houses and hotels pieces.

Jeez Louise, they aren't kidding. Day#2 commences. Excelsior! But no kidding, the Tornado community chest card is a real punch in the dick. #boxingday #monopolylongestgameever #survivalofthefittest

If you’re looking for a way to kill time (for an entire day) then you’ll need the Monopoly Longest Game Ever edition for that. Unfortunately, the item is currently unavailable but always check back here to see when stocks are back. One happy customer wrote:

“Not a fan of stealing properties by paying an extra $10, but it does make the game last longer which is exciting. My previous record time for Monopoly original board [with] 4 people [was] 18 hours. Can’t wait to break the record.”