The course of evolution is inevitable and we’re not only talking about humans but animals as well. Just like humans, animals progress and develop surprising traits over the course of time. Just take a look at this instance where a monkey breaks the glass by sharpening a stone and hitting it on the glass enclosure. How did this ape learn this escape stratagem? It’s either he saw this method from someone else or perhaps this can be the start of the rise of the planet of the apes. Okay, forget the latter assumption. But this occurrence is a clear manifestation that animals have the ability to think like humans when the situation calls for it.

The cute monkey is a resident of Zhengzhou Zoo in Central China. Confined inside a tempered glass enclosure along with other apes, this particular monkey attempted to do the impossible. Visitors began to wonder when they saw this Columbian white-faced Capuchin sharpening a rock. They were alarmed when the monkey started hitting the glass pane, probably realizing what the monkey was up to. After repeatedly pounding the glass with the pointed rock, the glass eventually broke. The moment the monkey breaks the glass, the spectators screamed which took the monkey by surprise and forced it to run away from the shattered glass. Staff immediately ran to the site and removed all the stones in the enclosure. 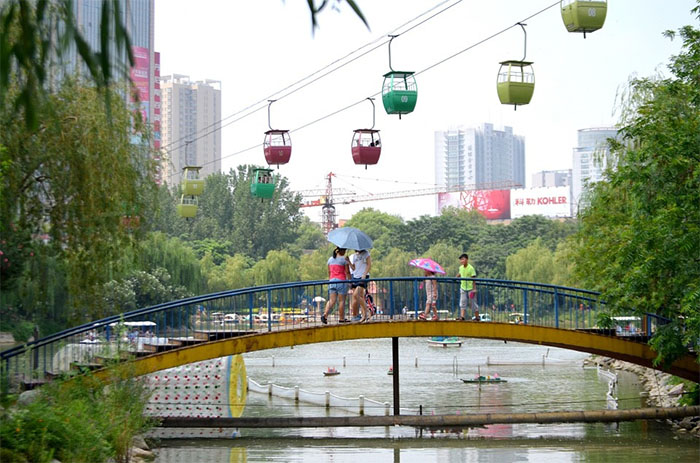 Zookeepers claim that this particular monkey is smarter than other apes in the zoo. According to them, it is the only one who uses tools to crack walnuts. They often see the monkey sharpening some rocks but they paid little attention to it because they thought it is for the walnuts. As it turns out, the smart monkey was actually creating a ‘weapon’ that can aid its escape. 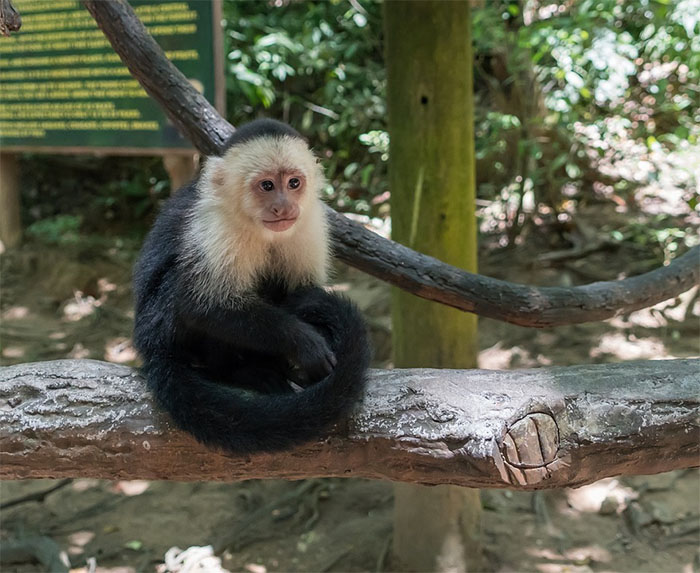 For those who rarely interact with apes, seeing a monkey create a tool out of stone is quite surprising. But for animal specialists, seeing a tool-yielding ape is actually nothing new. Capuchin monkeys and their other relatives have the capability to produce stone tools in their natural environments. Hence, this ability is already inherent to these primate species. Since intrinsic traits can be passed on from one generation to the next, even those in captivity can also manifest this ability. So if you think ape invasion is underway then sorry to burst your bubbles, but it’s not.

Here’s what people had to say about this clever monkey